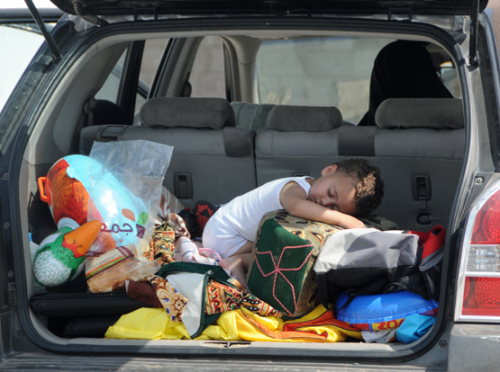 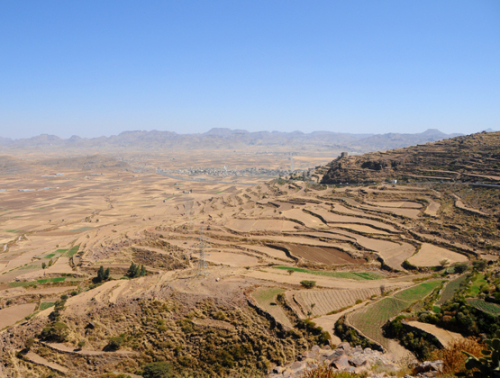 After I was done visiting Sana’a, I took a road trip south with my goal being the Arabian Sea. Police road blocks and impressive scenery kept me entertained all the way to Aden. Above is a family who was packing for a road trip of their own. On the right is one of the first views I saw. 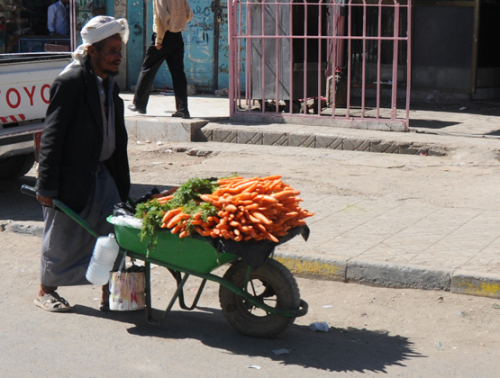 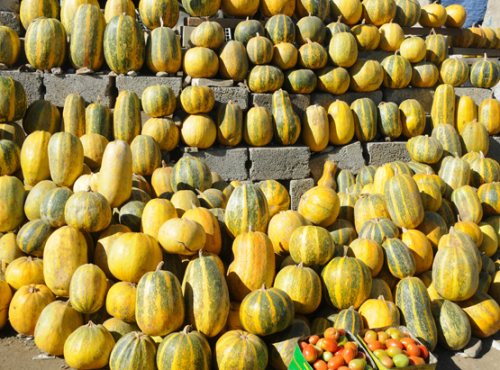 The few towns I passed through had lots of people selling carrots and pumpkins for some reason. I thought this was a strange combination, or at least I wasn’t expecting to see wheel barrels of carrots and dozens of pumpkins lining up the streets in Yemen. 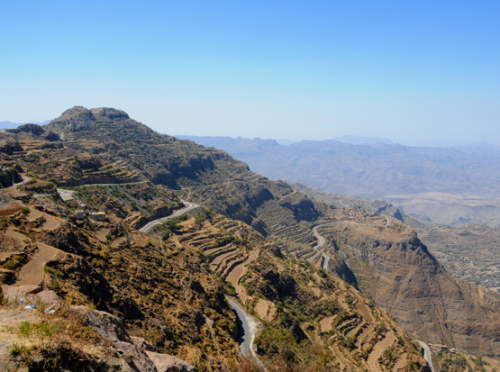 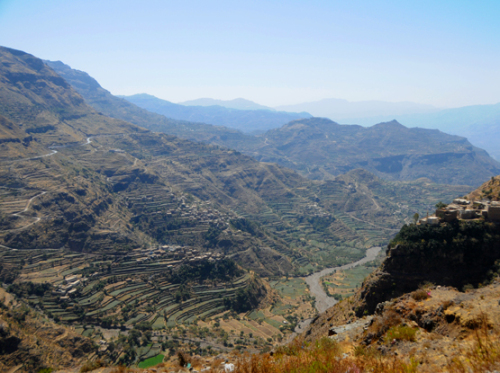 Some of the roads reach nearly 10,000 feet along the drive south. I’m not sure how high I was at this point in these two photos above, but I’d say definitely over 8,000 feet. The trip from Sana’a to Aden isn’t very far in terms of distance, but windy roads like these add lots of miles. 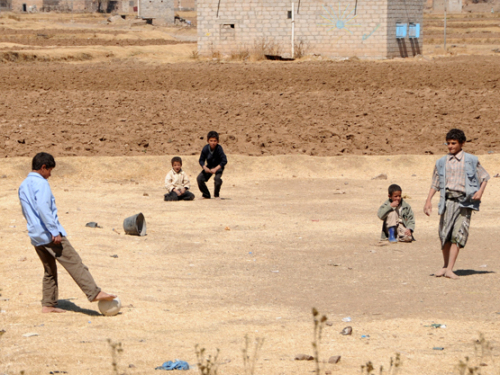 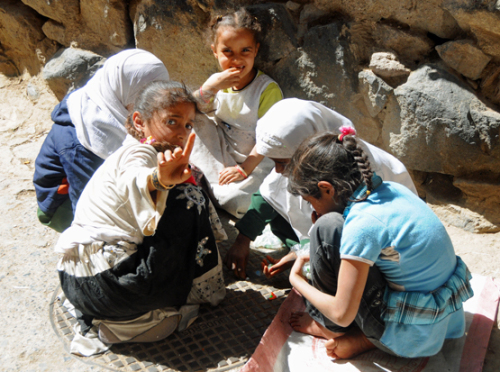 Looks like the international sport soccer is common here in Yemen for boys as well. The kids on the right were playing some type of game that involved rolling stones onto a sewer lid. I wasn’t sure if the sewer lid was their by coincidence, but later I saw other kids playing it the same way. 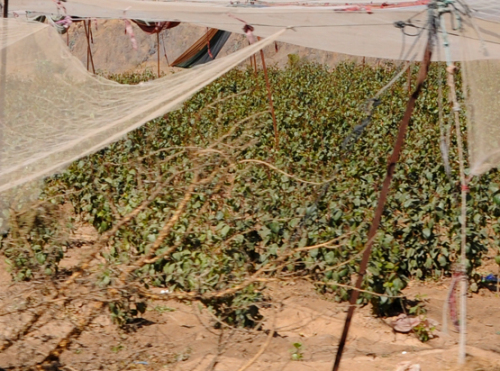 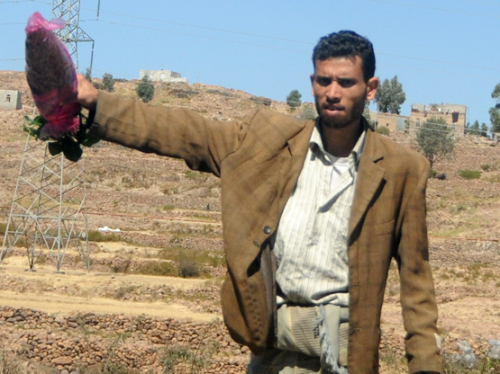 Just like in east Africa, across the red sea here in Yemen khat is very popular. I had seen khat before in Somalia, Djibouti and Ethiopia, and even though I knew it was used in the middle east I never realized it was also grown here. On the upper left is part of a khat farm that I passed by along the highway. On the upper right is one of several guys along the street trying to sell it to passing motorists. A local in Yemen told me the khat that is grown here is not nearly as strong as the ones used in eastern Africa. I tried it in Ethiopia once, but didn’t care to try again here. 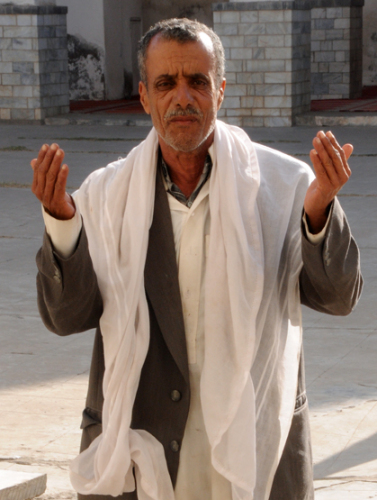 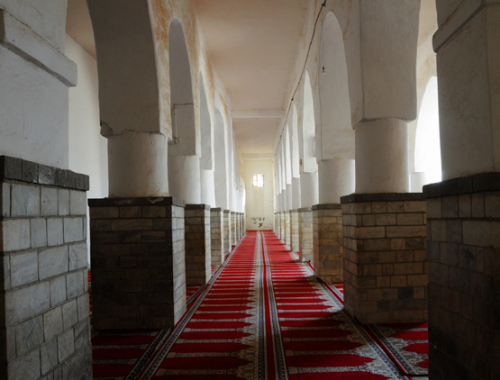 Most Muslim countries I’ve visited don’t like me going in their mosques since I don’t share their beliefs. In the towns of Jiblah and Ibb, both of their mosques had people who were determined to get me inside. Above is the mosque of Jiblah, with one of the religious leaders giving me a quick tour. The only other mosques I have been inside out of the dozen of Muslim countries I’ve ever visited is Afghanistan of all places. 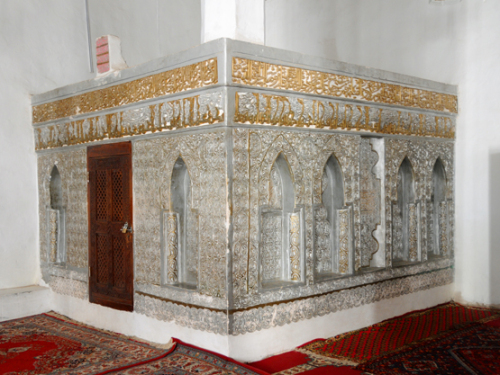 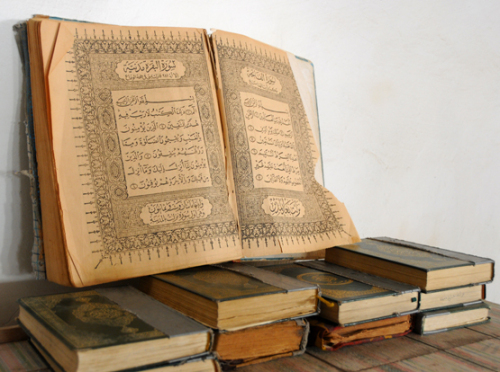 Inside the mosque that I visited in the city of Ibb, is queen Awra’s tomb on the left, and on the right some ancient qurans that someone took out for me to see. He claimed the qurans were about 500 years old, the experience here reminded me of visiting an ancient church in Ethiopia where I was shown ancient bibles that were supposedly over a 1,000 years old while in the ancient city of Axum. 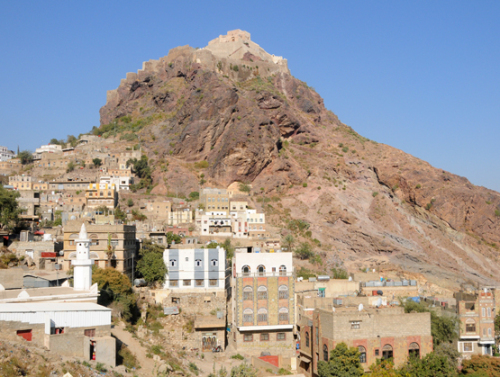 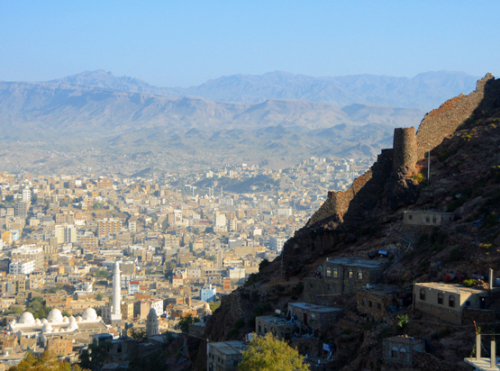 Above are two photos of the city of Taiz, located more than halfway between Sana’a and Aden. I just stopped by this city on the way to Aden actually, but I had to visit the castle on top of the mountain on the upper left photo which watches over all of Taiz. Later I regretted not spending more time here when I found out Taiz was the capital of Yemen for hundreds of years. Taiz swapped with Sana’a several times as the capital in more recent times, and finally Sana’a became the permanent capital in 1962. I think either way the ancient castle which is known as castle Qalat al-Qahira and was built some 700 years ago is the highlight of the city. For several hundred years as well, the city was protected by an enormous wall that scaled up mountains and circled all of Taiz. On the right you can see a large part of the wall descending down steep terrain. 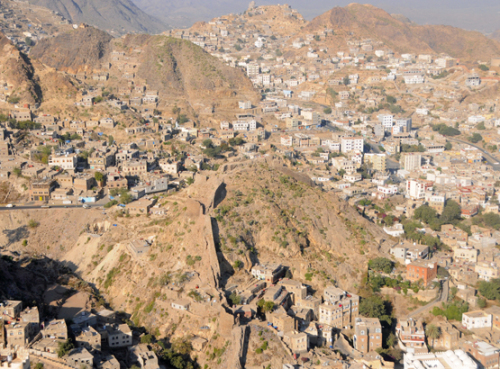 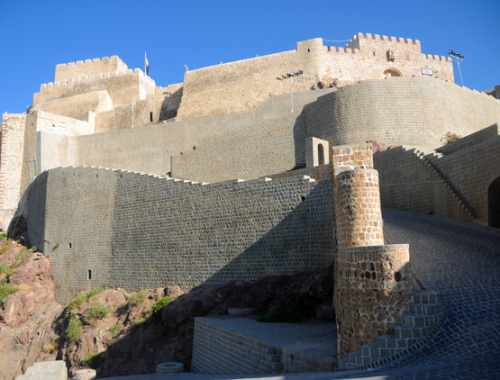 The photo on the left was taken of the city from one of the highest points in the city. You can see part of the city’s old wall going up the center part of the photo before it goes out of view behind the small hill. On the right is a photo of the main part of the castle. 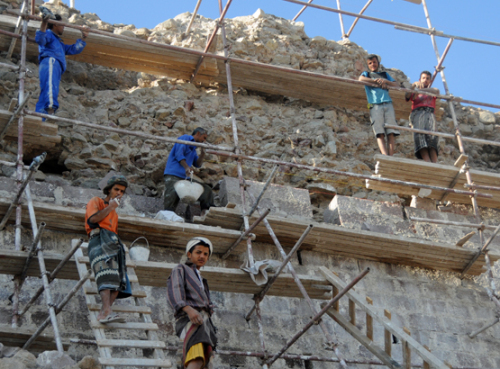 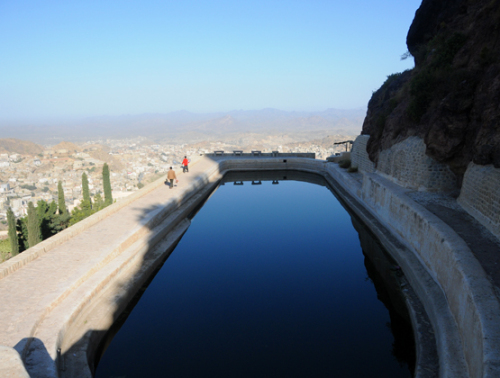 Castle Qalat al-Qahira had several parts that were under restoration. These guys on the left asked me to take their photo while they were hard at work. I think a lot of the work here is a bit dangerous since the scaffolding and lack of regulations leaves them hanging over some dangerous drops most of the time. The pool on the right was no exception, but that’s what made it so amazing having a large body of water by a sheer wall. 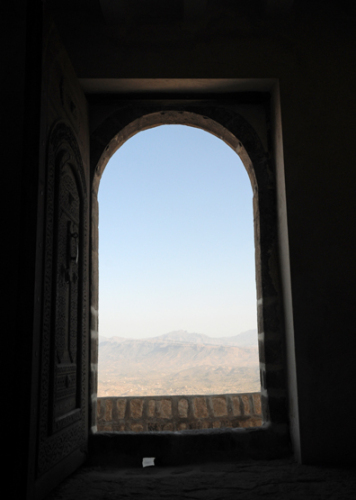 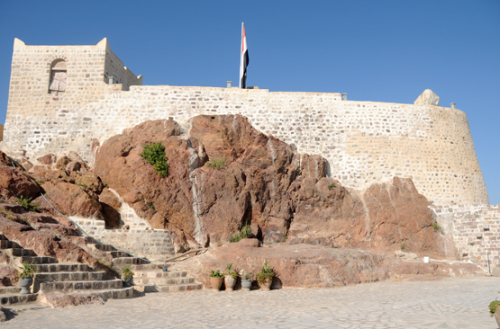 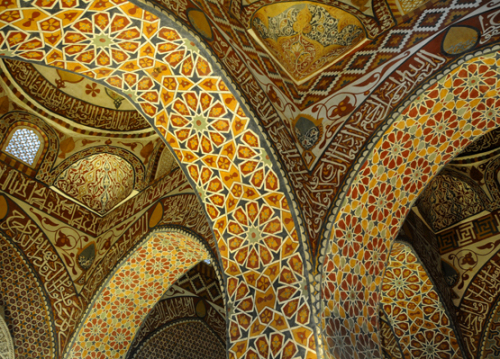 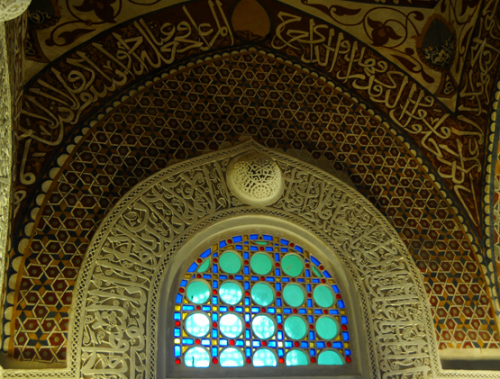 One other place I did visit in Taiz before moving on was the Al-Ashrafiya mosque. Like the castle Qalat al-Qahira, the mosque here was under complete restoration, so some parts weren’t worth taking any photos. The ceiling however was the only thing that seemed to be completely restored. Aside from the King’s Mosque, the inside here had some of the most beautiful decorations I’ve ever seen inside a mosque.