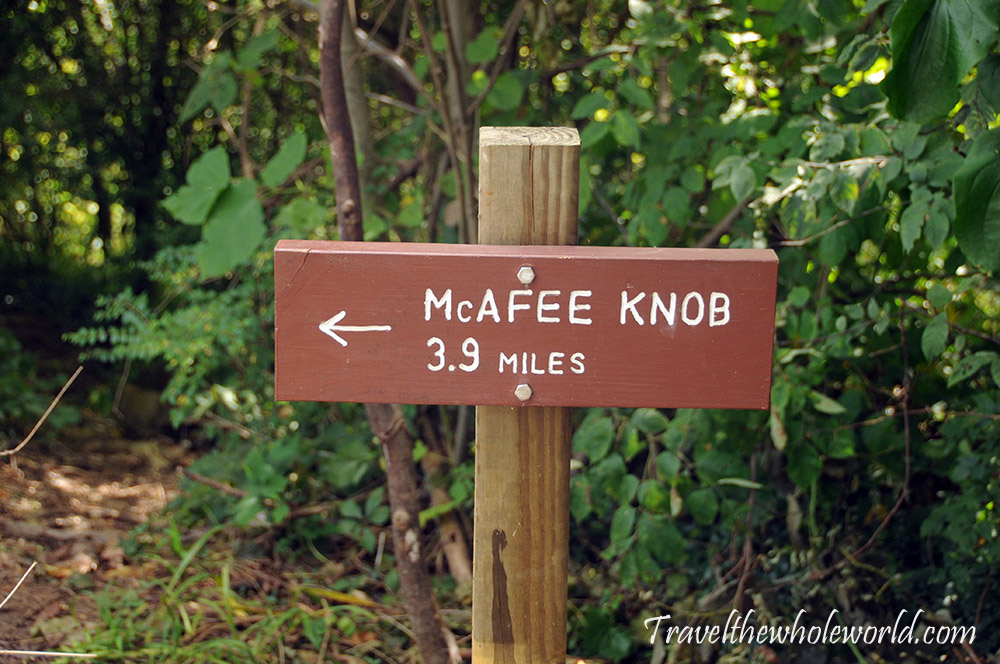 Right in the heart of Virginia’s portion of the Appalachian trail is one of the best hikes in the state. Somehow I spent my entire life in Virginia and I never heard of McAfee Knob until I was in my 30’s! The hike is relatively short, and just under four miles each way with an elevation gain of 1,300 feet (400 meters). This sign above marks the starting point. 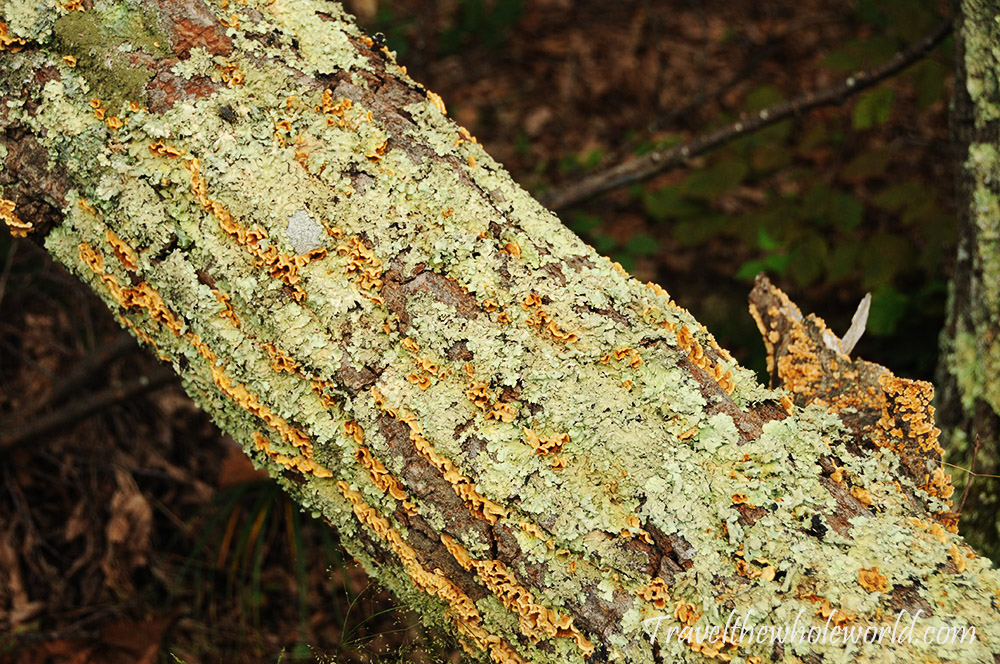 The scenery along the trail starts off with beautiful woodlands. Some of the fallen trees were covered in colorful moss and lichen like this picture above. The scenery was great but I didn’t have too much luck with wildlife on the hike. The only things I caught with my camera if they even count were a few bugs and this Dagger Moth Caterpillar below. I did come across a lizard and some birds but they were all too quick for me! 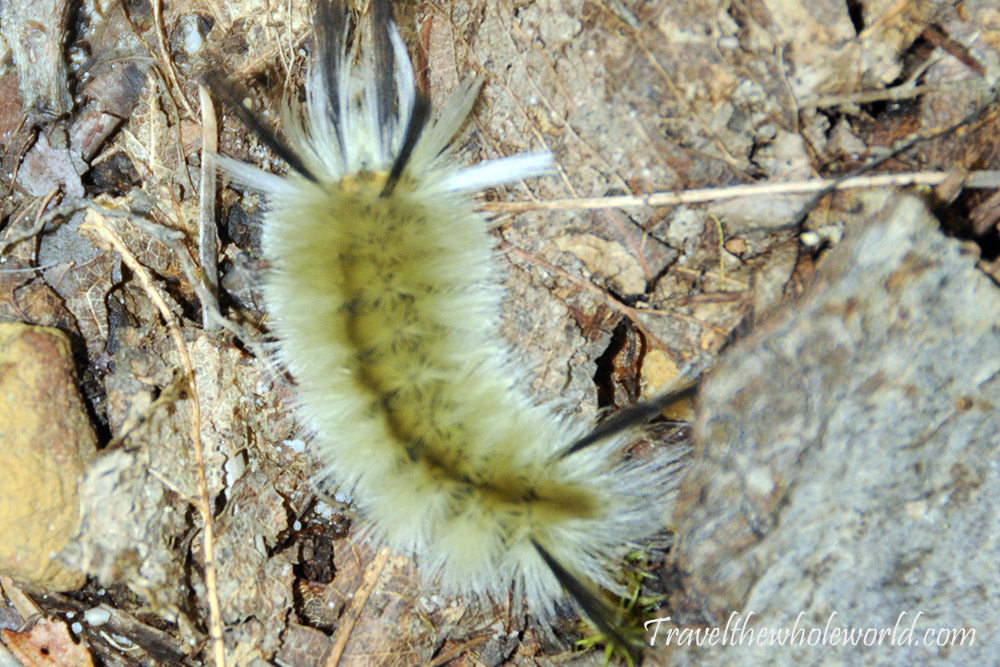 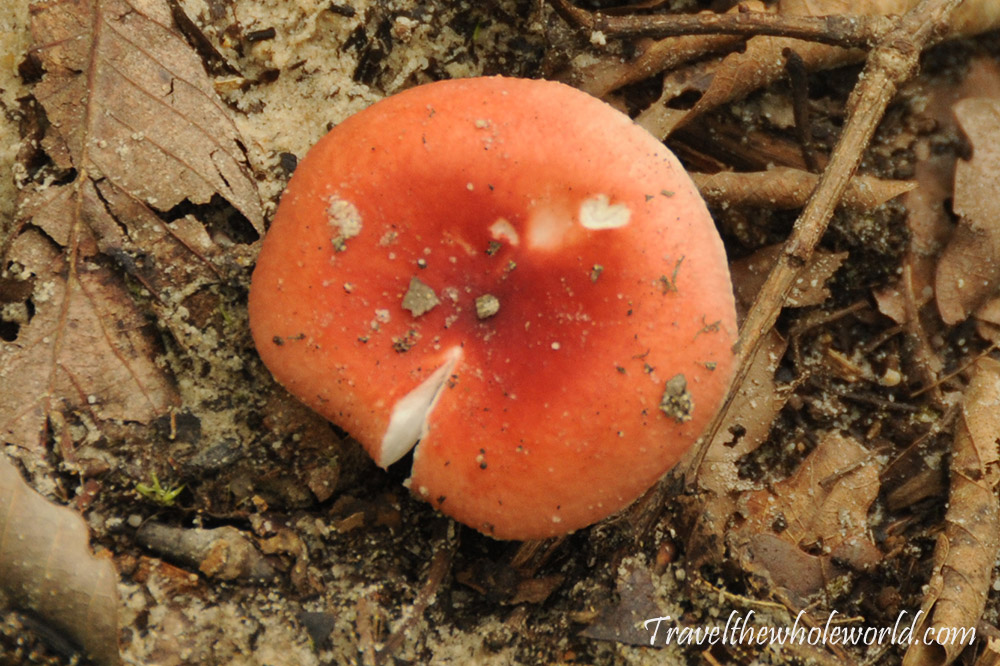 I’ve never gone foraging for mushrooms, but there seemed to be tons of them along the entire hike. I’ve no idea what the above species is, but I’m fairly confident that the one below are the poisonous Jack-O-Latern mushrooms. 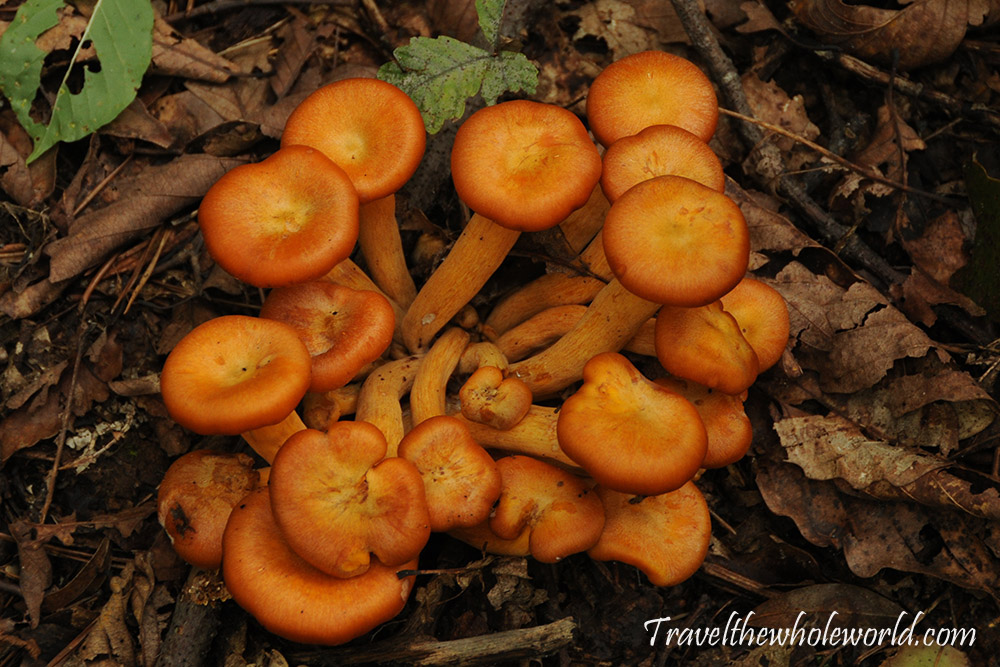 Continuing up the mountain the trail never really gets too steep, but it offers a little bit of everything. At one point you’ll find yourself using stairs made of logs, then later trekking along mulch and small rocks, and even parts of the trail that are covered in sand. This part of the trail photographed above involved navigating around some large boulders. None of it too demanding of course! 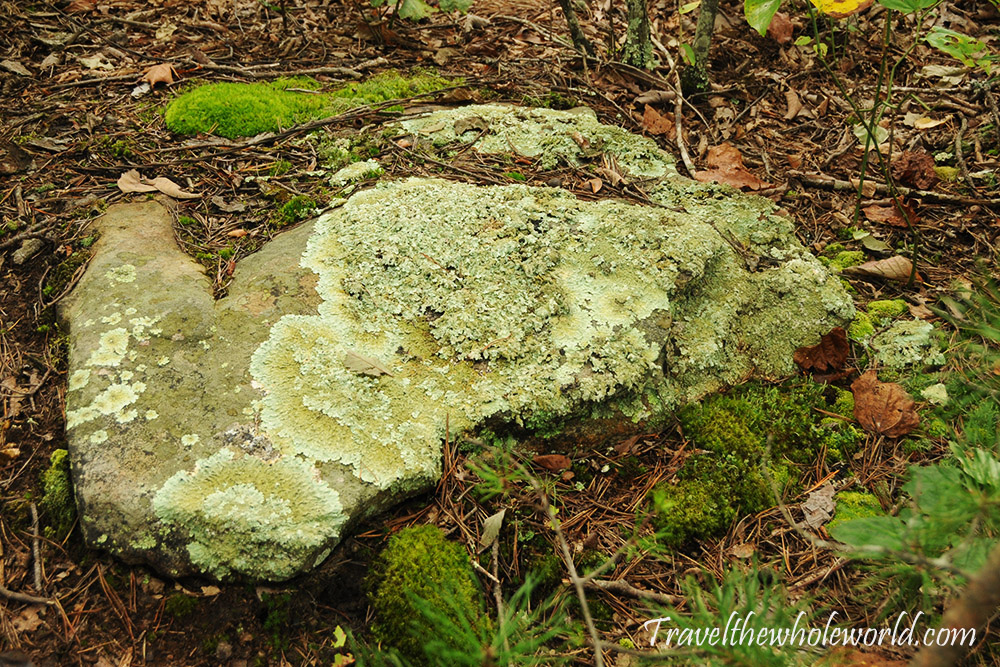 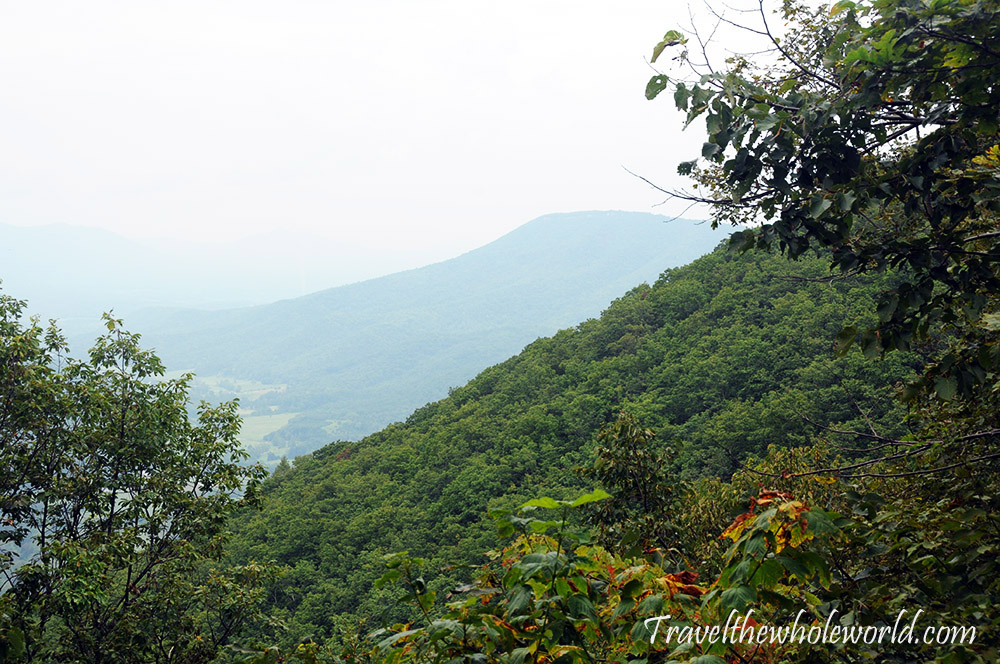 It wasn’t until I was around three miles (five kilometers) in that I began to see some good views. You’re still in the trees here, but there are a few various points where you can get a glimpse of the valley below. From here I was able to spot the surrounding mountains, farmlands, and even this giant mansion in the distance. 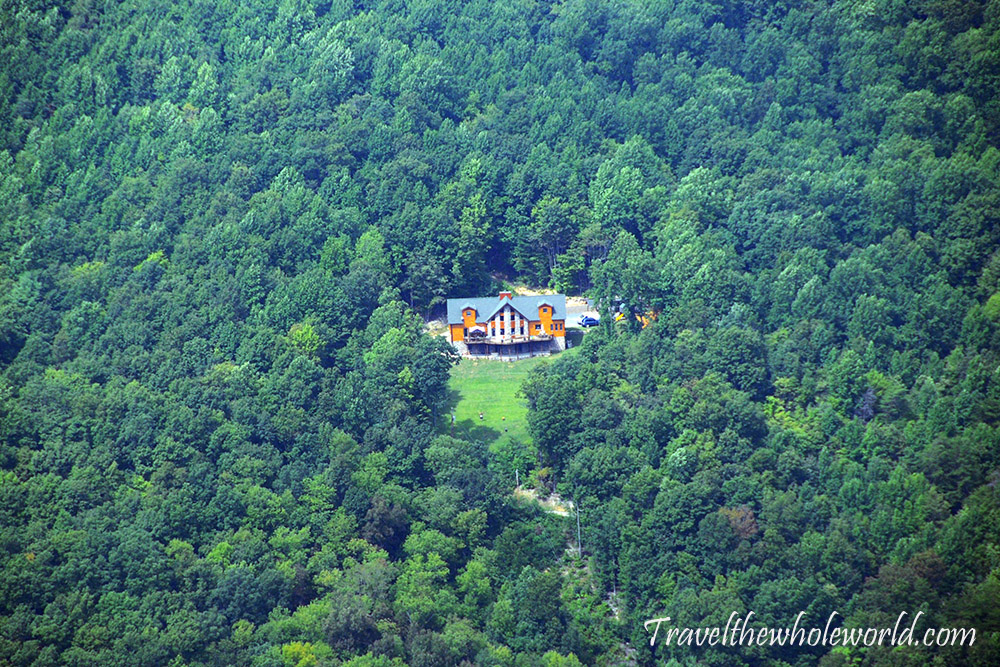 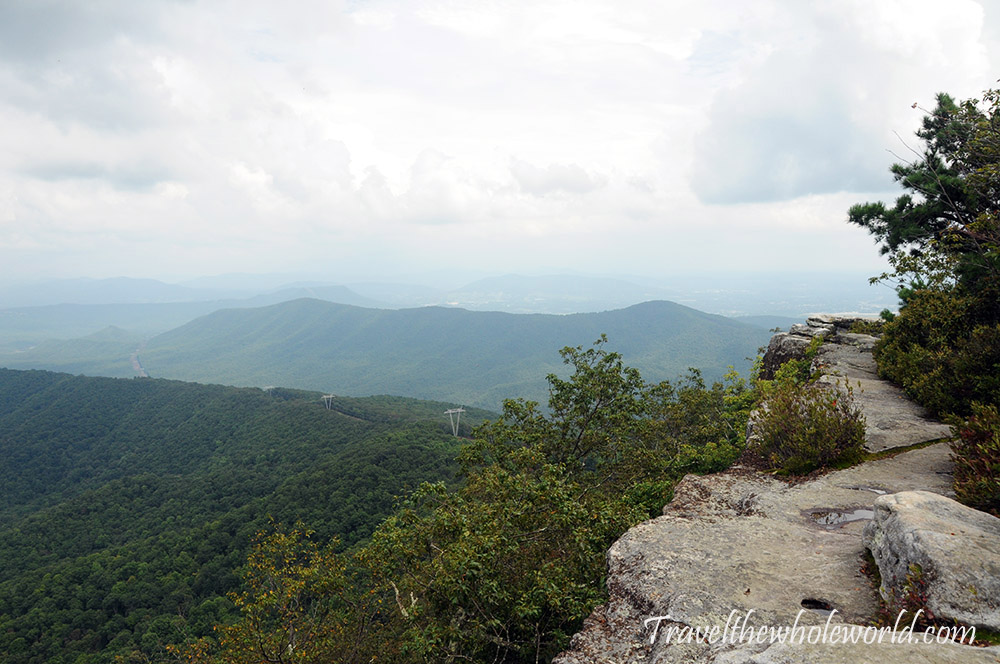 The hike up McAfee Knob itself is enjoyable, but the real reward are the views from the top. The end of the hike will put you about half a mile higher than the surrounding terrain giving you some of the best views in Virginia’s mountains. This photo above shows the final leg of the hike with the summit just a minute away. 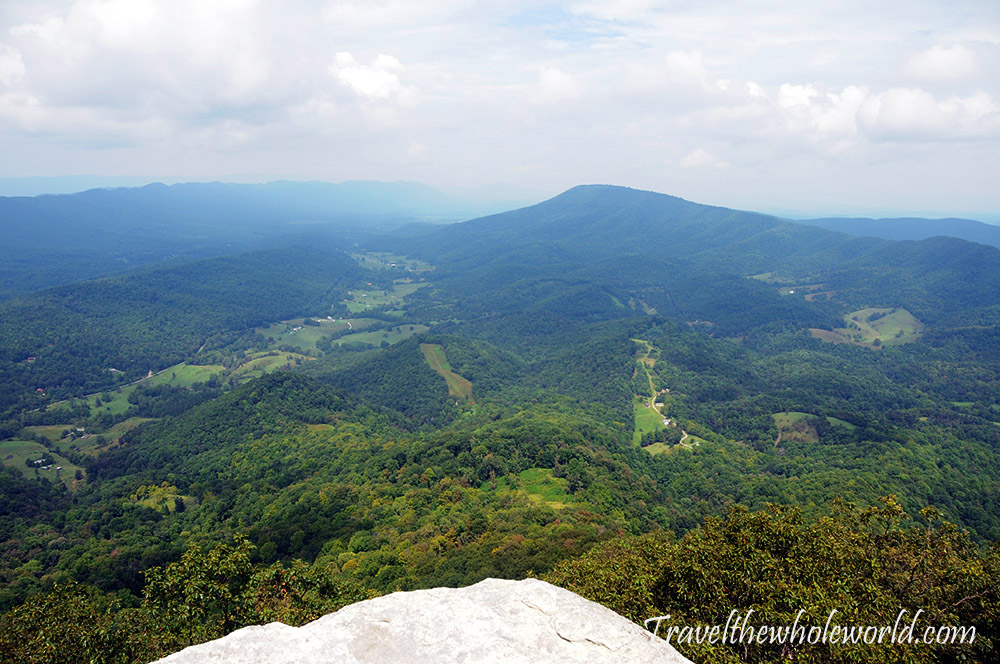 What makes McAfee knob special is how it dramatically protrudes out over the valley. The Appalachian trial was once the longest foot trail in the world spanning from Georgia to Maine. And within all those countless views McAfee Knob is the most photographed point! The photo above shows the view from the summit, and below is the famous overhang. There are much more dramatic photos of the summit, and I’ll be sure to do a better job when I return! 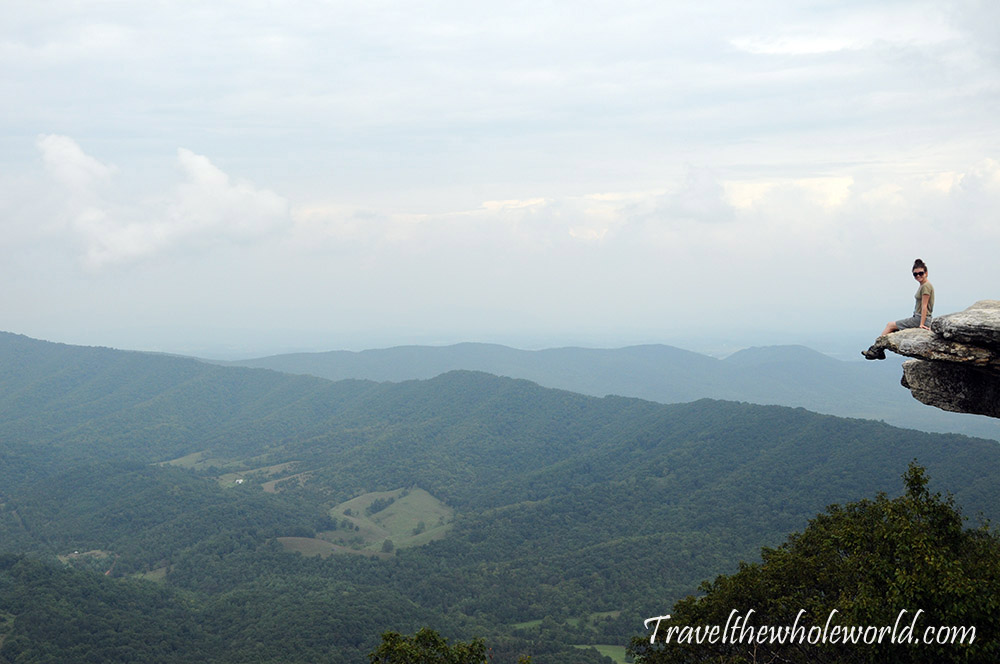