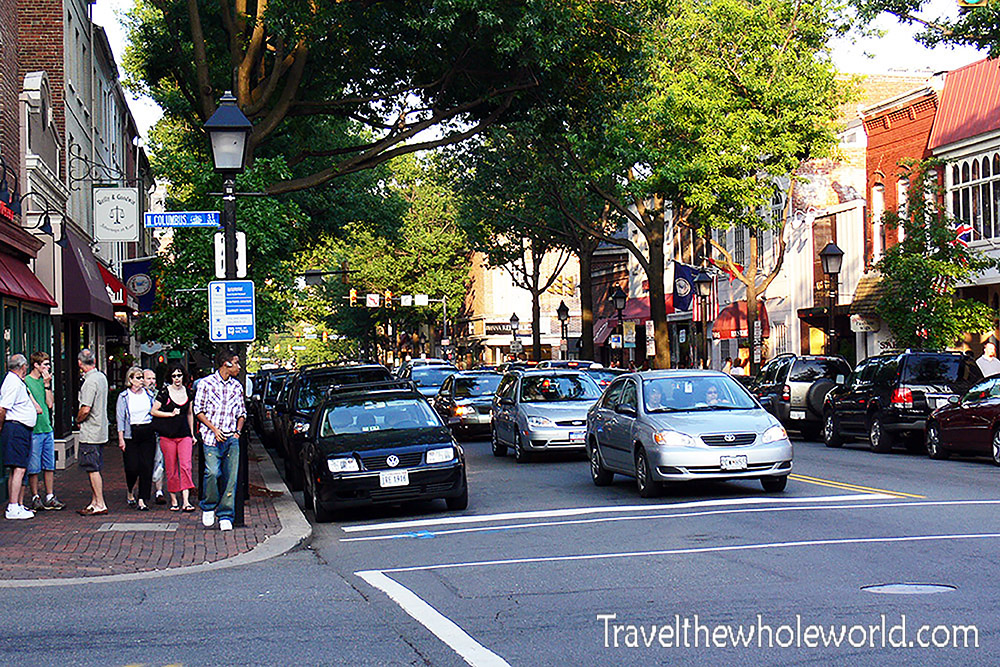 One of the best colonial neighborhoods in the United States in my opinion is Old Town, Alexandria. Lots of older cities in the country have their historic or old town districts. To my knowledge though, Alexandria is one of the largest in the entire country. Old town Alexandria is known among locals for its history, cobblestone streets, and its waterfront along the Potomac River. 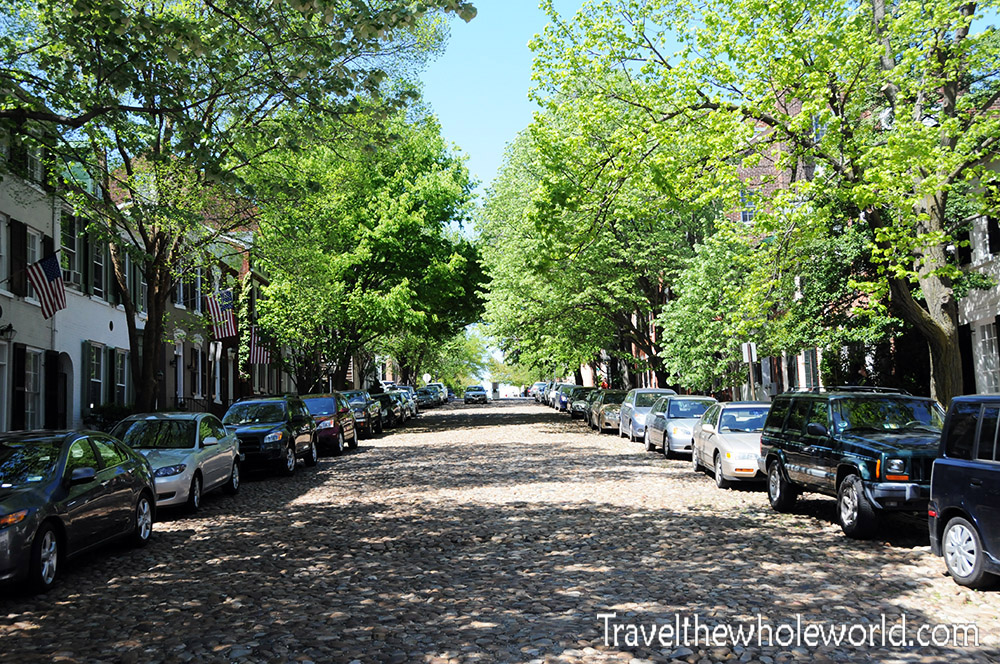 Some of the northern streets in Old Town are still cobblestone. At one time the entire city was cobblestone but they decided to replace it with modern streets. They are fun to walk along but more annoying to drive on, especially for those who actually live here! 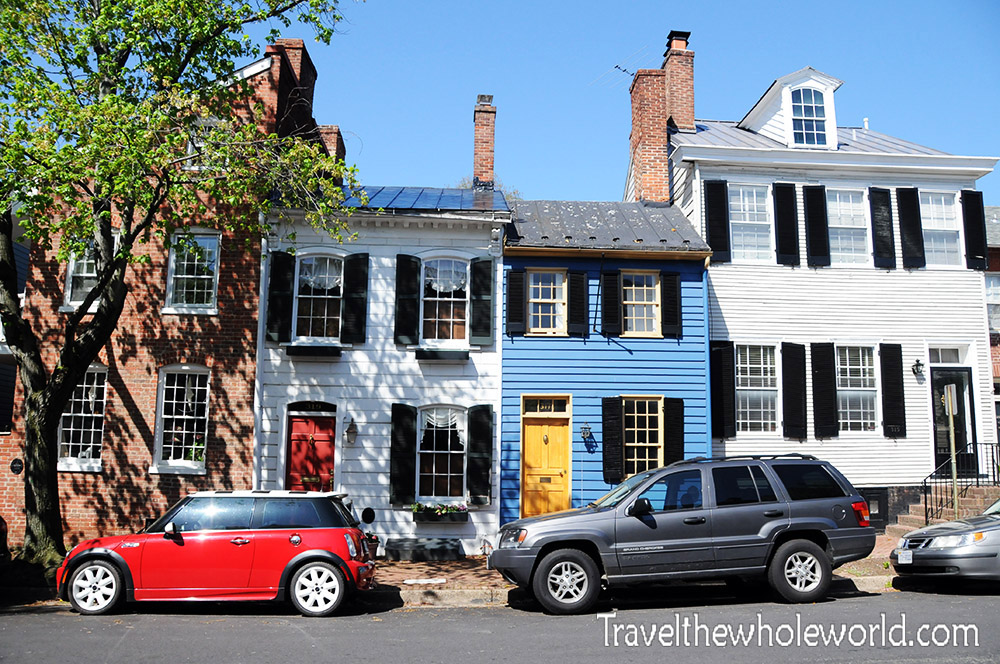 Most of Old Town is made up of town homes. While these might look small and simple, don’t let that deceive you! The average price of a house in Old Town is nearly a million dollars. It’s easily one of the most expensive places to live in not just Virginia but the entire country. Not all seem happy to live here though, like this dog below. 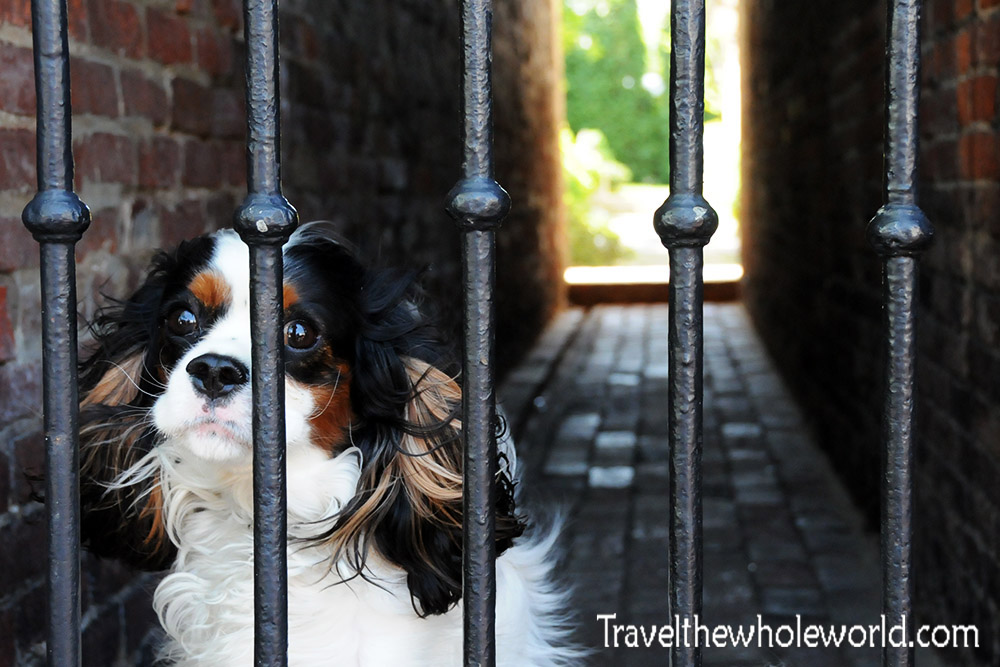 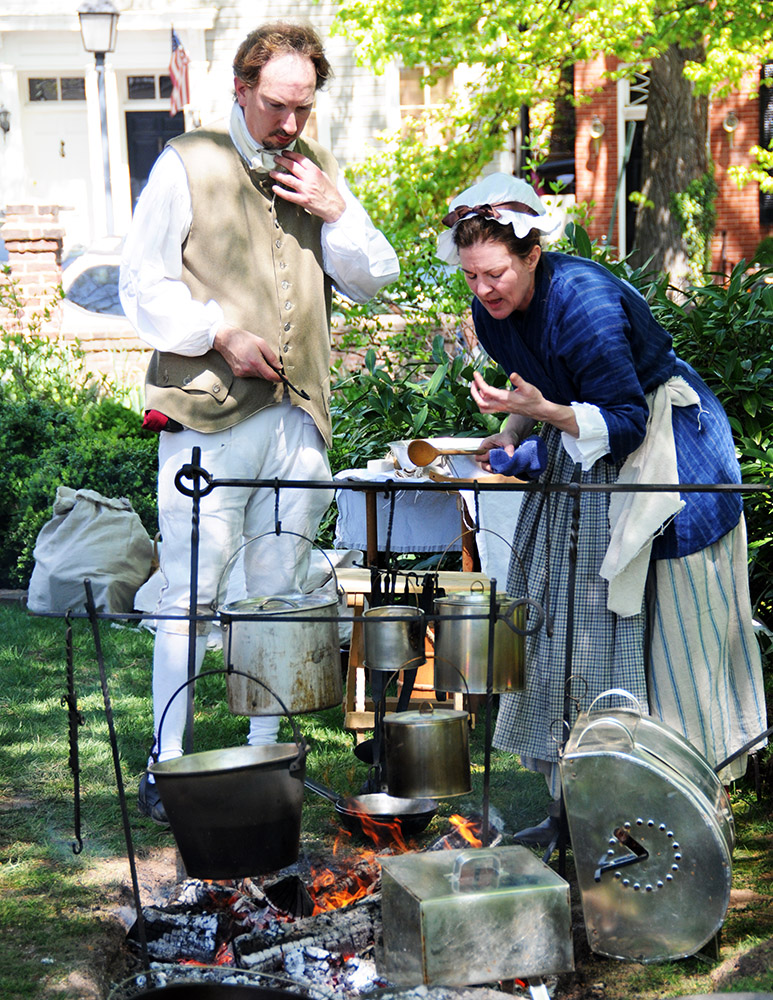 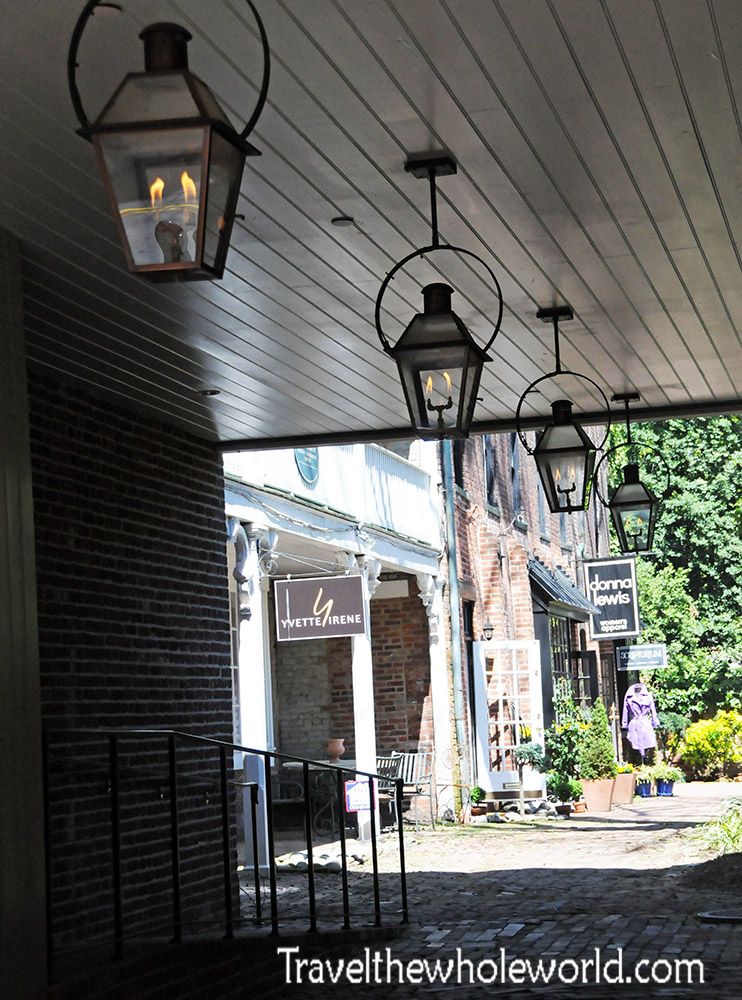 There are a few bars in old town that can be fun for nightlife, but with Arlington and DC so close this normally wouldn’t be a typical place to spend your Saturday night. There are however, a lot of historic places to explore and fancy restaurants along the waterfront that have a nice view of Washington DC. These three photos were just random pictures I took around the neighborhood. There are a ton of locally owned and specialty shops such as the ones on the right. 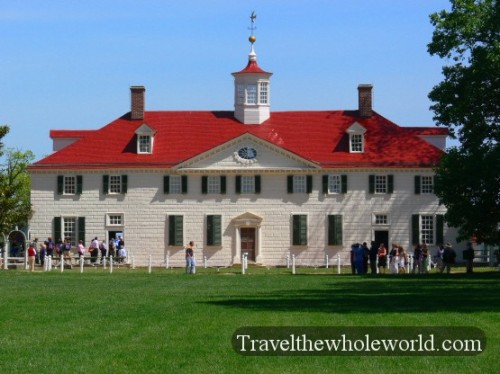 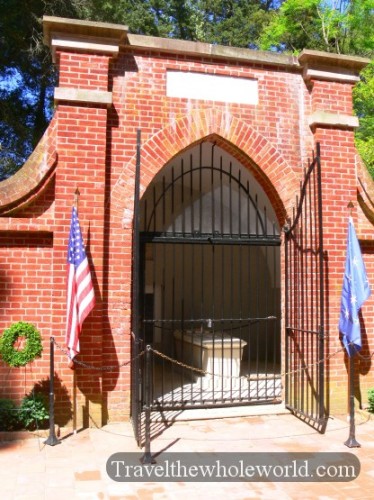 As I said earlier, many of the founding fathers lived in Northern Virginia. Above is George Washington’s mansion called Mt. Vernon, the first president of the United States. George Washington lived in Mt. Vernon well before the Revolutionary War and his presidency. As he fought in the revolutionary war, he was not able to reside in the mansion for about 8 years. After his presidency, he retired back to the mansion where he spent the rest of his life. On the left is a photo of the main mansion that he lived in, on the right is the tomb of George Washington located in Mt. Vernon. 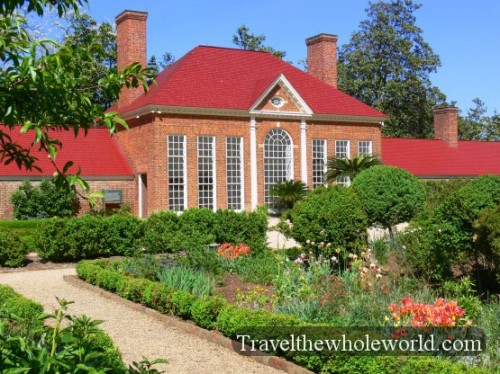 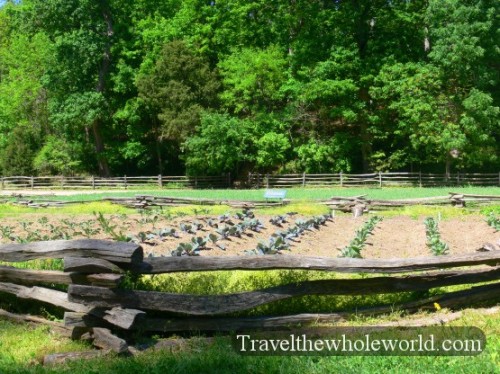 Although George Washington will forever be famous for his accomplishments as a statesmen, an officer at war, and the first President of the United States, he was also considered a great farmer. Before and after his presidency, he spent a lot of time maintaining gardens and farms which are still maintained to this day. His property has plenty of other interesting areas, and even has an overlook of the Potomac. 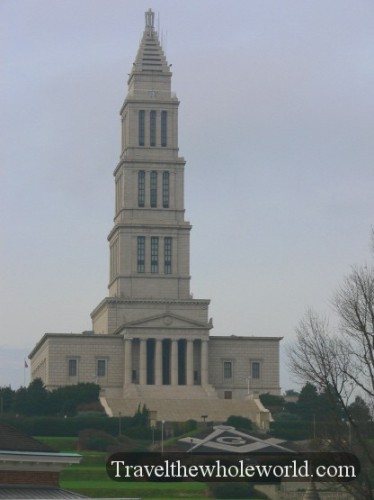 The downtown areas of Old Town Alexandria are dominated by specialty shops and restaurants, historic buildings and the Masonic Temple. The Masonic temple seen on the upper left is also a museum and monument dedicated to George Washington. On the right is a spring photo of King Street. 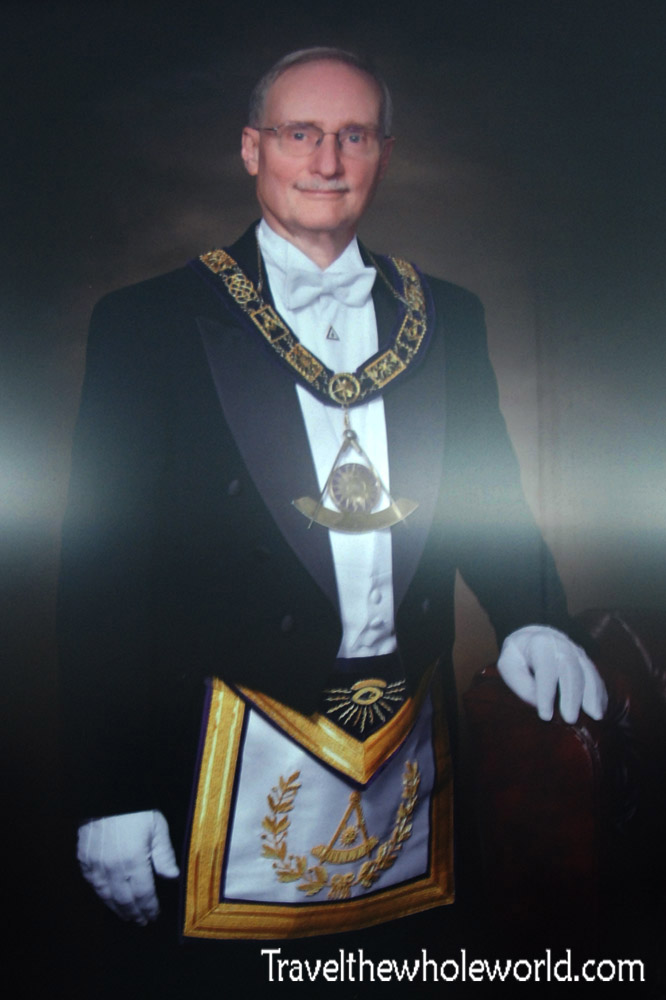 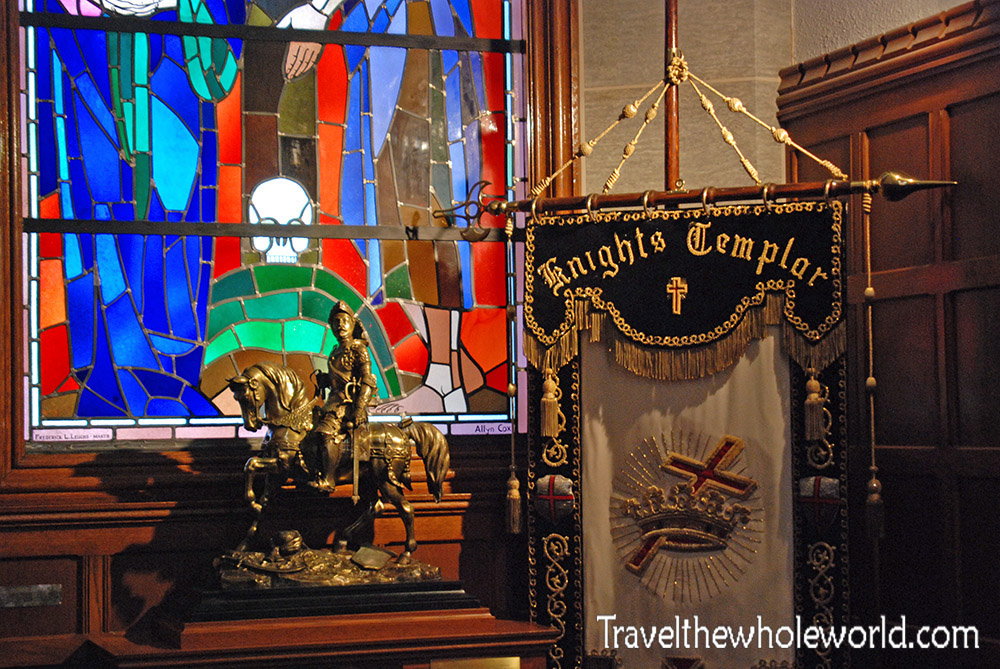 George Washington was a Free Mason, and the Masonic temple details their origins and practices. The date of the origins of the Free Masons is not for certain, but most agree that the fraternity started at least 500 years ago. Inside this Masonic Temple you will find several different floors dedicated with Masonic objects that have helped influence the Free Masons. The century old fraternity continues on today, with some 5 million members. On the left is the Grand Master of 2008 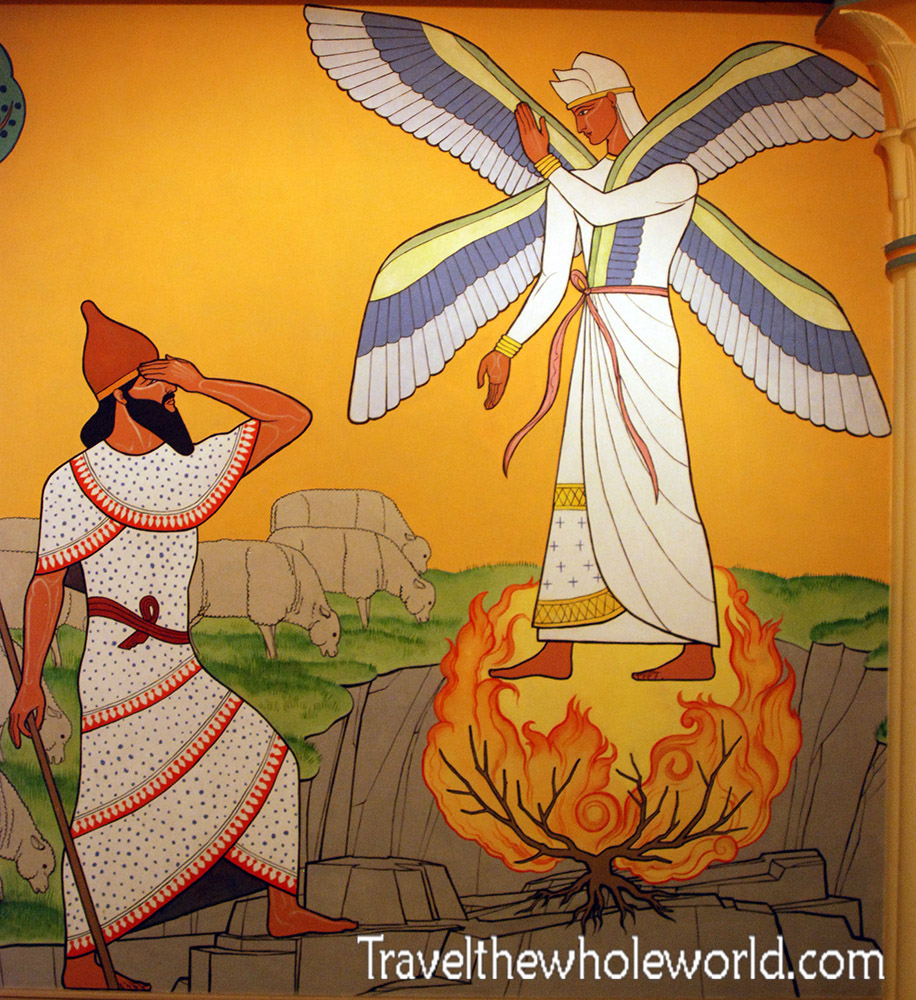 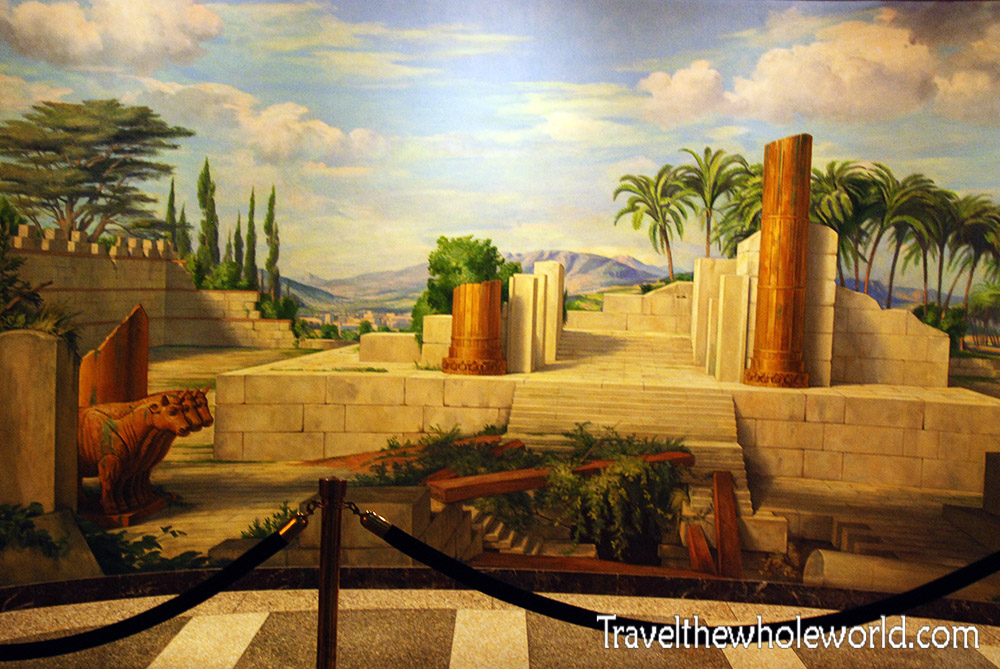 The Free Masons are not part of any religion, but do require members to believe in a higher power. These surrounding photos are taken inside of the Masonic Temple in Virginia, and show influences from other religions that helped form their beliefs. Essentially the Free Masons believe in simply being a good person and contributing to society in a positive way. New members can only join by invitation, and must come with a good reputation. On the left is a drawing of the burning bush from the Christian bible, the lower left shows the remains of Solomon’s Temple which was once an important location to Jews. Below on the right shows an American Free Mason wearing a Fez with the word Islam and an Arabian sword and crescent Moon. The plate above has the Free Mason symbol, with the Egyptian Eye of Horus in the center, also seen on the US dollar bill.