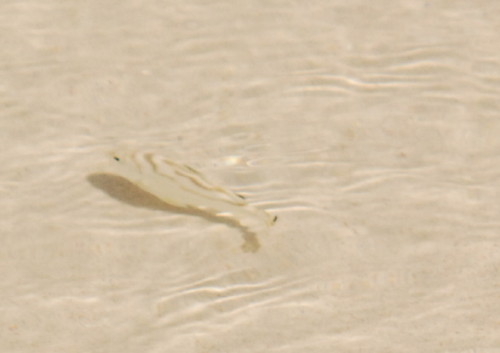 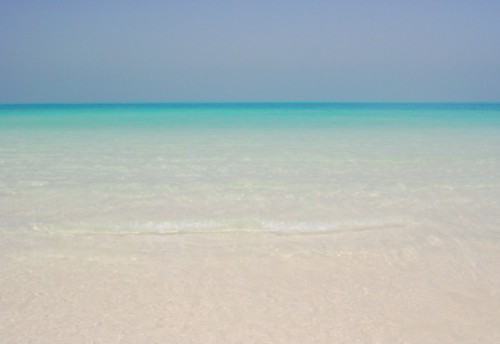 Welcome to Dubai, a Las Vegas of sorts for the middle east. This city of wonders brings people for its beaches, nightlight, and its endless luxury hotels and activities for the ultra rich. Several unique activities such as the water park Wild Wadi, camel races or even the indoor ski park make Dubai famous around. Above is a photo of the crystal clear water of the city’s beaches. The water was so clear I could walk along the shore and photograph fish. Notice how the fish’s stripes on its back look exactly like the ripples in the water for some great camouflage. 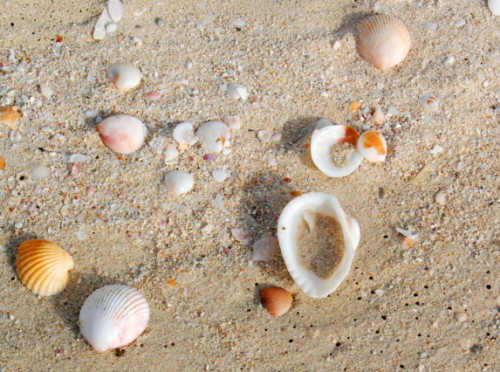 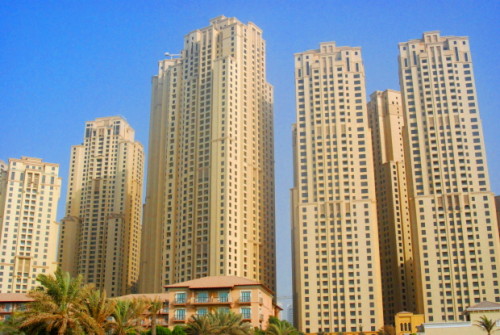 Along the beaches are dozens of hotels with some of the most expensive restaurants and rooms I have ever seen. Prices range for several hundred US dollars to over ten thousand for a single night. On the left is a group of some of the less impressive hotels on the beach. I had seen some other impressive sights but when I returned to my room I found that the photos didn’t come out clear because of the high humidity. 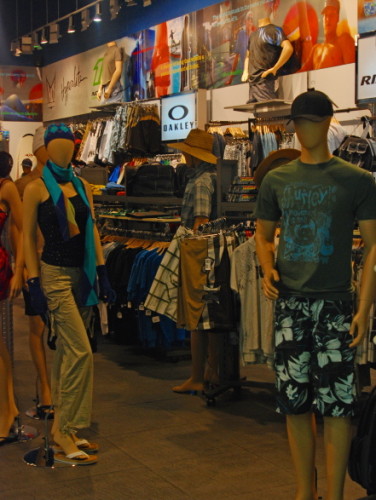 Natives of United Arab Emirates only make up 20% of the entire population in Dubai. The remaining 80% of the population is largely made up of foreign workers and tourists. Westerners, Indians, and people from surrounding countries come to the UAE for business and pleasure. The construction projects are fueling a demand for many western engineers for example. Above is a shopping mall and a beach store in downtown Dubai. 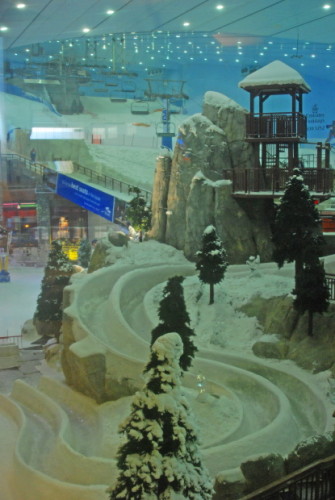 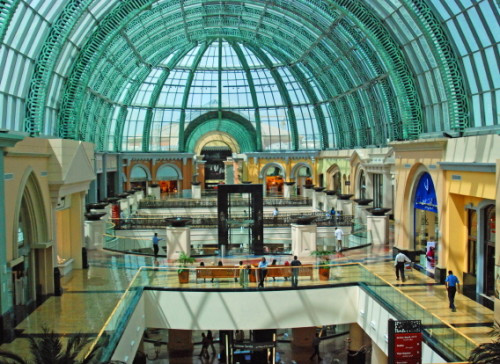 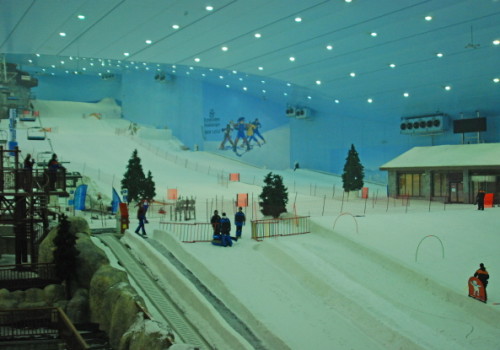 The most famous of malls in Dubai is the Mall of Emirates. It’s one of the larger shopping malls in the middle east with just above everything else you would expect to find. The mall is so large it even has it’s own indoor ski resort. One of the restaurants in the mall was right next to the resort, so you could watch people snowboard and ski while you had dinner. In hindsight I should have gone skiing but didn’t even bother to check the prices. As impressive as it is to have an indoor ski resort, you obviously can only make it so large. It seemed like you might get a moderate speed at best and last only a couple minutes. Nevertheless though, next time I’m in Dubai I hope to try it! 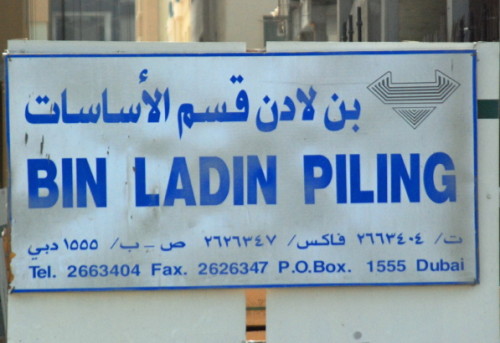 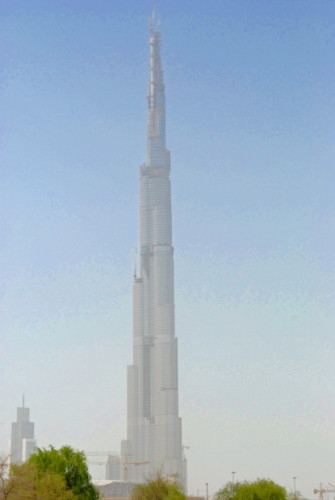 Huge shopping malls, indoor ski resorts and their large buildings are just the start of some of the unique projects going on in Dubai. On the right is the Burj Khalifa, now the tallest building and structure in the world. Burj Khalifa didn’t just barely take first place, but is higher by the second tallest building in the world by a whole 700 feet! One of my favorite things in Dubai are the artificial islands that were created just off the coast that make up several different designs if seen from high above. One includes the Palm Jemeriah which has the islands organized like the leaves of a palm. A newer one is called The World, and has several small islands with houses on them that together form all the continents. I didn’t get any photos because I never found a good vantage point that let me see the islands from a high view.

Directly to the east of Dubai is the city of Sharjah. If it wasn’t for the signs you might not know you even left Dubai since the dense cities merge into one another. Sharjah has its share of hotels and some places of cultural significance in its downtown areas, but outside it seemed to be the residential areas of South Asian workers. 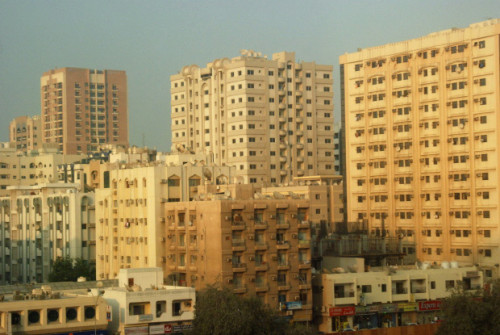 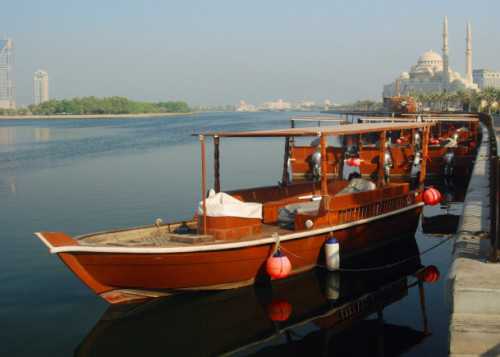 These two photos above are also from Sharjah. On the left is the waterfront with some boats tied up along a city park. The area to the right is where my hotel was. You can see it looks more like a typical city in the middle east, and its much cheaper than the rates in Dubai even though its only 20km from the city! I stayed here for around $60 a night, much cheaper than the several hundred dollar a night hotels in downtown Dubai.