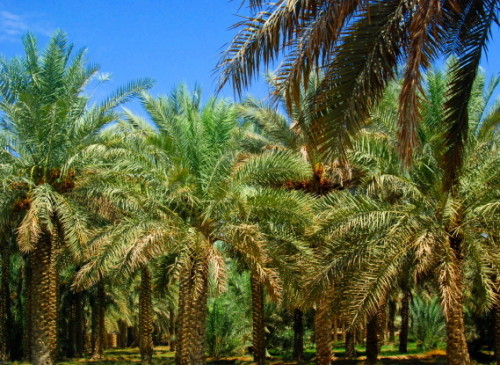 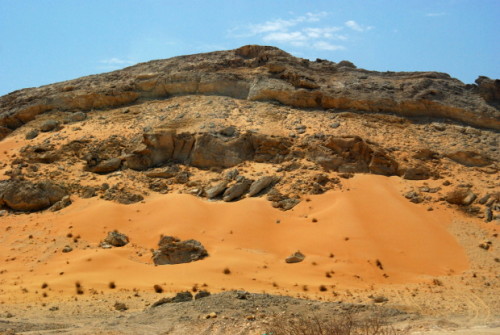 South of the UAE far from the coast; the weather is hotter and the humidity is gone. Most of the land here is flat until you being approaching the border of Oman where mountains and rock formations beginning rising out of the desert. You’ll even see the occasional Oasis here! On the left is a dry rock mountain with the Al Ain Oasis on the right. 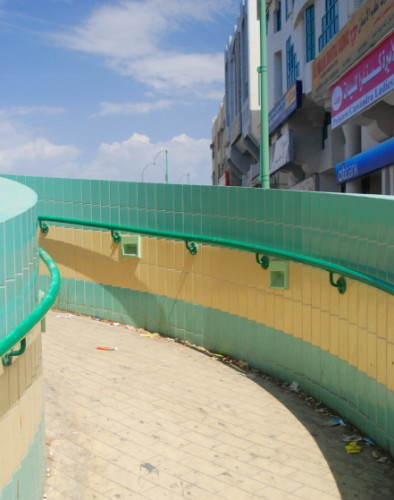 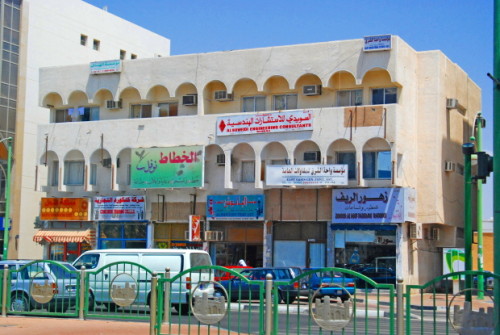 Al Ain is UAE’s third largest city and is located close to Oman. Al Ain looks more like a typical middle eastern city, and I even found a few areas that were less than immaculate! I used this foot bridge on the right and found some trash scattered about it. This was abou the worst I ever saw in the entire country as cleanliness goes which is pretty impressive. Like the rest of UAE, Al Ain is being transformed and is under construction, like the main street and a new building being built below. 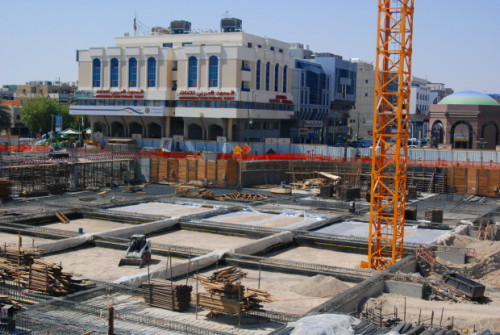 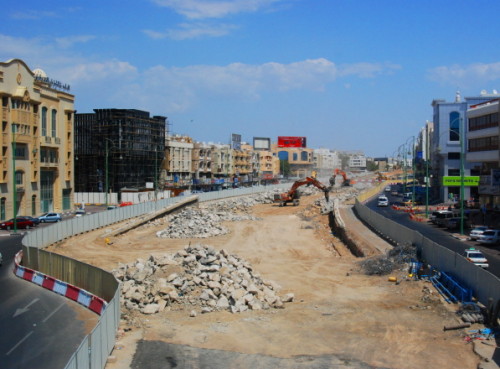 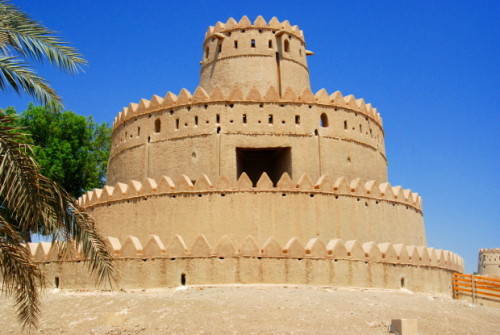 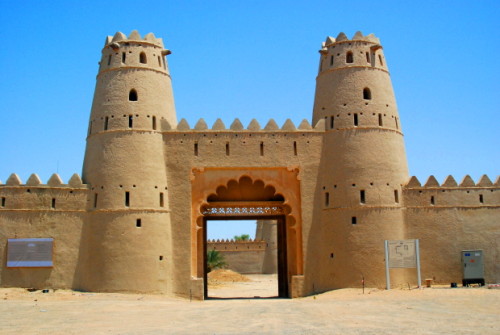 Al Ain is a good place to visit, as it is considered the culture capital of the country. Many old buildings such as Jahili Fort are found throughout the city. This fort above was built in the 19th century, so Al Ain is a great place to learn about UAE’s history. 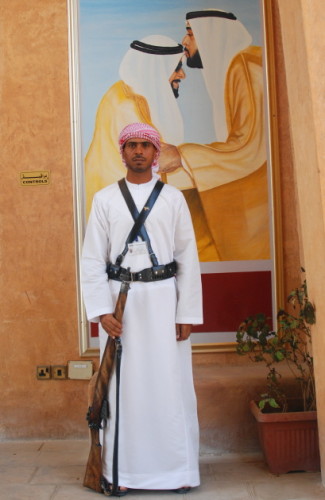 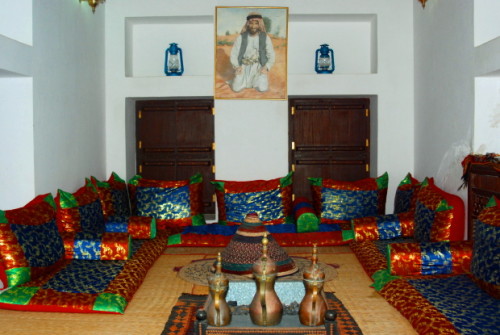 My favorite place in the city was their museum. At the time of my visit, I wasn’t a fan of museums at all. But with their restored desert village and national treasures on display, this was a fun place to explore. One of the rooms is dedicated to the royal family of UAE and shows a portrait of each King and their family tree. On the left is a Emirate soldier guarding at the front gate, on the right is one of several rooms showing how people lived not too long ago. Below shows a piece of art work on the left, with an old traditional ladder on the right. 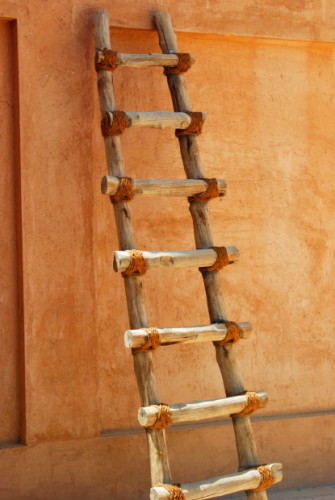 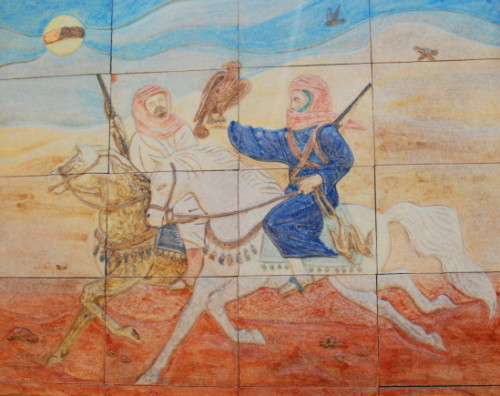 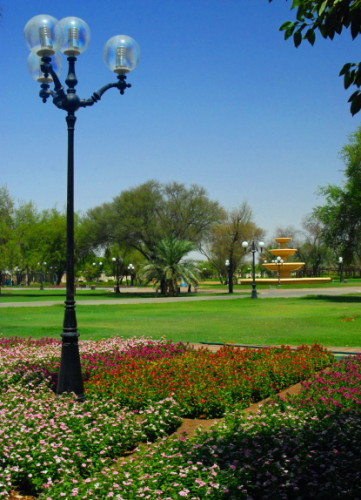 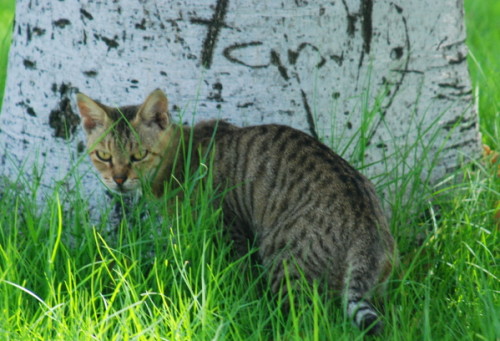 Right next to the Hili Fort is the Hili Archaeological Park. This park features ancient ruins and artifacts, although few have survived the centuries and those that did have little left. I think it’s best to view Hili archaeological park as more of a city park with a few interesting ruins. There are plenty of trees here to provide shade, and if you like bird watching then this is another reason to visit Hili, I saw several different new species I had never seen before. On the left is a lamp post in the center of a garden, which is in the middle of Hili Park. Like Dubai and Abu Dhabi’s city parks, this one had plenty of cats as well. 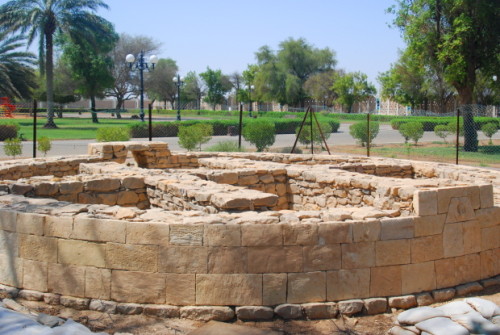 These two structures above seemed to be some of the best preserved ruins inside Hili Park. On the left is some type of stone house with two gazelles facing each other above the window. I’m not sure what this used to be on the right, perhaps the remains of a home, or even the base of a larger building.