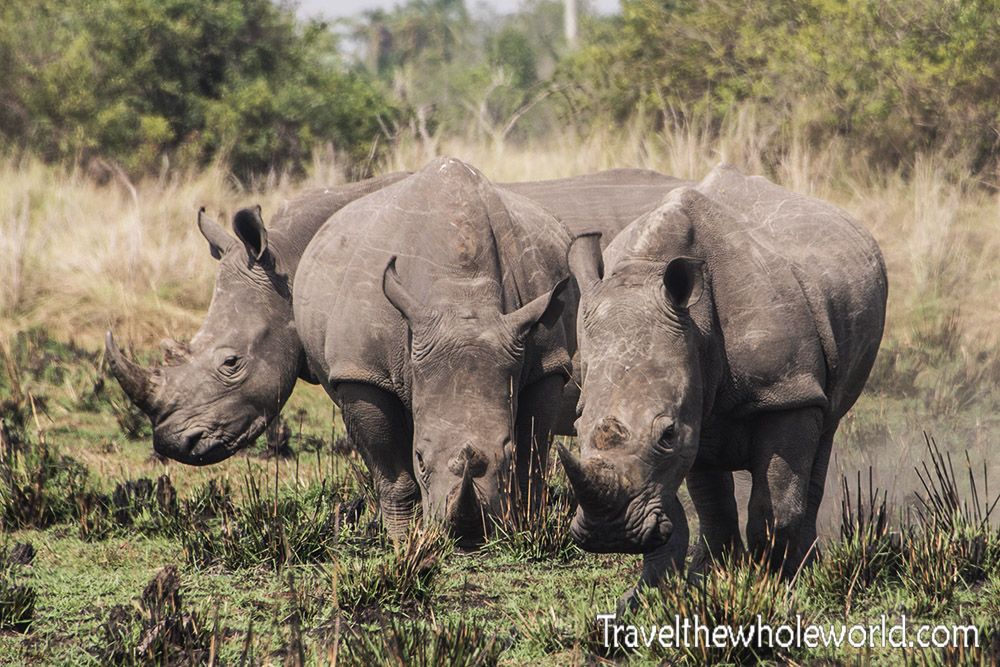 To understand the importance of the Ziwa Rhino Sanctuary you’ll have to know a bit about Uganda’s history with these incredibly animals. It’s a sad story but at least it comes with a bit of a happy ending! In the 1960’s, Uganda had over 100 rhinos living throughout its country. This included both the white and black rhinoceros species. Under the period of Idi Amin, the rhinos were hunted by poachers for their valuable horns. With horns easily worth tens of thousands of dollars, the rhinos were hunted all the way to extinction in Uganda. 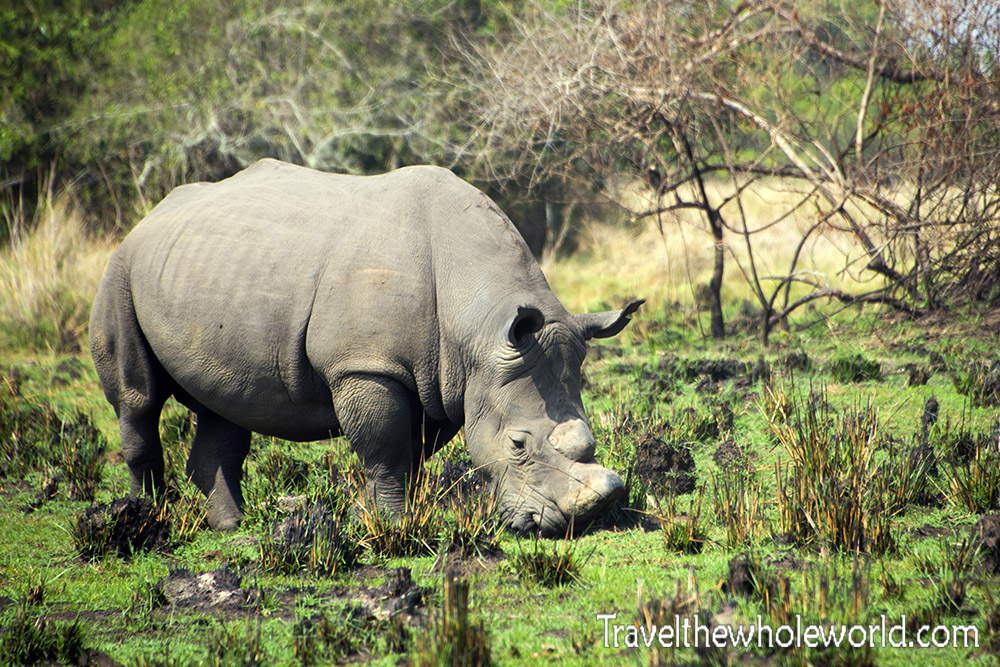 For 20 years rhinos no longer lived in the country until the Ziwa Rhino Sanctuary was founded. With the help of Kenya, and even the United States, rhinos were donated by both countries to help repopulate the country. The Ziwa Rhino Sanctuary offers a safe area that is protected by armed guards. This bull rhino for example came from Kenya and has been living in the sanctuary over a decade now. 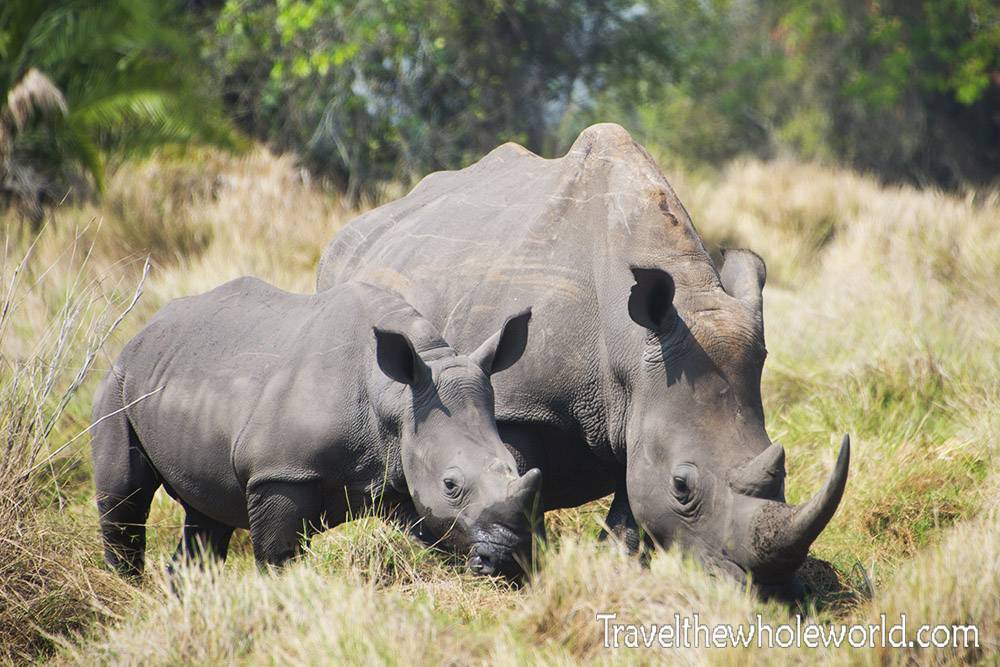 The rhinos have been successfully breeding, and there are now 15 rhinos in the sanctuary. The long term goal is to get a large population of them here, and then eventually repopulate some of the national parks where they used to live. This baby rhino with its mother above and photographed again below is the youngest rhino in the sanctuary. One of the other baby rhinos was fathered by a rhino donated by Kenya, and a mother that was donated from America’s Animal Kingdom. Because the baby rhino had an American mother and Kenyan father, he was named Obama! 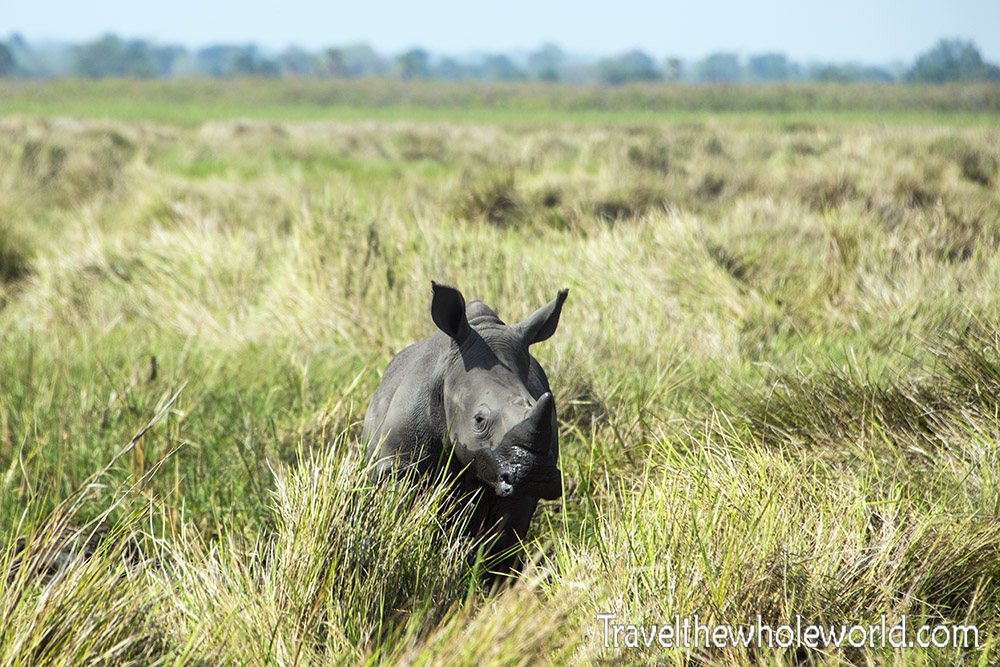 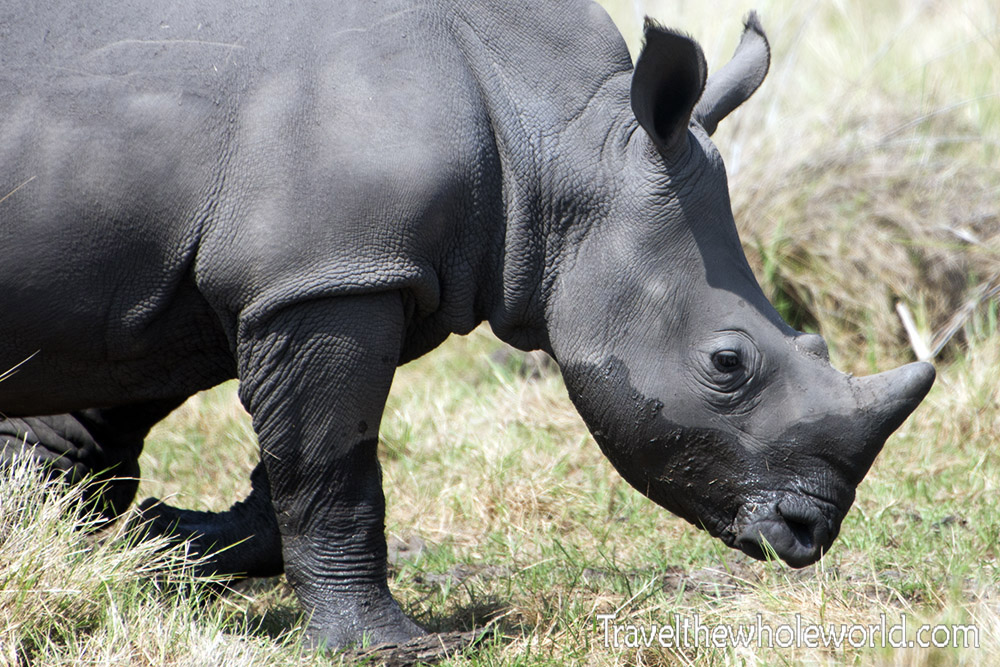 I’ve been to Africa many times before coming to Uganda, and also seen rhinos in zoos around the world of course. This was by far my most intimate experience with rhinos. It wasn’t until I came here that I realized how unique these animals are. Their facial features, horns, and thick skin make them one of the most unique animals in the world. 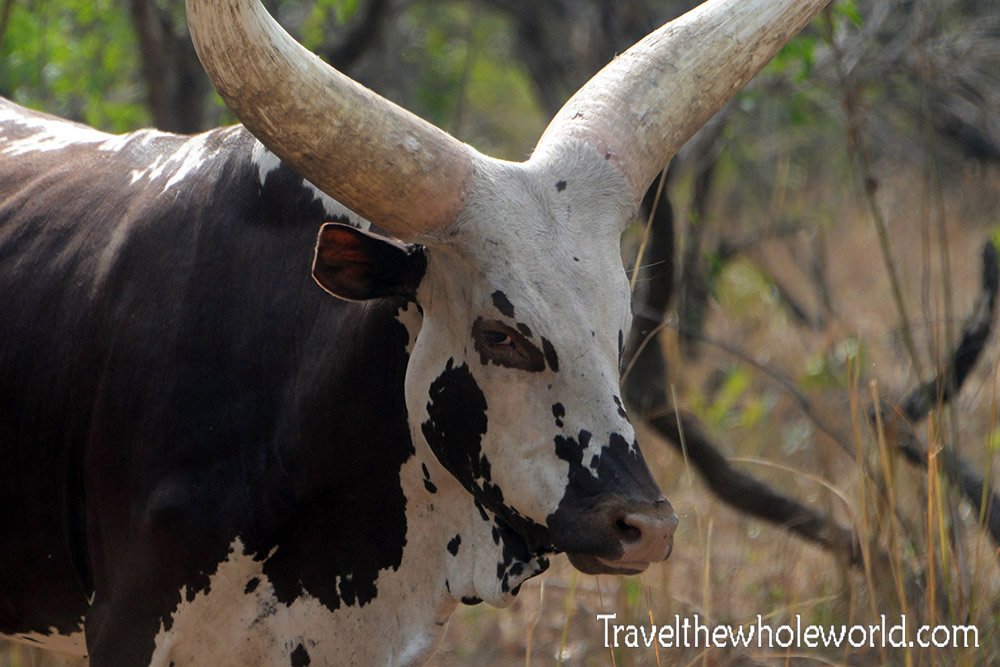 If you visit the Ziwa Rhinos yourself, you’ll not be able to miss all the bulls that roam the sanctuary. As it turns out these guys have a very important role. They are kept here to eat the vegetation and keep the sanctuary as a Savannah instead of letting forest take over. Eventually when there are enough rhinos they will be able to do this for themselves. For the time being however, the bulls are absolutely essential to maintaining the proper environment for the rhinos. 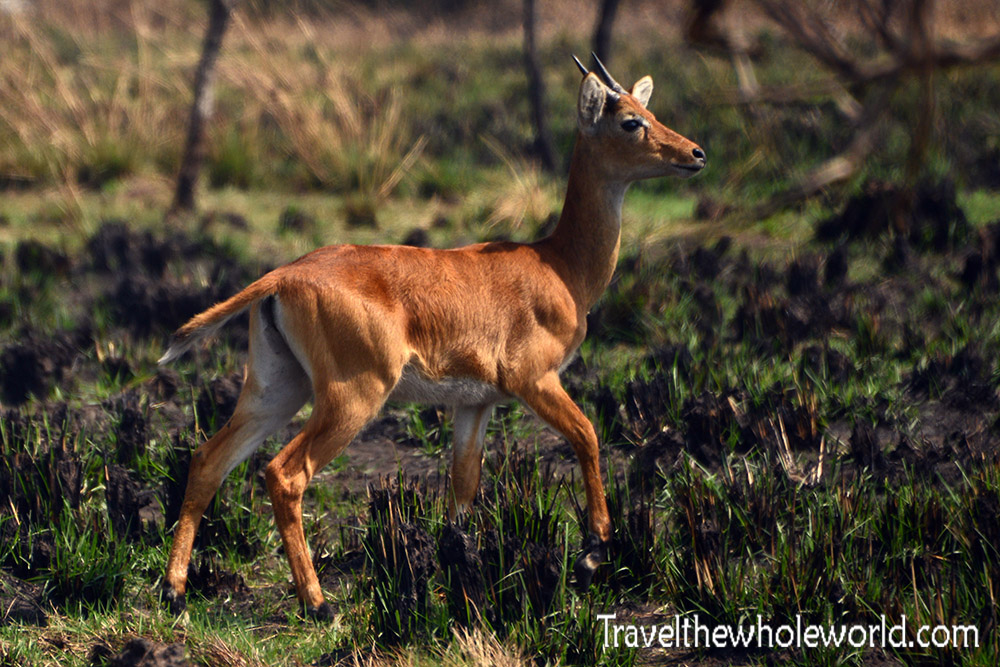 Aside from the rhinos, the sanctuary is home to plenty of other wildlife. Gazelles and warthogs are pretty common.
So are lots of birds such as vultures, eagles, and this kingfisher I caught below. If you’re lucky you could spot a leopard! The bigest mistake I made on this trip was not coming in early enough to see the famous shoe-billed stork. These unique birds are incredibly tall and look almost cartoon like! I’ll be sure to make up for this on my next visit to Uganda. 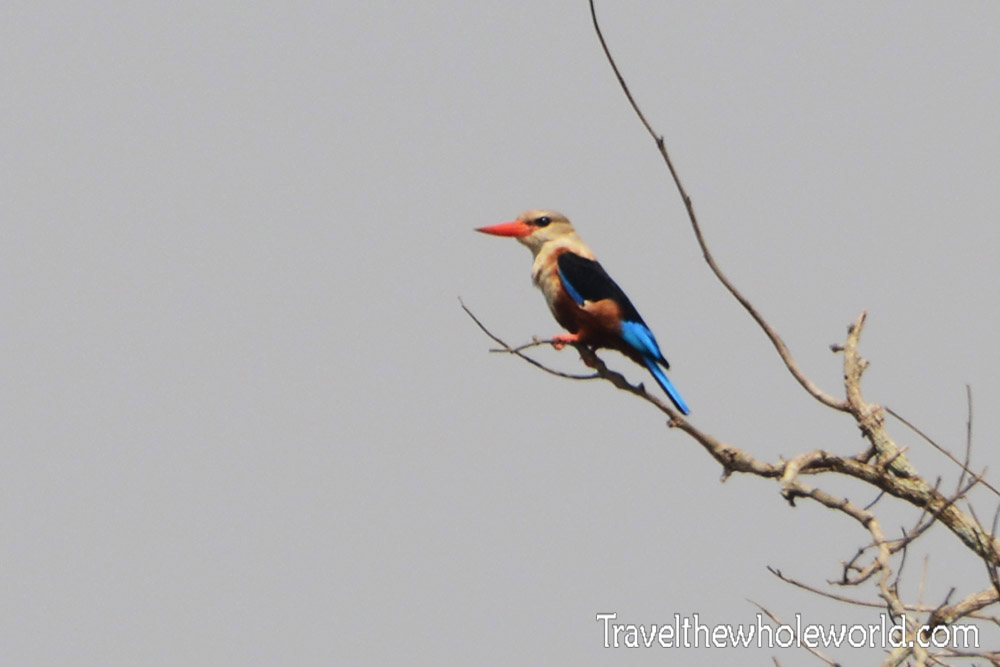 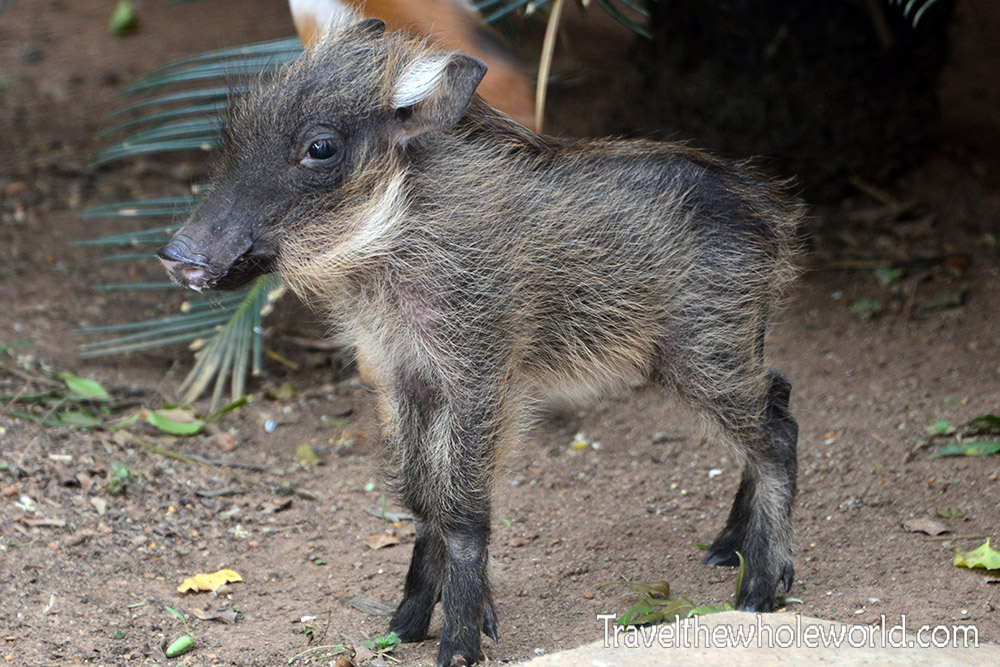 Lastly, in addition to taking care of the rhinos, the sanctuary has a secondary function of rehabilitating injured animals. This warthog above and gazelle below were both found injured and will be kept until they are strong enough to be released into the wild again. The warthog was more open and friendly to humans, but you can tell the gazelle below was still terrified of the experience. It had just been picked up the day before! I also found it interesting to see the warthog and gazelle play with each other, something that likely wouldn’t have happened out in the wild. 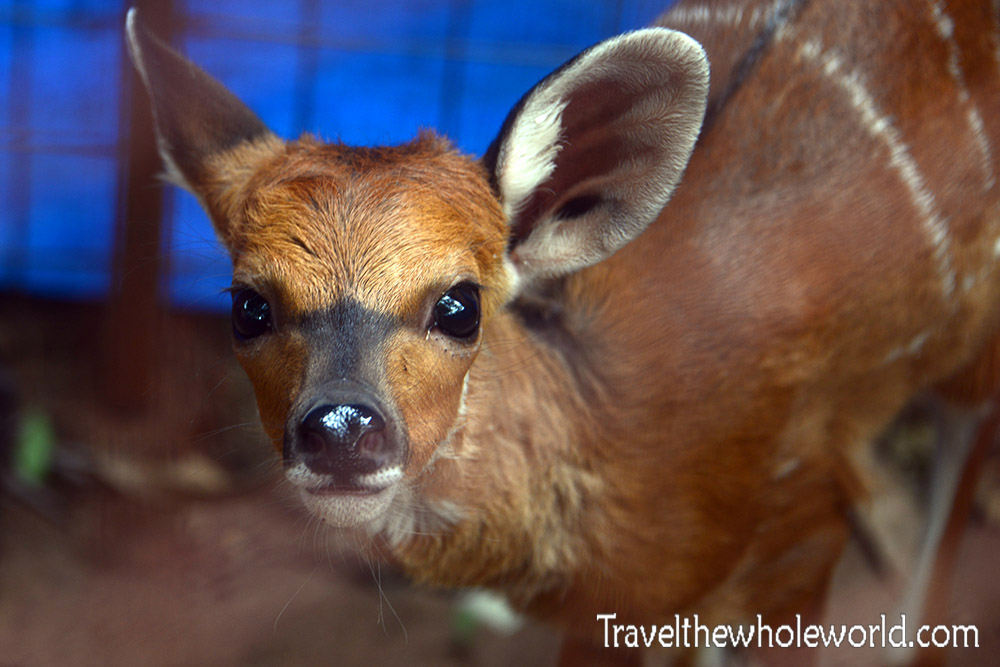