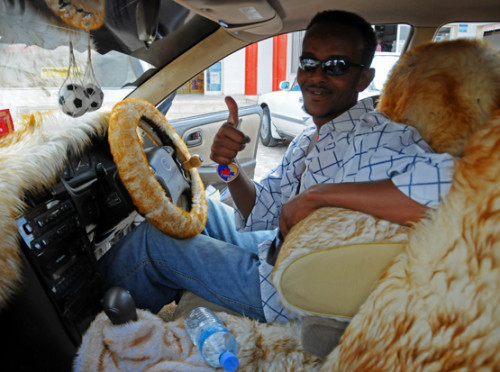 A beautiful place to visit in Somaliland is the town of Sheikh. It’s high up in the mountains and is easily accessible from both Hargeisa and Berbera. The easiest way to get from city to city in Somaliland is by a private taxi along with an armed guard. Roadblocks along the way will turn you right around if you haven’t hired an armed guard to escort you so you don’t have much of a choice in the matter. I’ve heard you can take a public bus to the different cities as well, but you’ll still need to bring protection either way. Here you can see a crazy taxi driver I hired in Hargeisa with his nicely decorated car. He was arranged by the same corrupt hotel staff that I had complained about on my Hargeisa page. 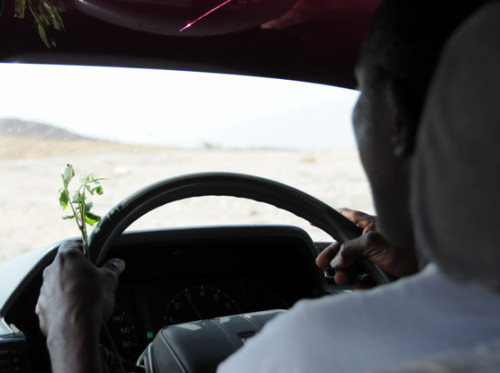 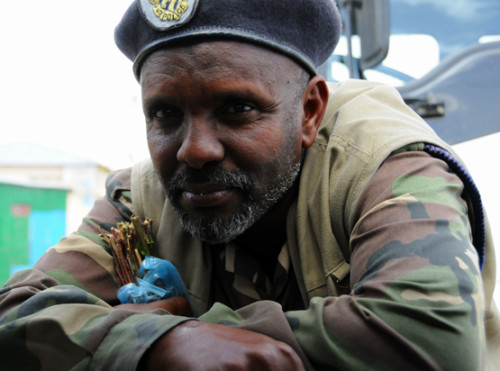 While I’m on the topic of drivers, I should mention the first thing they do after getting payment is stop by somewhere and pick up some khat. The crazy taxi driver you saw above took me to Berbera, and from there I took this guy to Sheikh. My second driver can be seen holding some khat while he drives down the highway. Some say this chewable plant has an effect that equivalent to caffeine or even like doing speed. For some, Khat is considered a big problem in east Africa, but to many locals it’s like having a beer or coffee and is a huge part of their culture. Above is also a police officer from Shiekh who is holding some khat in his hand; I could tell from his behavior he was using it. He ran up to the car a little too excited yelling I’m from Mogadishu, I’m from Mogadishu! 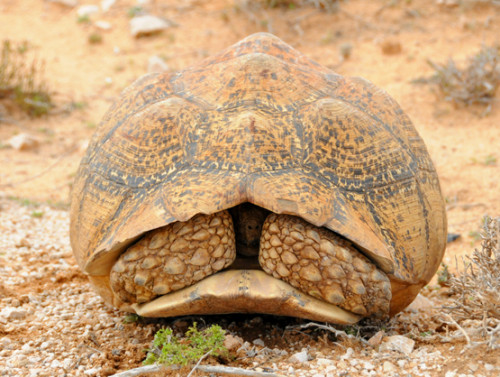 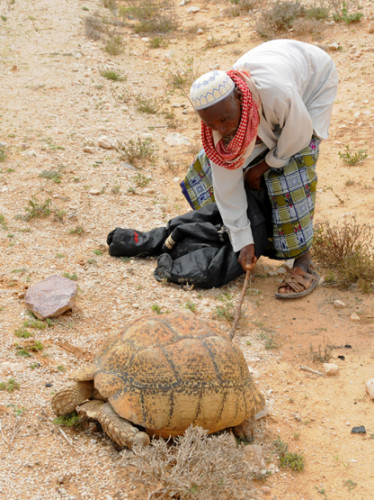 To be honest, the journey to Sheikh was more of an adventure than the town itself! If you drive just 30 minutes outside of Hargeisa, you can’t miss these gigantic tortoises walking around. The second tortoise we saw was actually in the middle of the road so we had to pull over and carry it off the street. After we saved its life, I figured the tortoise owed me a photograph but he refused to come out of his shell. A local man saw what I was trying to do and tried to help me out by prodding him with a stick. 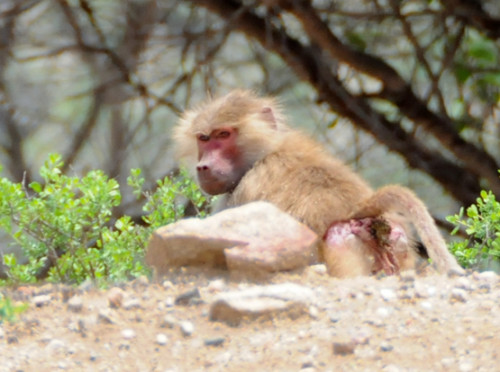 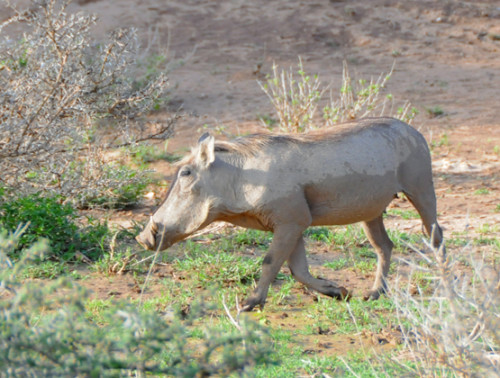 During my short road trip I came across a lot of other wildlife, such as this warthog and monkey above. It was quite common to have an occasional pack of monkeys scurry across the road here and there! 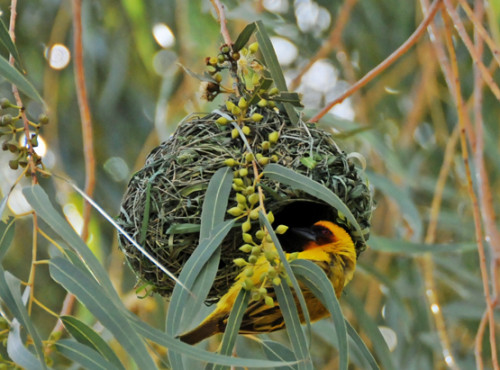 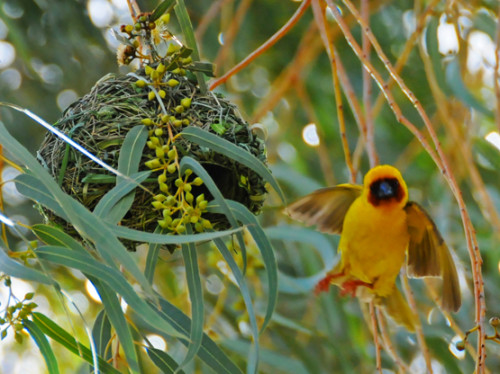 I’ve no idea the species of this bird above, but they were definitely a beautiful species and had built some interesting nests up in the trees! There seemed to be only three or four nests next to each other and this was the only time I saw them during my trip. 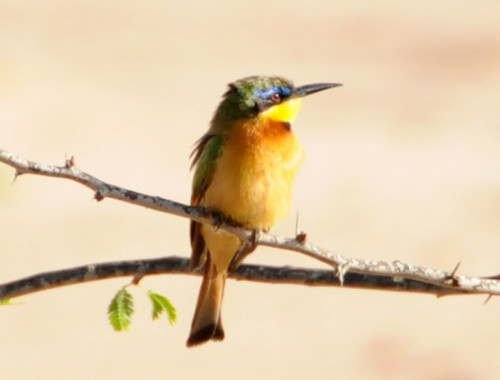 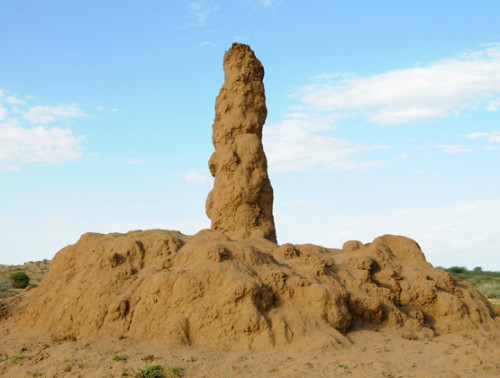 During a previous trip to Sudan I saw the same exact bird species on the left, so I recognized it immediately; a little bee eater. The gigantic palace of termites on the right was another common sight during my road trip as well. This one was by far the most unique, but not just because of its height, but the unique design of having a massive base at the bottom with a tower in the center! Until this trip, Botswana had the largest termite mounds I had ever seen. Like most countries around the world, I always come across lots of lizards. It’s not often though I’m able to catch one and let him sit on my finger! 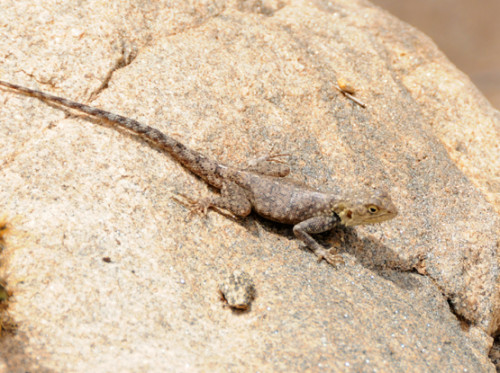 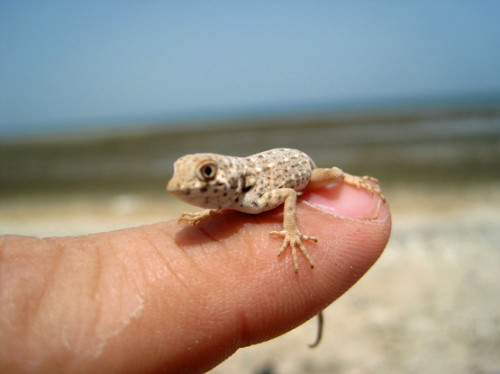 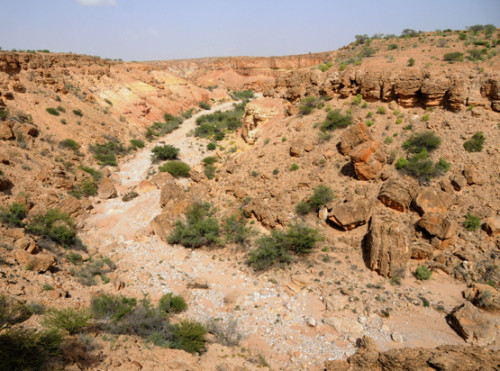 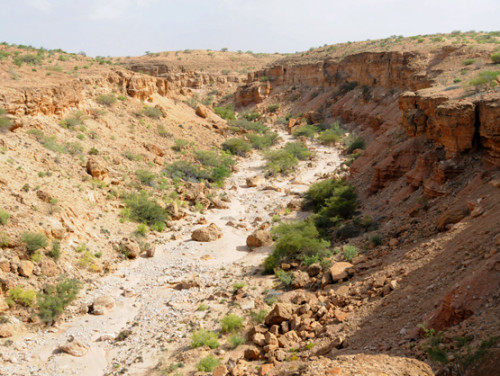 Just north of Sheikh about halfway between the mountains and the coast, the landscape is hot and dry. As you ascend up into the mountains, the temperatures quickly get cooler. The arid land and canyons seen will eventually give way to small shrubs and trees as you ascend several thousand feet. The canyons and lands around Berbera were bone dry despite all the rain I had received while in Somalia. It seemed the weather on my trip was either very hot or in the middle of a downpour. Visiting Sheikh offered some perfect weather and was definitely a highlight to my trip. 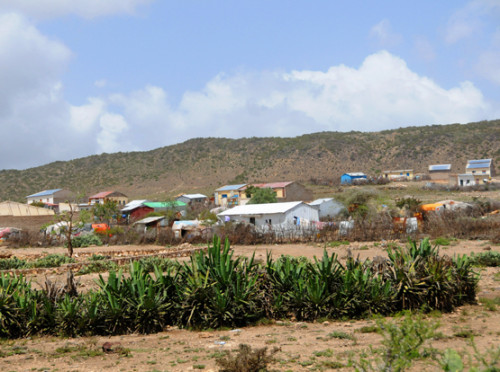 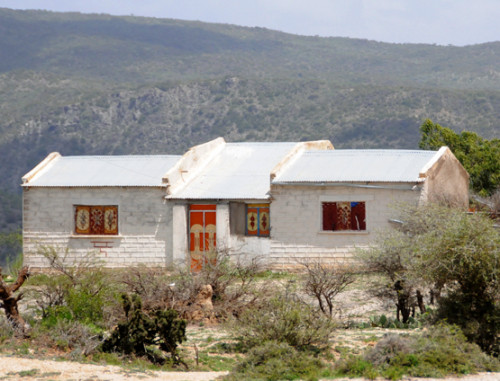 A small town I visited by the name of Sheikh is northeast of Hargeisa up in the mountains. Sheikh itself didn’t seem to have much going on, but it was definitely much nicer than Hargeisa and Berbera. During part of the ride here my driver drove off the road to get me closer to some mountains that I was interested in. I couldn’t help but notice many rocks painted with red here that were thrown about the area we were driving. Only an hour before I arrived to Sheikh I had seen a foreigner walking around with a full suit on. At first I thought he was a beekeeper, and was thinking how strange it was to travel to Somalia and and work with bees, but then something clicked! I asked my driver, “Hey man, what do these red rocks mean here? Cause in Afghanistan that means land mines”. My driver responded he wasn’t sure if there were land mines here, but because there were camels in the area they were probably already detonated. I uncomfortably continued the rest of the off road trip hoping this area had been swept and that no land mines exploded. Above is a photo of the town showing some of the houses I passed by before going off road. 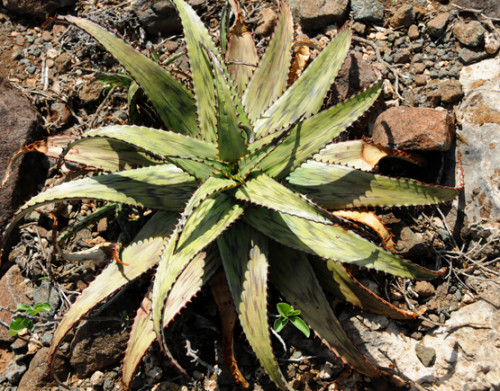 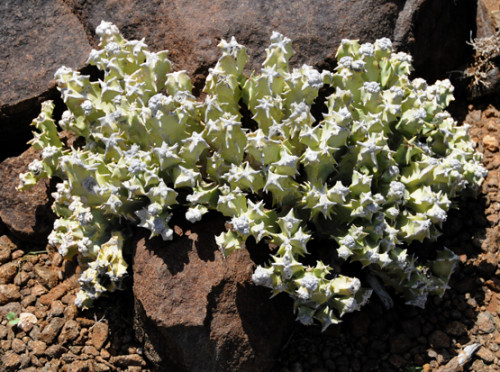 The mountains were dry like Hargeisa had been, but there were some different plant life here that I hadn’t encountered in other parts of Somalia. The plant on the upper left almost looked like a type of Agave plant to me. On the right looks to be some type of cactus. 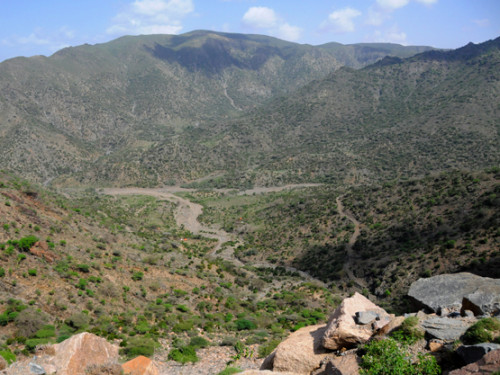 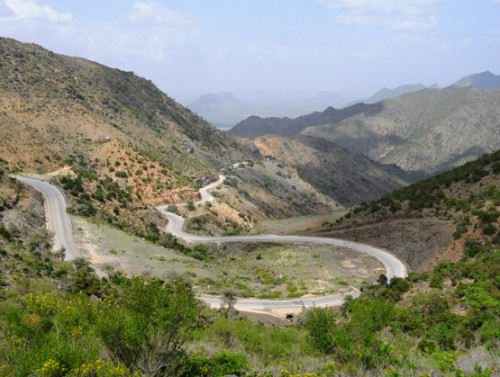 The drive from Sheikh to Berbera had by far the most amazing scenery I had seen in Somalia so far. The large mountains and windy roads gave me a lot of great photo opportunities, and it was interesting to see that some people even built homes high up here. These photos above were not from the land mine mountains, but the main road that connects the coast to the city of Sheikh.