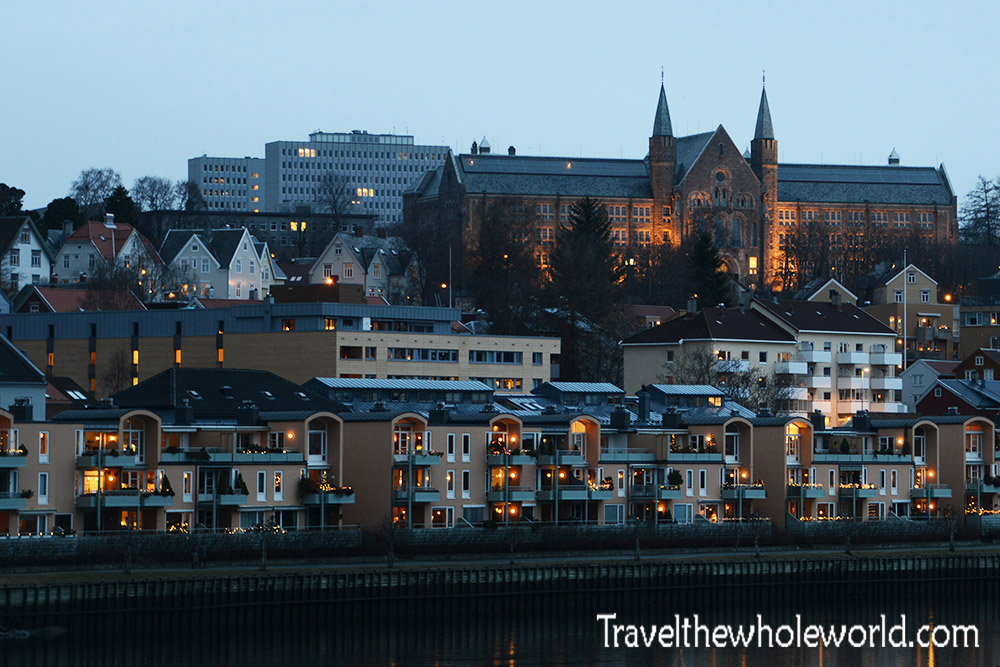 I only visited Trondheim because it gave me easy access to a destination in western Sweden. If you’re looking for travel ideas from my site, you’ll have to wait until I return for a true visit! I did actually end up spending New Years here, so was able to have a few experiences during the couple days I was here. Since at the time of my visit it was the shortest days of the year, the photo above shows about as bright as it ever got. The vast majority of time I walked around the city it looked more like the shot below. 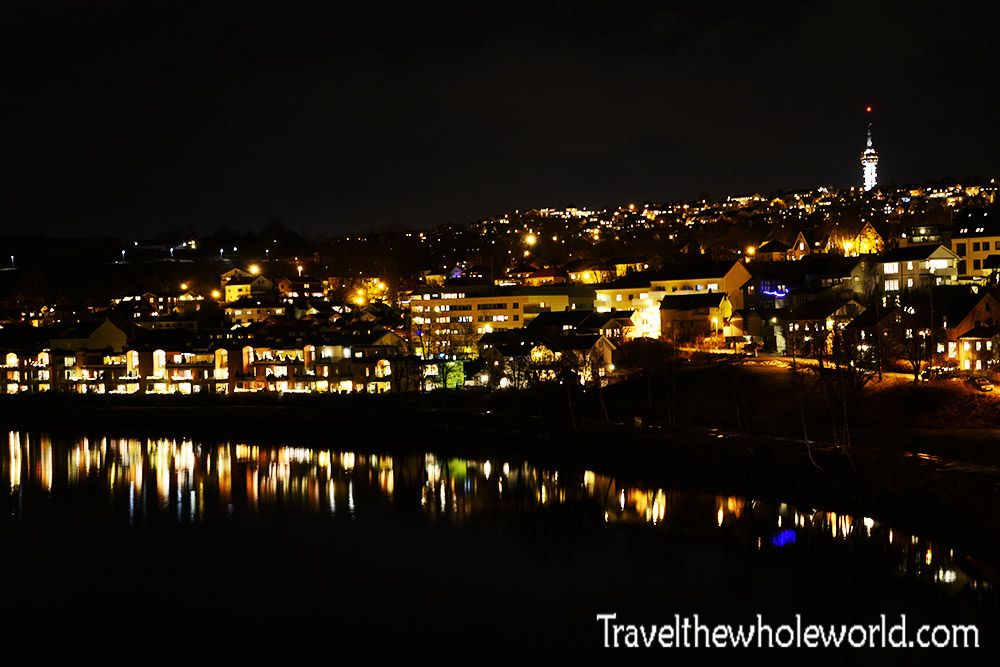 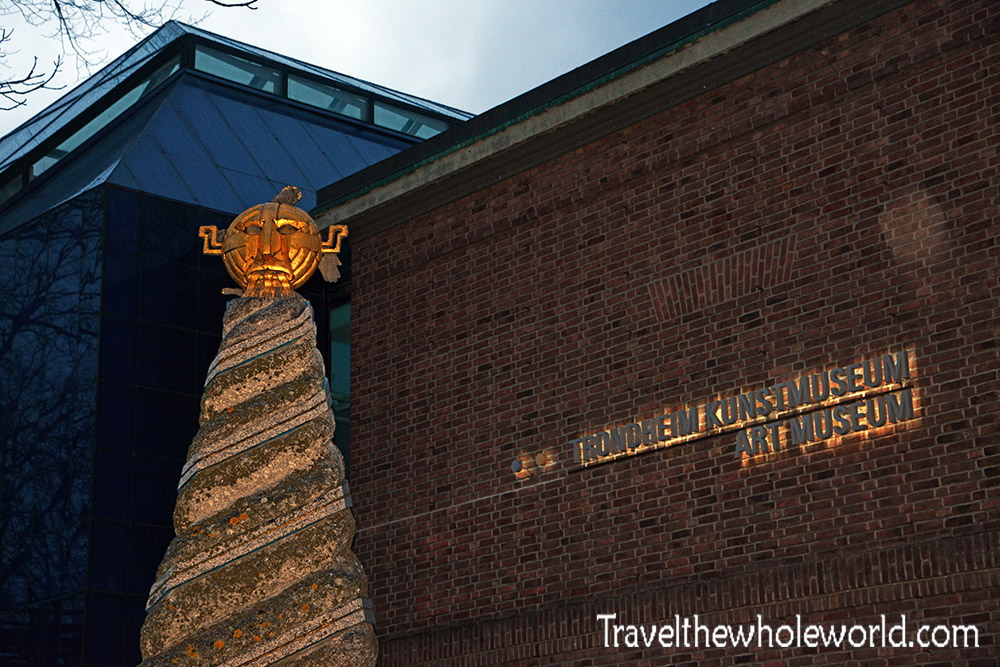 Also because of the holidays, the majority of places were sadly closed. Above is Trondheim’s Kunstmuseum, a place I wish I could have visited. Apparently Kunstmuseum means art museum in Norwegian, Dutch and German. The museum houses regional and international art, mostly from the mid 19th century to modern times. 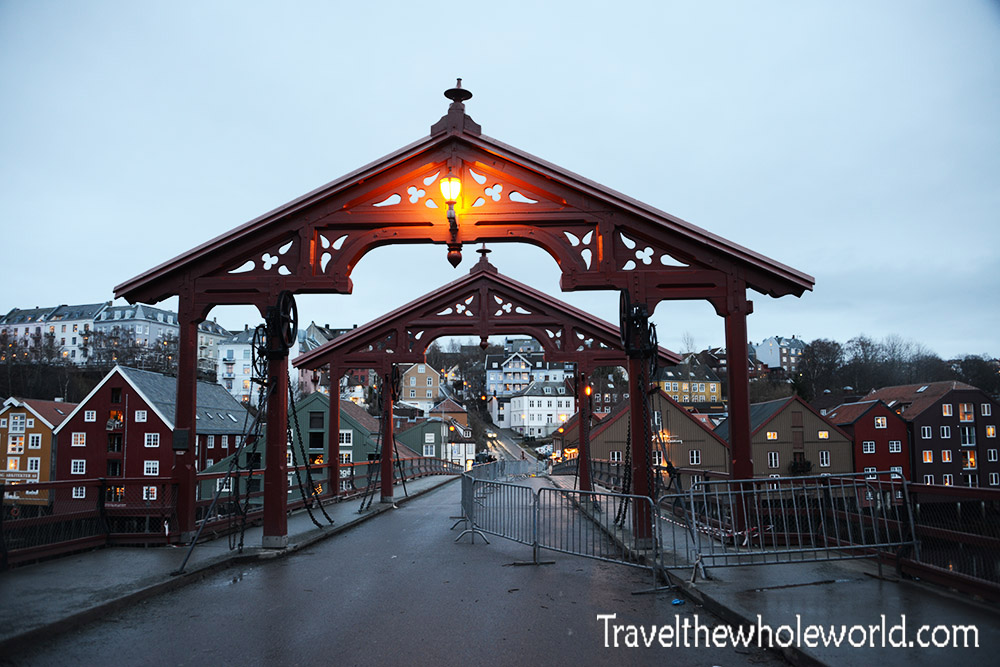 With the museums closed, the best I could do was explore the city on foot. One of the most famous landmarks in Trondheim is the Old Town Bridge, photographed above. Of course the bridge can’t ever close, but even during my visit they put some annoying fence around it. The bridge is called Gamle Bybro in Norwegian, and was built way back in 1681. 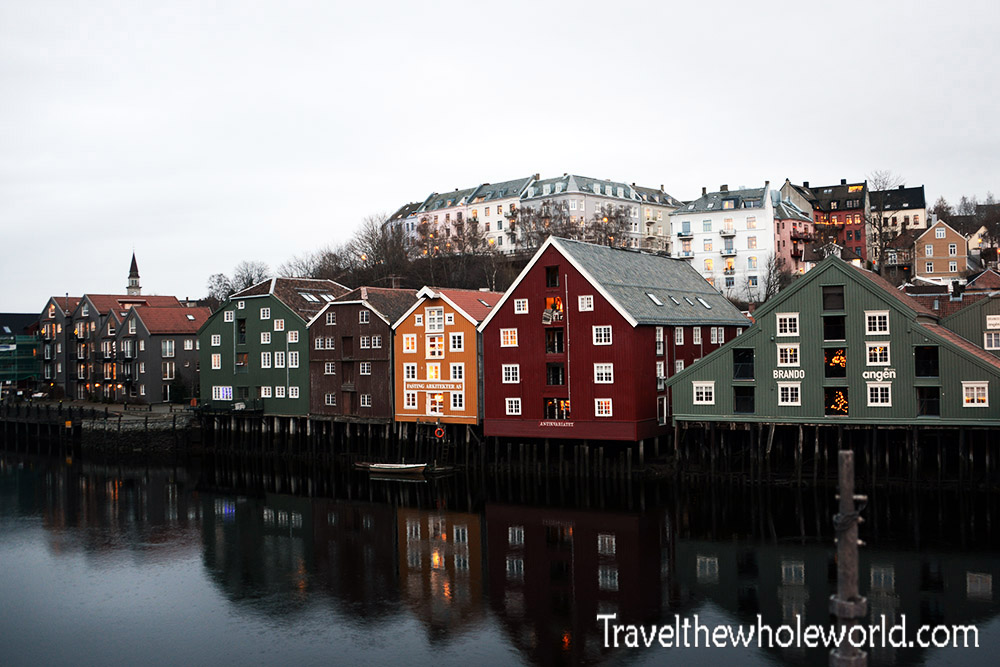 The bridge honestly isn’t that attractive itself. The wooden arches above it are probably the only way you could recognize it. Otherwise from a distance this might look like any normal bridge. The best thing of Gamle Bybro is the views though. The photo above was taken from the bridge where you can see some colorful buildings lining up along the water front. The photo below was from elsewhere in the city by their harbor. 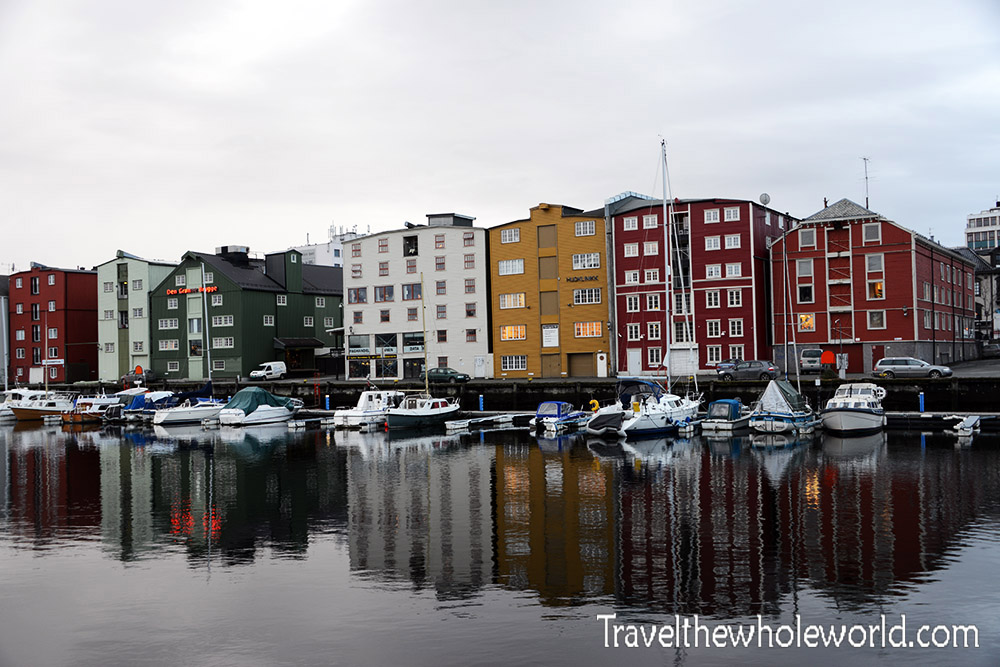 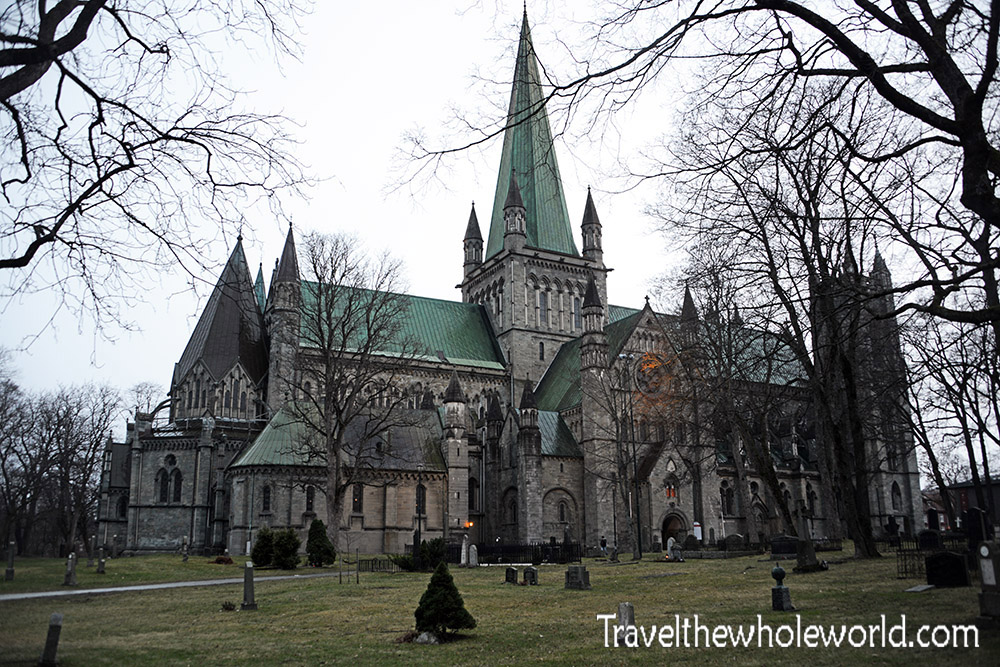 One place I was somewhat able to visit is the 11th century Nidaros Cathedral. It’s considered to be the northernmost medieval cathedral in the world. Nidaros was built over the burial site of the Norwegian King Olaf II Haraldsson who later became the country’s patron saint. The photo below shows the western face of the cathedral. 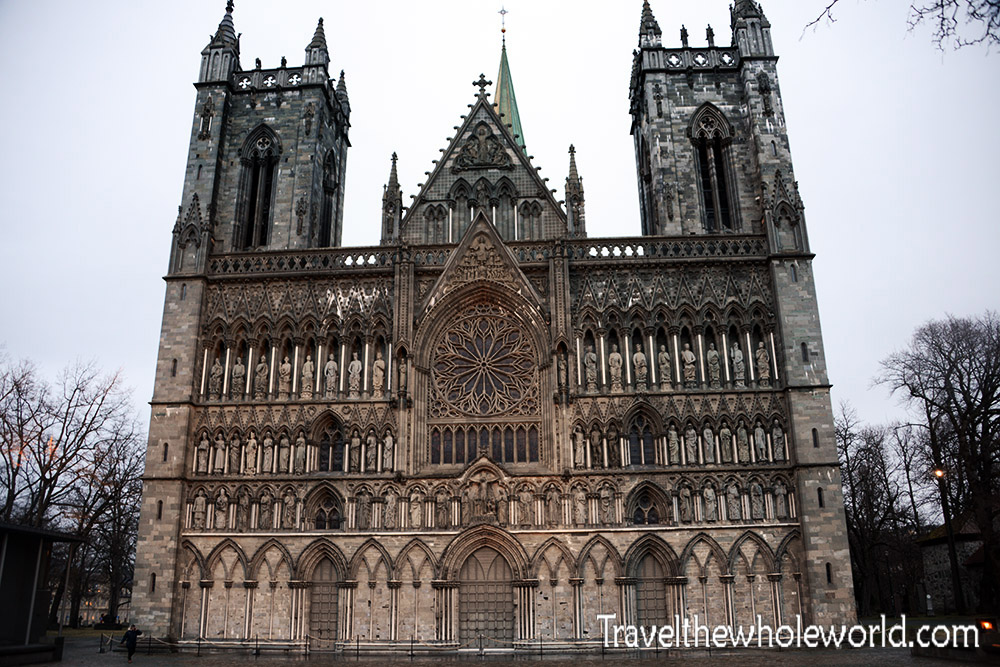 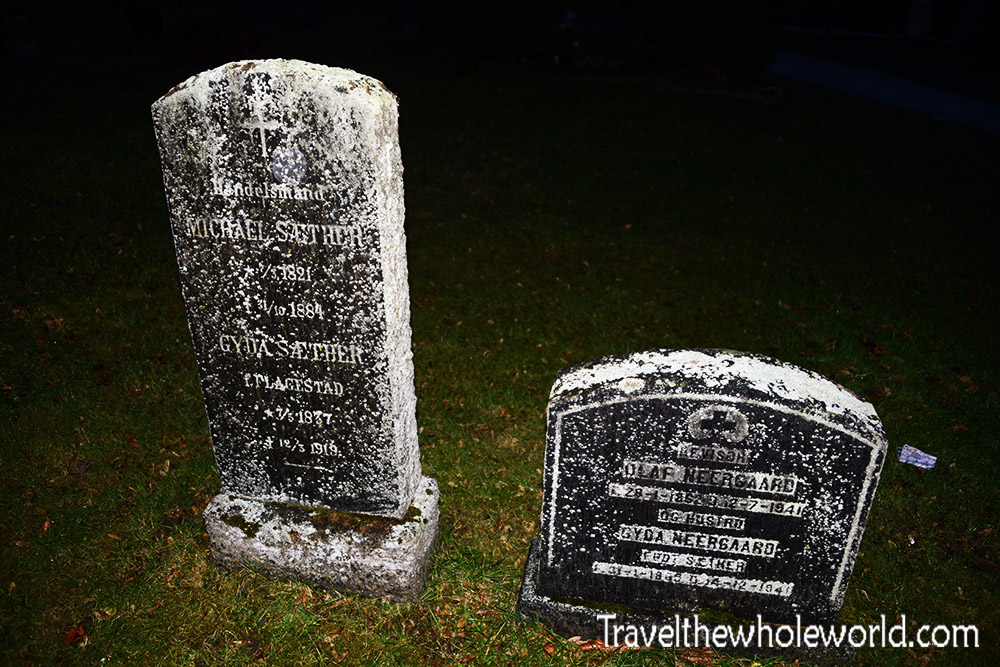 The cathedral grounds were surrounded by both ancient graves and more recent ones. The majority of the graves seemed to be from the mid 19th century. The cathedral was locked during my time of visit so I was unable to go inside. Like everything else on this weekend trip in Trondheim, I have to save these experiences for another visit! 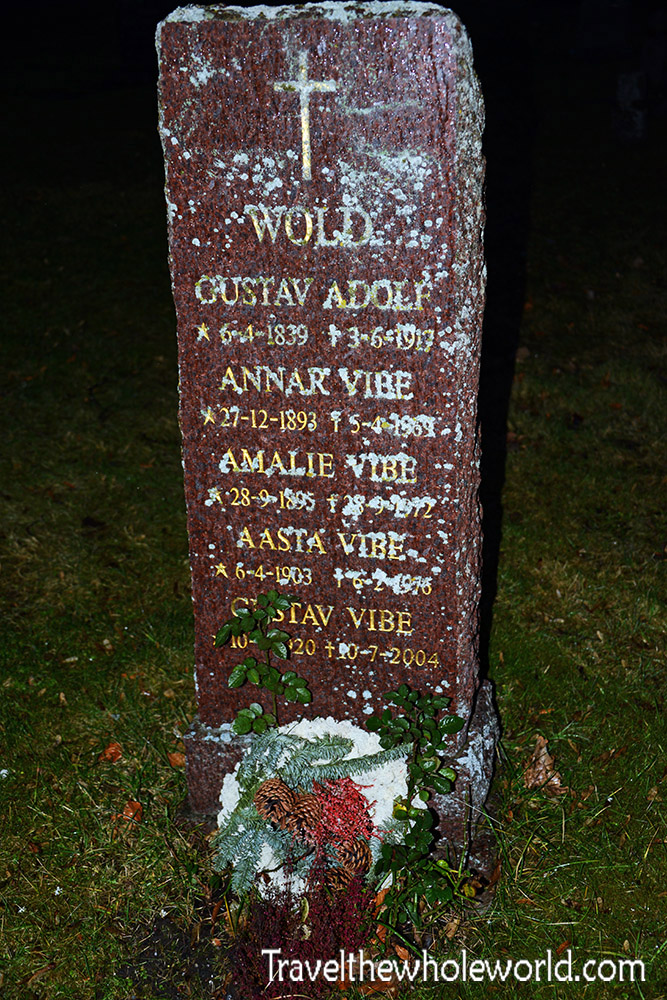 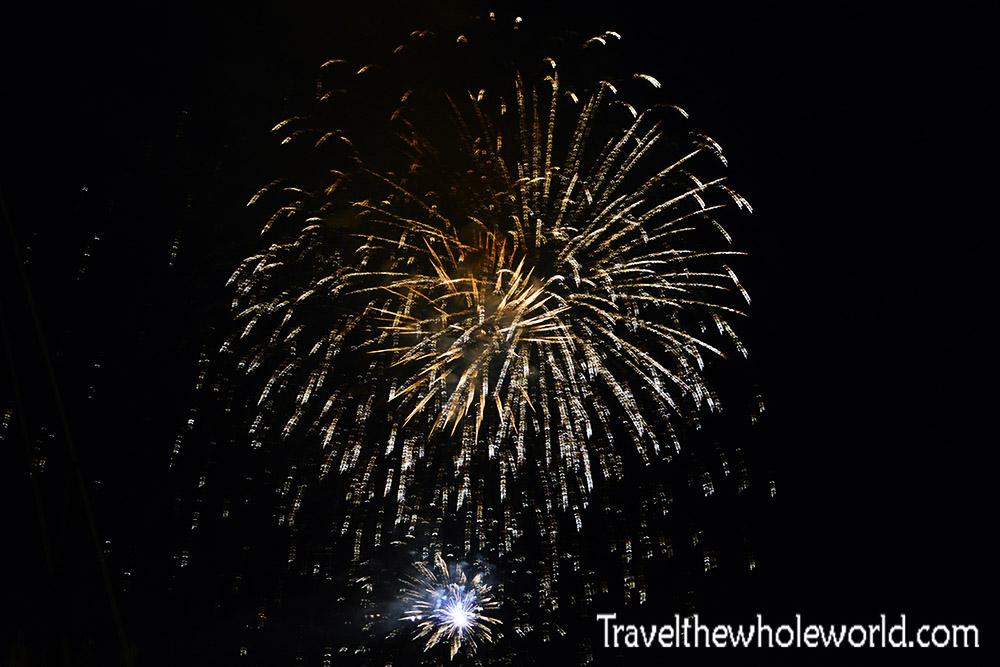 The best thing I experienced were the fireworks on New Years Eve! It seemed a popular thing to do in Norway was to make homemade firecrackers, and these went out all night. The fireworks went off all over the city, but a hill near the city park had the main event. When I return to Trondheim, I’ll certainly make up for this stop over. There are several museums I’d like to check out, a few historic landmarks, hopefully there will be daylight so I can explore the city some more, and I’d definitely visit the nearby fjords! 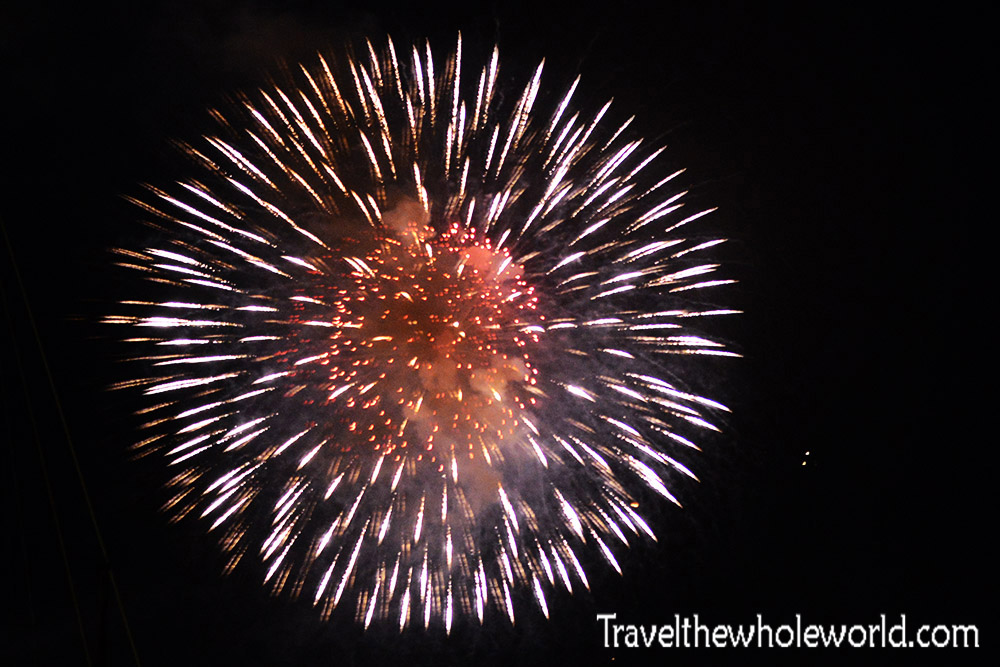