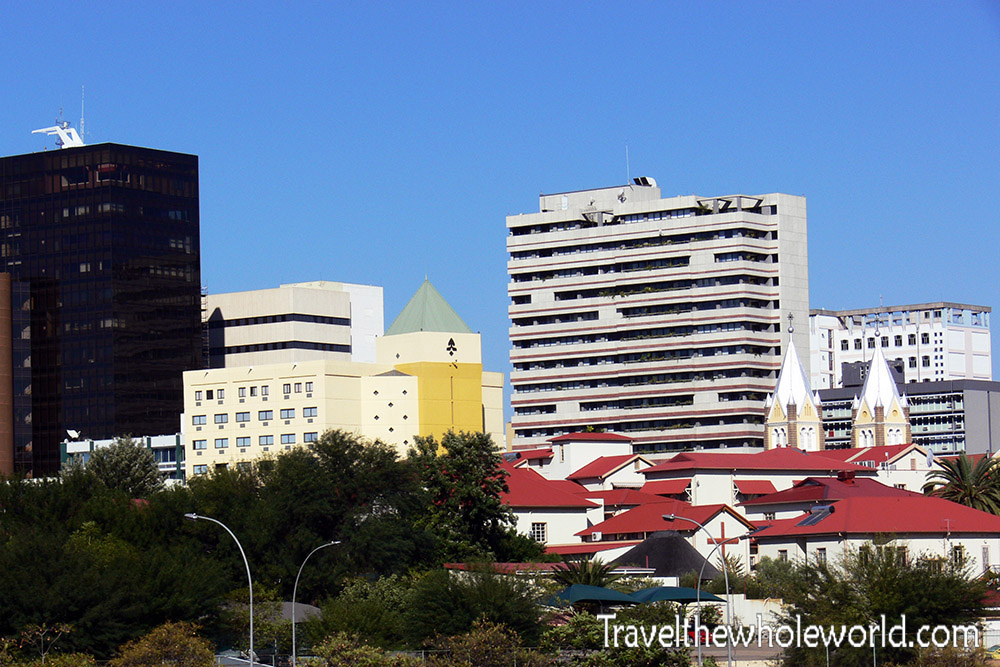 The capital of Namibia is the city Windhoek located in the center of the country. Germany occupied Namibia as early as 1885, so the capital has a mix of both native and German culture. Windhoek remains the city where the majority of white Namibians or those of European decent live. I wish I had spent more time in the capital, but mostly I passed by it on my way to bigger and greater things! I did eat at a restaurant called Nando’s which served the hottest dish I had ever eaten in my life! Nearly 10 years later, the African based restaurant opened up a Nando’s just walking distance from my house in Springfield, Virginia. I tried the hottest option back home and it was nothing compared to my Namibian experience, and I had just ordered mild there! It remains the hottest dish I’ve ever tried in my life. These two photos are from Windhoek, showing the downtown area above and some of the city’s colorful houses below. 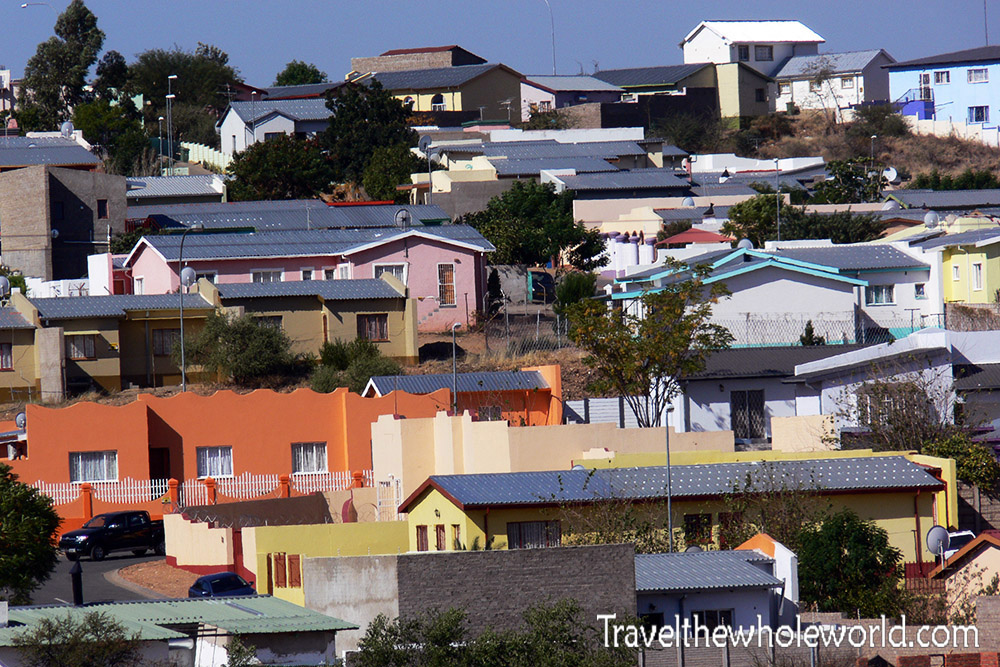 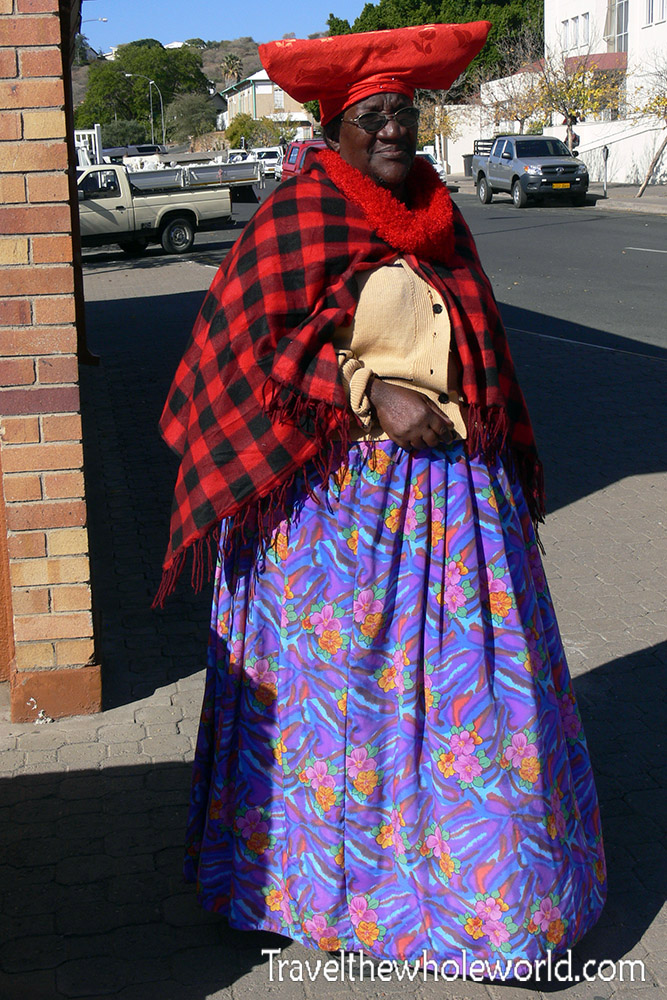 Probably the main attraction to see in Windhoek is the wildlife conservation that is home to big cats, mammals, and other nationals that live in the conversation. I saw lots of churches throughout Namibia which are a result of the German colonization. The country seemed to be mostly Christian based in addition to indigenous beliefs. The woman top center is dressed up in traditional clothing which was quite common in Windhoek and other cities. 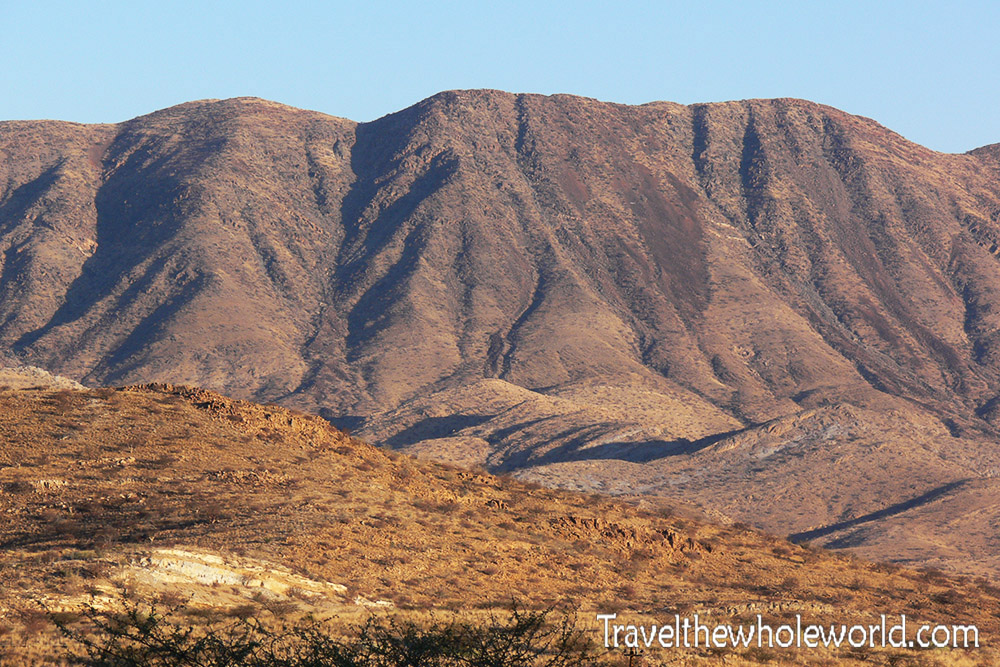 Most people who know a little bit about Namibia usually think of the country as a vast desert. It’s true that Namibia is made up of some of the largest and most impressive deserts in the world, but there are also mountainous and grassy Savannah areas that I came across.. These photos above and below where both taken near the capital. Windhoek is at an altitude slightly higher than Denver, or roughly 5,500 feet (1,650 meters) above sea level. The landscape here is absolutely beautiful, and even more so during sunset! 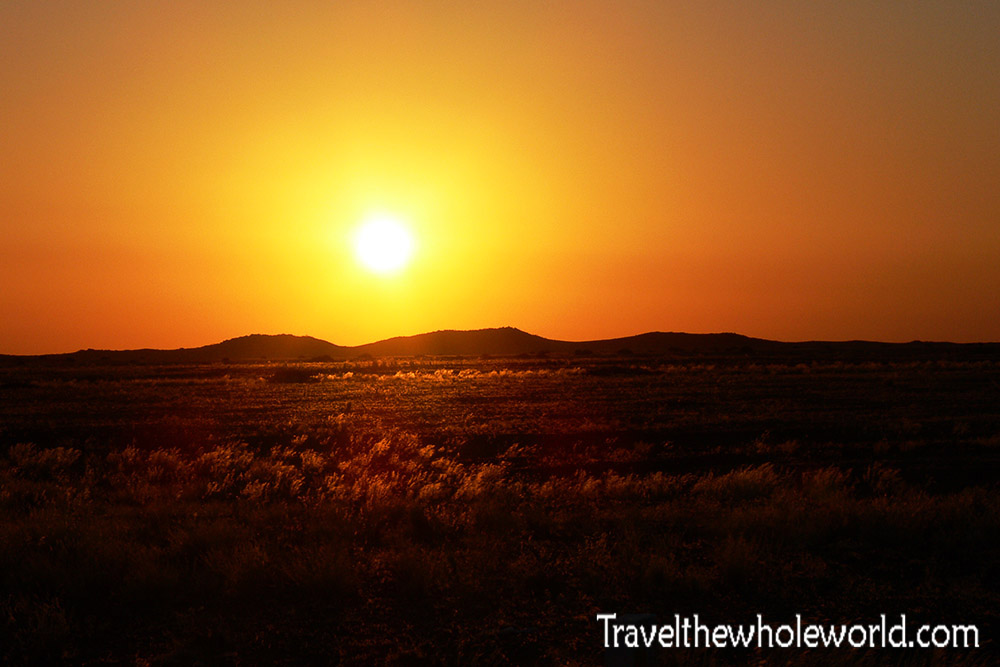 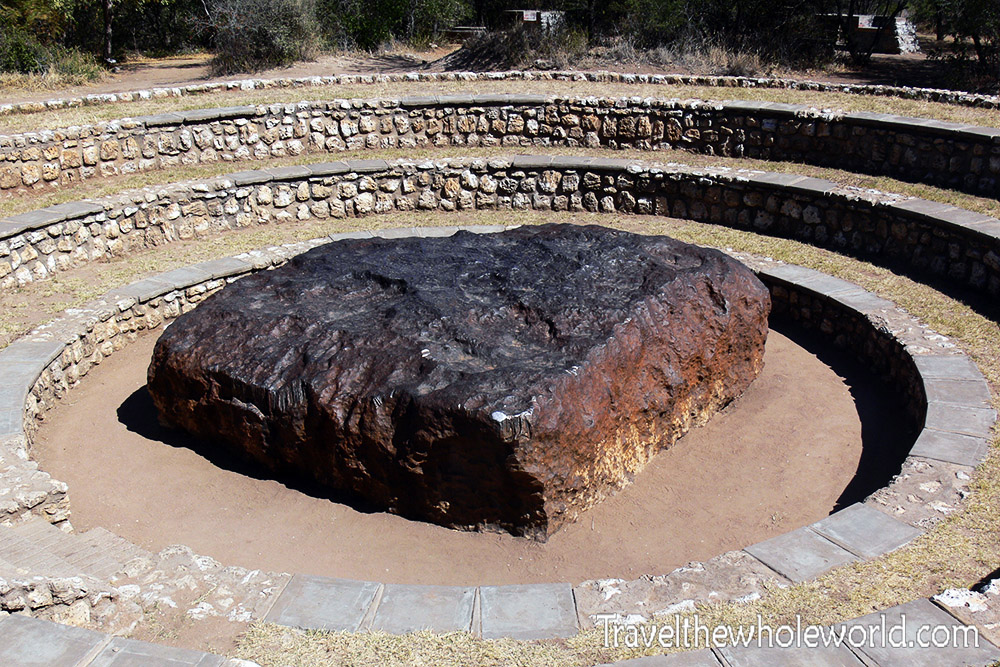 These last two photos have nothing to do with Windhoek, but it was one of the first places I went to after I left the capital. About five hours north you’ll arrive to the tiny town of Grootfontein. Here you’ll find a very special rock that is estimated to be about 80,000 years old, or should I saw arrived 80,000 years ago. This giant rock is actually a meteorite. Even making it more impressive, it’s the largest meteorite ever found on earth! Because of its massive weight it’s not been removed from its original position. In the photo below you can see on a polished area that it looks like pure metal. The meteorite is named the Hoba and is composed of roughly 85% iron and 15% nickel. 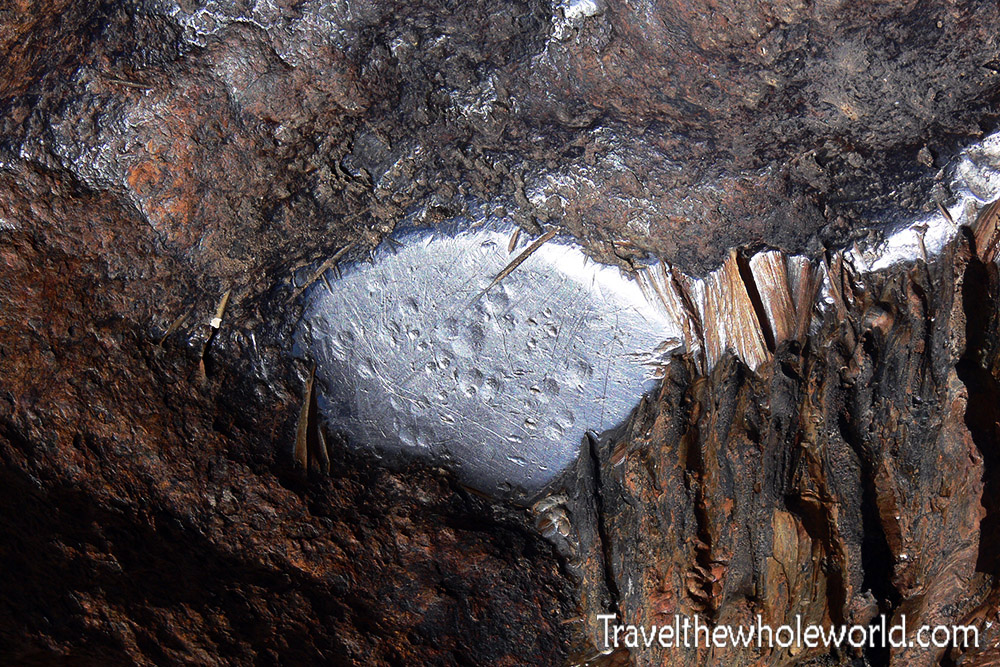