Notice: WP_Scripts::localize was called incorrectly. The $l10n parameter must be an array. To pass arbitrary data to scripts, use the wp_add_inline_script() function instead. Please see Debugging in WordPress for more information. (This message was added in version 5.7.0.) in /home/lastadventurer/travelthewholeworld.com/wp-includes/functions.php on line 5313 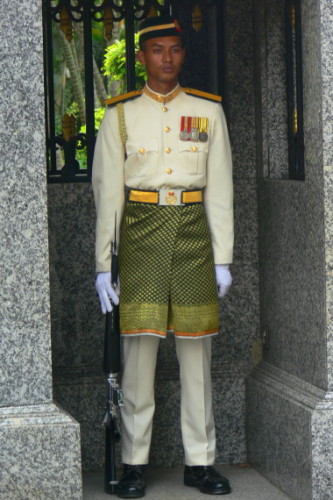 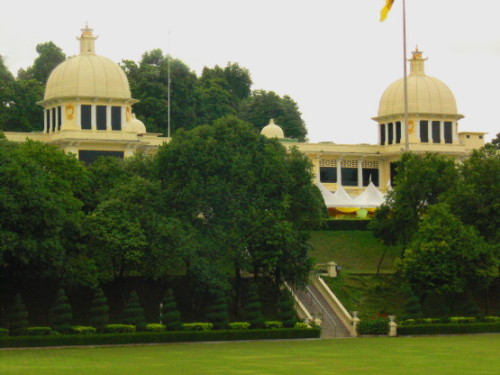 Malaysia has a democratic style government but is still ruled by a King. Above is the King’s palace in Kuala Lumpur with a Malay soldier guarding the main entrance. There are a few festivals throughout the year that take place at the palace. Outside these festivals and other important holidays it’s forbidden to visit. 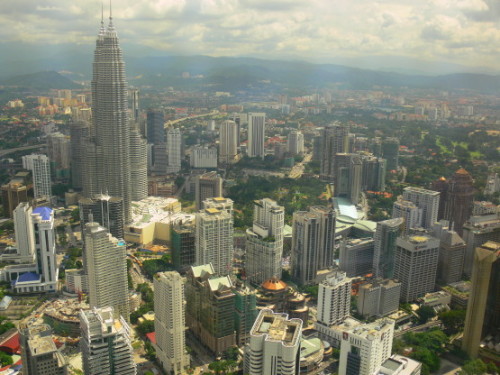 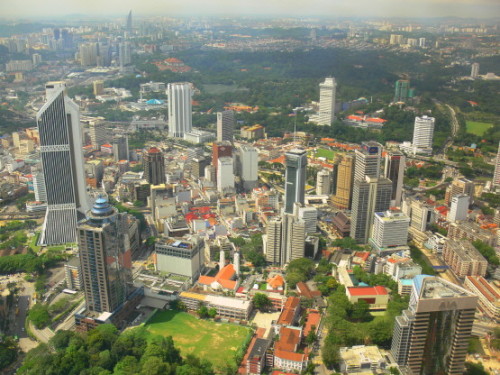 The city of Kuala Lumpur is large and colorful with high rise buildings extending for miles. In the photo on the left you can see the Petronas Towers on the left hand side of the photo. These towers dominate the city skyline and for a brief time they actually held the title of world’s tallest buildings! 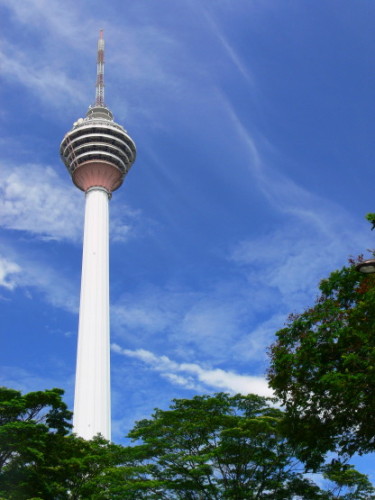 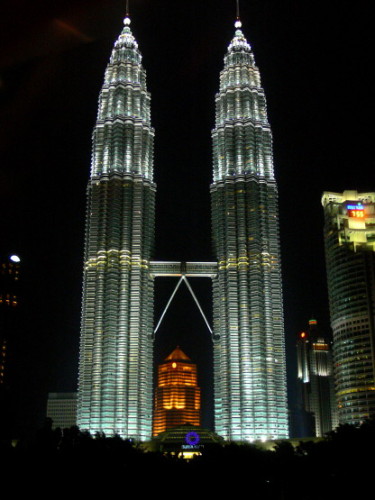 Malaysia has a strong economy and symbolizes it with its KL Tower and the Petronas Towers. The KL tower is seen to the left and stands close to 500 meters. An elevator ride to the observation deck is possible and gives you a great views of the city. To properly see the Petronas towers you’re better off going directly to them and at night when they are more attractive. 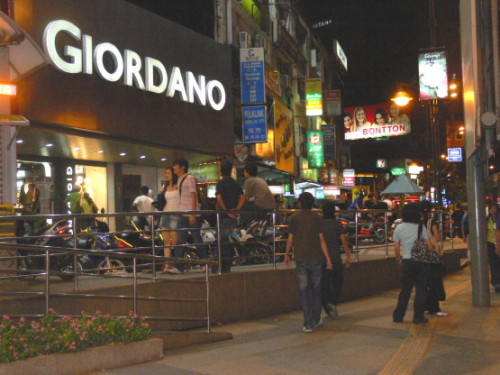 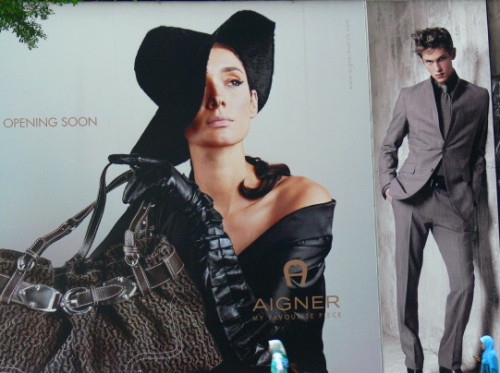 For the most part Kuala Lumpur is a clean city but some parts are exceptionally dirty. I trekked through one part of the city at 2am and passed by 3 or 4 giant rats and many huge cockroaches that were living in piles of trash. The shopping districts and downtown areas are well taken care of however. Above are photos of the main shopping districts in Kuala Lumpur, here you can find your western chains like Starbucks and Planet Hollywood, but fortunately there are many unique shops here found only in Malaysia, and very cheap! 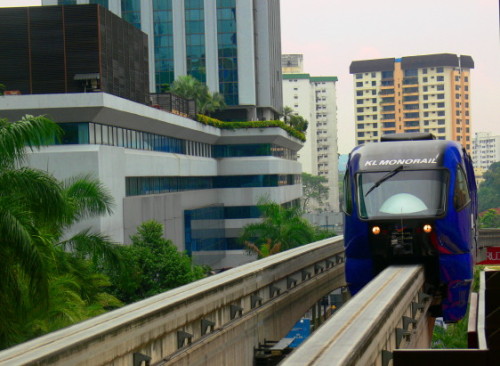 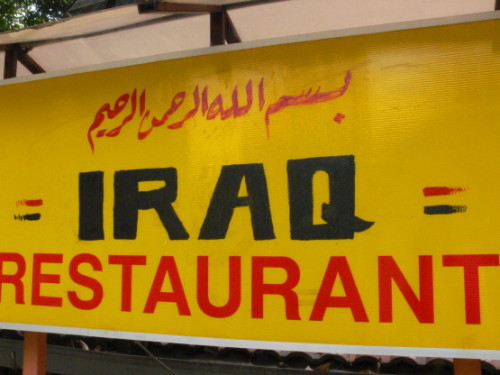 Kuala Lumpur is an international city that is mostly composed of Malays, Indians, and Chinese, but it also has people from all parts of the world. Above is one of the monorails pulling into the station, on the right is an Iraqi restaurant in the downtown area. 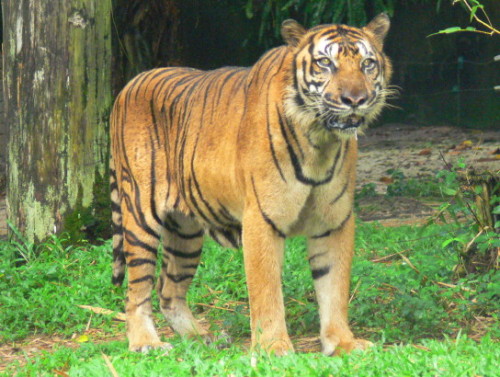 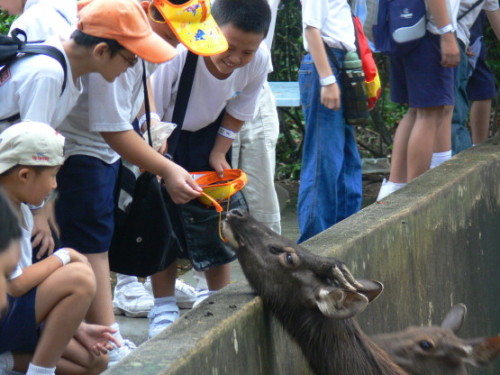 Another good place to visit in the capital is the zoo. Malaysia and many other parts of Southeast Asia are home to tigers, but since they can be difficult to find in the wild and a bit dangerous, your best bet is to see them in the zoo. Apparently in Malaysia’s national zoo you’re allowed to feed the animals as to the left. 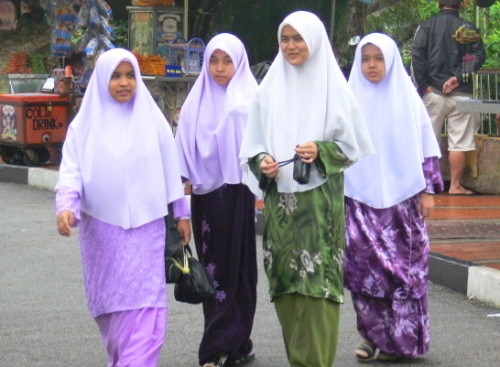 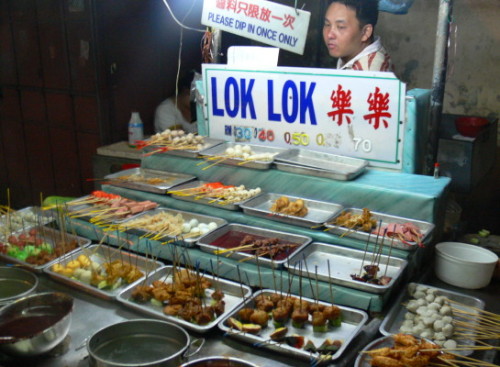 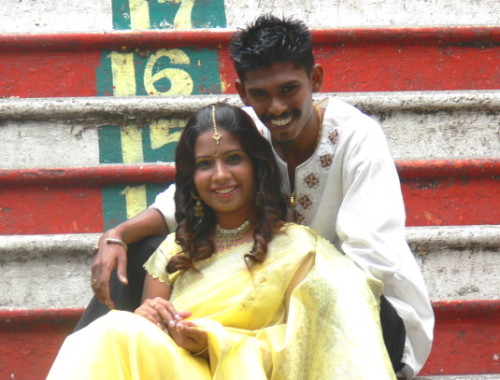 These pictures were all taken from different parts of the country but show some Malaysia’s main ethnic groups, Malaysians, Chinese and Indians. Just about everyone I talked to who was Indian or Chinese complained about the Malaysian government, saying how they are basically second class citizens. At one point everyone was equal, but apparently in the late 90s the government changed the laws giving Muslims huge tax breaks, benefits and required all businesses to be owned by a Muslims. The Chinese and Indians who have been part of Malaysia for hundreds of years are now forced to give away their businesses or share them with a Muslim partner. Above are some Muslim Malay girls; upper right is a Chinese man selling food, and to the right is an Indian couple who has just wed. 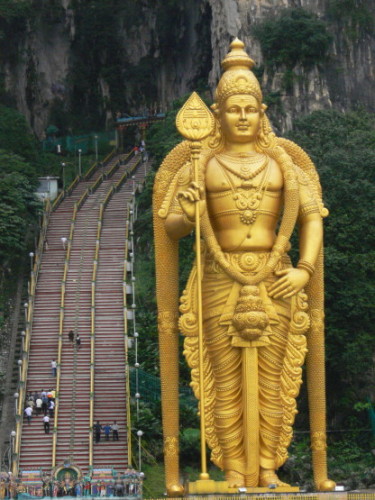 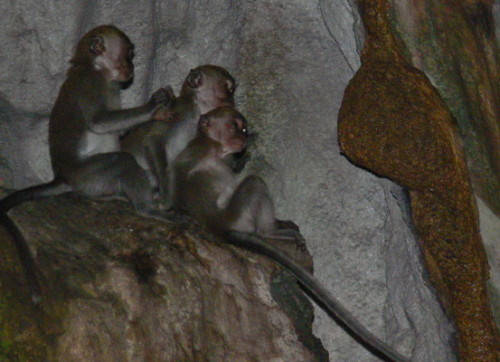 One of the most interesting places to visit in Peninsular Malaysia are the Batu Caves. The caves are formed in the steep mountains and have many religious temples built inside. On the left you can see the huge statue next to the steep staircase that leads up to Batu Caves. Inside the main cave there are some smaller religious structures and a final Hindu temple at the very top. At the end of the stairs there is the dark cave which is home to many bats and other animals. There are educational tours through the cave as well as adventure tours lasting several hours. Above are some monkeys who were in Batu Cave.