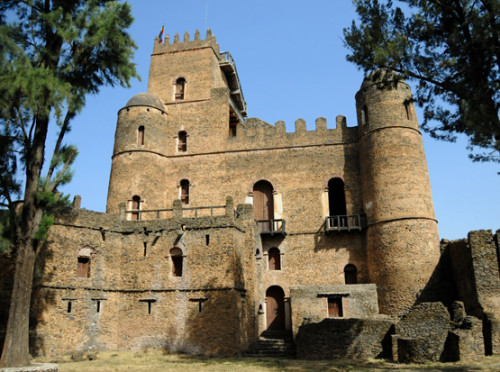 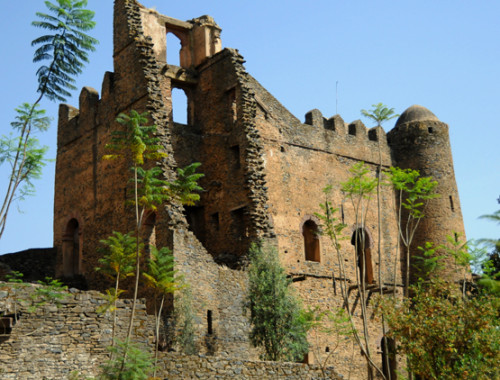 Back in 1635, the Emperor Fasilides founded the city of Gondar and ruled from the Fasil Ghebbi complex he had built for him. The complex included his own castle, and after he passed away the new emperors that took his place felt the need to add their own castles and expand Fasil Ghebbi. For nearly 200 years, the fortress complex served as the home for Ethiopia’s emperors with Gondar as the country’s capital. Above are two of the main castles, with the largest and the original castle built by Fasilides on the left. 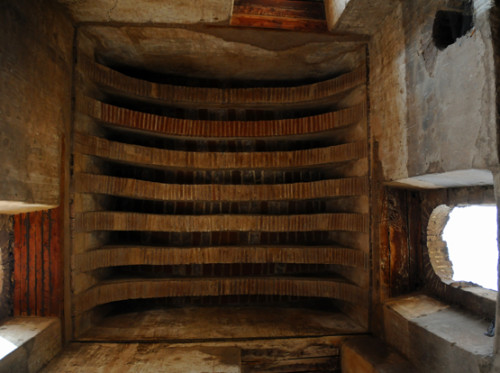 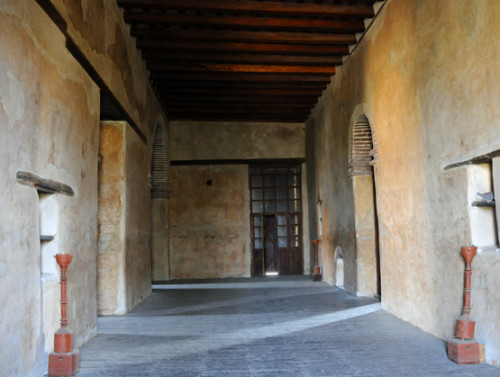 Above are photos from the insides of some of the castles that are in better condition and have also been decorated. These areas have been restored to the way they once were, mostly by adding new wooden floors and the repaired ceiling seen on the left. During World War II the Italians occuppied this castle while Britain was allied with Ethiopia. The British felt that the Italian use of the castle as a defense structure made it a legitimate military target, and so Gondar castle ended up being bombed by British aircraft resulting in partial destruction of many parts of the fortress complex. 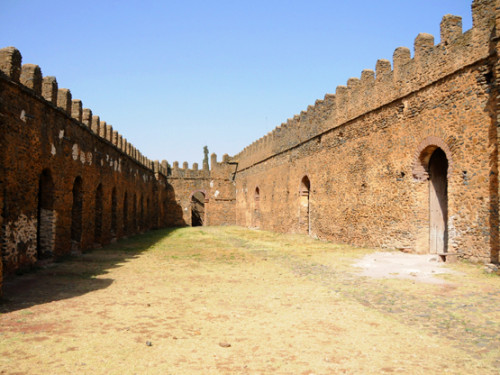 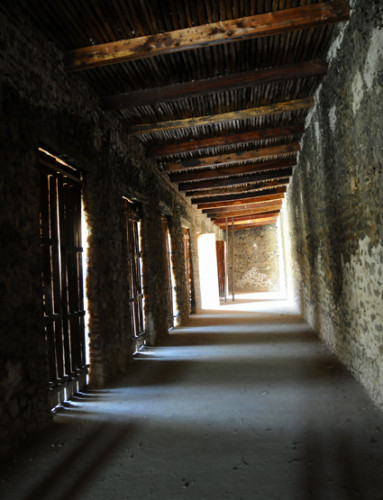 Other parts that seemed to be restored are the castle courtyards with their horse stables on the left and doors leading to the main banquet hall on the right. Some parts of the castles were never restored and are still in ruins, or maybe there hasn’t been enough funding to recover these parts of the castle yet. I did worry about being hit in the head by falling bricks but while walking under some destroyed ceilings and along beat up walls but everything stayed in place during my visit. Below are some examples of the detoriating parts of the castle. 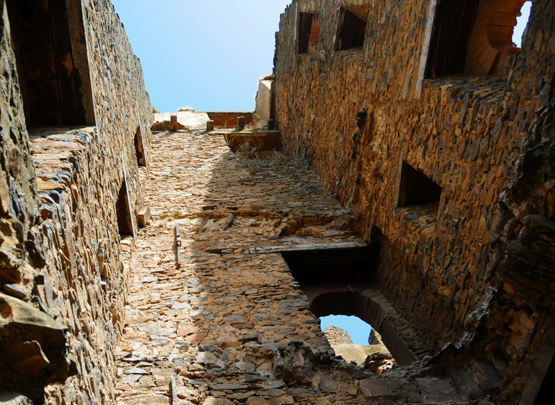 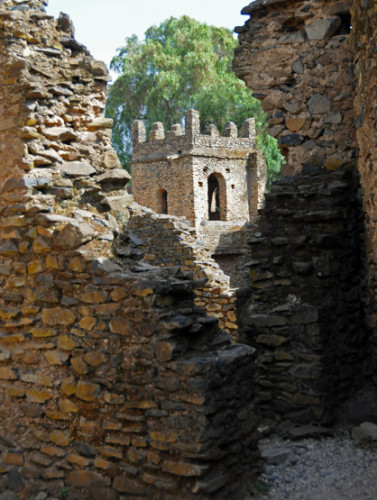 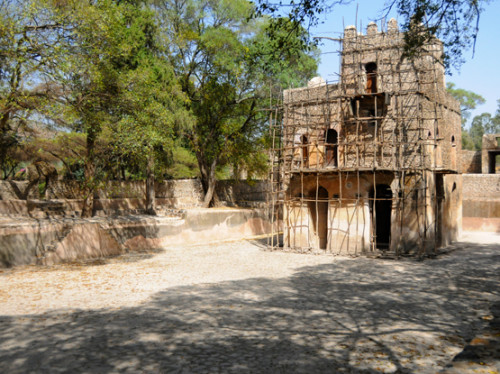 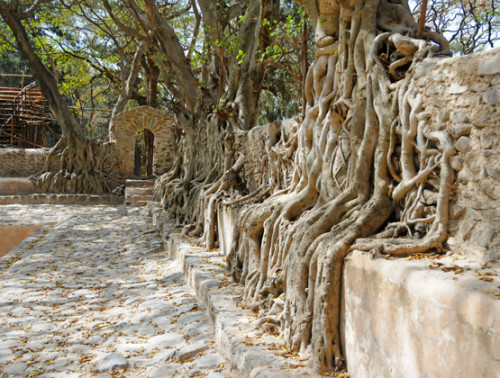 These two photos above are from Emperor Fasilides famous bath palace. Emperor Fasilides is viewed with mixed feelings today, as he attempted to convert the entire population of his city from Jesuits to Catholics. For the Jesuits that refused, it was estimated that up to 30,000 were killed by Fasilides and those who lived I would imagine did not have comfortable lives. Most of the Catholics who did convert were baptized ere. This bath is still in use today, and holds one of Ethiopia’s most important ceremonies, the Tikmat. Unfortunately when I visited they were doing some type of maintenance on the center structure and had to drain the bath out. Normally when the bath is filled with water the center structure becomes an island and is the precise location of where people are baptized while crowds line the outer perimeter. 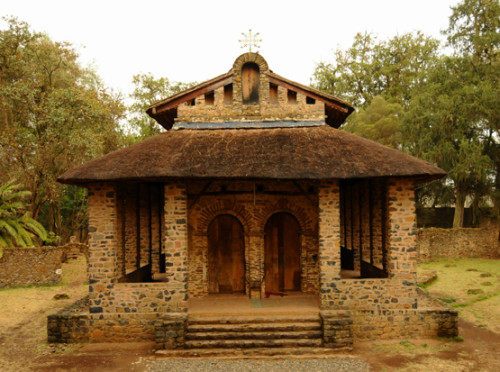 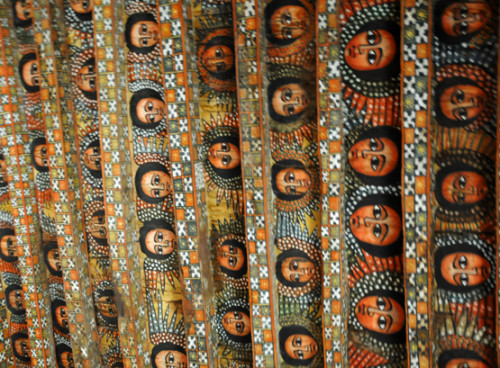 One last important place to visit in Gondar for me was another church by the name of Trinity. Honestly I felt like I had been to so many churches during my time in Ethiopia that I almost skipped this one but was glad I didn’t. This church was built in the 18th century, with a unique design unlike most other churches in the country. The church is mostly constructed out of brick and bamboo, with small columns around the main structure. The interior is covered with paintings like the other churches in the country, but there is one painting inside that is insulting to an other religion so the church has a lot of controversy. None of the paintings here are restored so they are in their original condition and have retained their colors over the centuries. The photo on the right is of the ceiling; depicting angels. 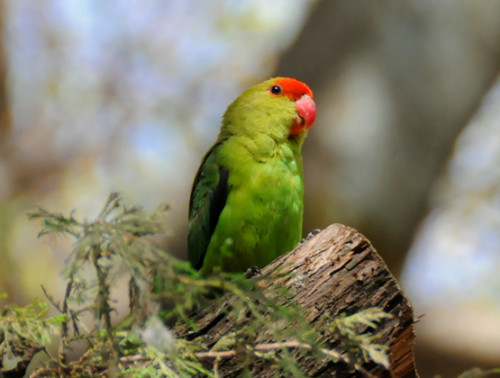 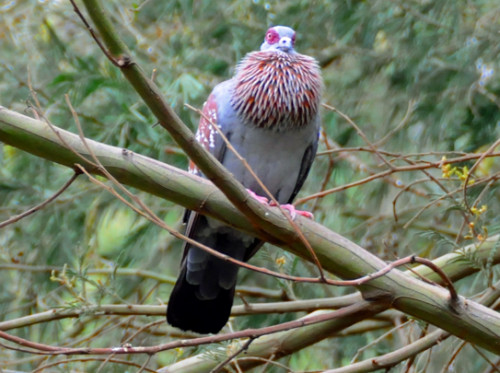 I normally save all my wildlife photos for the end of the page, but since I didn’t do any real excursions into the wilderness of Ethiopia I can only share some photos of birds I came across during my trip. The first bird on the upper left is the famous love bird, popular pets in the United States and probably Europe as well. As a kid I actually had a pair until they were able to escape, though I’m not sure if they made it back to Ethiopia. They are called love birds because a pair will ‘marry’ each other and remain monogamous for life. This species however is the black winged love bird, endemic to only Ethiopia and Eritrea. On the right is a not so attractive speckled pigeon. 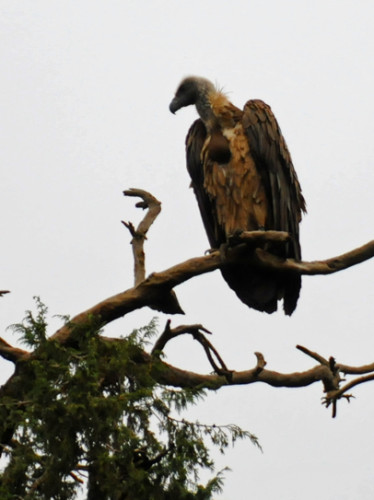 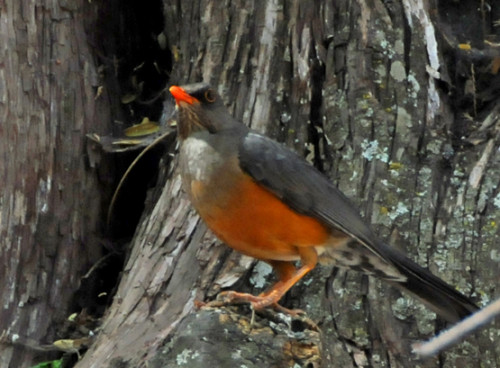 The vulture and the robin above are both birds that are also common where I live in Virginia, so they weren’t all that interesting to me. The vultures I have seen in Virginia at home are called turkey vultures and are only about a third of the size of the enormous vulture on the left. The white collared pigeon on the lower left is endemic to this region of the world, and even though it’s just a pigeon I always like seeing new species of animals. Some of these pigeons here in Ethiopia made noises that I had confused with monkeys. I never found out the species of the bird to the lower right. 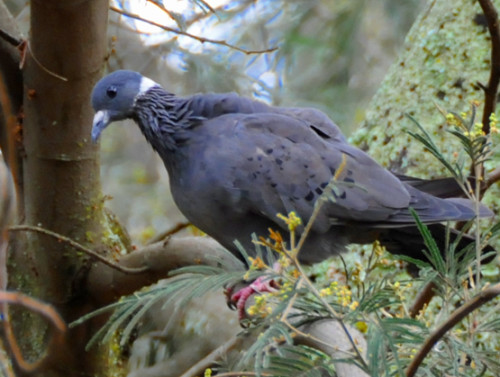 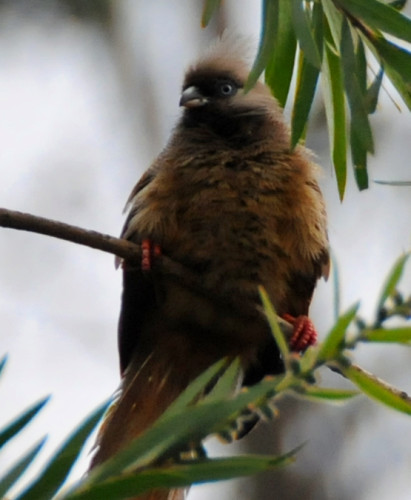