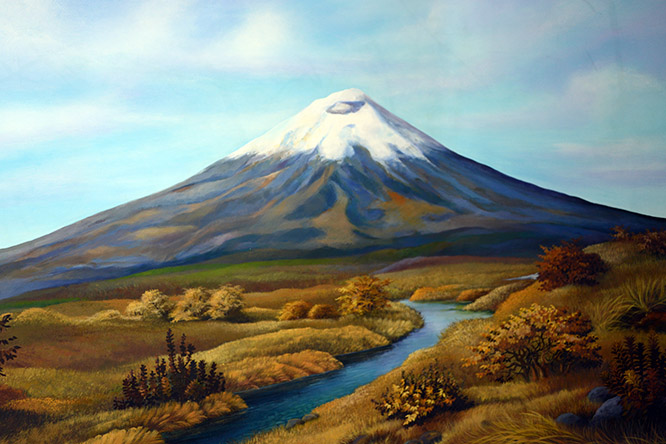 The first place I visited in Cotopaxi National Park was their visitor center followed by a small museum. Of course the national park revolves around the massive Cotopaxi volcano. The volcano is fairly active, and as a matter of fact I was one of the first people to revisit the park after it had been closed for a solid four months due to activity and heavy ash. Cotopaxi stands at 19,347 feet (5,897 meters) and is one of the tallest volcanoes in the world. Sadly the vast majority of travelers to Cotopaxi will never actually get to see the volcano itself because of Ecuador’s frequent cloud cover. The purpose of the photo above wasn’t to show disappointed travelers what the volcano should look like, but rather point out the effects of global warming in the park. Supposedly about 100 years ago the glacier from the volcano came down nearly to the base instead of the top half as in the painting above. 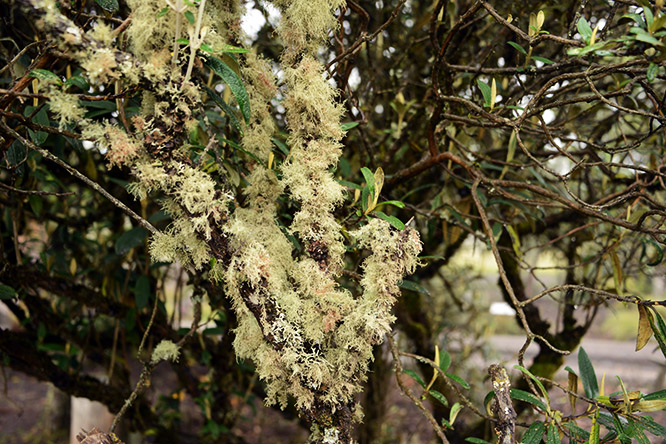 Right outside the museum is a small garden that has some native plants that live in Cotopaxi. Because of the humidity and overcast here, parts of the national park are cloud forests. The tree above that’s covered by moss and the paper tree below are both common trees at this altitude. The paper tree gets its name from its paper like bark. On the drive to the visitor center, you’ll actually come across hundreds if not thousands of Canadian pine trees and Australian Eucalyptus trees. The two native trees I posted have a short height and take a long time to grow. The non-native trees were introduced because of their fast growing qualities and because they produce high quality wood. 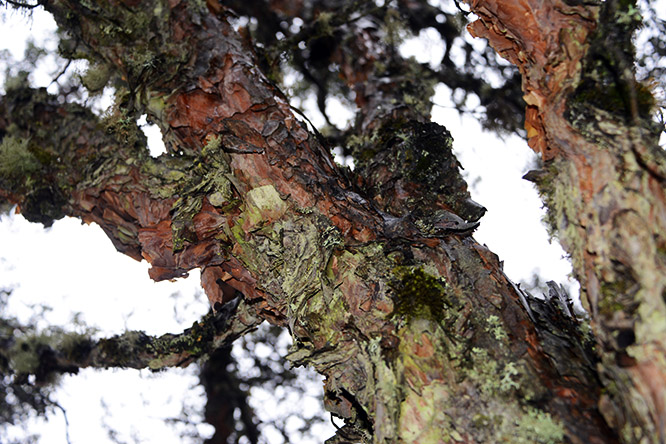 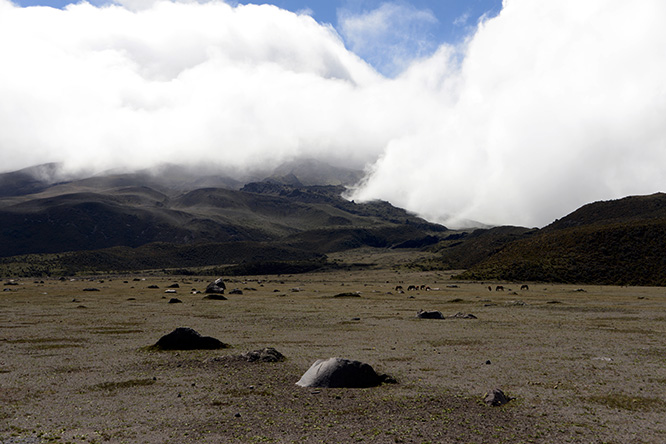 My driver pointed out that Cotopaxi was a few thousand feet away and pointed out the direct. Since I couldn’t see anything whatsoever I had to trust him that one of the world’s largest volcanoes was right in front of me hiding behind the clouds. There clouds were far back enough that I could see these wild horses below. Surprisingly most of the terrain around Cotopaxi is flat, and you can often seen horses grazing in the grasslands. 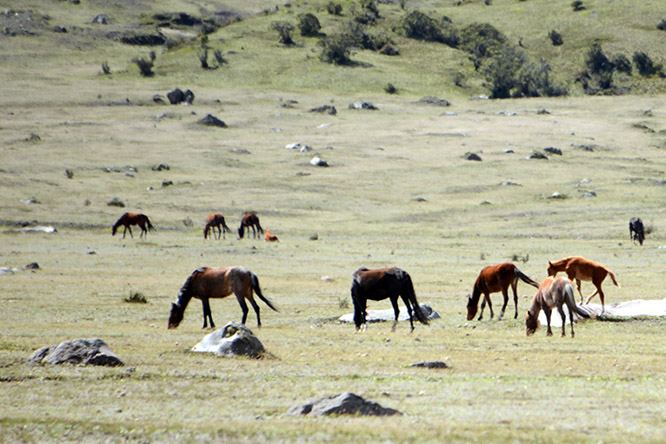 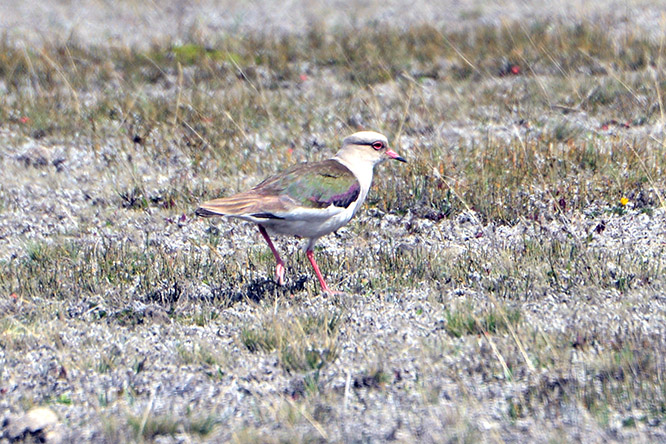 It was strange for me to think the plains of Cotopaxi being home to several species of birds. Without any real trees at this altitude, most make their home along the grass on the base of Cotopaxi. Above is an Andean Lapwing with one of its chicks below. 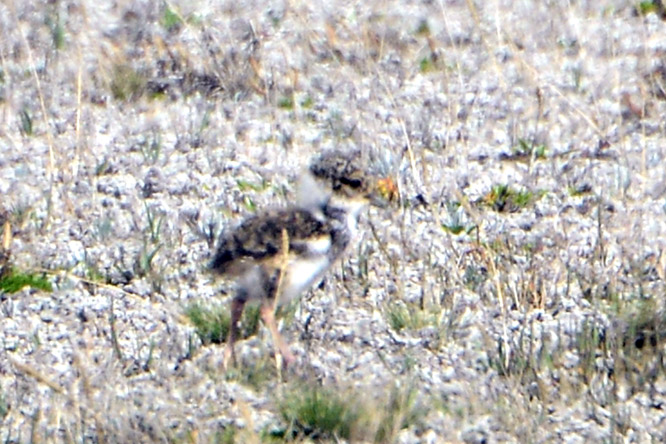 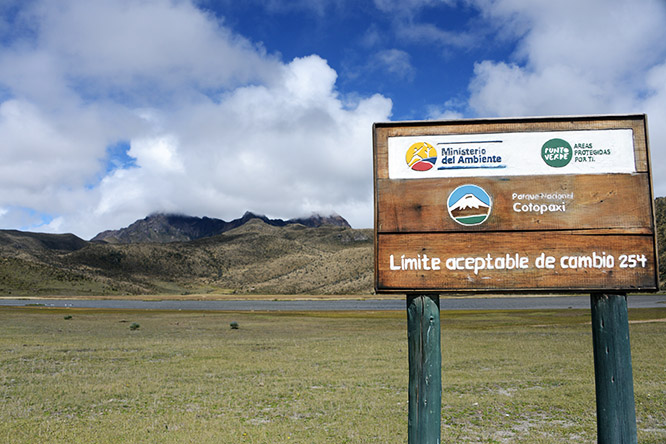 A large lake called Limpiopunku is a popular place to go hiking at. The lake is located at the base of another volcano called Rumiñawi. With Cotopaxi being off limits hiking Rumiñawi was another good option. 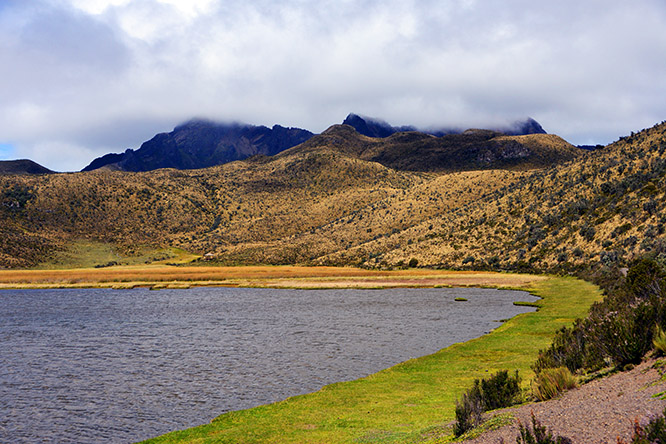 My first impressions of Lake Limpiopunku weren’t too impressive. I thought it looked more like an over grown pond or a flooded parking lot after a rainstorm rather than some mystical lake. Once you hike along the shores it looks a bit better when you get a bit higher. The water attracts lots of birds, so if you’re into bird watching there’s a little gazebo you can hang out at. 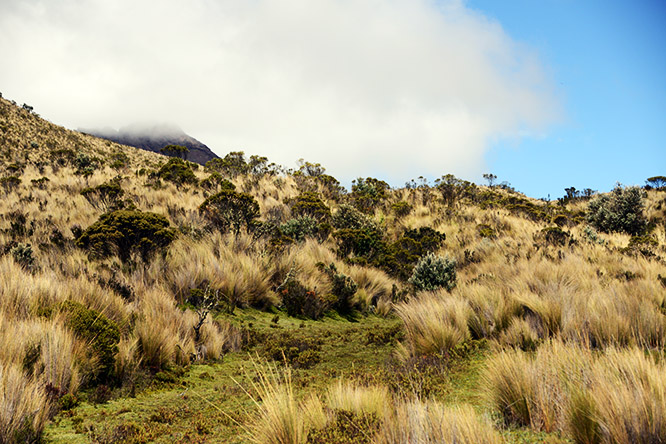 At this point, most of the vegetation was still tall grass and some small trees and shrubs. It didn’t look like it, but most of the soil was waterlogged like a sponge, and if you stepped into some mossy areas your shoe would go into mud. This brought back nightmares of Carstensz Pyramid, but of course nothing can ever compete with the horror of that place. 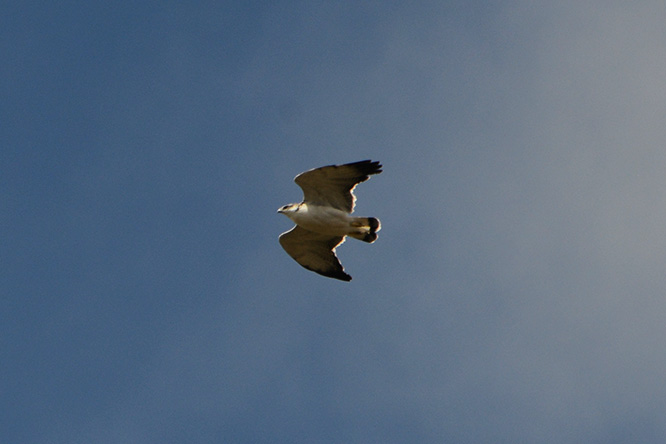 After just a few minutes on the trail a large eagle started circling over head. I’m not sure of the species, but at the moment he was definitely dominating the sky. Lucky for this lizard below, I spotted him but not the eagle. I’m not sure of the lizard species either, but with his unique tail he shouldn’t be too hard to find! 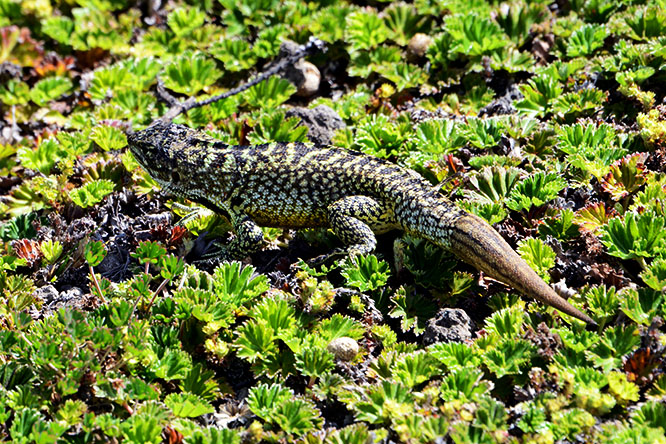 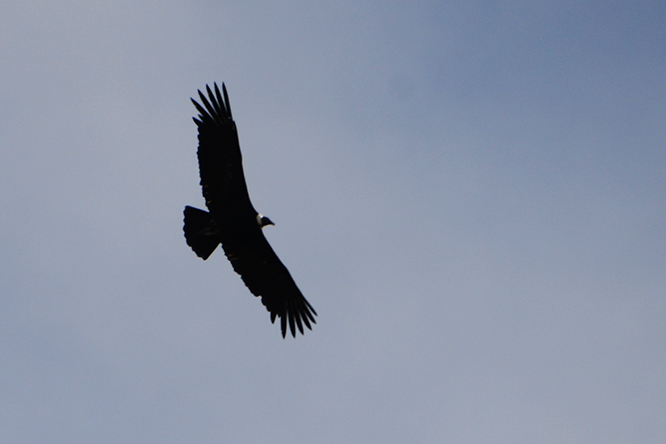 Later on the hike I came across one of the most sought after birds in South America! I had no idea at the time, but this Andes condor is one of only about 150 left in the world. They’re an extremely endangered species and I wish I had spent more time with this guy. At first he was flying right towards me and then suddenly made a turn and disappeared up into the mountains. 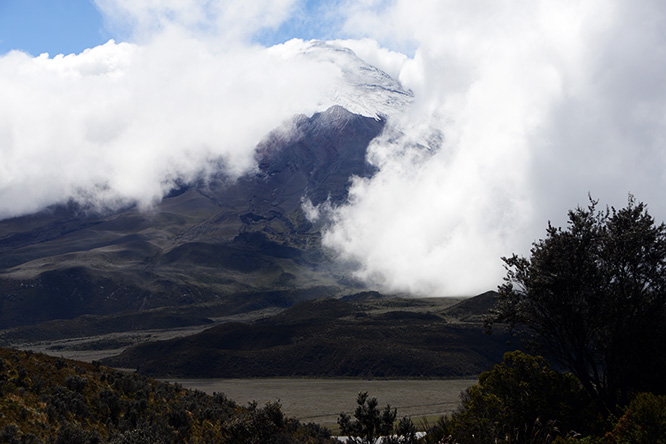 During the hike the clouds cleared a little bit, and I was able to take these shots above and below of Cotopaxi. I was hoping for second or two of the massive volcano being completely exposed but new clouds were always rolling in, and I was lucky to see this much! 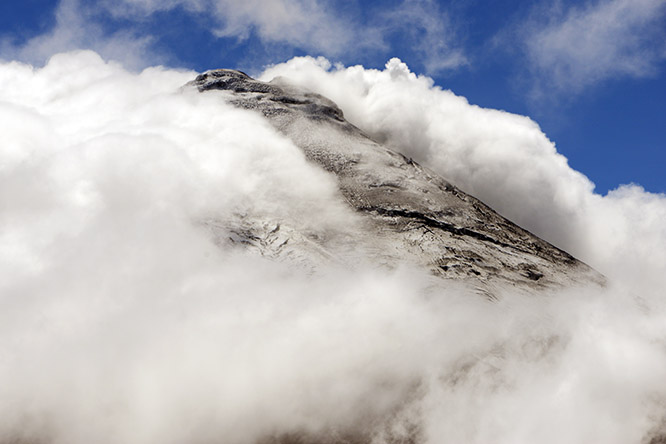 After about two hours we reached the base of the volcano Rumiñawi. The mountain wasn’t covered by clouds so I was able to see the entire thing. A hike to the summit of Rumiñawi is possible, but as I was over 13,000 feet (4,000 meters) already, and had literally just arrived to Ecuador from sea level a few hours before, hiking higher in altitude was out of the question! After a few days I did climb a 17,000 foot 5,000 meter) peak, and from there I took the photo below of Cotopaxi poking out of the clouds. 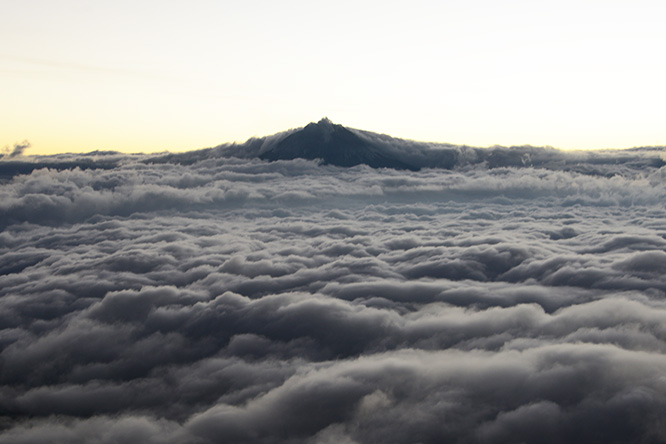