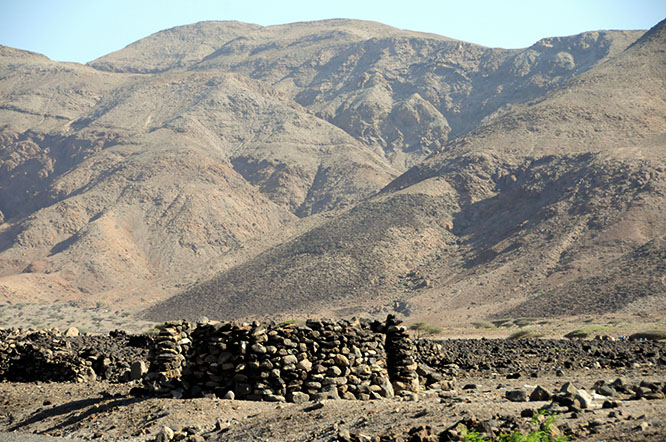 In the western and northern parts of Djibouti you’ll find some of the most unique places in Africa. Although the cities of Djibouti are well civilized and safe, the Afar people who take up this region are known for their brutal ways of life and violence. A famous line from an Afar man goes, “It is better to die than to live without killing”. This doesn’t refer to hunting animals, but killing other people! To become a man in the Afar region it was customary to kill another man from your rival tribe. Of course you could always lie and say you accomplished your mission and go on to manhood, but tribal leaders required proof such as bringing back the head or even better the entire body. 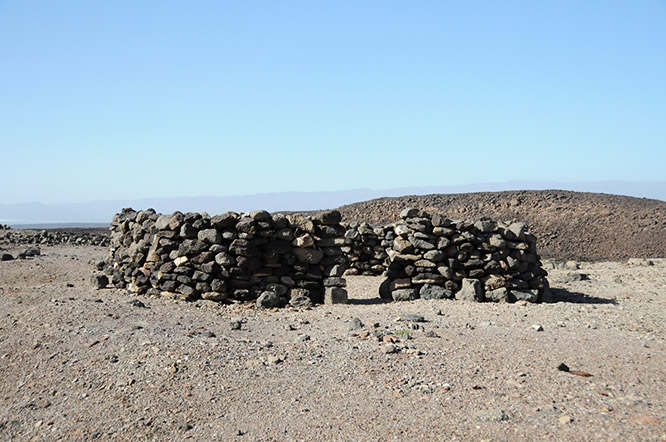 Nowadays they have since calmed down a bit, but visiting Afar regions which border Djibouti, Ethiopia and Eritrea still requires a lot of money and an armed escort. Other nomadic and tribal people live in the rural areas of the country as well. Some of the simpler people once built these stone homes I saw on my way to the lake but I don’t believe they are still in use today. 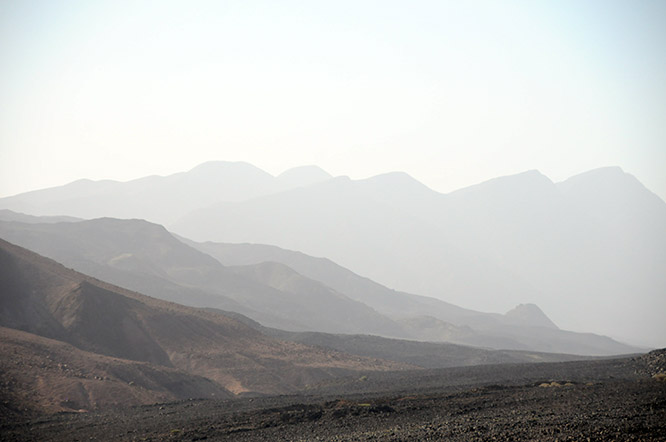 On the drive west it didn’t take long for the sea to turn to large dry mountains. When you’re on the coast or Moucha Islands, it’s pretty flat so it was hard to imagine such a quick rise in the terrain! 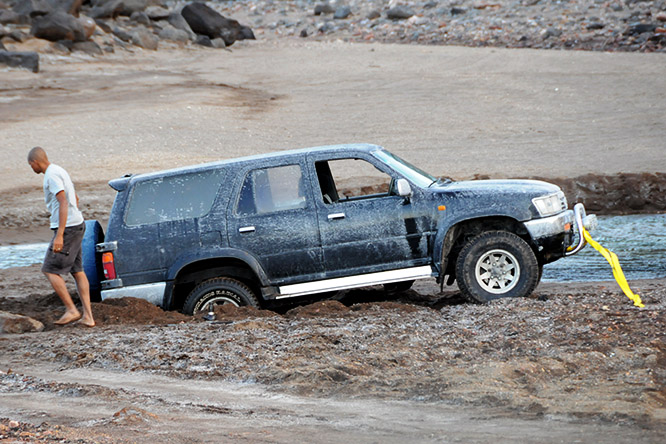 A few people enjoy some outdoor sports out here such as the man who went four wheeling and found himself stuck in a rare muddy river. I had hired a taxi driver to take me out here by the way. The man who was stuck spoke French with my driver. I can’t speak French so I’m not sure how this happened or how he got back out. He was at least an hour from the capital at this point so he certainly was not having a good day! 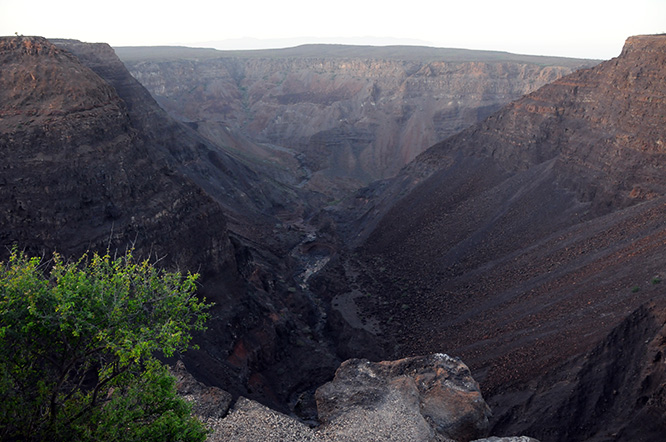 This wasn’t part of my plan, but on the drive I noticed an area to pull off that seemed like some kind of view point. I had done some researching on traveling in Djibouti and no where did I come across any mention of these deep canyons! I found out later that most people call these the grand canyons of Djibouti, but they are formally called Belvedere sul canyon. They are much smaller than the ones in Namibia which are the worlds third largest canyons. I couldn’t exactly say the reason, but somehow I found these more impressive than the canyons in Namibia! It could simply be because I wasn’t expecting anything here, or maybe they really are much deeper. 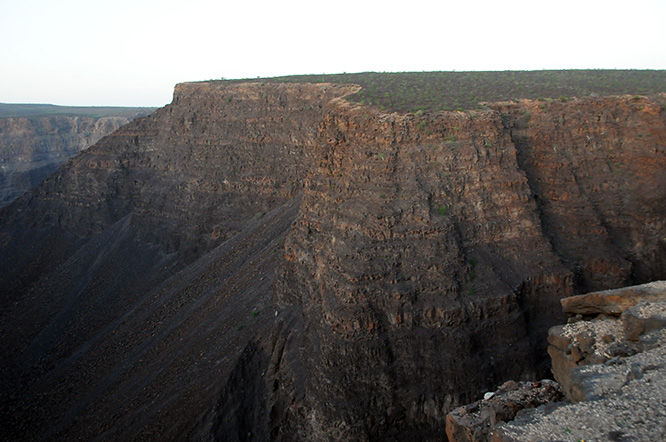 As we continued our relatively short drive the scenery continued to impress us. Not only did we stumble upon the Djibouti Canyons, but we also found what locals call the Djibouti Sea. This is actually a large lake called Lake Ghoubbet. I’m unsure if this is salt or fresh water, and it appeared to be separated by the gulf by the tiniest sliver of land. The water certainly has a deeper blue to it than the surrounding ocean. As far as color goes, this is one of the most beautiful lakes I’ve seen in Africa. 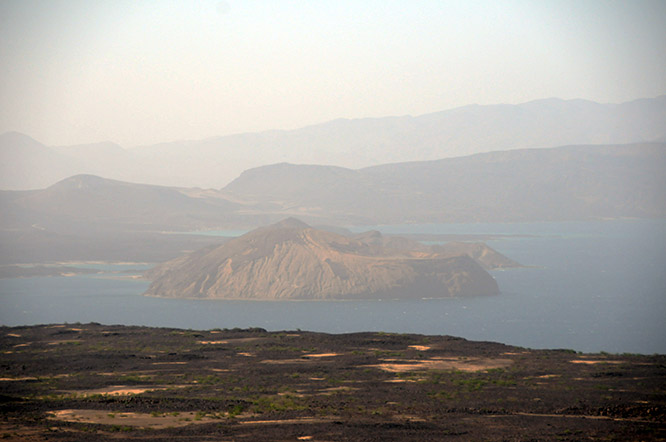 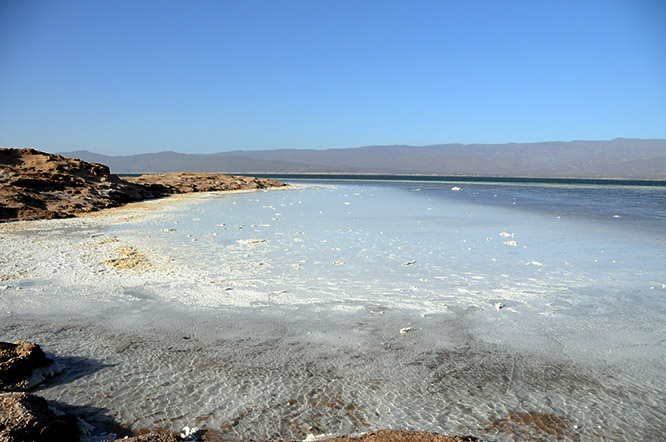 Just west of lake Ghoubbet was my real destination, lake Assal. Sitting at 512 feet (156 meters) below sea level, it is the lowest point in this entire continent. Just like Death Valley is North America’s lowest point and one of the hottest places in that continent, lake Assal is also a hot spot in Africa, but doesn’t hold the record for the continent. 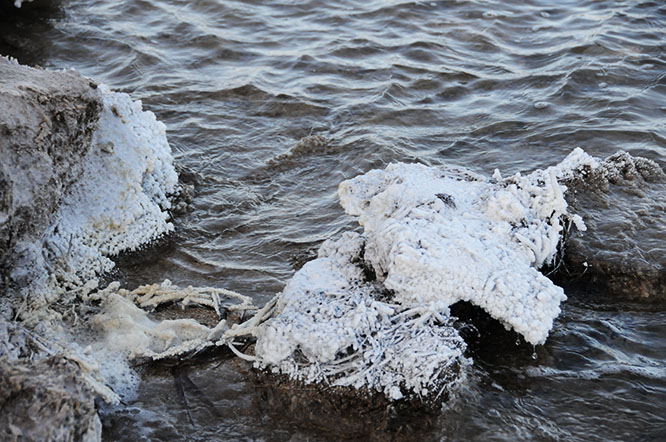 Because of the hot temperatures, the lakes here should have evaporated long ago, but underground is a hot spring which provide a permanent flow of water. The high amounts of evaporation that occur leave behind high levels of salt. Lake Assal actually has the highest levels of saline than any lake in the world outside of Antarctica. The dead sea is often mistaken as the world’s saltiest lake, but that honor is held right here in Djibouti! Above and below are some photos of the salt formations along the shore. 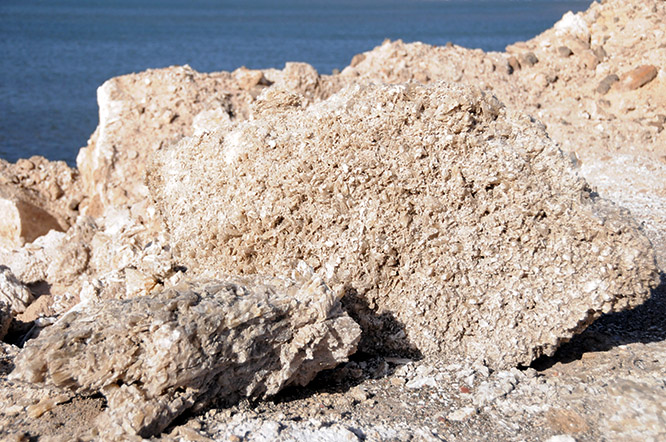 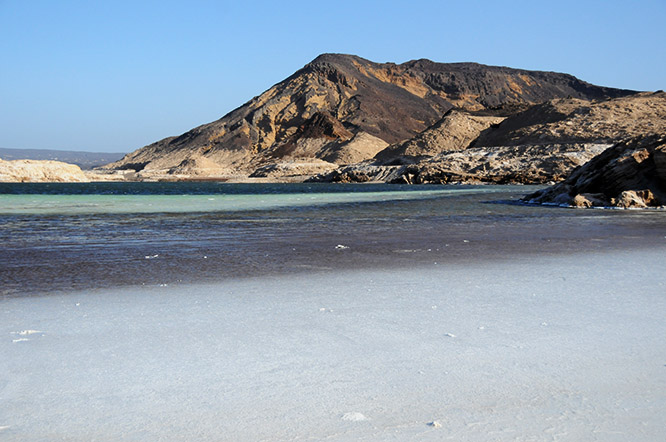 I nicknamed the mountain above Peanut Butter Mountain because I though the colors resembled peanut butter and chocolate. The photo below is a more zoomed in shot showing some other parts of the salty coastline and some greener regionsof the lake. In Bolivia I visited a high temperature green lake which was the result of a special kind of algae. I would think the high saline levels will not let anything grow in it so maybe the discoloration here is from certain chemicals fed from the springs. 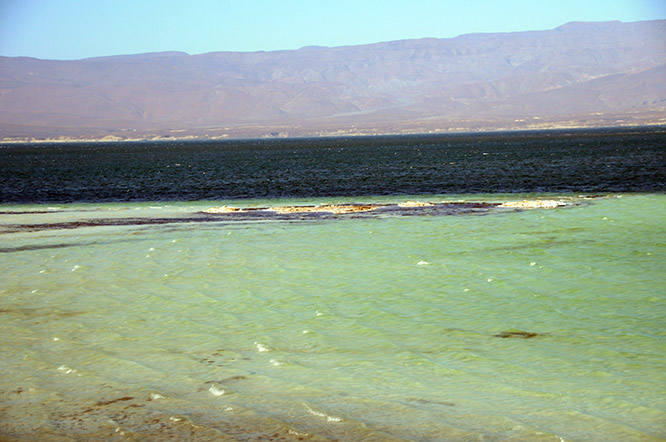 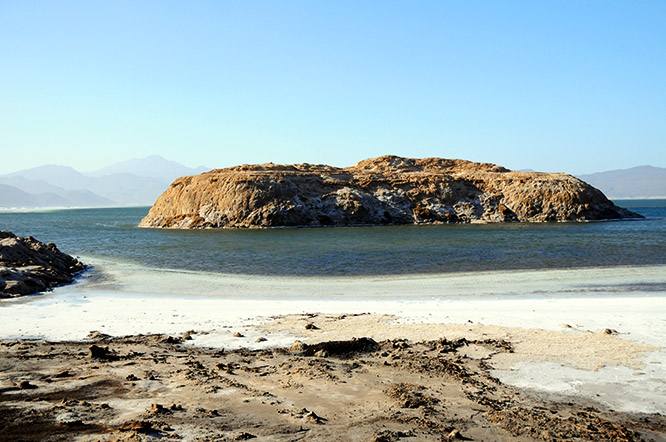 Above is a small island on the lake. I’m not sure if anyone ever visits it since it doesn’t seem like it would be fun to kayak to it, and I assume attempting to swim would be a suicide mission. I did my fair share of exploring but made sure I stayed on the ground. Below is a photo of me at the lowest point of Africa! I was here in March so the temperatures were approaching the hottest times of the year, but not too miserable yet!

Like most places in Africa, you can be in the middle of no where but will be approached by someone trying to sell you something! Some locals here were selling products they had made out the lake itself. At least their goods were very interesting. Most of them were hand carved items made out of the salt, and a few interesting minerals were up for sale as well. 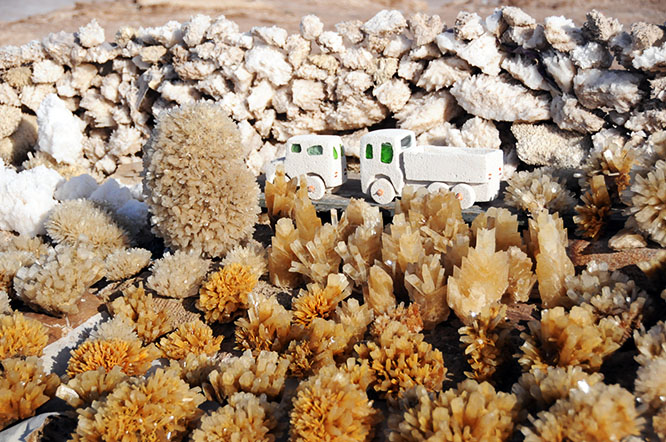 Other destinations in Djibouti

Other countries in Africa