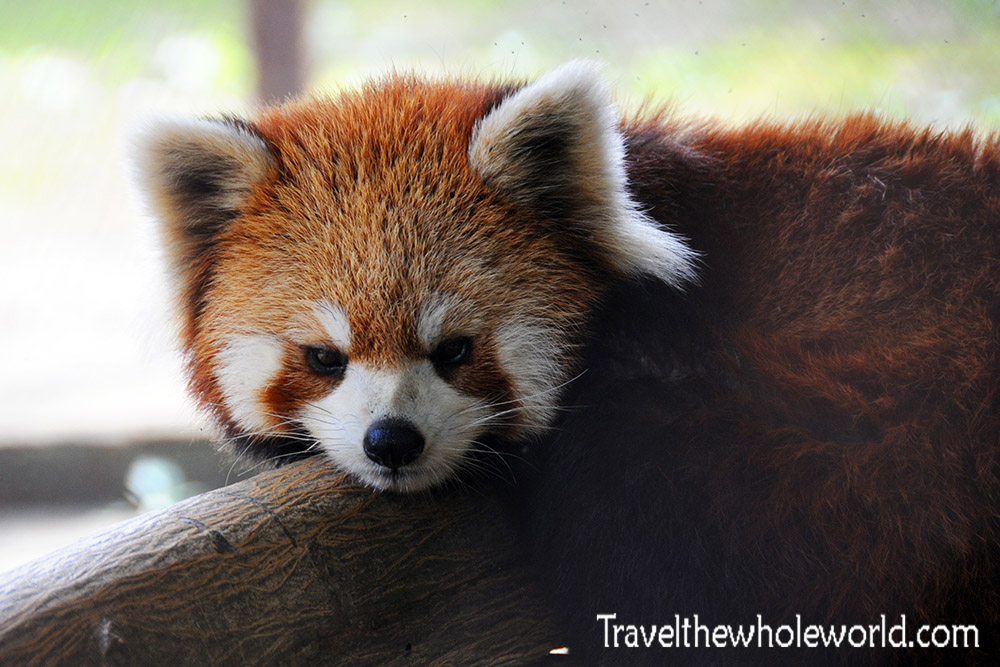 A great place to visit just north of Xi’an is the Zhouzhi wildlife rehabilitation center. Injured or sick animals that are native to China are taken in and nursed back to health. The vast majority of the animals here are exotic ones that would otherwise be hard to spot in the wild. I thought this sleeping red panda bear looked more like a cross between a raccoon and a squirrel than an actual bear. Originally wildlife biologists had placed these guys in the bear category. After more research was done on the red pandas, they were found to be so unique they earned their own class. 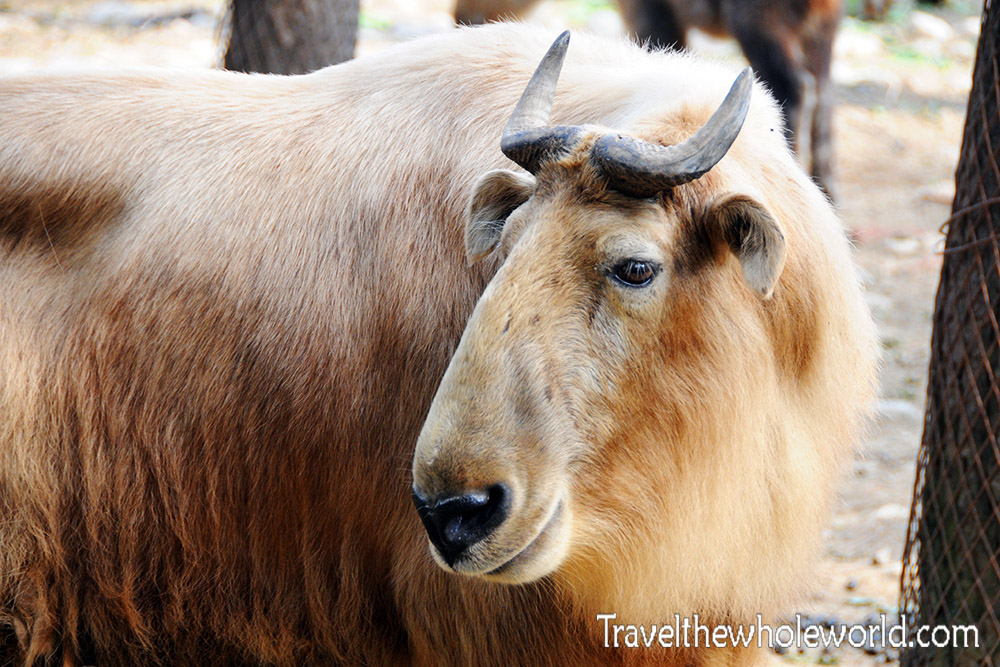 This next animal is the golden taiken. With long hair like a yak but more of a face of a goat, the golden taiken looks like it could be a rare find in the wild. These guys are actually fairly popular and are not considered to be endangered. Like the red pandas, these high altitude beasts live on the outskirts of the southern Himalayas at a range of 3,000 to 13,000 feet (1,000 to 4,000 meters). 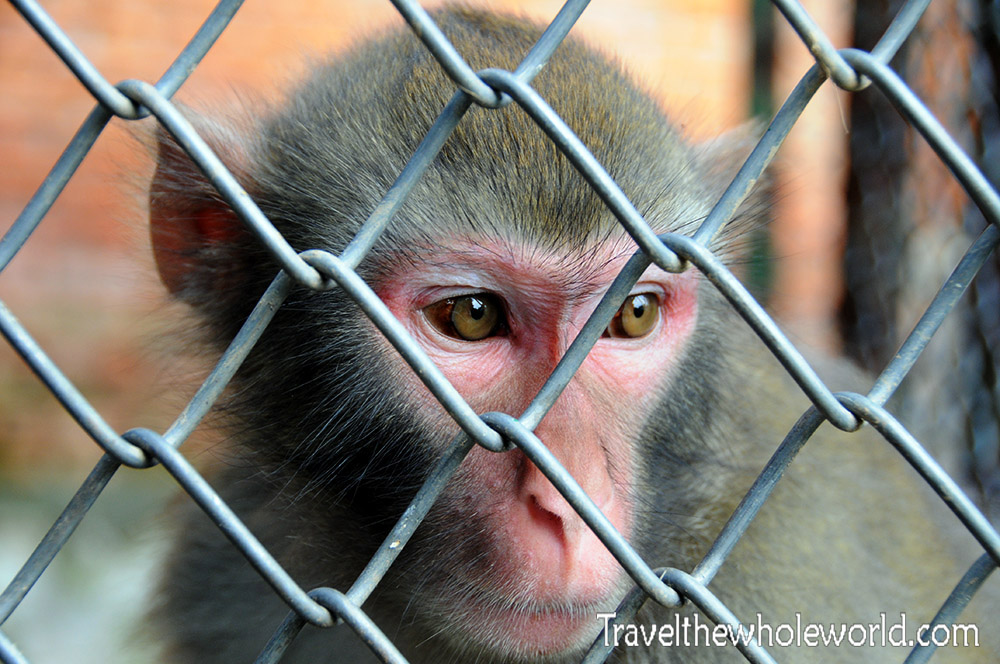 Two other small mammals I came across in the refuge are the monkey above and the sloth below. The monkey deceptively looks calm and deep in thought. Right after I took the picture, some Chinese tourists approached it and the monkey started violently screaming and thrashing out from its cage. 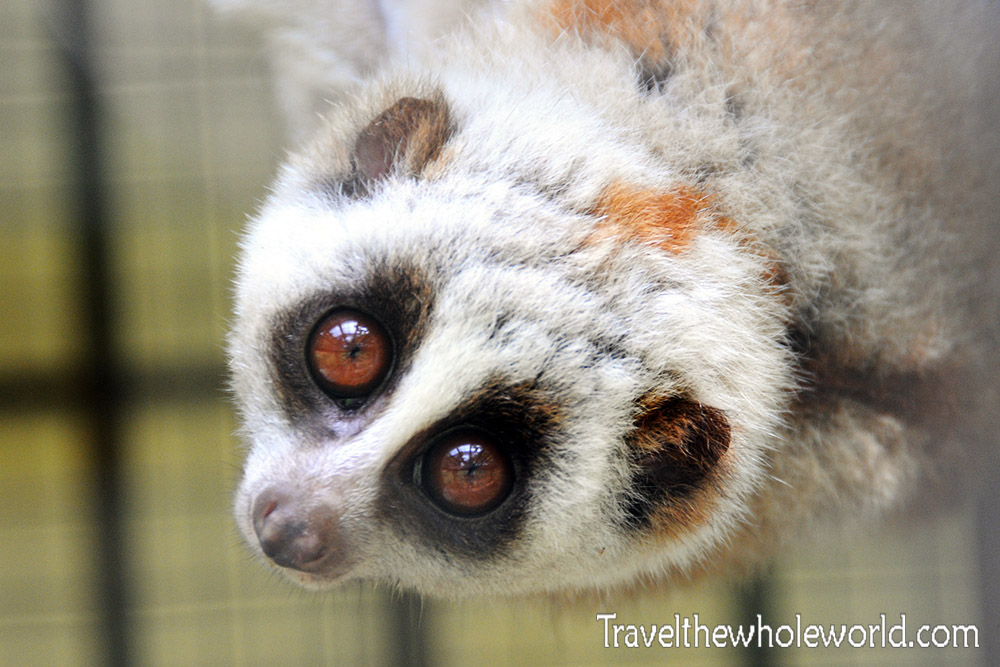 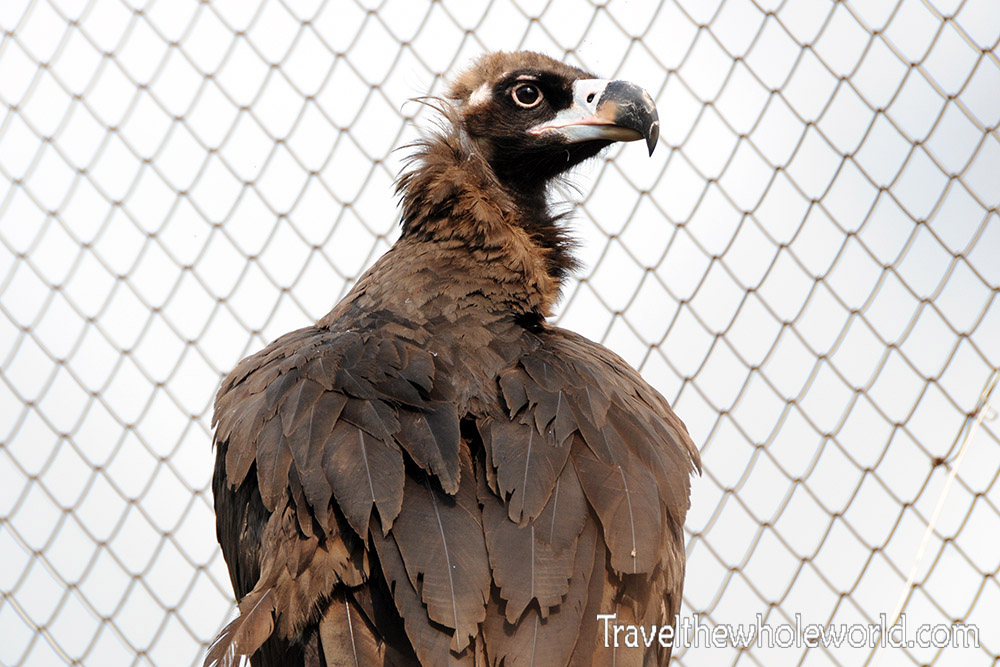 I tried but could not find out the species of this large bird above. You’d think it’d be easy to find, since there are only so many large vultures and eagles in this region of the world. I did have some close calls but none that I felt were good enough to say with confidence. 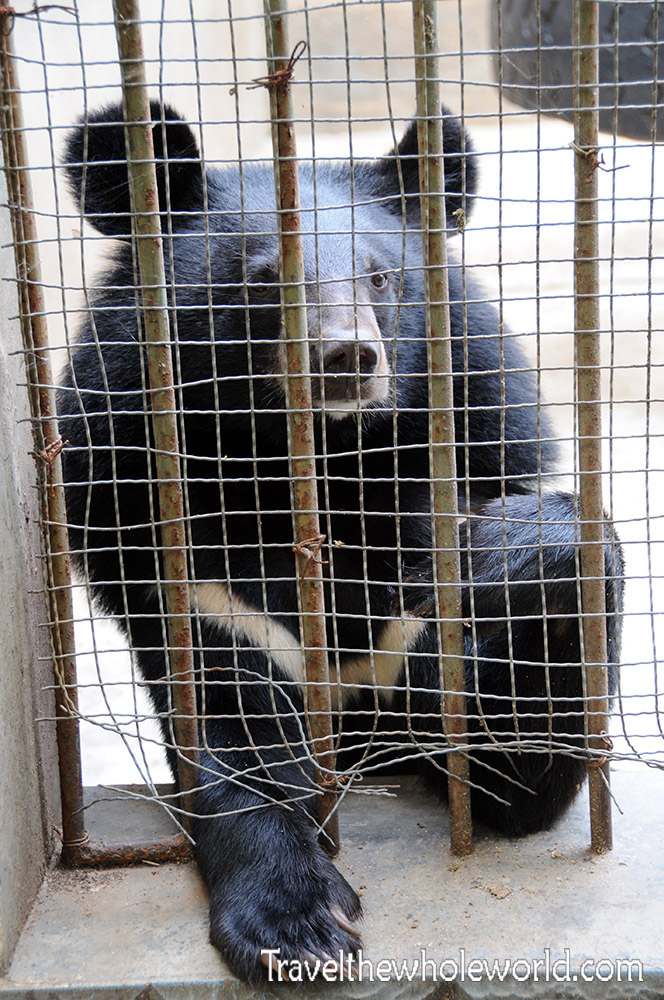 I am completely sure that this bear below is the Asian black bear. There aren’t many species of bears in China so that already makes it easy, but the tan fur on the chest gives him away. The Asian black bear has an incredible range, these guy can be found as far west as Iran and then all the way east to North Korea and further northeast into Siberia. I felt most sorry for the bear since he had clearly made an attempt to escape. He seemed like they had recovered and were ready to move on in life to bigger and better things. 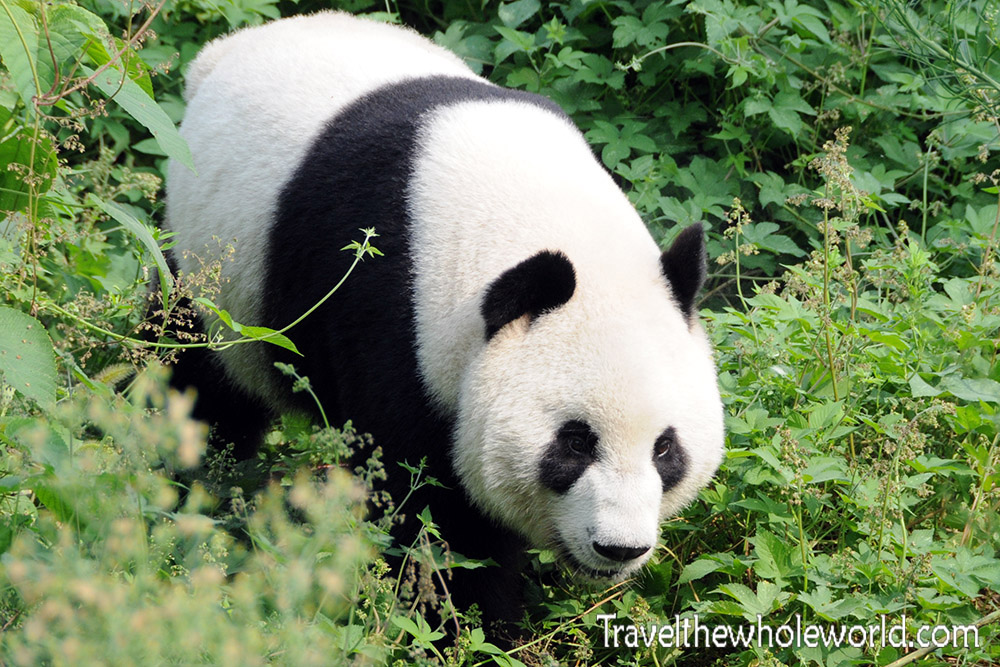 As you can see the wildlife rehabilitation center supports several species of wildlife, but their main goal is to support panda bears. Even if you were to include pandas living in zoos, the total panda bear population on earth is only 1,600. This makes them some of the rarest and most endangered animals on the planet! 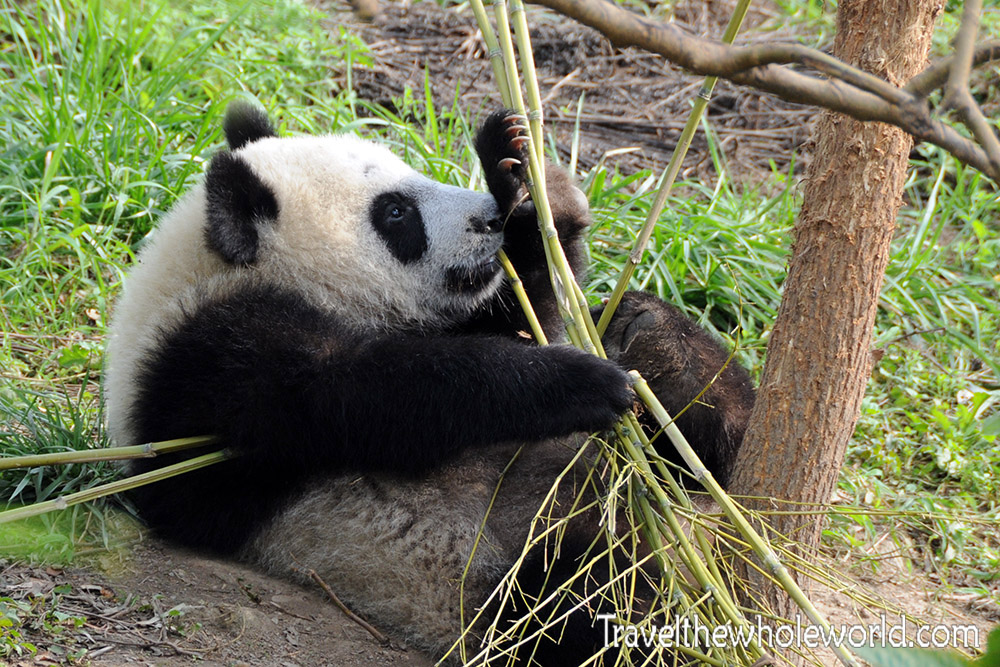 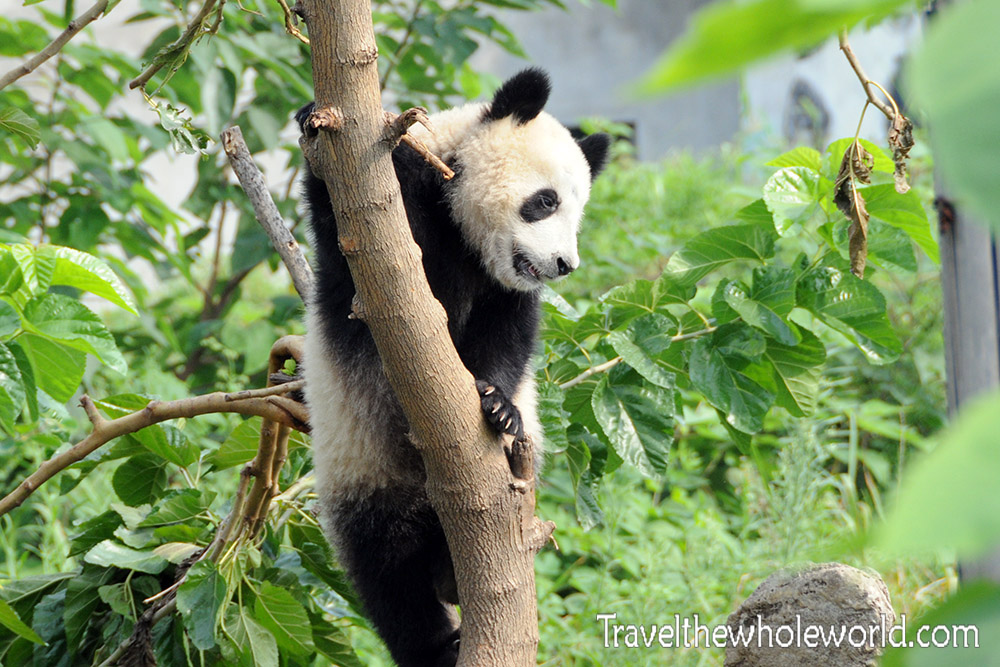 Wild some of the animals here I questioned if they had always been permanent residents or not, all the pandas here are rescues. There are over a dozen pandas in the Zhouzhi reserve, and while that might not sound like an impressive number, it’s actually enough to make this place the second largest Panda bear refugee in the world! 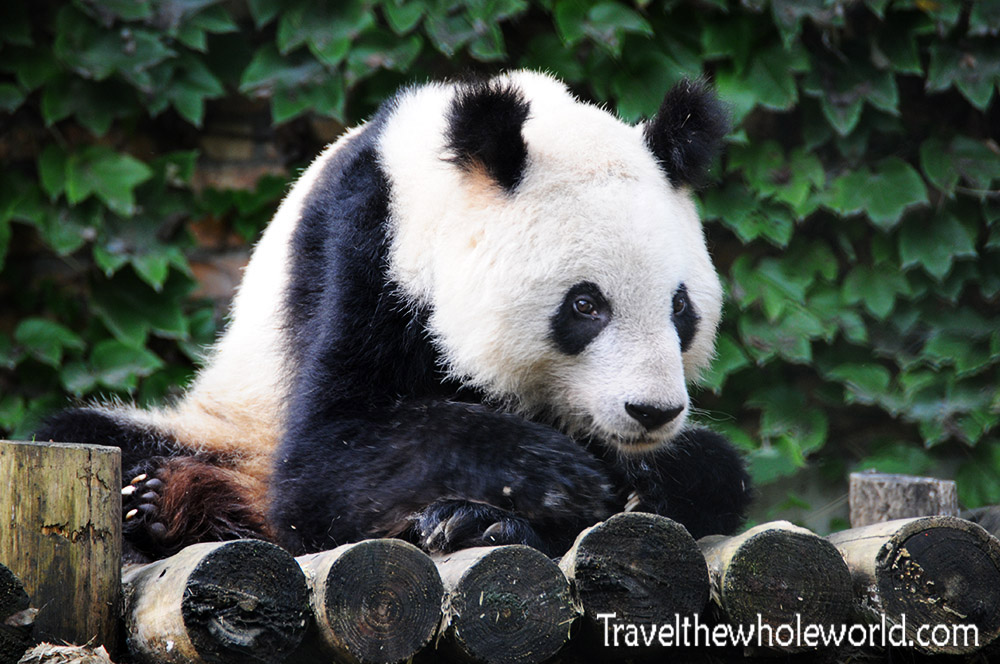 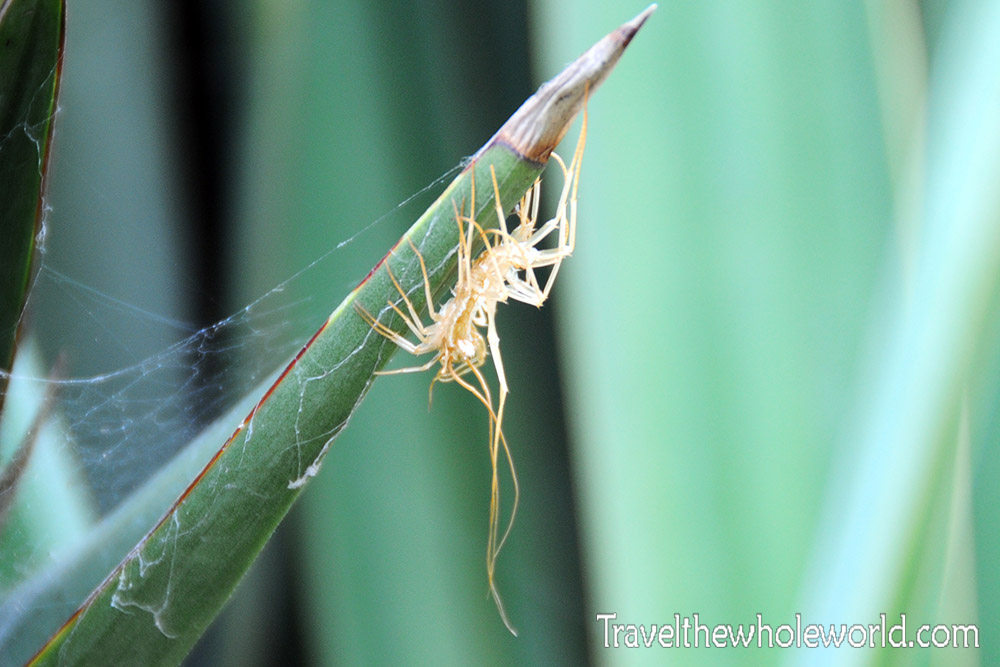 My last photos of wildlife might not be pleasant for all but these are my only ‘real’ wildlife photos I have at the moment from China. I suppose one exception is years later on my way to Mt. Everest’s Advanced Base Camp, I captured a photo of some strange high altitude sheep above 17,000 feet (5,000 meters). Since the larger animals were part of a wildlife rehab center I can’t really consider them natural shots, so these nasties are all I have to work with. For whatever reason this place was crawling with all kinds of bugs. This centipede resembled a house centipede which I have seen in the states before. 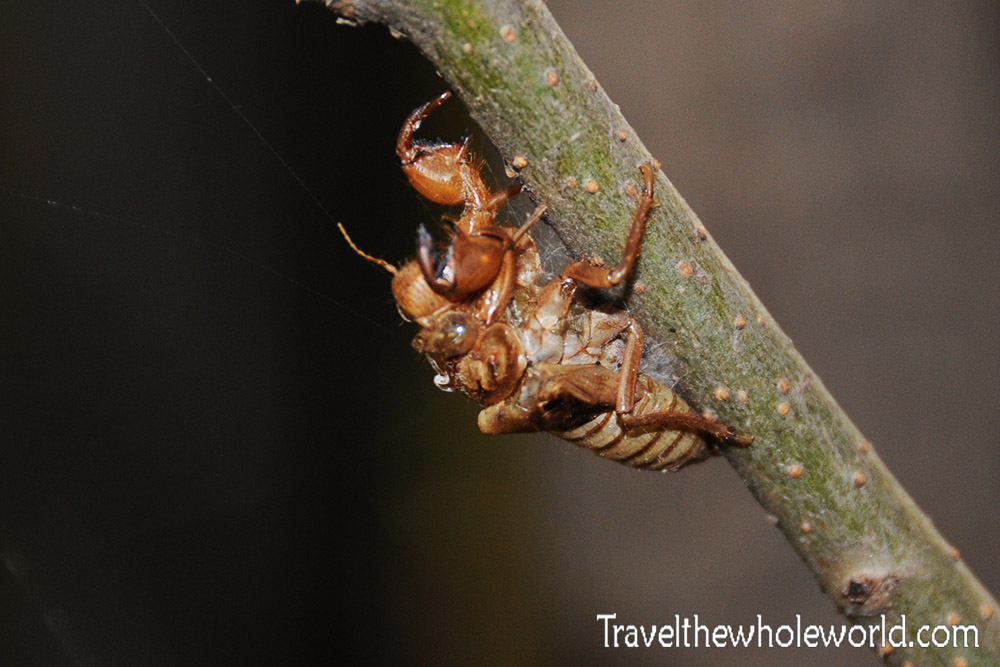 This empty shell resembles a cicada that also lives back in my home state of Virginia. Interestingly, I’ve seen hundreds of stink bugs in Virginia that were accidentally introduced from China. Sometimes I’d count dozens of them all over my front door or smothering my windows, but I didn’t come across a single one of them in their homeland. 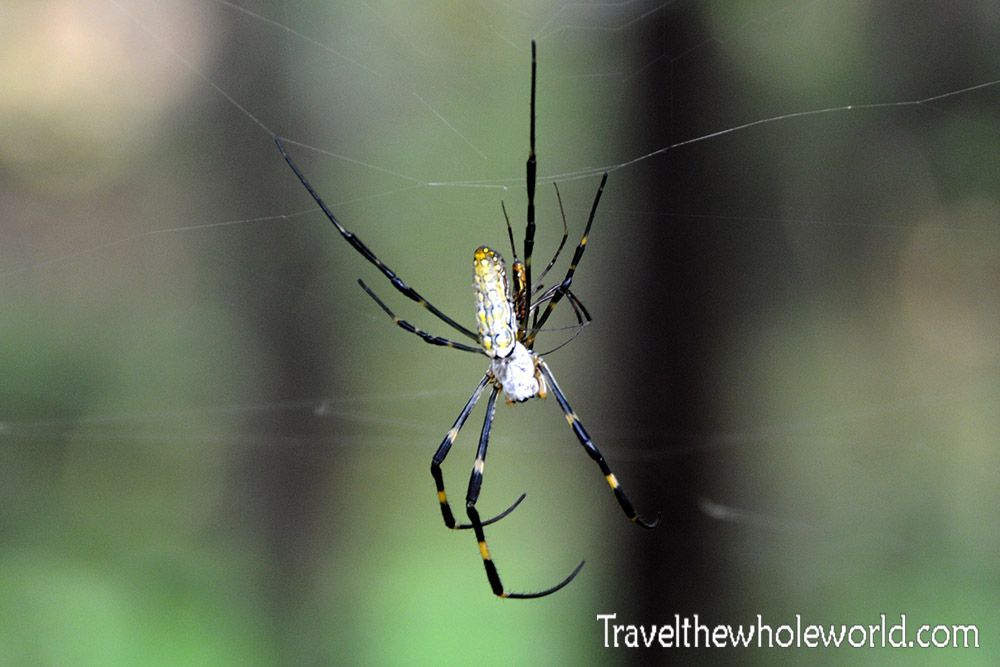 When I first saw these huge colorful spiders I thought they were the same species of some that I saw in Japan half a decade earlier. After comparing my own pictures I did see some obvious differences, so maybe at best they are closely related. Their black and yellow colors would suggest that these guys are poisonous. They were actually everywhere in this region. If I did serious hiking in the woods I’d definitely be worried about walking face first into one of their webs! 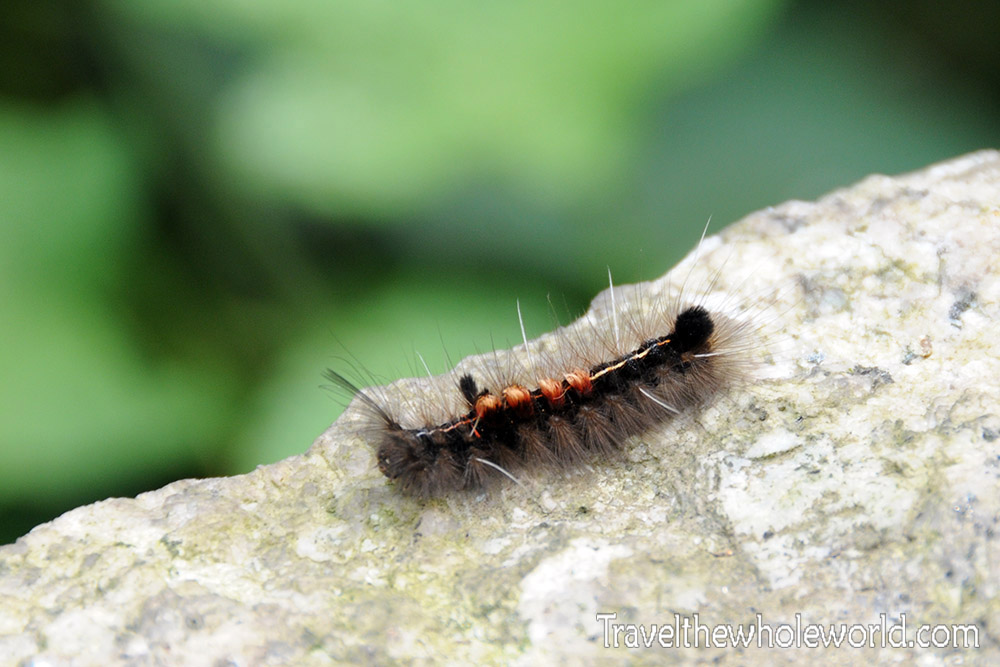 My two last photos show a hairy caterpillar and a huge fly; a species that I’ve never seen before. I realize these aren’t the most interesting of subjects but it’s what I came across. Since I’ve visited a relatively small area of China I still have a lot more exploring to do in this country. Next time I hope to later come across more exciting wildlife. When I return I plan to fly into Shanghai and from there visit parts of the south. I’d love to do some exploring in some of China’s tropical forests as well as the habitats that are native for panda bears. 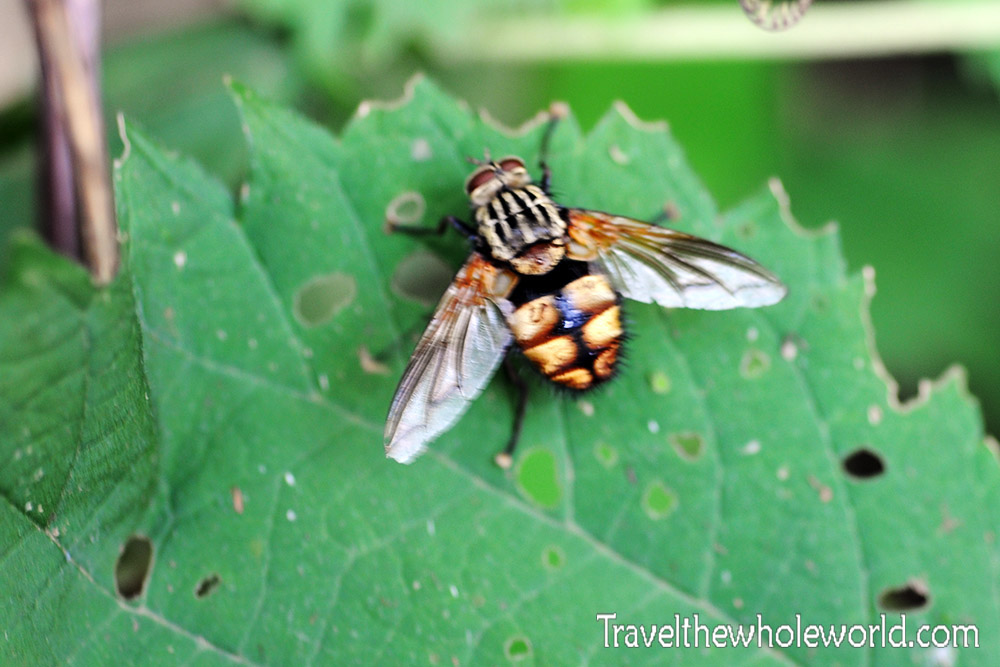