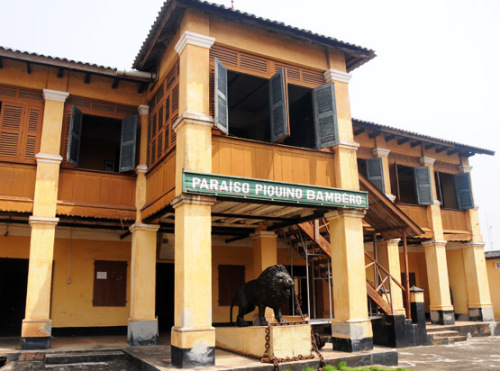 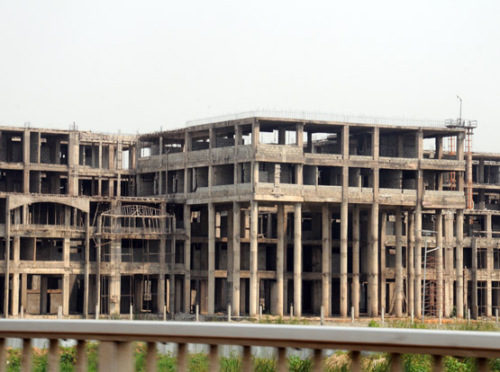 The capital of Benin is the lagoon side city of Porto Novo. Honestly I only came to Porto Novo to visit the museums and as far as cities go I spent most of my time in Cotonou. City wise there isn’t much going on in Porto Novo, but their museums are by far the best in the country. Above is a photo of one of their national museum on the left. Since Porto Novo is the capital and seat of government a new national assembly is being built here photographed on the right. 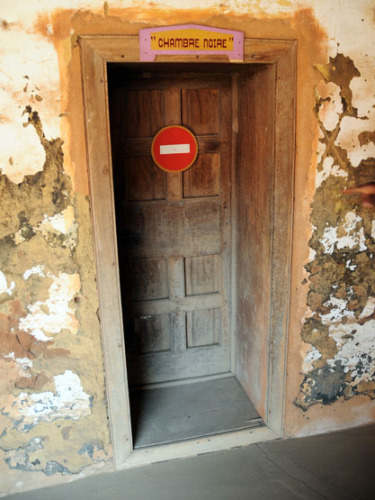 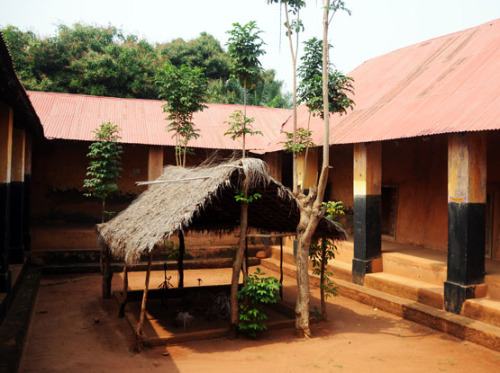 Benin was formerly known as Dahomey and is a country of a thousand kings. Many of the Kings in Benin got rich by selling slaves to Europeans such as Roi Toffa and his palace seen in the surrounding photos. The were dozens of kings that served in the palace over the centuries, most of them practiced a hybrid version of voodoo coupled with Christianity. I was surprised to hear that the palace actually had a suicide room, called the “Dark Room” in French. On the upper right is a small hut in a courtyard that was once used for voodoo ceremonies, and at least two kings took their own life here. Below is a cannon on the lower left that was exchanged for 15 slaves with the Portuguese. On the lower right are vases used to carry holy water that was used for blessing the palace. A special purification was done every decade. 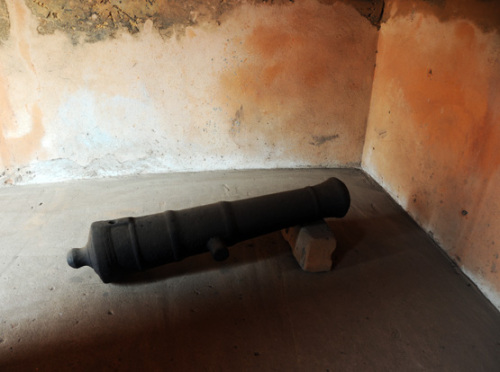 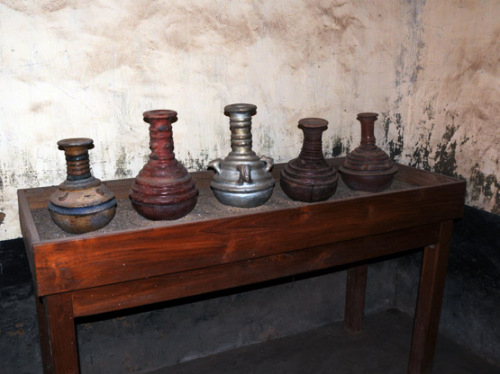 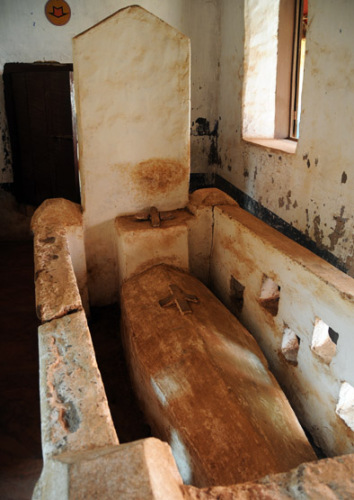 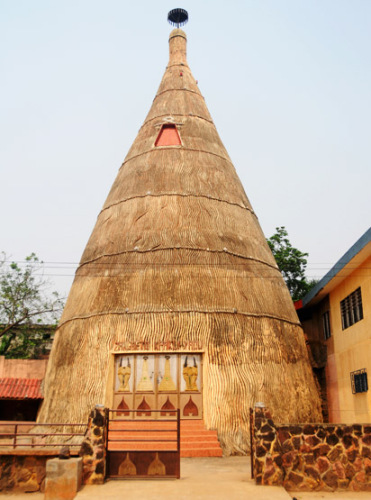 Above is one of the king’s tombs within the palace. There was at least one other tomb that I saw here but I’m under the impress that this one was one of the most important kings in the palace’s history. The palace was active until 1976 when the current king passed away and his sons fought over who should be the successor. Their arguments over who should become the new king led to an end of centuries of tradition. The palace was abandoned until becoming a museum in the 1980s. When I visited I was fortunate enough to see a voodoo ceremony take place on the palace grounds. Above is a enormous voodoo tower just up the street. Below are some locals dancing in costumes. I go more into voodoo below when I visit Ouidah. A local man tried to convince me that no one was inside the costumes and that they were dancing by magic. 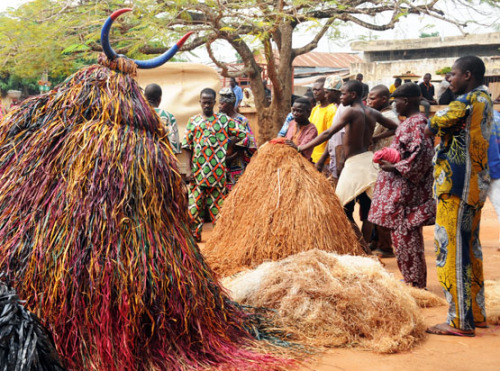 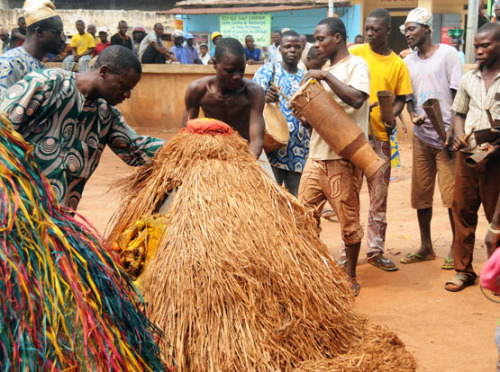 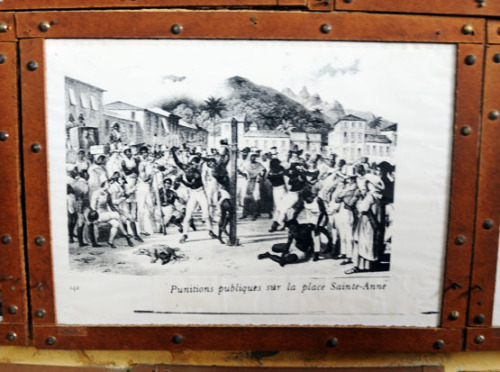 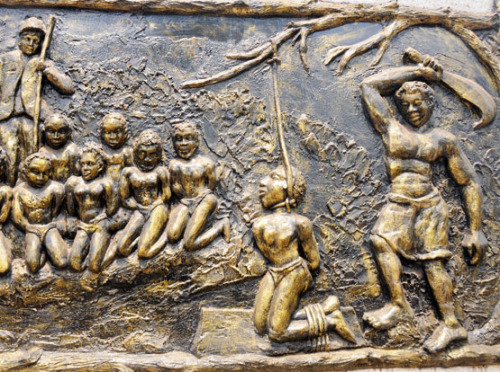 Next to the national museum, it was much larger than I thought and has a little bit of everything regarding the history of Benin. Some things I found pretty boring such as seeing antique typewriters and cameras. The museum also covers a lot about voodoo, kings and presidents of past and present and the slave trade. The museum gave a harsh reality of the torture and harsh conditions that slaves went through. What I found interesting though is they portrayed the blame equally on whites and Africans. In the photos above it shows Africans torturing Africans while Europeans watch. I assume the ones doing the torturing would be servants of the kings of Dahomey. 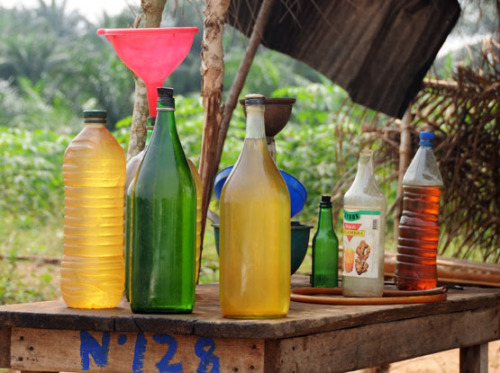 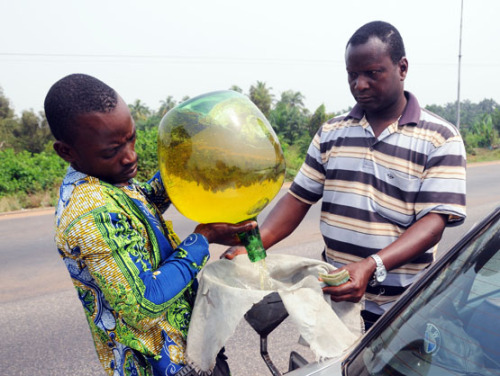 When it was time to leave Porto Novo and head south, the driver that I hired stopped to get gas. Above is a Beninese “gas station” selling fuel by the bottle just outside Porto Novo. These things are everywhere and they do have one big advantage; you’ll never run out of fuel! Unlike places in the US where you might be 30 miles from the next gas station, even the most remote villages here seem to stock up on fuel to sell. We weren’t short on gas but my driver told me that gas here was about 25% cheaper than his hometown.