Thailand is definitely one of my favorite countries. Of all the places I’ve ever been to I’ve spent more time Thailand than anywhere else. Thai people are some of the nicest and most out going that I have ever met. I’ve foolishly walked down alleys at 3am only to be approached by a mob of people who come up with a smile and offer me a drink. The country also is home to several ancient temples, dense jungles and some amazing beaches. Despite how nice Thailand’s population is, I was surprised to know that the country has one of the highest murder rates in the world, but in my three months there the only violence I heard about was the very southern part where there are some tensions between Thai Muslims and Thai Buddhists. 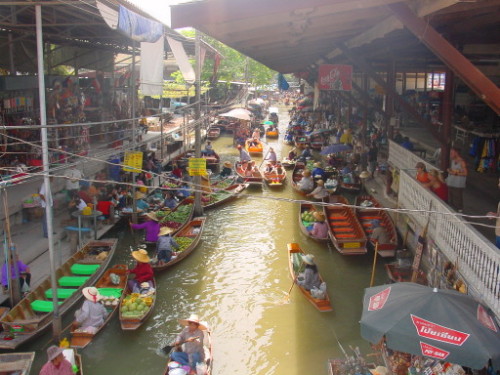 Thailand’s capital of Bangkok is a densely populated crazy city in the middle of the country. Many people spend most of their time in Bangkok or the beach areas. There is a lot to do and see in this city, but sadly I only brought back a few pictures from the capital. On the left is the famous floating market in Bangkok. Here there are lots of exotic shops and restaurants visitable by small boats that reminded me of an Asian style mini Venice. The two pictures below are of the Grand Palace in Bangkok. The Grand Palace was used during the 18th and 20th centuries by the Thai Kings. Everything you see is actually real gold in the lower left photo; but only gold plated. 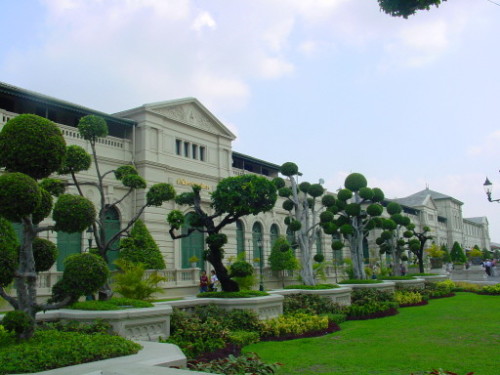 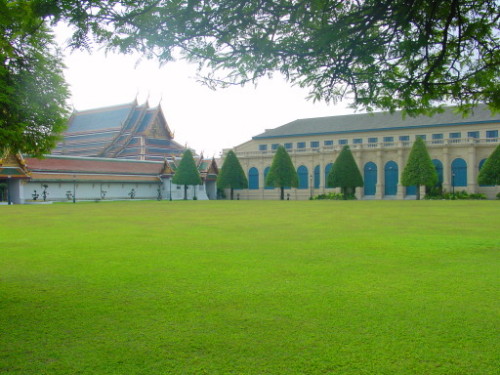 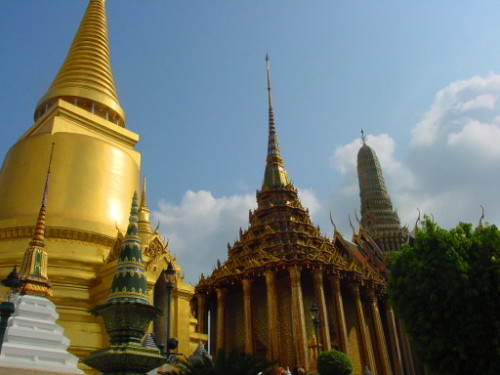 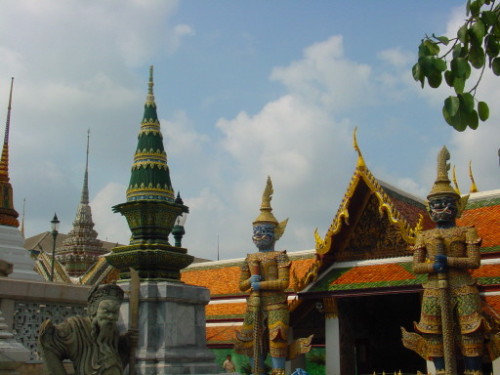 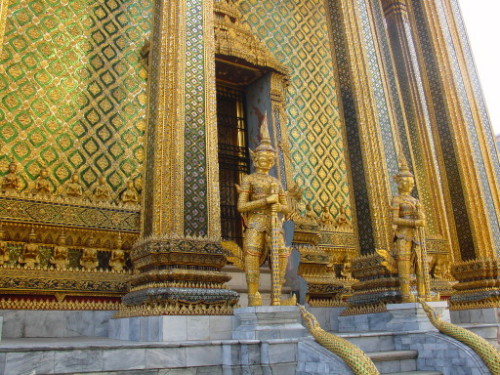 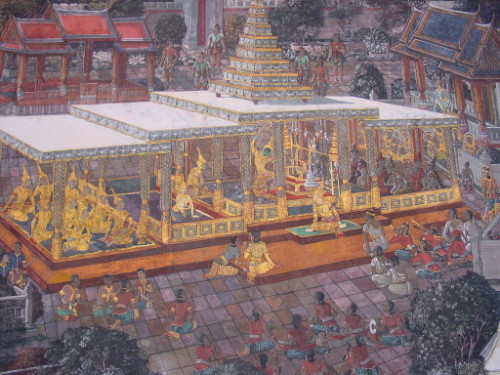 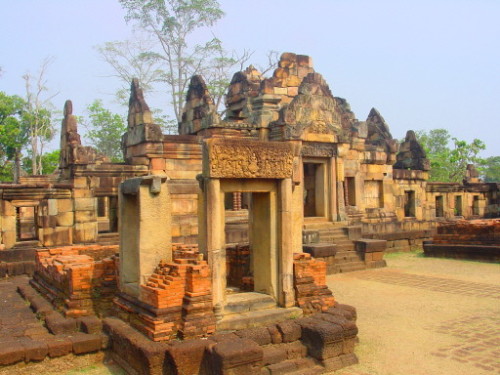 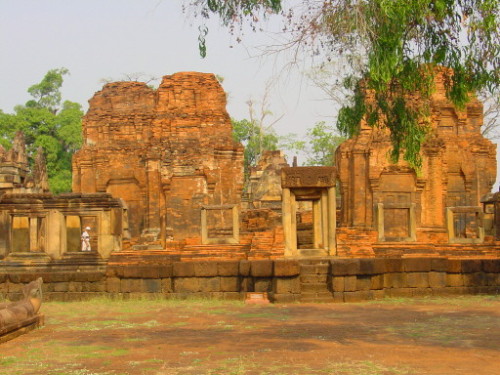 I spent most of my time in a city called Korat and another one called Udon Thani. Bangkok is different than the rest of Thailand and I’d rather be in Korat or Udon Thani honestly. The locals of the smaller cities are more welcoming there, while in Bangkok I felt like I was just another tourist and everyone else was trying to give me a taxi ride or something to make some quick cash. There are many ancient temples throughout Thailand, these that you see here are near the border of Cambodia. 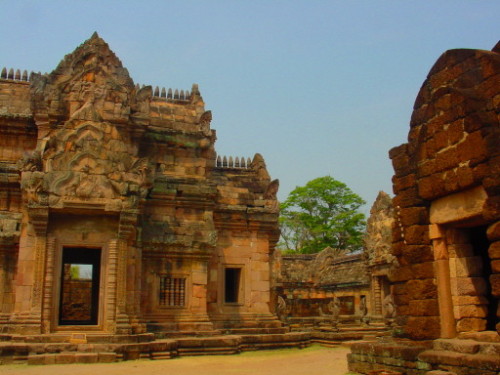 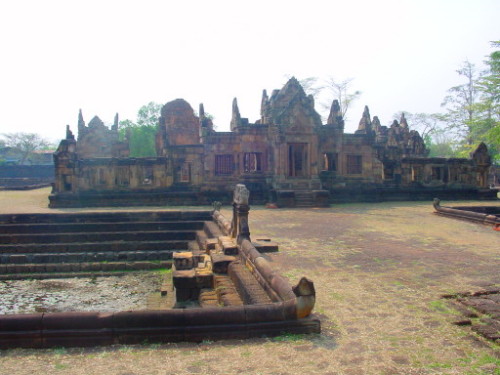 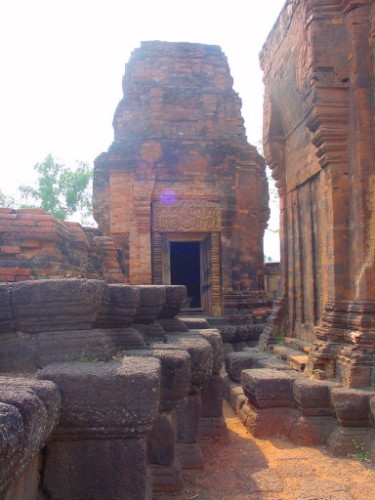 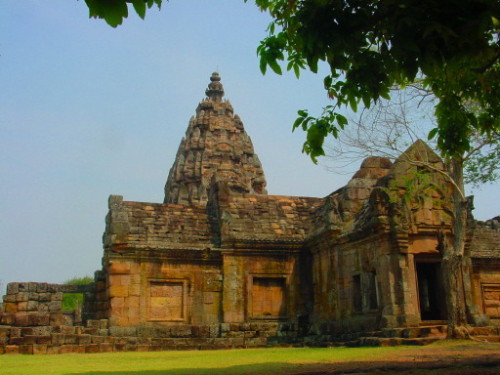 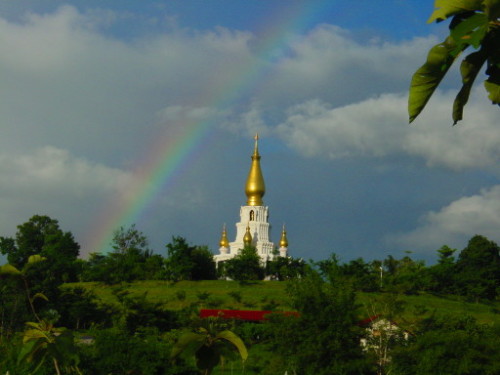 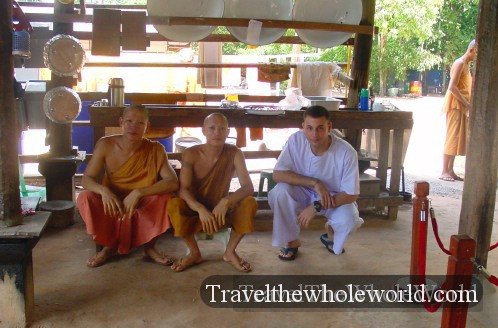 Northern Thailand is more remote than the southern part, especially where I was next to the border of Laos. The most popular destination in this area of Thailand is the city Chang Mai which is located in the north western part of the country. I didn’t make it out there but stayed in the north eastern city of Udon Thani. Thailand is also famous for its many Buddhists monks. On the left is a picture of a Thai Buddhist temple with a rainbow by it. On the right is myself in a forest temple which I was able to stay at few days. The life was interesting there because we ate only once at 7:30am. Also we ate only what was given to us. Each morning hundreds of local Thais would come and bring us food, even more would come on the weekends. 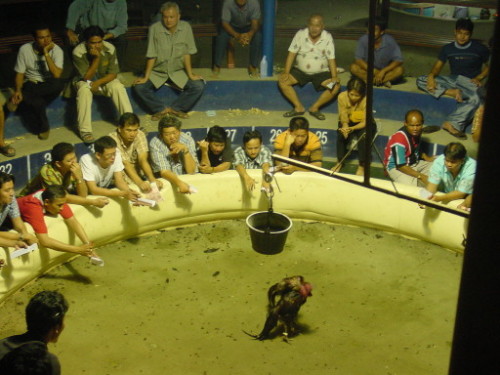 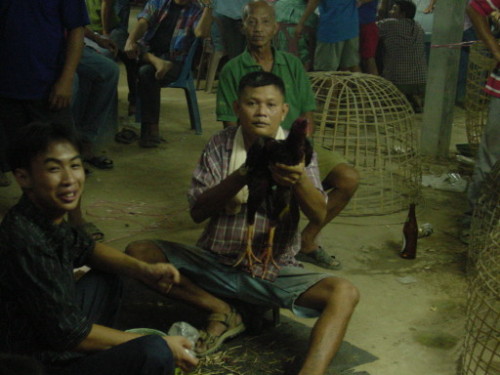 While in Thailand I also went to a chicken fight in where people place bets. I’m not sure how popular the chicken fights are but I heard a lot about them so I finally decided to go. On the left are Thais betting on the chickens, on the right a Thai man proudly holds up his chicken that is preparing for battle. 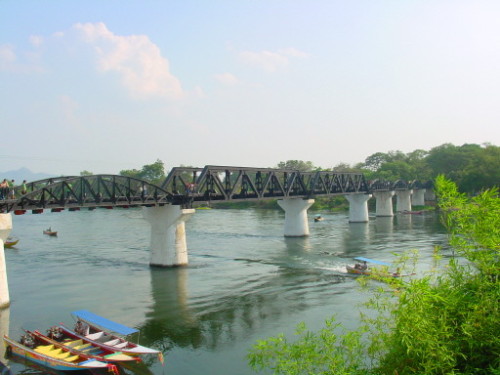 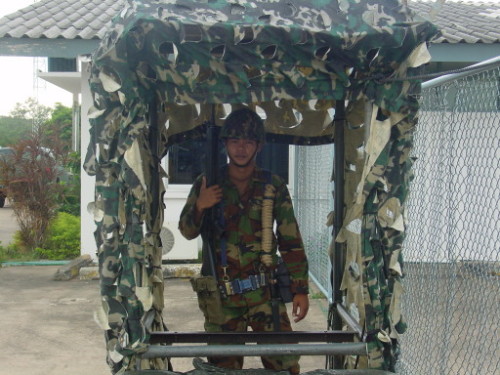 The bridge above is the famous ‘Bridge over Kwai” that was built by prisoners during world war 2. The Japanese used 200,000 Asian prisoners and about 60,000 POWs. About half of the Asian workers died from disease and harsh conditions, while about 16,000 POWs died, most of them were British, Australian or Dutch. On the right is a modern day Thai soldier guarding a military post in the opposite side of the country. 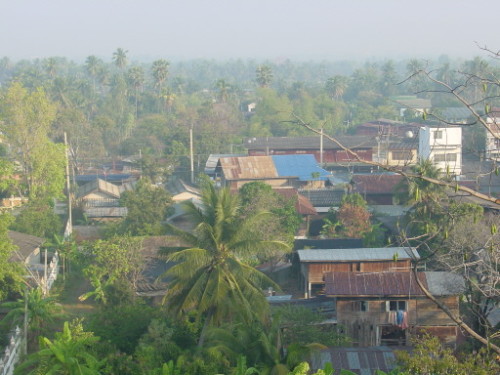 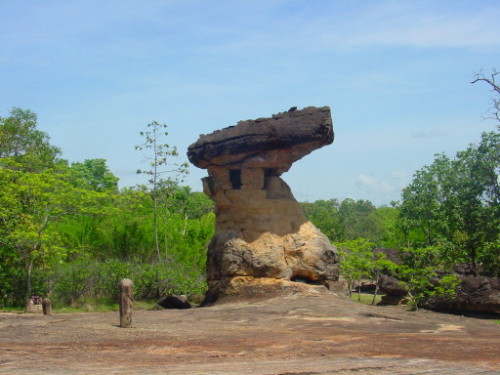 Some random photos of Thailand are some of the less nice homes on the left. In a country like Brazil or El Salvador I might be scared to cross into such a neighborhood, but in Thailand with such great people there is usually nothing to worry about. Despite being poor, these houses still offer more than the prehistoric one on the right. 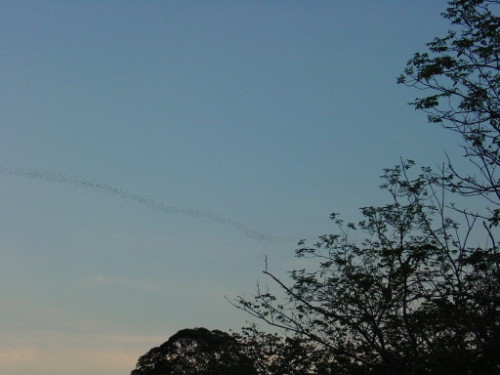 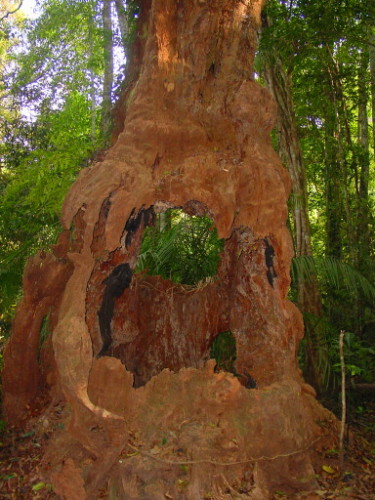 On the left is a stream of bats coming out of a cave at dusk. The right is a cool tree in the Thai jungle that I went hiking in. I think you know what an elephant is, and this is one that I got a ride on to walk through some creeks of another jungle. The statues in the last picture are only a few decades old, but there are several of them in this park and they are gigantic. They also have some nice Thai music playing so it makes the place more interesting. 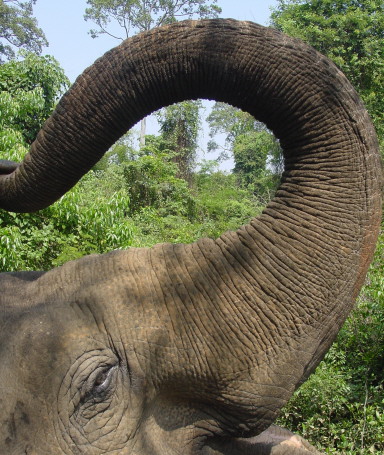 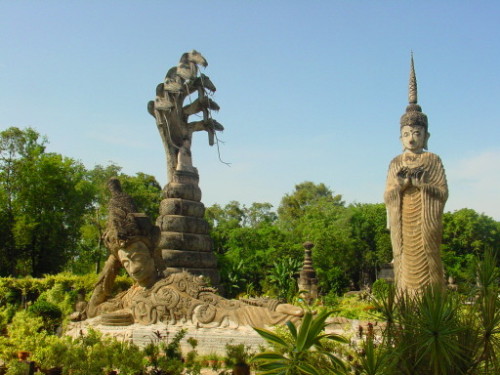