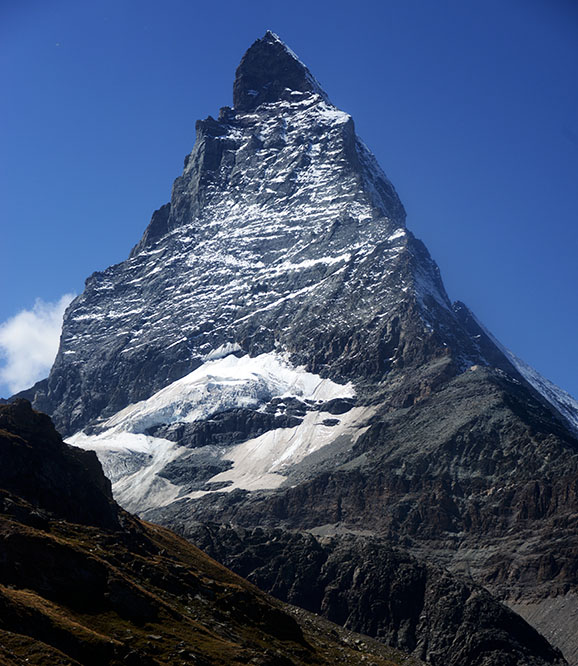 To avoid the disappointment, I’ll start off by saying that I didn’t summit the Matterhorn due to bad weather. Regardless of not reaching the top, I was pretty close and despite how hard it was to give up, it was also a great feeling knowing that my friend and I would have conquered it 100% with good weather. I had a nightmare of a time getting to the Matterhorn after just about everything that can go wrong did. The photo above was taken from a ski lift that we passed by multiple times while we did other things to acclimatize. Once you’re in Zermatt, the Matterhorn will be in your face and you’ll be constantly seeing it when there is good weather out. 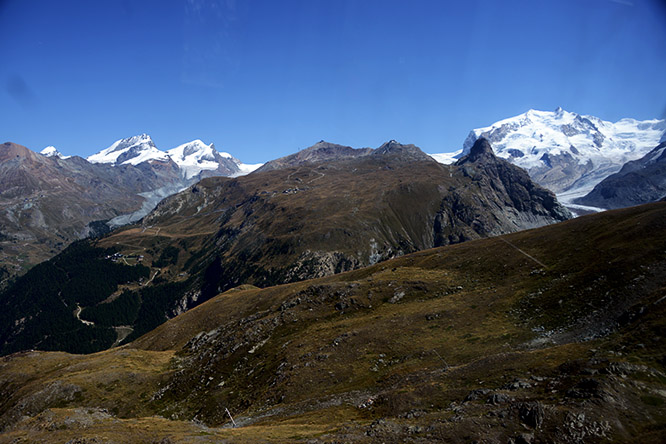 The town of Zermatt that we stayed at the first night is located at 5,310 feet (1,620 meters). It’s a good place to get your initial acclimatization on, but not sufficient enough to attempt the Matterhorn which is 14,692 ft (4,478 meters). My friend and I had planned to spend the first night in Zermatt, then climb a few easy 4,000 meter peaks before heading to Matterhorn’s base. 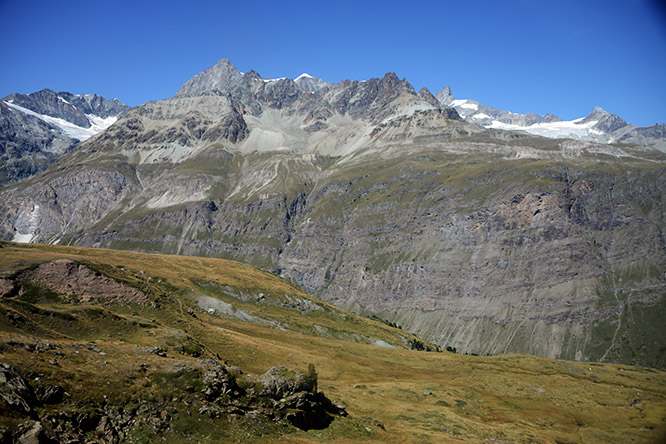 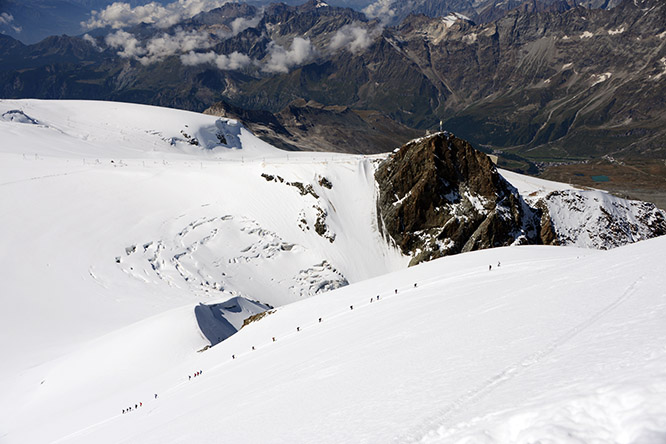 The easiest and most accessible peak in the area is Breithorn. We had seen the mountain from Zermatt, and it looks like a big evil beast, but in reality on the side that you climb, it’s nothing but a hike up some tamed snow slopes. You can take a ski lift that drops you off two hours below the summit. Above is a photo showing some other climbers below us, with the top of the ski lift station in the background. Below is a picture of the summit. 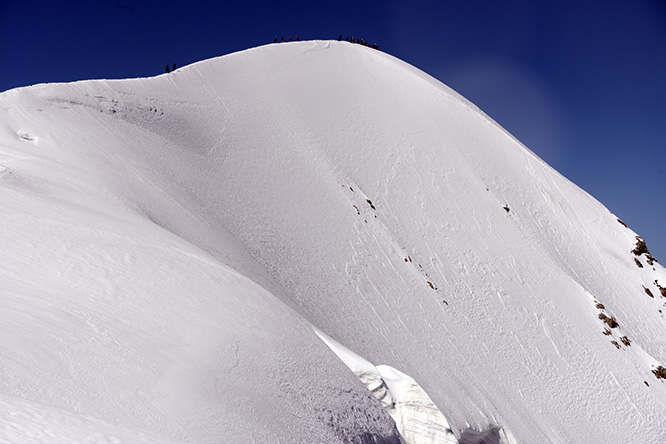 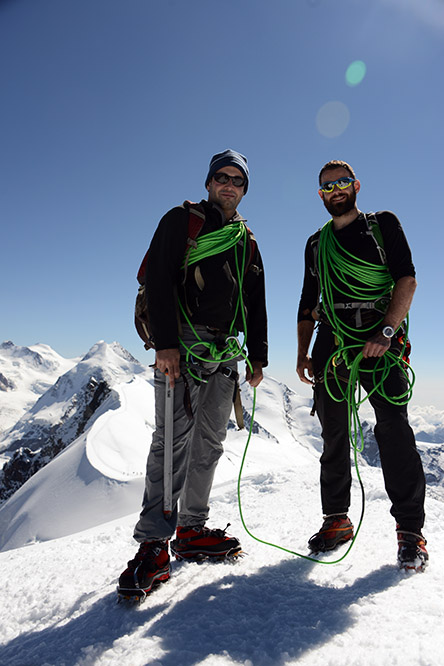 I had already lost a day acclimatizing because of my lost bags and delays getting here. On our first night in Zermatt we received word that a nasty storm was rolling in and going to last a week and dump several feet of snow. The snow storm was supposed to be bad enough that it could bury the route for the rest of the year! We discussed what to do but didn’t have many good options. It seemed the best we could do was climb the Breithorn again the next day, then after climbing that hike to the base of the Matterhorn and attempt to climb it before the storm rolled in. Above is myself and my friend after summitting Breithorn for the second time. 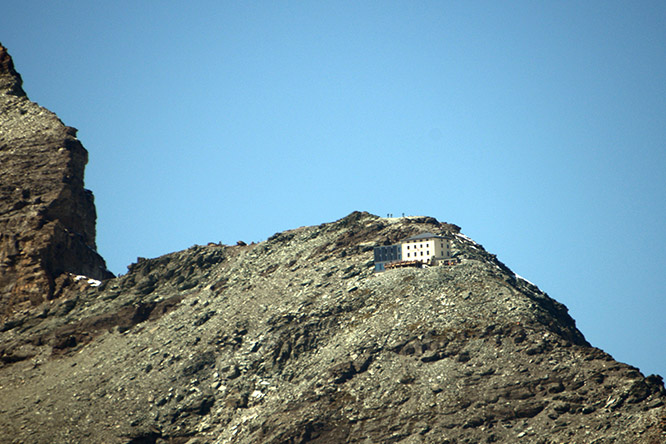 The same day that we climbed the Breithorn, my friend and I headed straight to the ski lift and were dropped off a few hours from the base of the Matterhorn. The hike took about two hours, with the goal being the Hornlihut pictured above. The Hornlihut was just recently reopened after extensive renovations, and as a way to celebrate the 150th anniversary of the first summit of the Matterhorn.
We were so busy and focused trying to beat incoming bad weather that we didn’t take any photos or video on the way up the mountain. Once we had to admit defeat and began our descent, we were able to take up a much more casual pace and get some video in. This shows a few clips on what it was like coming down the Matterhorn.