This tiny city-state is famous for being one of the safest and cleanest countries in the world. Singapore is an island nation and although it’s very small, it’s still very diverse. I visited Singapore for only a few days in transit to Sri Lanka. At first glance, half the country seemed to be made up of a giant network of shopping malls and high rise buildings. There’s obviously a lot more to Singapore than that, but I spent my entire time in the downtown parts of the city-state on this trip. Next time, I’d like to visit the beaches, botanical gardens, and even a few of the small remaining nature reserves. 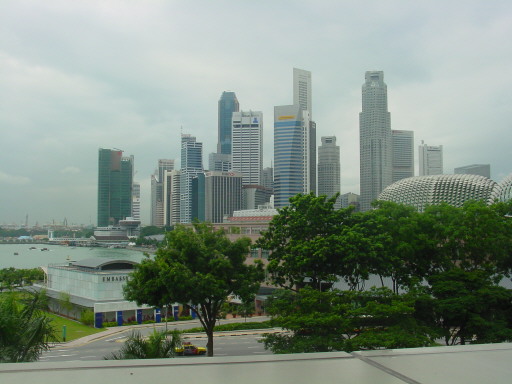 I only came home with half a dozen terrible pictures from my trip here, but this was the only decent one. This shows one of the country’s several high-rise districts. Singapore has 4.3 million people crammed on this small island, making it the second most densely populated country in the world! Several cultural districts exist such as Little India, China Town, and even an Arabic section. My previous company occasionally sent workers here for several weeks at a time. I never got to go, but if I did I would have explored a different cultural area every weekend! 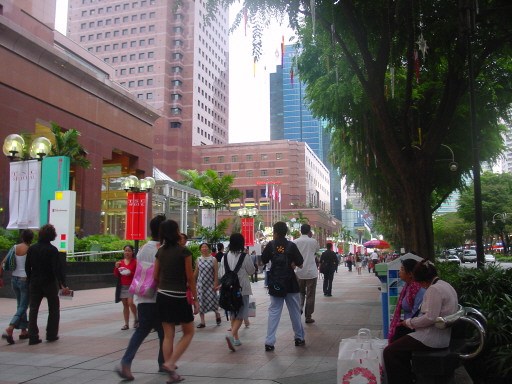 The few days I had in Singapore were overcast but without rain. Above is a shopping district where I went for dinner once, and a fancy building that I named the Beehive Building below. 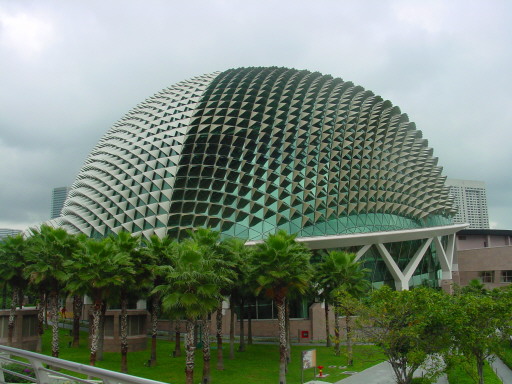 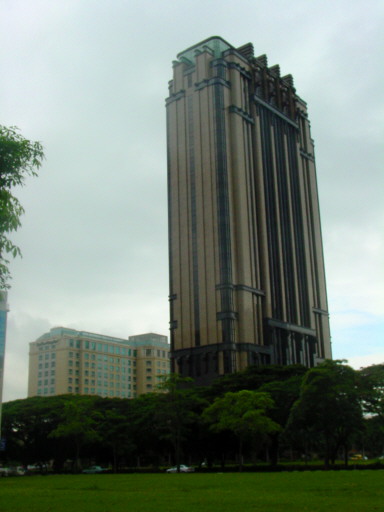 Above is one of the smaller high rises in the country, and below is a view from my hotel. Back in these early travel days of mine I foolishly stayed in hotels instead of hostels. Hotels in Singapore can be pricey, but this neighborhood only cost me $50 a night which was a pretty decent bargain for such an expensive country! You can tell I certainly wasn’t in the best of neighborhoods. Despite the lack of luxury here, all of Singapore is very safe and you can walk around at all hours of the night. For some reason when I stayed in the hotel the fire alarm went off at 3am and we all had to run outside. Someone working at the desk told us to come back in 30 minutes. Great! There isn’t much I felt like doing at that hour, especially when I had already been to sleep, but I was forced to walk around a bit anyway and found that the city was still busy at all hours. 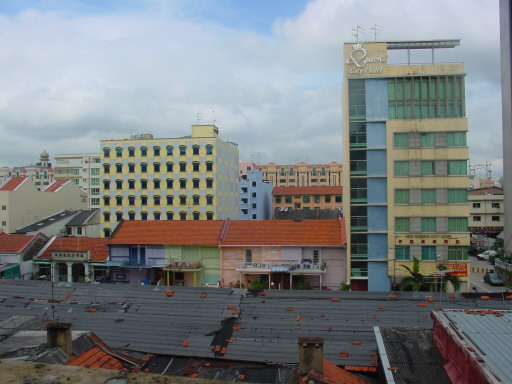