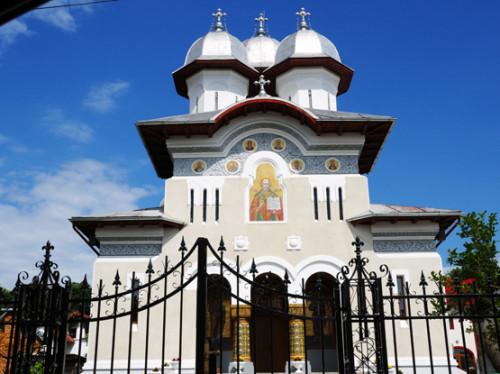 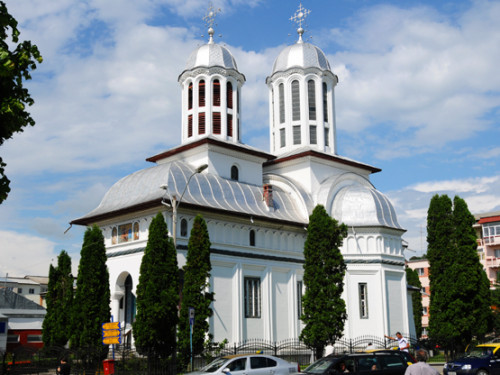 While visiting Dracula’s Castle, I had to pass through the town of Curtea De Arges. I pretty much just drove through here, but I could tell this was a small charming town and had to stop to take two photos of the town churches seen above. 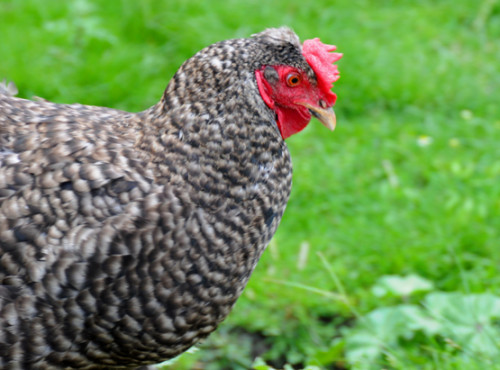 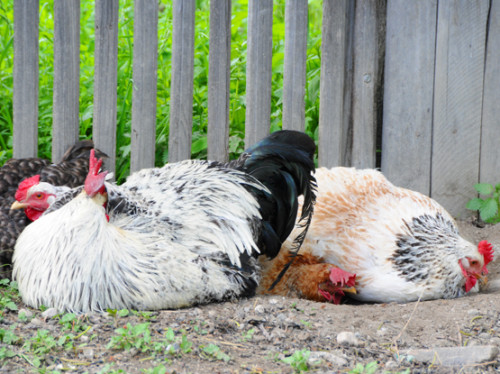 I got the feeling that a lot of Romania’s villages haven’t changed too much in the past few hundreds years. Of course a lot of modern technology has been introduced, but horses and carriages seem to be more popular than cars the farther you get away from cities, and I’ve seen many farmers doing work by hand using axes and reaps instead of machinery. Above are some chickens that were wondering outside of a farm’s fences, below a man leads several large bulls down a street and on the lower right some people get a lift from two horses. I saw dozens of horses being used for transportation of people and goods such as hay or lumber from freshly cut trees. 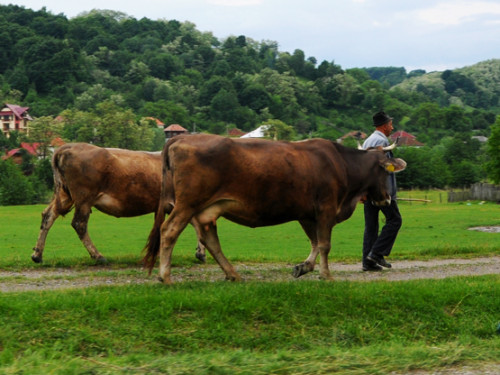 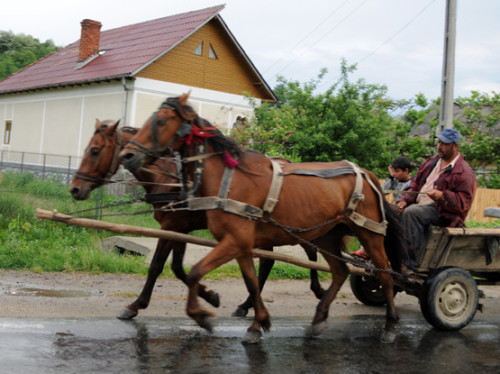 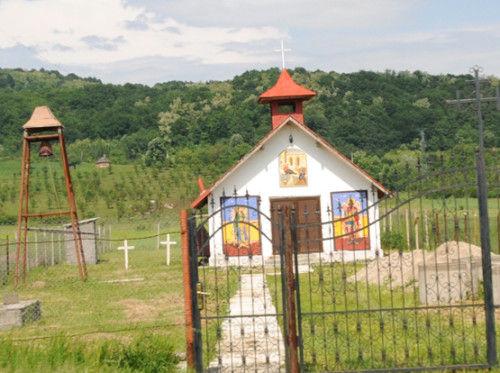 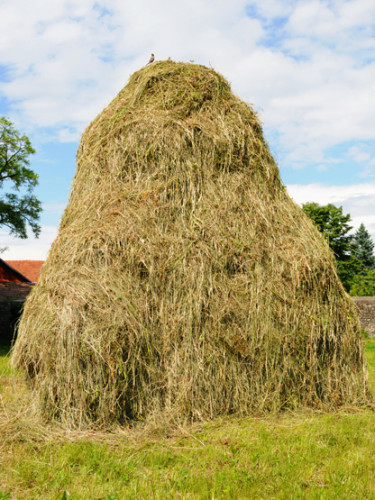 These surrounding four photos are from Transylvania as I began to get closer to Dracula’s castle. I saw a few of these tiny chapels throughout the country side, as well as some of these giant stacks of hay. Below is some fog passing through the mountains and a large hotel in the village right by Dracula’s Castle. 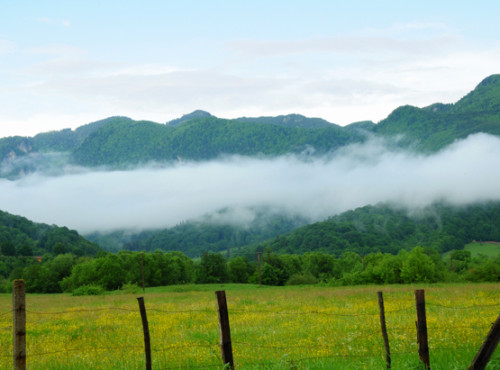 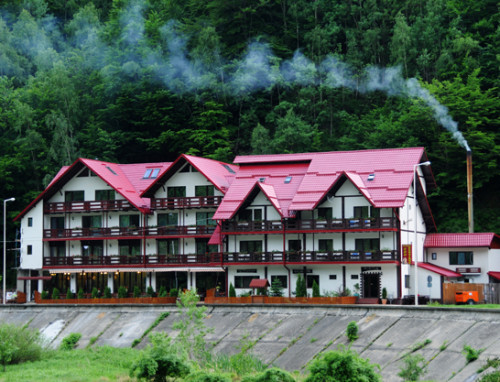 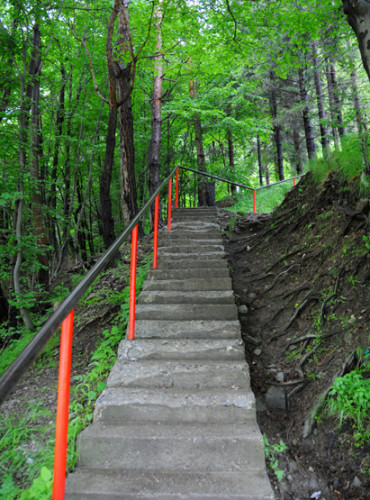 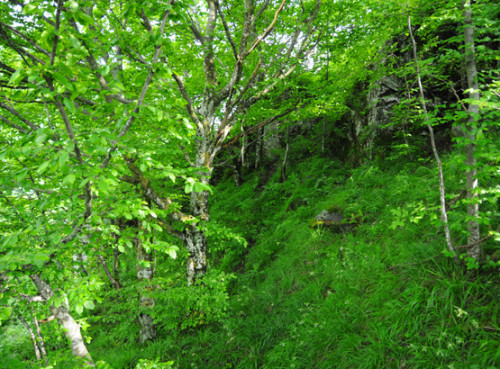 Reaching Fortress Poenari, or castle Poenari requires you to climb 1481 steps. This takes about 30 minutes or so, but for someone completely out of shape it could be a difficult journey. The steps lead up some dense forest that cover step mountains which is why the castle was originally built here. My understanding is that there weren’t many soldiers stationed here at the castle, but large numbers wouldn’t be needed since it would be extremely difficult to lead an army up these mountains to launch an attack on Poenari Fortress. 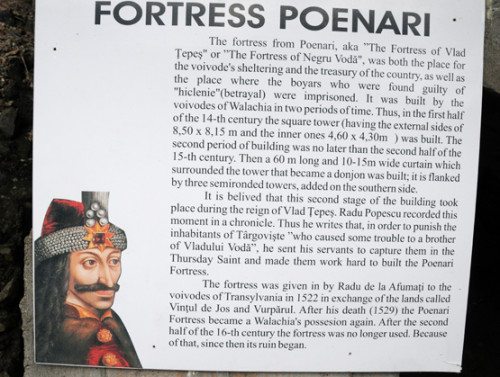 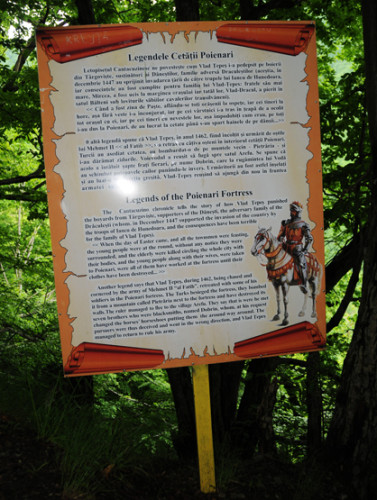 Fortunately you’ll have some entertainment and history along the way as you climb there stairs and come across these signs. For most of the world, Vlad the Impaler was known for his ruthless killings of anyone who questioned or opposed him. This included obvious enemies like invading Turkish armies, but also his own political opponents, thieves within his country and just those he considered “worthless to humanity”. Vlad the Impaler will always be remembered as one of the most terrible rulers due to his methods of torture. Almost all of his victims would be placed on top of sharp sticks or spears and their body weight would cause them to slowly slide down having an extremely painful and slow death. It’s even said he would make couples face each other so they could see each others suffering, and sometimes would impale dozens of people at once and eat dinner in front of them while they died. What’s also interesting is that while his methods showed how low humanity could go, they were also effective in scaring out enemy armies and his fear tactics kept his own people in check. To Romanian’s, many consider him a hero for stopping invading armies from taking over who would have otherwise converted the areas to new religions and changed local culture. Notice that on the left hand sign there isn’t anything negative written about Vlad the Impaler, but for anyone else who knows the history it’s no wonder why it was him that was chosen to inspire a character such as Dracula. 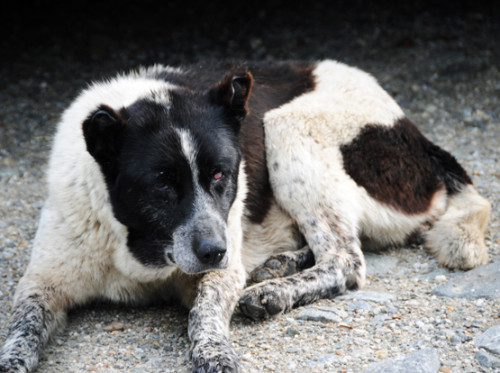 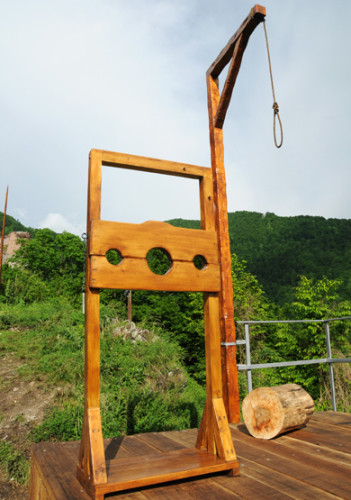 For those who are superstitious, they might think this dog with the red eye is a sign of some unspeakable evil. The dog was actually nice though and was one of many in the areas around the castle. On the right is a method of torture and execution by hanging back in the dark ages. Probably the best and most humane way to go considering the tens of thousands who were impaled by Vlad. Despite numbers of up to 40,000 people being impaled in total and stories of enemy armies approaching fields of thousands of dead bodies left to rot after their death, there was no mention of these killing methods here at Poenari Fortress. 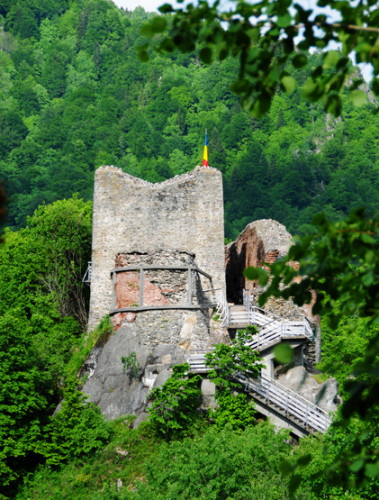 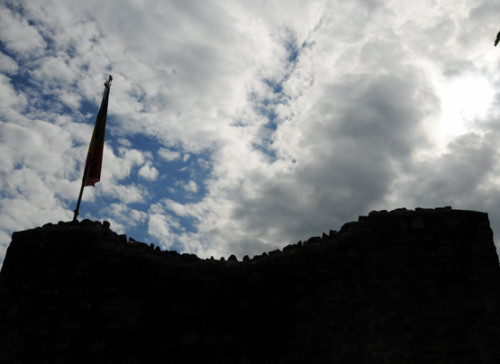 Eventually I made it to my destination, Dracula’s real castle! I was the only one here except for a man who was taking money for in order to let me enter. In all honesty, the castle is almost completely destroyed so don’t expect a large beautiful castle perched up in the mountains. With Bran castle being converted to a museum and with easy access it’s no wonder why it has become a major tourist attraction and not this place. Above is a few of the castle entrance, and the the tallest tower on the right. 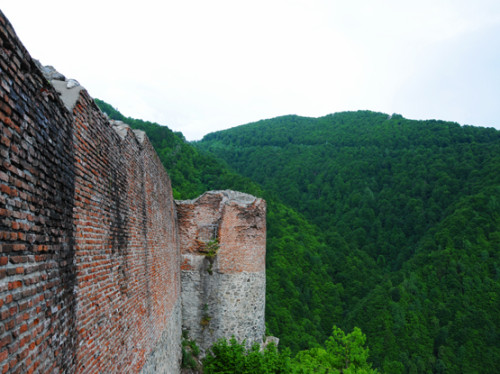 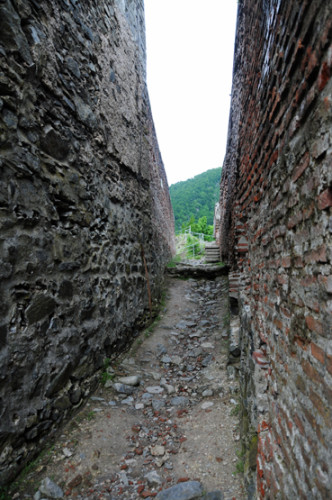 I also forgot to mention that Poenari Castle wasn’t originally built by Vlad the Impaler or Dracula, but was first constructed back in the 13th century. When Vlad the Impaler gained power he realized the importance of the castle and had it rebuilt. After his death, it remained in use for another 200 years until it was finally abandoned. A landslide in 1888 supposedly did a lot of damage, and today most of the castle still stands but in almost complete ruins. 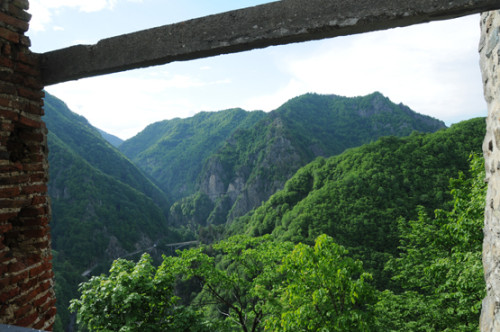 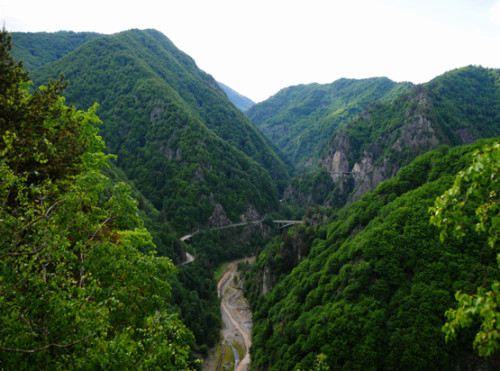 Above are two photos of some of the views from Dracula’s castle. With the steep mountains surrounding the castle and views over the rivers below you can see why this castle offered such a strategic location. Below are some final photos of the inside of Dracula’s castle. I’m not sure how you would have normally entered the room on the lower left, so it may have been a storage area that once used wooden steps or something. When I viewed it from a floor above it looked like a large cellar, maybe storage for food and weapons. On the lower right is the remains of what might have been one of the watch towers. 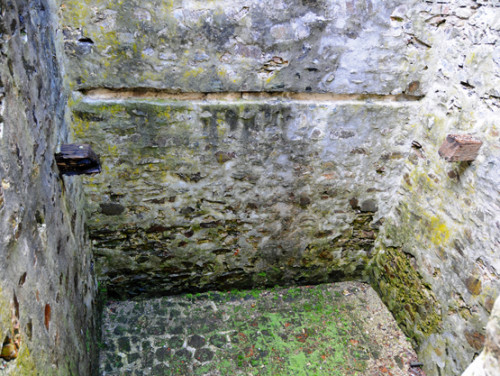 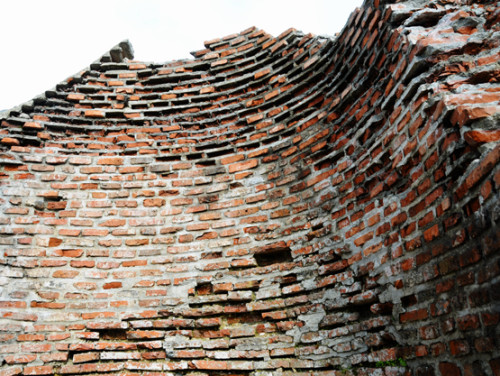