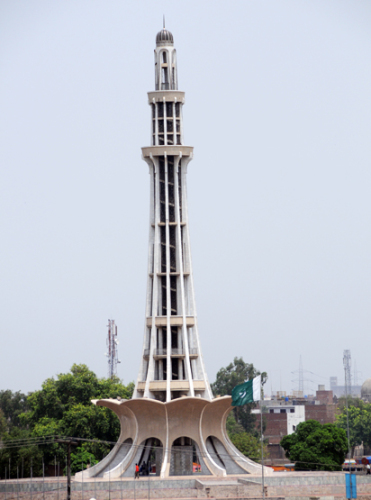 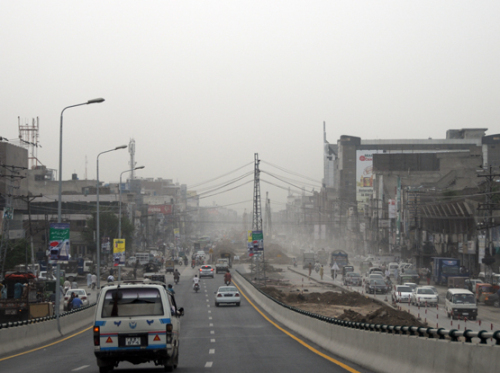 I arrived to Lahore by bus and after arriving at the station took a taxi to my hotel. The view above was the first sight I saw of the city. Another big smoggy city that was packed with people similar to Karachi. While Lahore and Karachi are both big cities in Pakistan, the culture is completely different. In Karachi I had said I could feel the tension of the city in the air, while Lahore definitely isn’t a quiet city, it’s much more laid back than Karachi is. The second day in Lahore I came across the city’s famous minaret seen on the left. 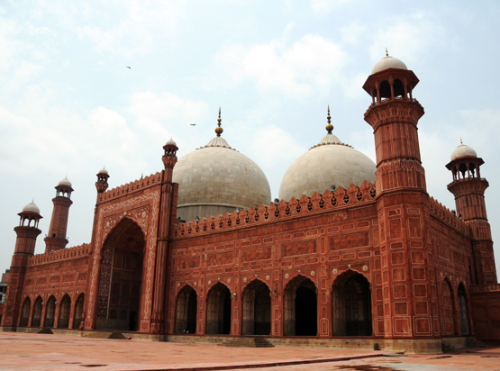 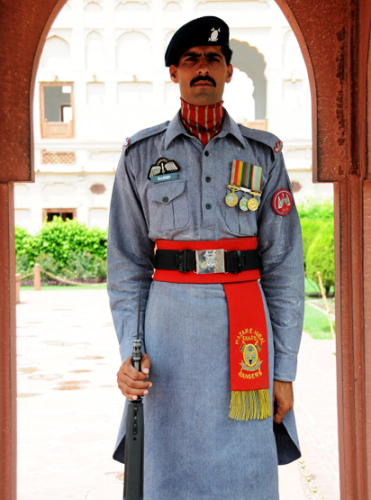 One of the first places I visited in Lahore was the Badshahi mosque in the city center. This famous mosque is one of the oldest and most famous mosques in Pakistan. Also within Lahore is the Wahid Khan mosque which is supposedly just as beautiful. I failed to get there on this trip because of problems with my driver. Above is the entrance to the mosque and a Pakistani guard on the mosque grounds. 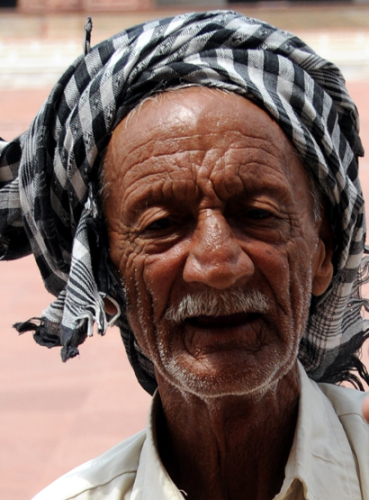 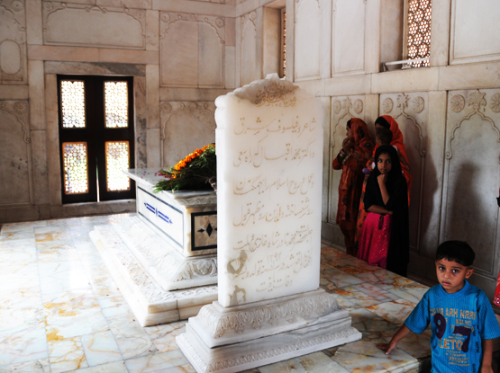 When I came upon the entrance to the mosque, I met this old man above who offered to take me around and proved to be pretty knowledgeable. While I was in the mosque he encouraged me to take photos while I got stares from other people. One example was the room on the upper left. I felt a bit awkward being in here while he spoke to me in English and I had a dozen eyes trained on me. One guy in the mosque seemed extremely offended by my presence and constantly walked very close to me with a deadly stare. He was really starting to annoy me, but other than the psycho guy everyone else to me was very nice and welcoming. The old man was kind and funny but he lost all cool points by suggesting I give him $100! 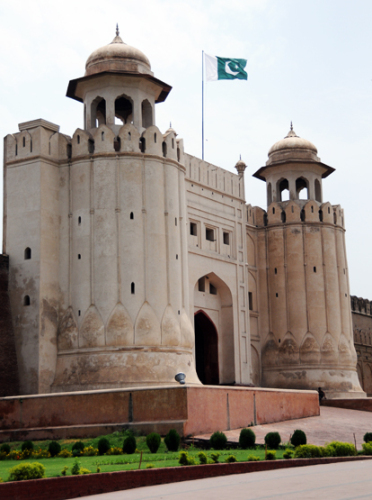 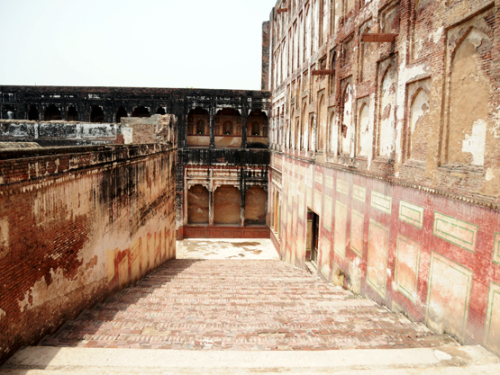 After I left the mosque I walked directly to the Lahore Gate which sits directly in front of the mosque. Here another guy offered to be my guide for a fair price so I gave him a try. He was actually extremely knowledgable and his English was great. He explained the Lahore gate on the upper left is also called the elephant gate because the bottom of the giant columns look like elephant feet. 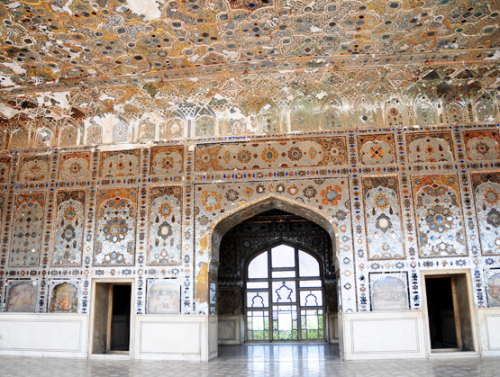 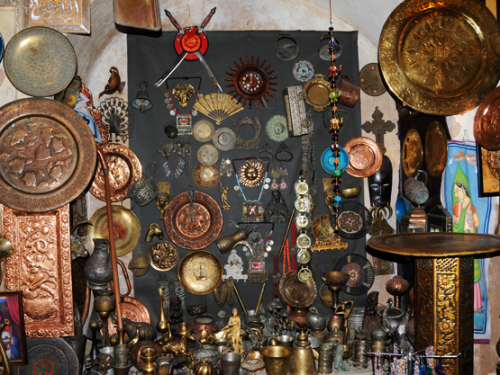 We went through a ton of places in the Lahore Fort. This place is absolutely enormous and I took dozens of photos. There were lots of interesting places here, so many that I can’t put them all on this web page. Above on the left is the Palace of Mirrors. On the right is a cool souvenir shop towards the exit of the fort. I didn’t get anything from here but they certainly had a unique and interesting selection. 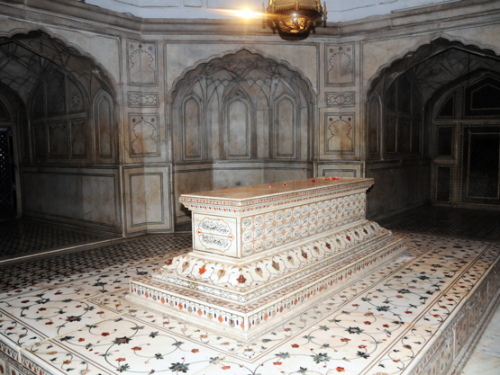 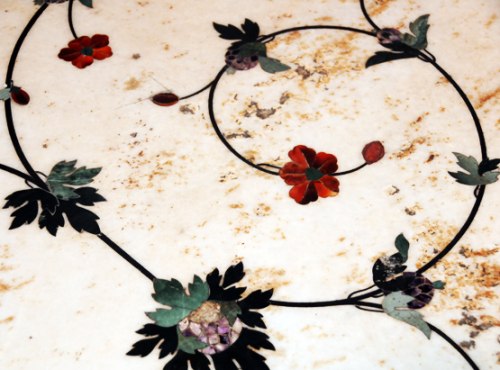 The guide who I had hired for Lahore Fort went his own way after I left. He told me in his opinion Jehangir Tomb was the second most important and beautiful place in Lahore after the Lahore Gate and the Badshahi Mosque. Jehangir is the fourth Moghul emperor and is probably more famous for being the father of Shah Jahan who built the Taj Mahal in India. Above is Jehangir’s actual tomb with a photo of some of the details on the right. This tomb was built by carving out individual stones and marbles and arranging them into flowers. Inside the Taj Mahal photo’s aren’t allowed, but the tomb itself is very similar to the one above in terms of the marble design and architecture. 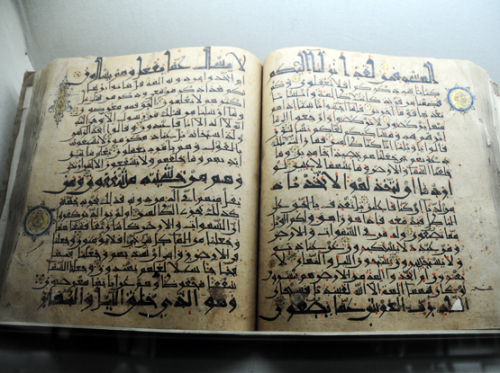 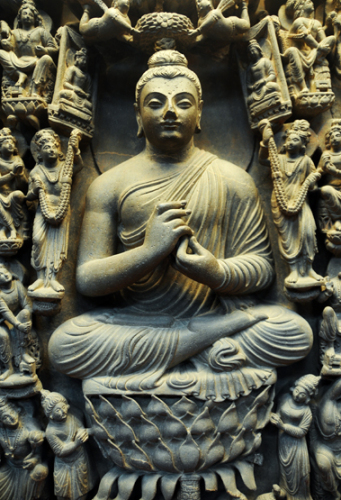 Another place I visited in Lahore was their city museum. This place was much larger than I expected and is another place in the city filled with lots of treasures, artwork and artifacts. The focus seemed to be on Pakistan’s Buddhist past but also includes British arts and relics and Islamic history. Above is an old copy of the Quran seen on display. On the right is a large Buddhist statue that was recovered in Peshawar. Peshawar is the capital of a largely lawless tribal area that is home to many militants. It’s difficult to imagine that city once being Buddhist! While I was in this museum I was approached by a man and his two sons and asked where I was from. I said I was American and he immediately began to shake my hand telling me he was the local pastor of a church. Being a religious minority in his country he was obviously happy to see me and invited me to his church. As I don’t follow any particular religion I felt bad and somewhat awkward in this situation. We chatted for a bit and then he sent me off with a God bless you. 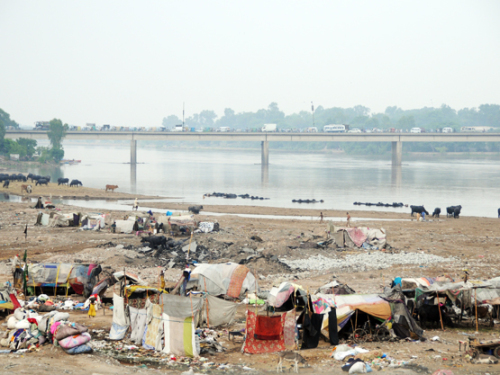 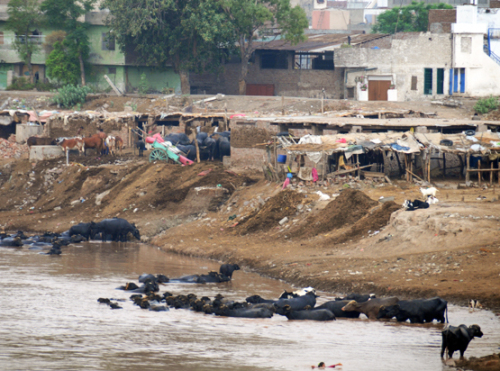 While driving through Lahore I passed by this massive river and was surprised to see not only a small village by it, but also herds of buffalo! The buffalo were in the hundreds and were all along the river banks as far as I could see. Closer to me a small herd of buffalo take a swim to cool off in the hot and humid summer weather. 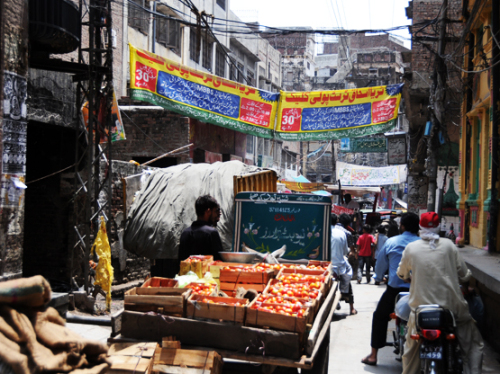 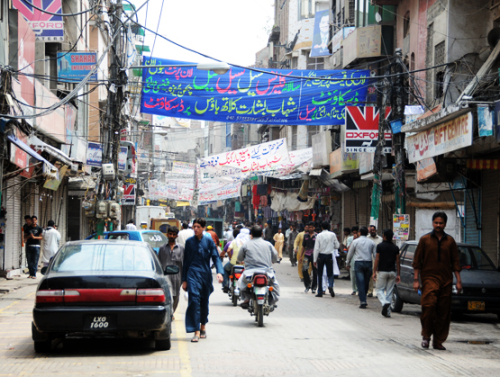 The tension I had felt in Pakistan’s largest city didn’t exist in Lahore. This doesn’t mean that Lahore is without issues. A few months before my trip an American was taken hostage and days before the Taliban attacked a police station killing eight people. Despite this Lahore is much safer than Karachi and I wasn’t too concerned here. I walked around several times alone including once at night in a desperate attempt to find food after not being able to eat all day because of Ramadan. In the photo above there was some kind of traffic jam. After not moving for several minutes my driver got out of our rickshaw and walked up ahead to see what was going on. About 30 seconds later some extremely angry Pakistanis were beating on my tuk tuk because it was blocking the road and they were unable to pass in their car. Not sure what to do, I began to rock my body weight back and forth and it successfully pushed the tuk tuk forward. Their angry faces changed to giant smiles at my successful technique. Unfortunately rickshaw I was in began to pick up speed so I had to jump out to stop it. 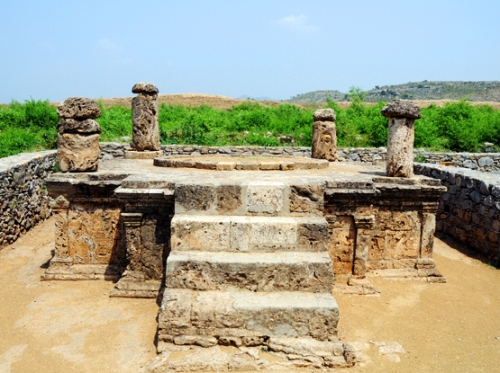 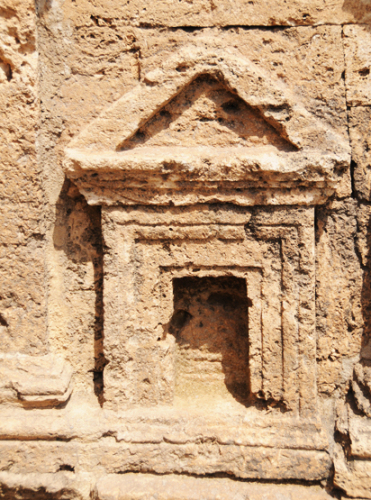 Far from Lahore is the ancient city of Taxila. This city has seen many empires come and go, from Alexander the Great, to the Moguls and then the British. Taxila is a fairly large complex but has mostly been reduced to just the ancient city walls. The homes here were apparently built out of wood and were once burned during a war hundreds of years ago leaving only the stone foundations behind. Above is one of the best reserved temples I saw. Several temples of different religions are here including Jain and Buddhist stupas. On the right is a small carving from another temple with Roman architecture.