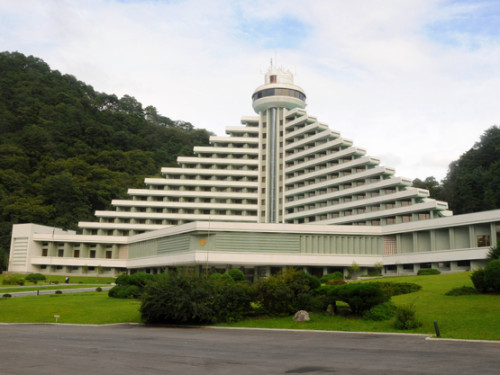 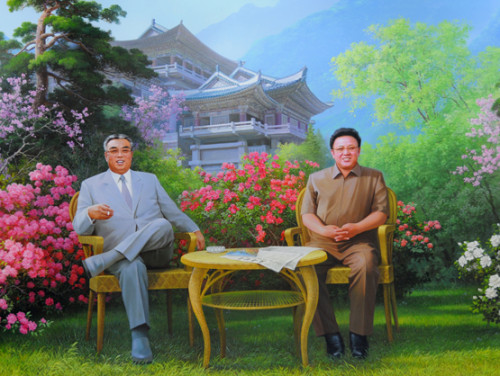 The next city I visited outside Pyongyang was Myohyang, located north of the capital. The large hotel on the upper left was not where I stayed, but its one of the most famous hotels outside of the Pyongyang. My hotel was definitely more humble, but like all the hotels I stayed at, as soon as I entered I was greeted by a giant portrait of President Kim Il Sung and his son General Kim Jong Il. 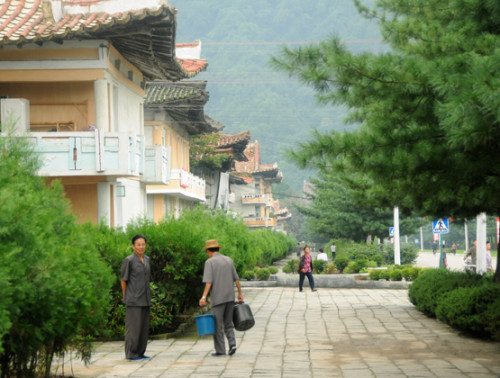 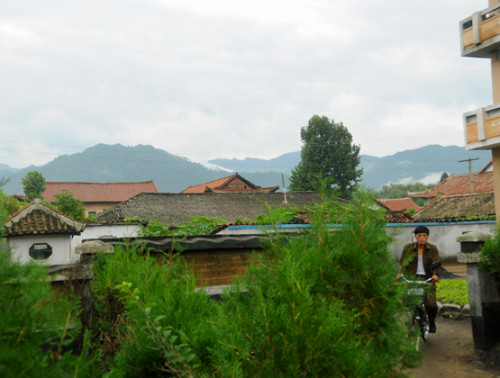 Two photos above are from the actual town of Myohyang which is located at the base of several scenic mountains The main street is lined up with many houses and restaurants, which have the more traditional Korean architecture instead of the big block buildings like in the capital. 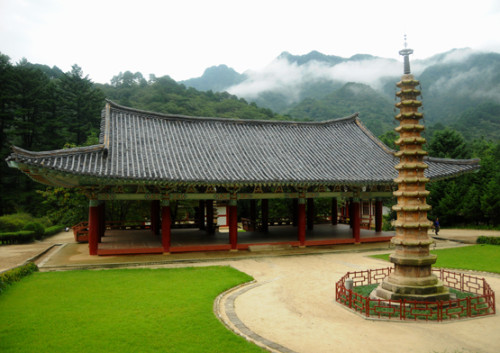 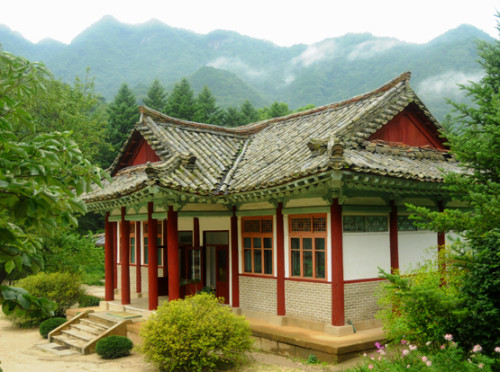 Mt. Myohyang has one of the most sacred Buddhist temples in North Korea, and was the home of one of Korea’s forefathers, King Tangun. The Pohyon temple above and below was founded nearly 1,000 years ago in the 11th century. This temple has been destroyed many times throughout its history, and most recently in the 1950s when it was bombed by the United States during the Korean War. Since then it has been rebuilt as it once was. The photos above show some of the buildings within the temple, and below is are some examples of artwork. 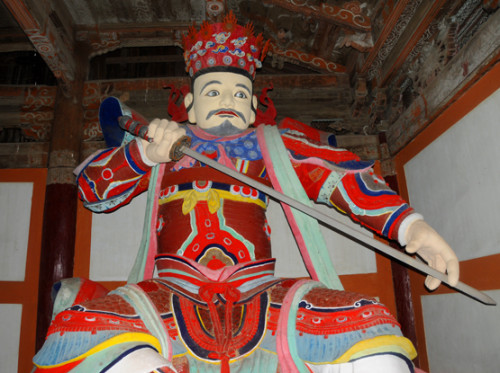 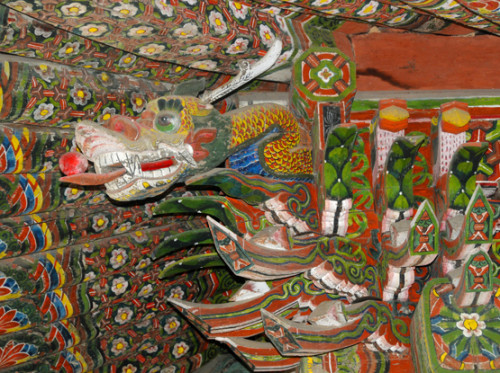 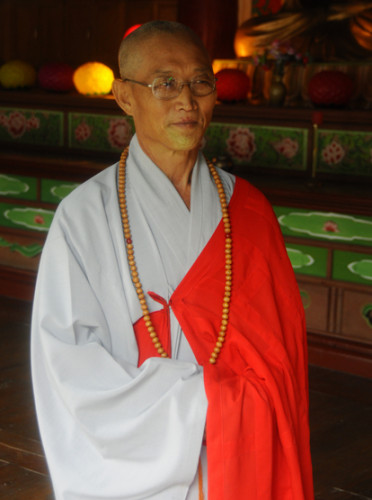 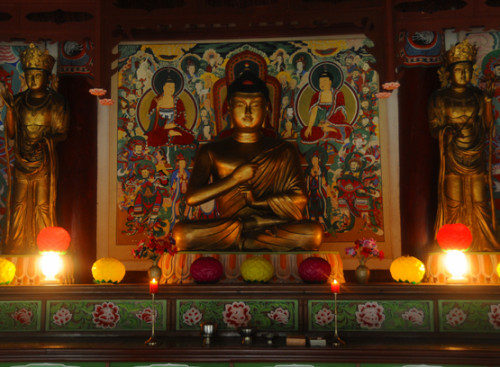 With strict government laws, religion has never been a big part of North Korean society. While South Korea has a very strong Buddhist and Christian faith, there is almost no religious presence in North Korea. It’s estimated that there are only 10,000 Buddhists remaining in the country when I visited in 2010. Above is the inside of the temple, and one of the very few remaining religious leaders in North Korea. 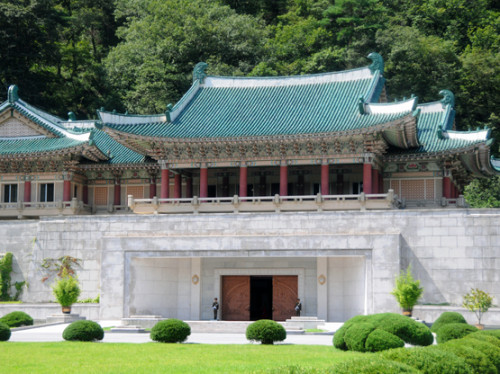 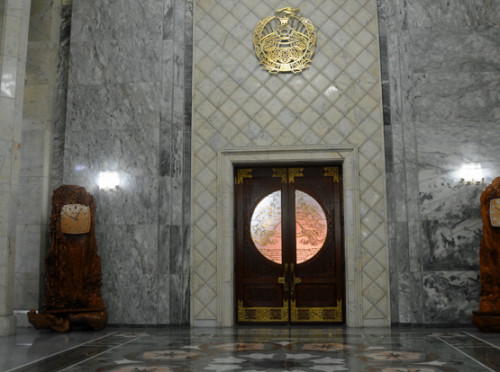 Also located in Myohyang are the Friendship Hall Museums. In these buildings, are gifts donated from other country’s around the world to both Kim Il Sung and Kim Jong Il. They each have their own building with the one on the upper left belonging to Kim Jong Il and the upper right being the entrance to Kim Il Sung. With these tall wooden doors and marble walls and floors, you can get some idea of what the inside of his palace was like back in Pyongyang. Average North Koreans are allowed to visit these buildings as well, and seeing the gifts from nearly every country gives the population the impression that their government and leadership are highly respected and admired from both foreign nations and organizations around the world. I had a very close call while taking a photo here with one of the guards who thought I was taking his picture. He began to yell in Korean at me and one of my guides ran over to check my camera to make sure I had no military photos. 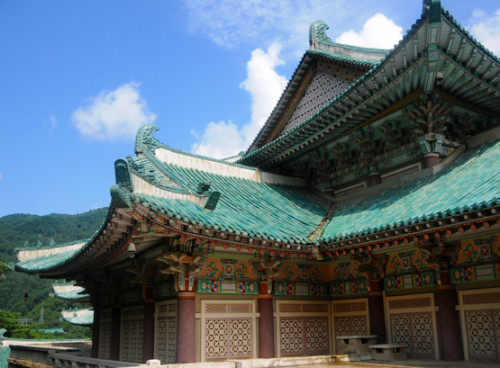 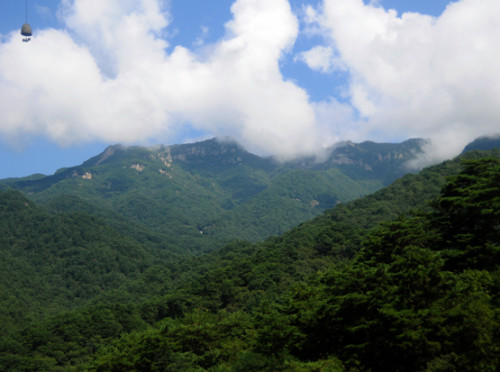 After a visit inside both of the Friendship Halls, I was allowed up onto the balcony with my camera of one of the buildings. The balcony was at least 3 or 4 stories up, and gave some impressive views of the surrounding mountains. This was one of those rare days I had in North Korea when the clouds broke up and I actually got some sunlight. Above is a photo of the top of the building and some of the scenery. 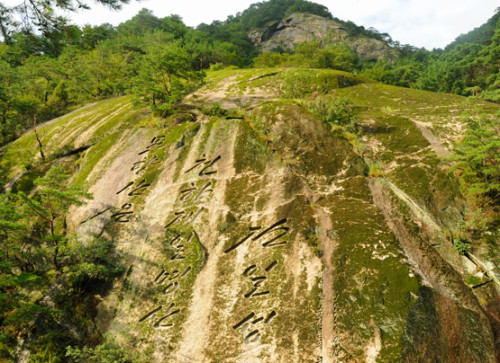 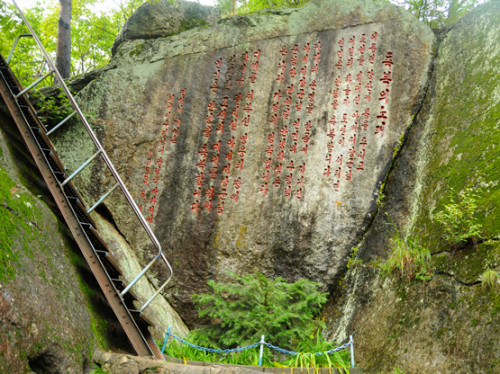 One of my highlights here in Myoyang was hiking up one of their mountains that pass dozens of waterfalls. There are many places along the path that have Korean words carved out into the rock, but since I don’t speak the language and there are no English translations I have no idea what all this means. I kinda liked not being able to read everything here, it added to the mysteriousness of the country. 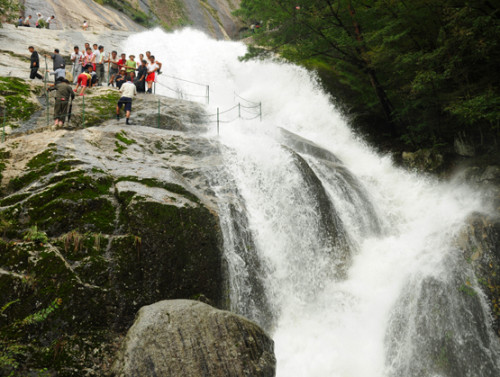 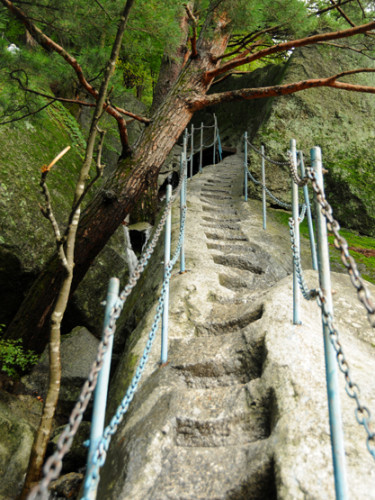 As you get higher the trail begins to get more interesting, and at some parts it gets really steep and slippery because of all the water. Above are some North Koreans hiking and taking a break by one of the largest cascades on the hike. 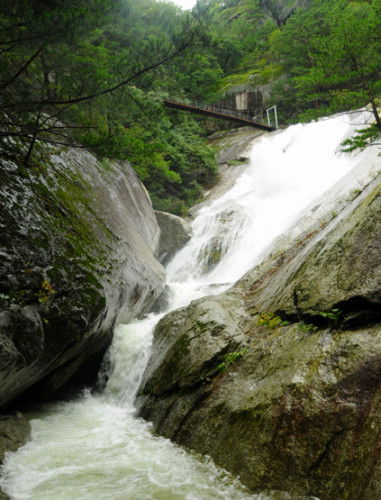 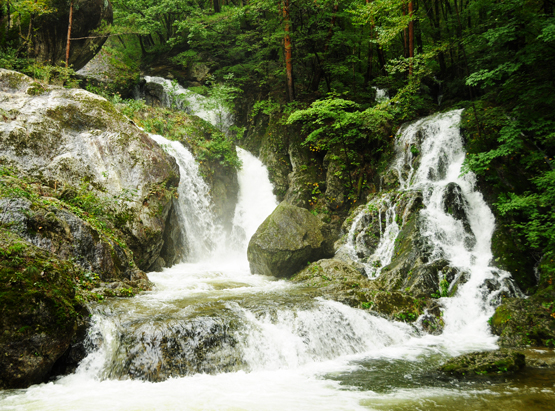 It seemed that every waterfall I approached I found myself saying wow! The one on the right was one of my favorites since it had three falls combining into one river. The larger falls on the left have a suspension bridge going over them at the very top. 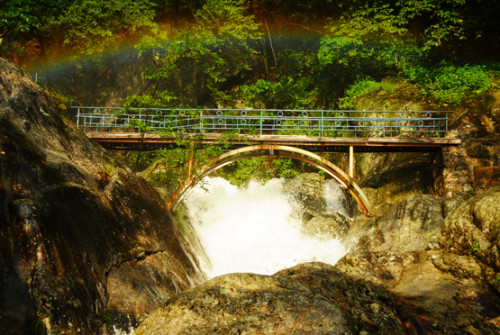 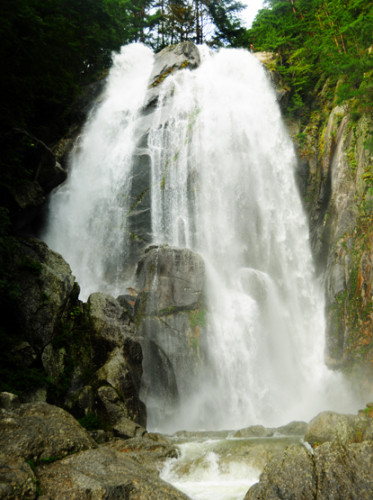 Mt. Myoyang isn’t very high in altitude, so it’s amazing to climb for several hours and feel like you are near the top, and still find enormous waterfalls. The falls on the right are the highest on the mountain, above is a rainbow over a small bridge near the very top as well. 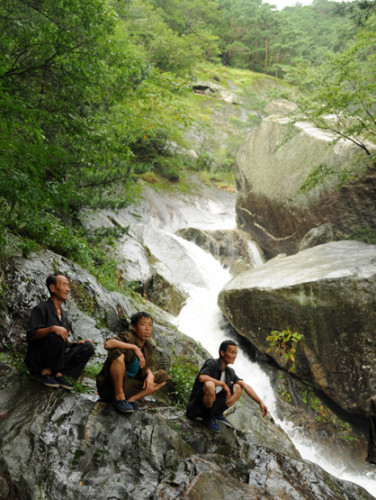 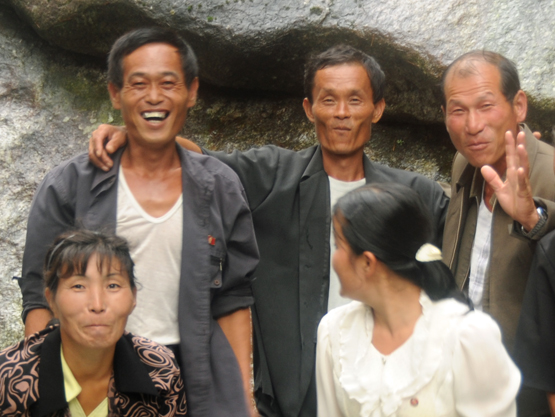 Something else great about Myoyang are the locals. Here they were much less shy than in Pyongyang, and many people not only didn’t mind having their photo taking but actually would come up to you and request to take a group photo with them together.