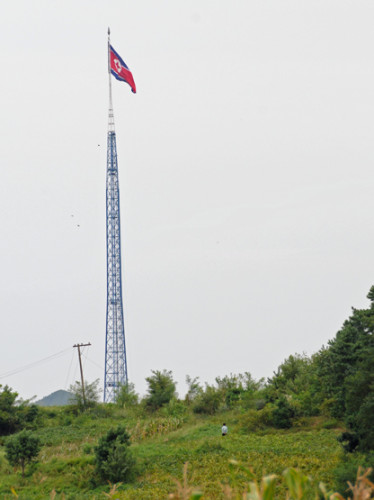 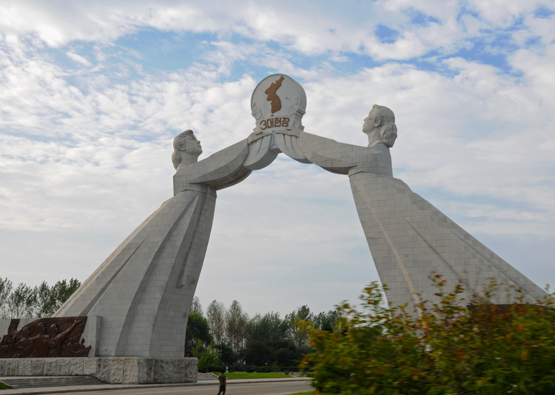 Traveling in North Korea is pretty serious business wherever you are, and the DMZ area is certainly no exception. On the left is the largest flag in the world, built for propaganda purposes as it is viewable from South Korea. Above is the friendship memorial built further north from the world’s most fortified border, where North Koreans dream of reunited South Korea and becoming one nation again. 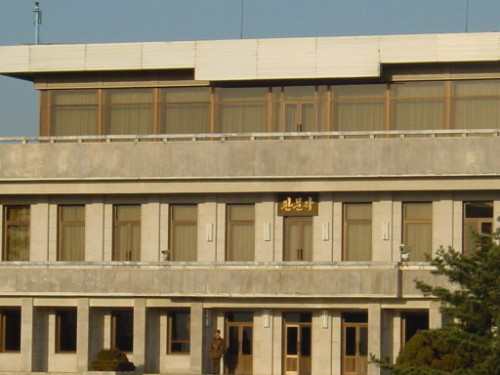 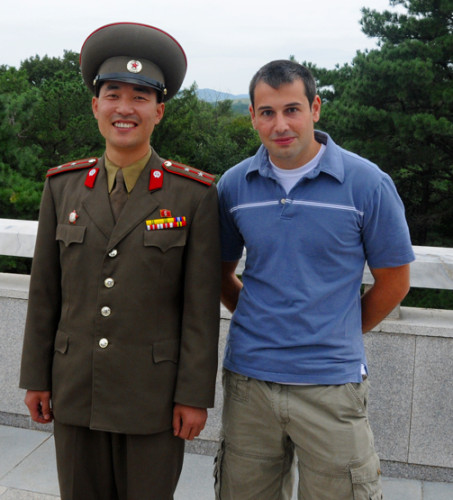 In 2004, I visited South Korea and did a tour of the DMZ from there. Back then I took the photo above of this North Korean building and never imagined that 6 years later I’d be on its second floor and getting a DMZ tour from the North. On the right is myself on the second floor posing with a North Korean guard while we look into South Korea. Standing in North Korea and staring into the eyes of the US and South Korean soldiers along with western tourists while I was accompanied by North Korean guards was one of the most unique experiences in my life. I asked my escorts if the South Koreans and US military watching us thought I might be American, but they just laughed and said they probably think you’re from Russia. 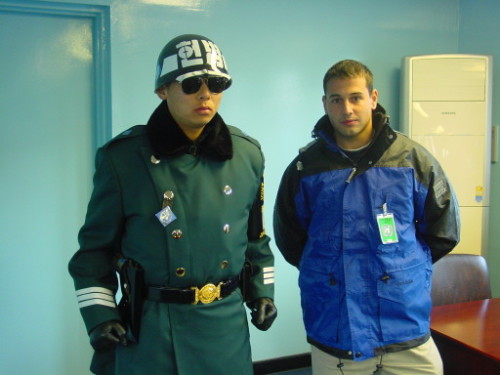 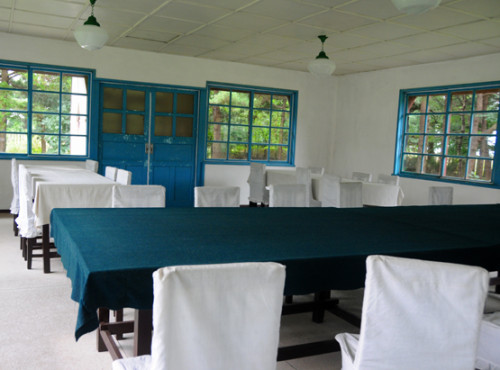 The photo on the left was also taken from 2004, and was back when I was 23 years old. Technically I had crossed the border in one of the negotiating rooms so I was in North Korea with a South Korean soldier. The room on the right is well within the North Korean border though it’s still in the DMZ area. This table was where the actual armistice was signed between the United States and North Korea in 1952. 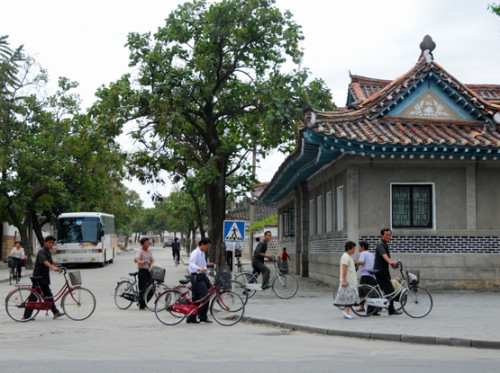 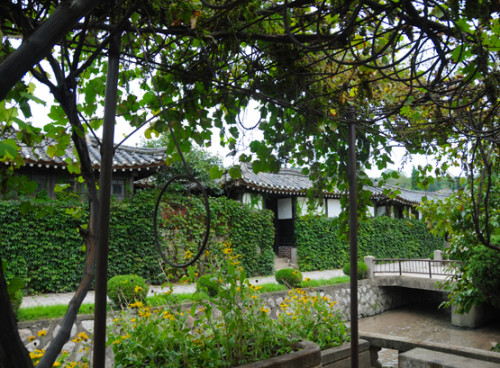 One last town to visit in North Korea is the ancient city of Kaesong, once a capital of a different dynasty in Korea. Kaesong is also unique since it was controlled by South Korea before the Korean War, so it avoided most of the heavy fighting that occurred when the war began. Above are two photos of Kaesong, one showing some of the people along a random street, and some historic homes that are now a hotel. 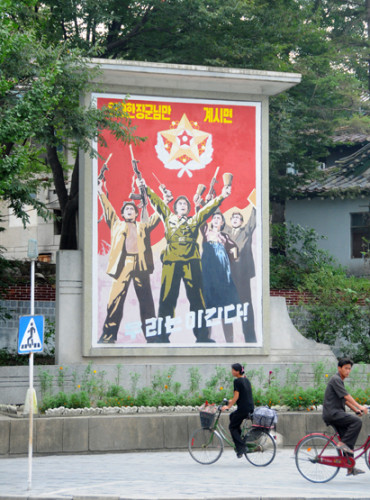 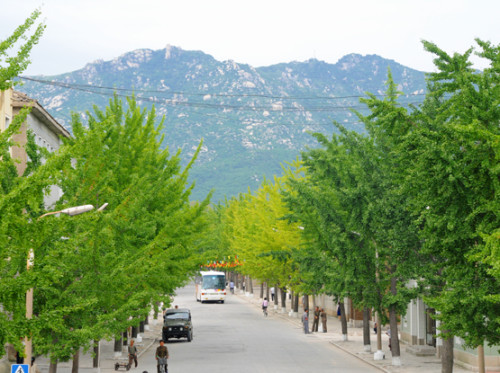 Something I forgot to mention; in North Korean cities that there are posters like the one on the left announcing victory over the Korean War. While to the United States, this war was ancient history, you’d think it happened weeks ago while in North Korea. 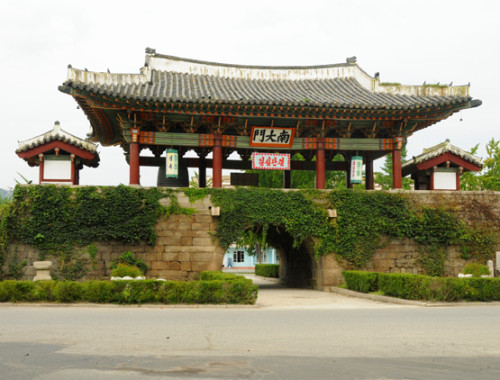 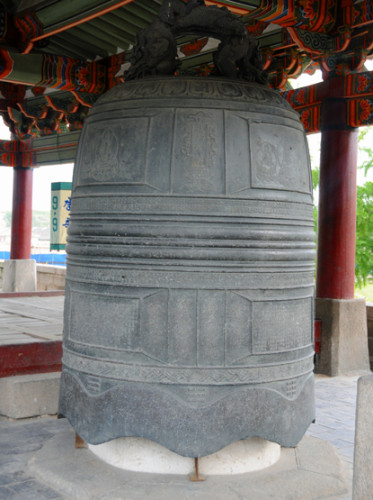 Above is the Namdaemun City gate which was completed in Kaesong in 1393. Out of the seven citadel gates that were constructed during this time it is the best preserved one and stands today fully restored. Notice the Chinese writing at the top of the gate, since the language of Korean didn’t even exist back then. The large bell on the right is located under the roof which is accessible by stairs. 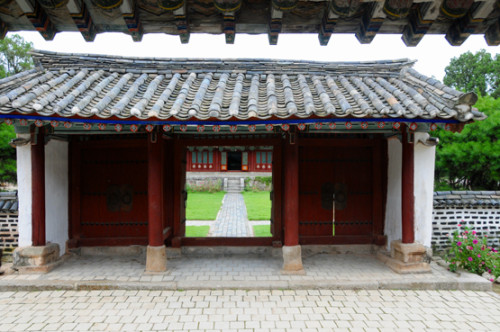 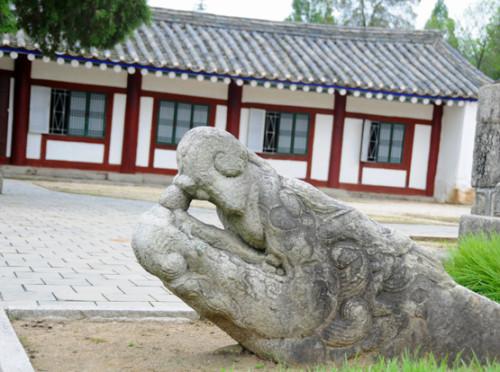 Since the city of Kaesong was below the 38th parallel and originally part of South Korea, it wasn’t as badly damaged as other parts of the country, and most of the buildings here remained intact. The Kaesong temple dates back to the 14th century, and once was a large city in medieval times that was protected by a large city wall. The two photos above show some of the buildings and statues in the Kaesong temple, below is a painting of a medieval attack on the village, and also a model of what it the entire complex looks like. 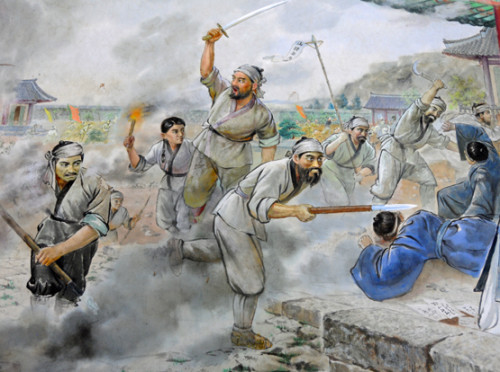