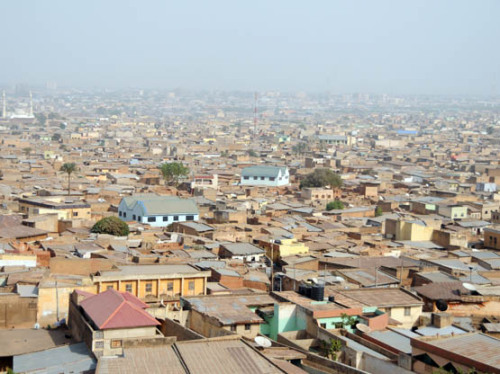 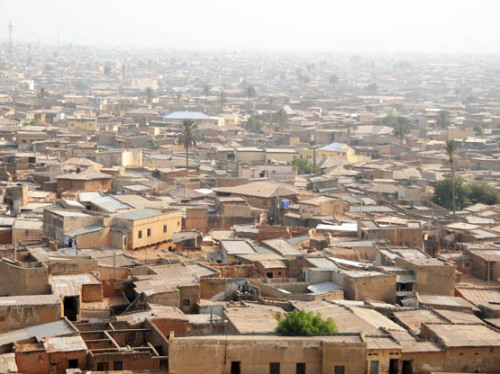 My last city in Nigeria was Kano located in the north. This city doesn’t have any large buildings or impressive districts like Lagos, but it’s still home to over four million people. From the photos above and below you can already tell this city is very different from central and southern Nigeria. The people are Kano are almost all Muslim and the city is much more conservative than southern Nigeria. When I visited Kano it was constantly in the news because of attacks by an Islamic militant group called Boko Haram which had carried out deadly attacks against the police and government only days before I visited. Despite all my problems in Lagos, some locals there warned me to go to go Kano and stay here in Lagos where it was “safe! 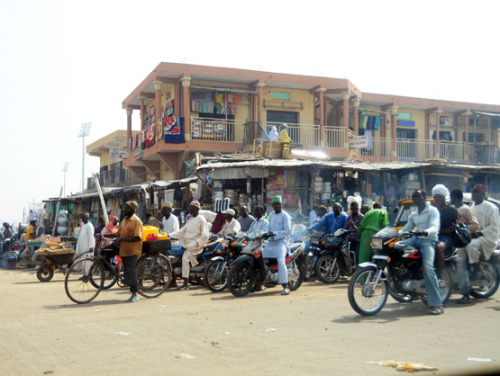 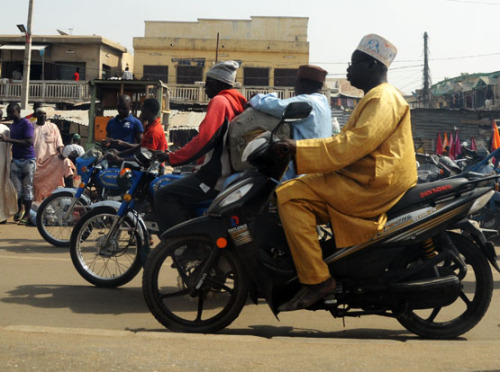 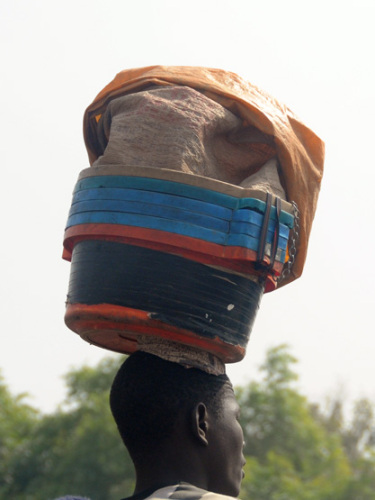 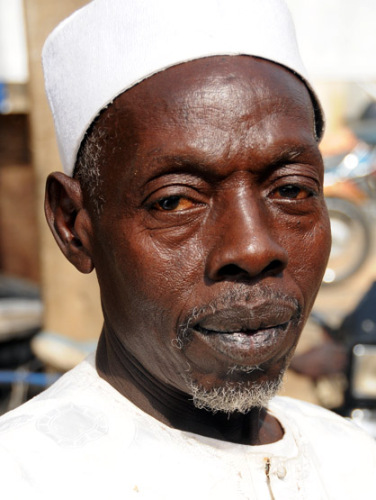 Although Kano is religiously different you’ll still see lots of traditional style African culture here. The man on the left has certainly mastered balancing items on his head. On the right is a local man I met who took me through some of the local markets and allowed me to take his photo. 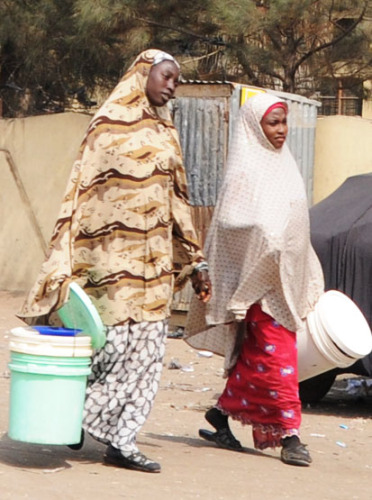 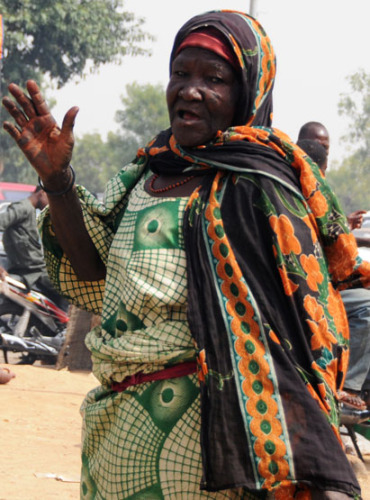 It seemed for every 50 men I saw there was only one woman in Kano. For that reason it was difficult to get any reasonable pictures of them, especially in a more conservative Muslim state. These two women on the left were one of the few I saw doing some type of work. The woman on the right was no doubt a beggar and I came across her at a busy intersection. I’ve heard that when people get divorced in northern Nigeria the woman is often left with nothing. With no skills and already having been divorced it’s nearly impossible to get any kind of work or remarried. 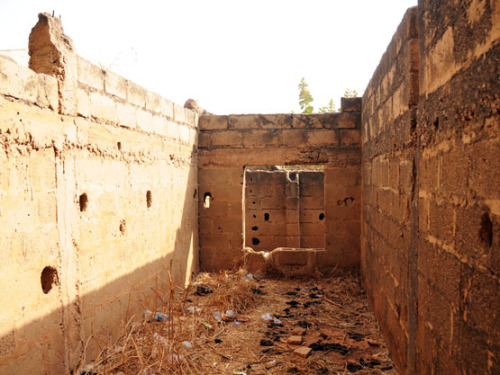 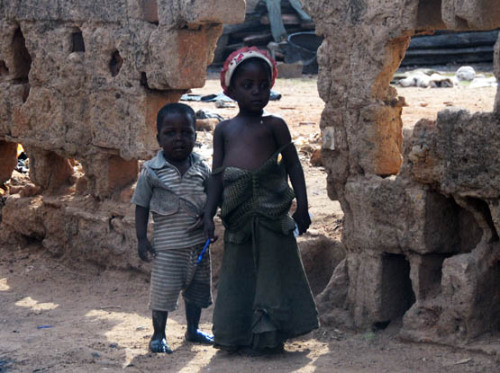 Like most of Nigeria, many parts of the city aren’t in the best shape and poverty is extreme. This building above was abandoned with the walls guarded by dozens of lizards. The kids on the right were in one of the poorer parts of Kano. 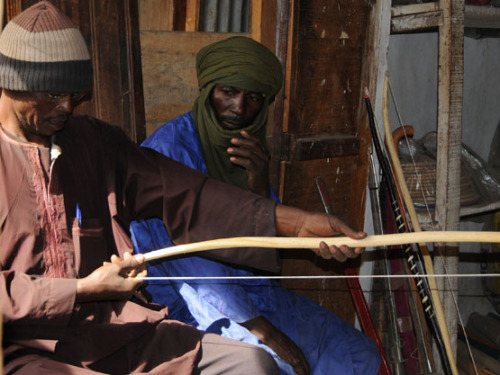 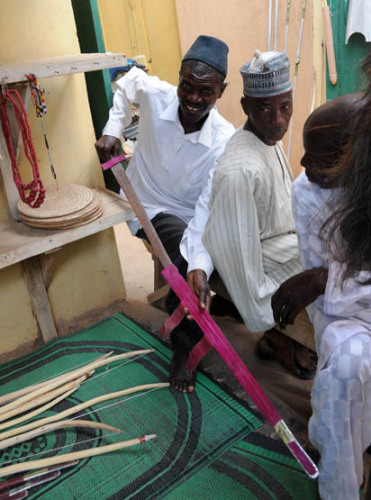 The markets were by far the highlight of Kano. Here you can find all the common things you’d expected in Africa, but there were a few unique places like the bow & arrow shop above that also sold swords. I was told these were made and sold for both war and hunting animals. Below are two different shops selling hand made rugs, necklaces and other items. 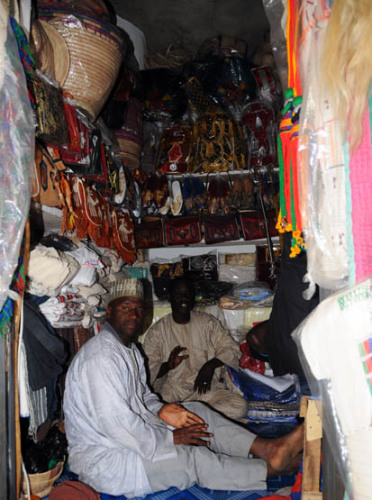 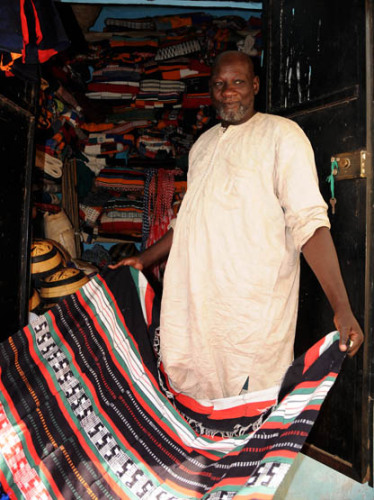 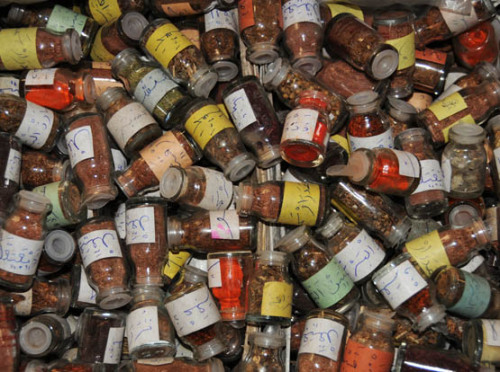 Another place that interested me was the spices for sale above and later on the repair shop that I came to. I asked what these little vials were and got mixed answers. At first they were spices for food, then I was told they were incense that you burn on coals for smells. I bought a random one to try it out later. It was one of the bright red vials and looked like cayenne pepper to me. The repair guy seemed to know what he was doing, fixing electronics that may have been popular decades ago. He didn’t speak any English, but it was my understanding he had been trained by another local and seemed to be running a successful business. 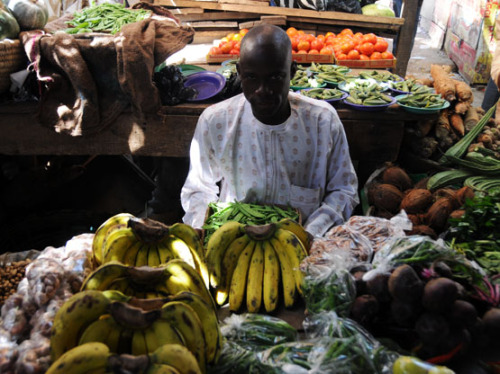 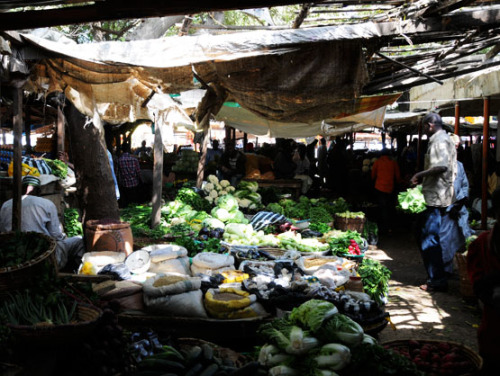 When I visited Kano I stayed with a great friend who was also running a Chinese owned bakery. On a day we went to stock the fridge with vegetables I took these above photos of the farmers market. Below is the actual bakery itself which employs quite a number of Nigerians! I wish I had taken photos, but you might be surprised to know there are several ‘clubs’ in Kano where you can go out for music and drink alcohol. I went to three different clubs and actually ended up drinking way more alcohol here in Kano than I had on my entire trip to west Africa! 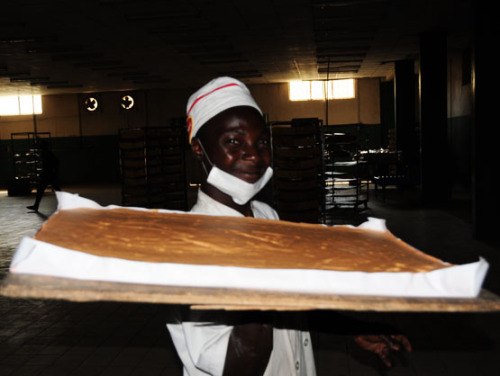 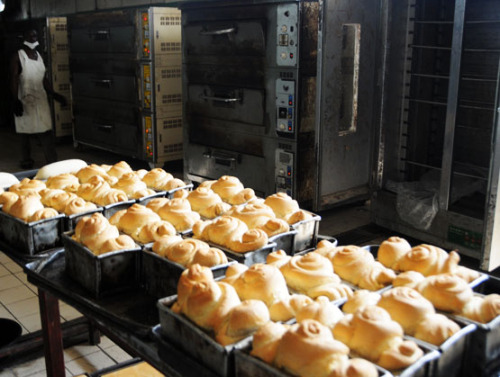