A trip to Badagry isn’t a lighthearted one, but it’s certainly an interesting experience and offers some important history. My visit to Badagry was focused on learning about the town’s history and seeing its former slave ports. 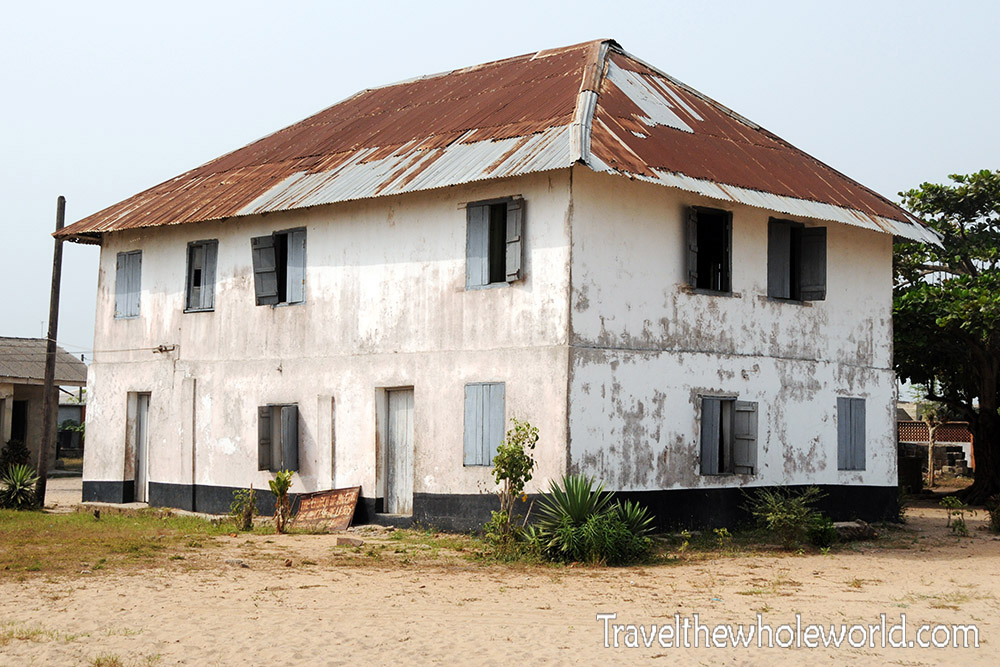 One of the first places I was taken to was this humble building. It might not seem important, but it’s actually one of the most historic places in Nigeria when it comes to European influence. This building was built by the Portuguese, and is believed to be the first Christian missionary built on Nigerian soil. From here, the Portuguese began to use their influence for politics, religion, and other cultural changes that were brought to the country. 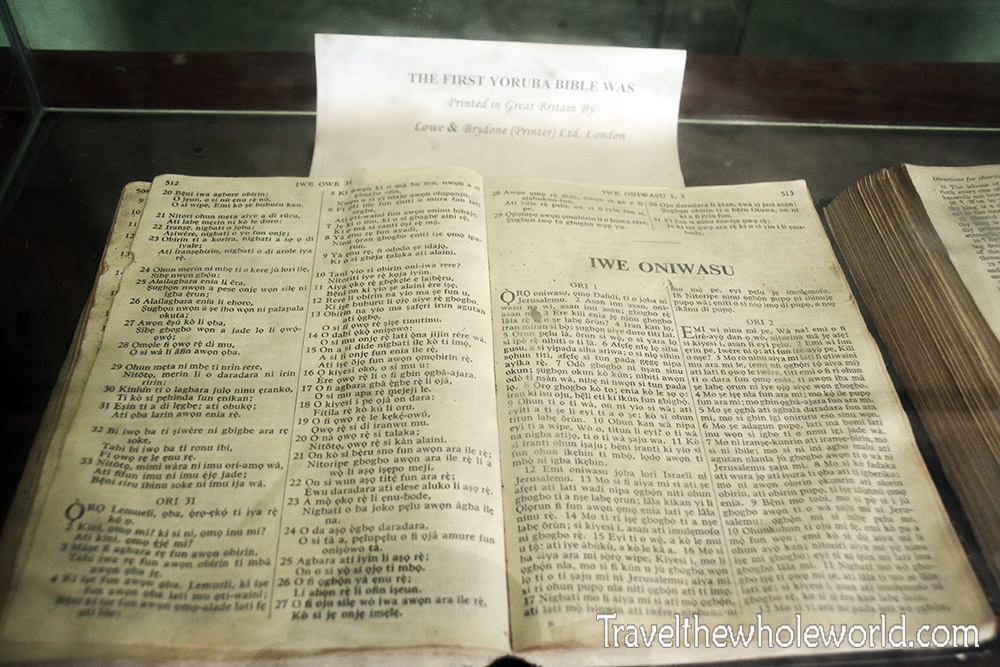 The first Portuguese contact with this region was in 1485 CE. Initially the Europeans had interests of trade and spreading Christianity in Africa. When they had found enough converts, they created a bible in the local language. The bible is still present at the schoolhouse, and is entirely written in the Yarube language. The photo below shows old Nigerian coins that the Europeans helped create. 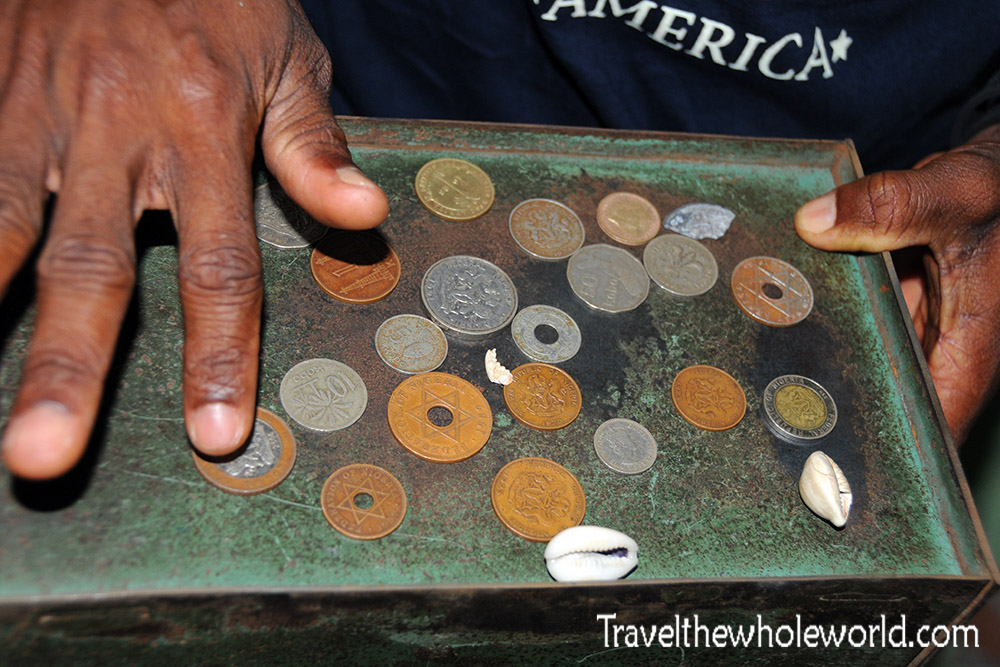 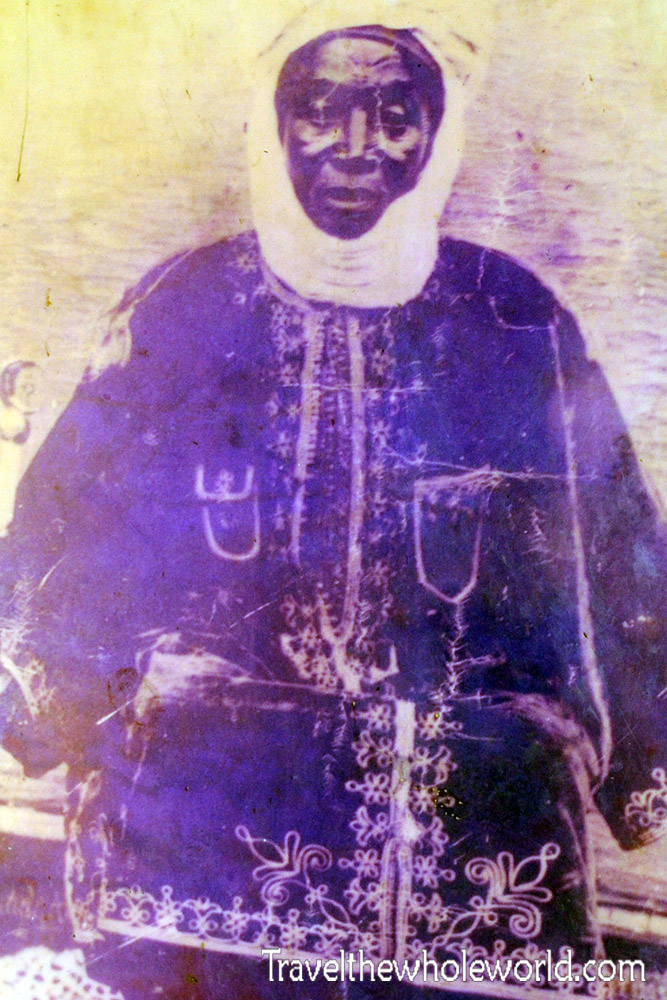 Europeans brought education and religion to some, while other tribes were enslaved. Just over 100 years after the Portuguese had made contact in Nigeria, the two countries began a slave trade. Badagry is Nigeria’s largest slave port and has lots of dark but interesting history here. The slave trade existed for about 200 years. Photographed above is Seriki Faremi Williams Abass. There were several slave traders from Badagry, but Abass is considered to be the last who remained in power until the late 19th century.

This large painting by a Nigerian shows the negotiation process of a Portuguese man trying to barter for slaves. In between negotiations, the slaves were kept in horrible conditions. The photo below is of a print of a picture taken in the 19th century of a Nigerian slave. 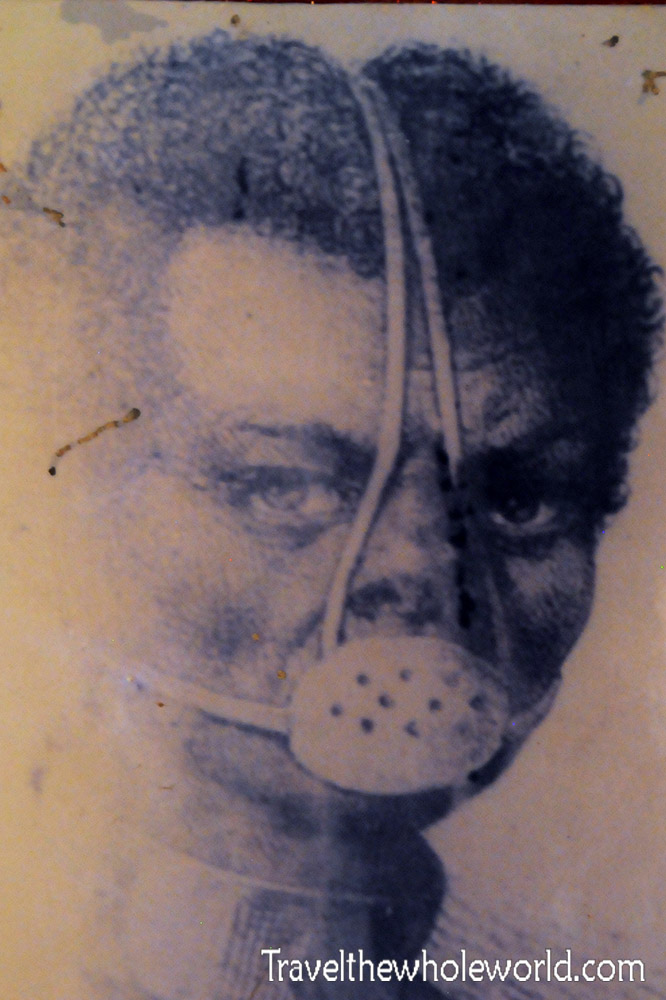 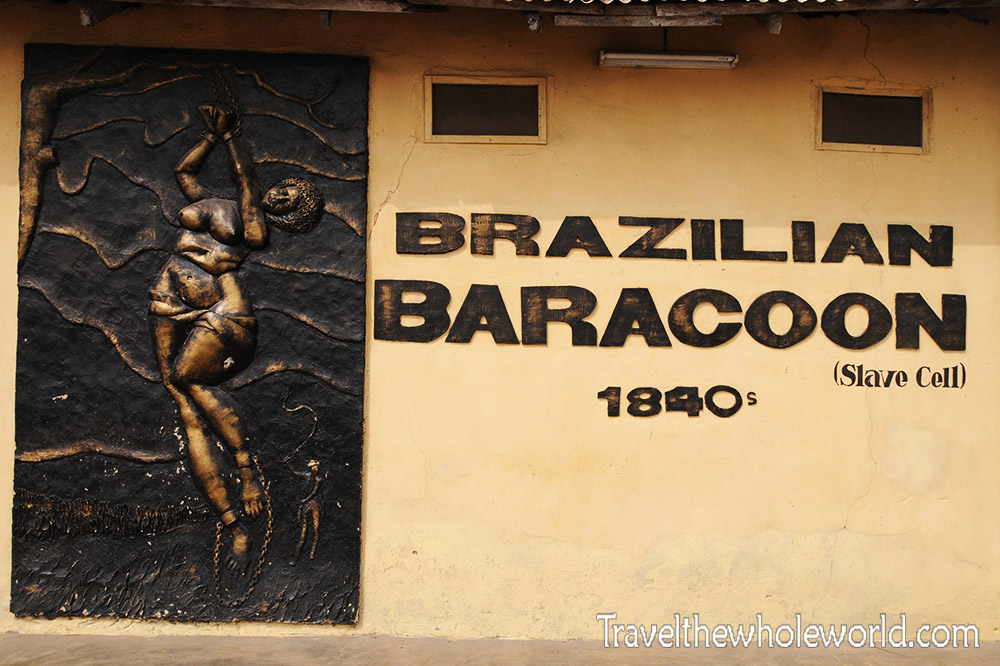 I was told that local Nigerians from this region would travel north of here and capture men and women from rival tribes. They were brought to the coast and kept in confinement until Europeans arrived to purchase them. This could be as long as several months and was often unpredictable. The baracoon seen on the building is the Portuguese word for slave cell. I visited one of them where over 40 people were kept in a tiny room. Only a small window allowed for ventilation and many died while waiting. 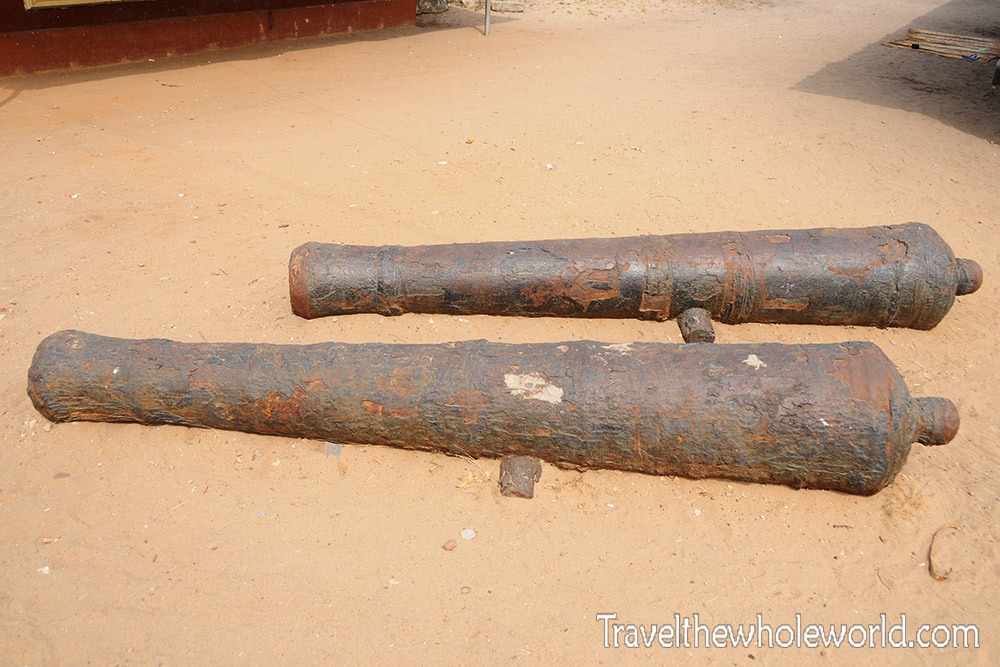 The majority of the slaves leaving from Badagry were bound for Brazil and South America, but some were sent to the Caribbean as well as America. Many types of goods were traded for salves with the Europeans. The two cannons for example, resulted in 200 lives being sent to the new world. 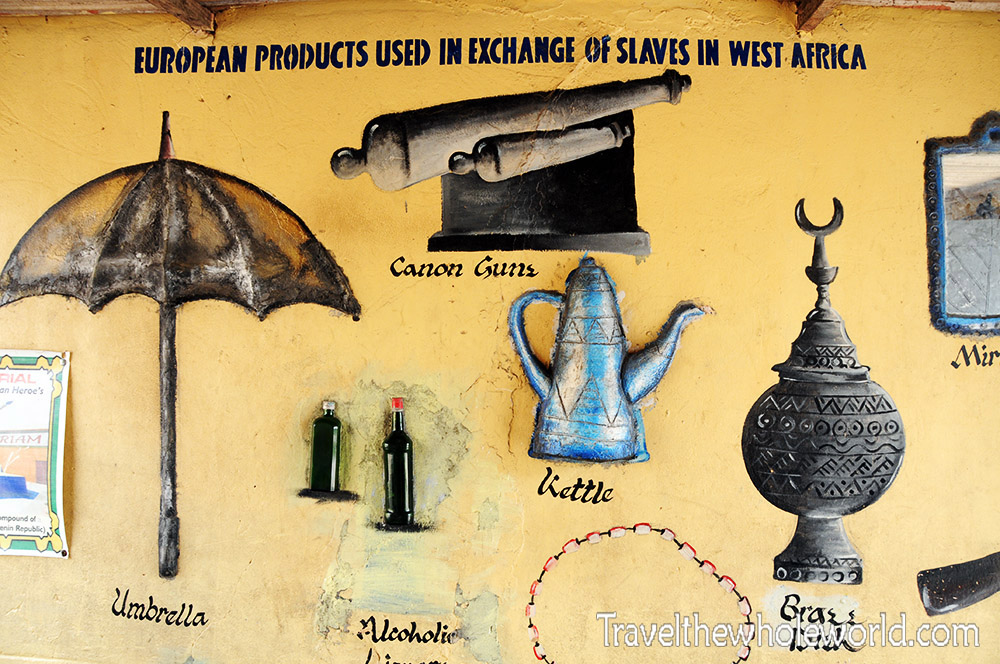 Above is another example of some other goods that were traded. Many of the items were luxury items such as the umbrella. I asked the Nigerian who was showing me the town if people here had any animosity towards the Americas or Europeans about slavery. He told me that most people here were family of the slave traders and therefore their ancestors had gotten rich from the slave trade. 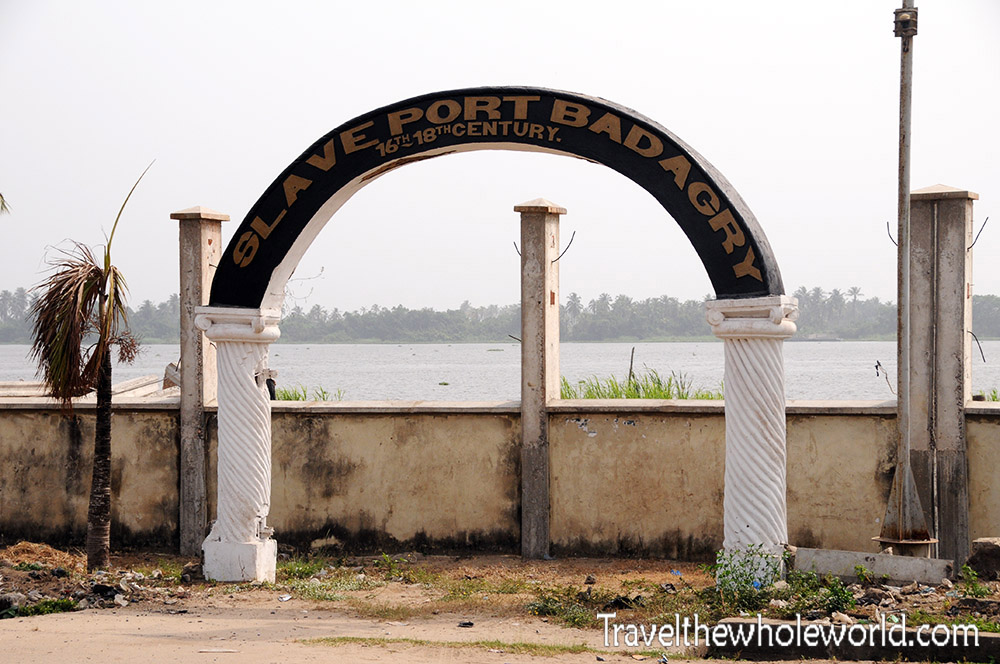 When the slave ships finally did arrive the slaves were put into the trade port for the actual negotiations. Above is the marker of the Badagary’s slave port. After these negotiations the slaves were destined for the new world and a brutal life of slavery until their death. 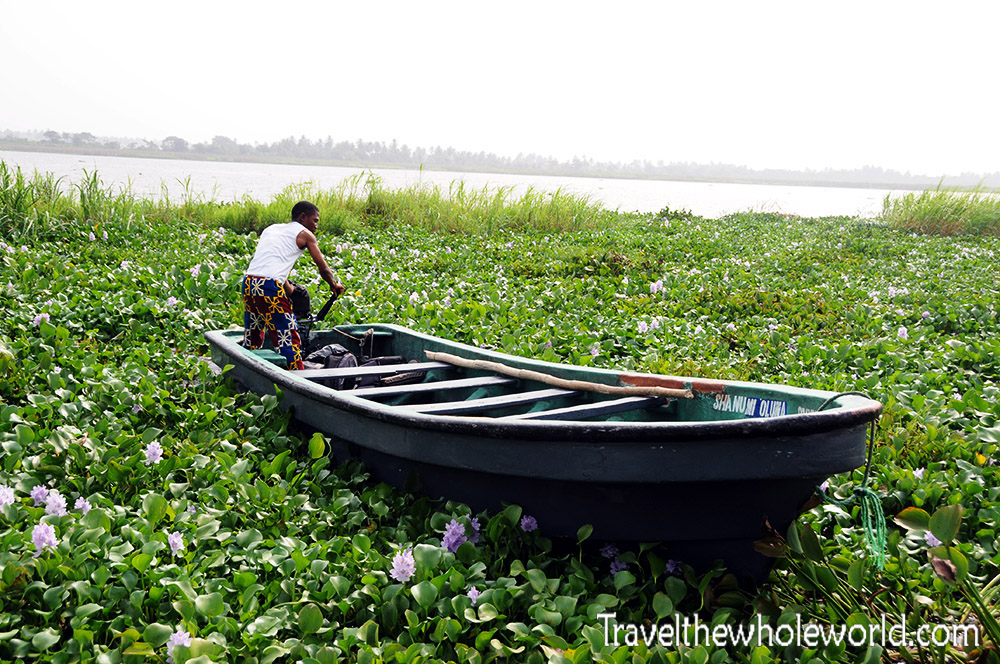 After the Point of No Return the slaves had to cross in small boats across a channel to a small barrier island. The motorboat below is what I took to get to the other island. While this was happening I saw a man who slipped off the dock and fell neck deep into the water. I was tempted to take his photograph but he was already in a bad enough mood. 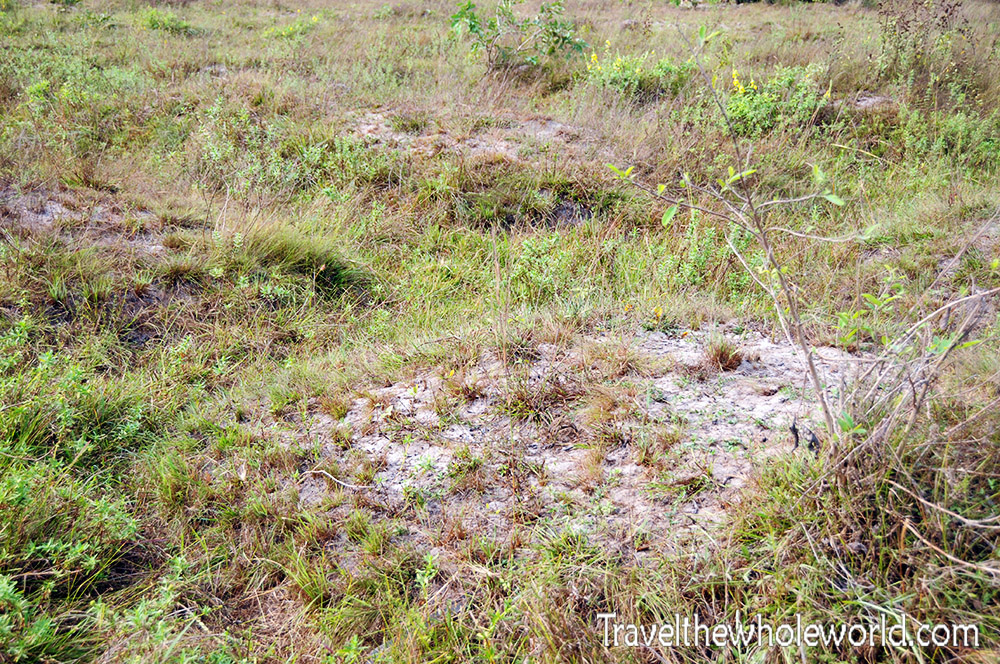 On the barrier island is a trail over a mile in length where slaves were forced to march to the coast. About halfway through the trail I came across two interesting places. These small mounds are actually graves from slaves who passed away while in captivity or even on the short trek to the coast. There seemed to be about a dozen or so graves that were visible here. Maybe more were in the distant fields or some weren’t visible anymore after the passing centuries. 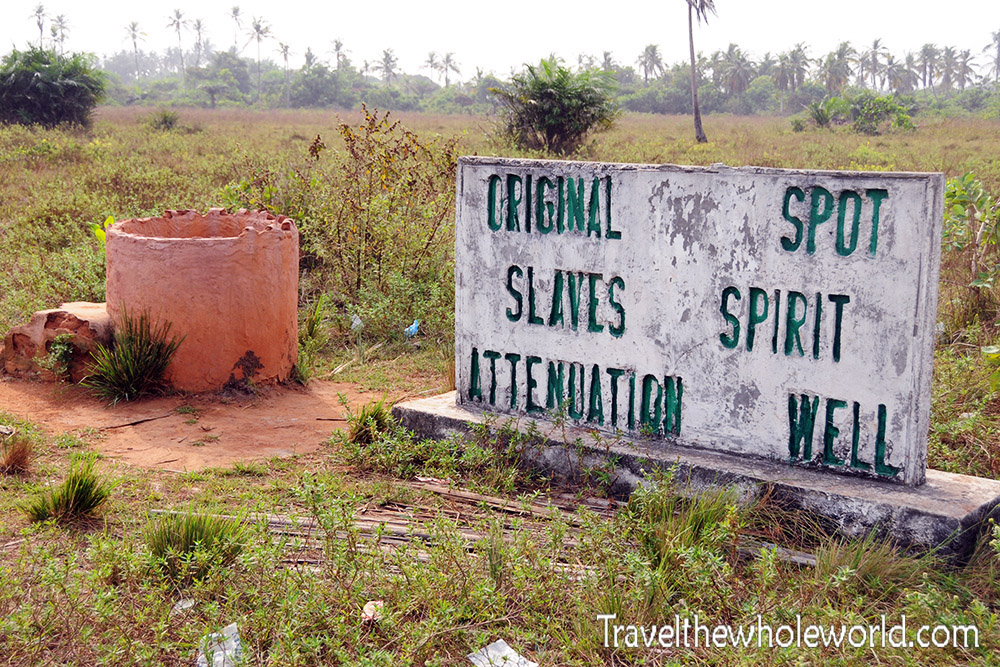 For those that were still living, their life was essentially over as well. The photos in Badagry aren’t beautiful or scenic, but they are some of the most important historical places in the world. At this voodoo well, all slaves were forced to have a final drink. Supposedly a spell was done to the well, so that all who drink will have their memory erased and that the new slaves will have no knowledge or sadness about missing their former life. When I went to Benin, I discovered something similar in their slave port. Instead of a voodoo well, slaves had to circle around a tree several times to lose their memory. Most slaves from Benin went to Haiti and other parts of the Caribbean. 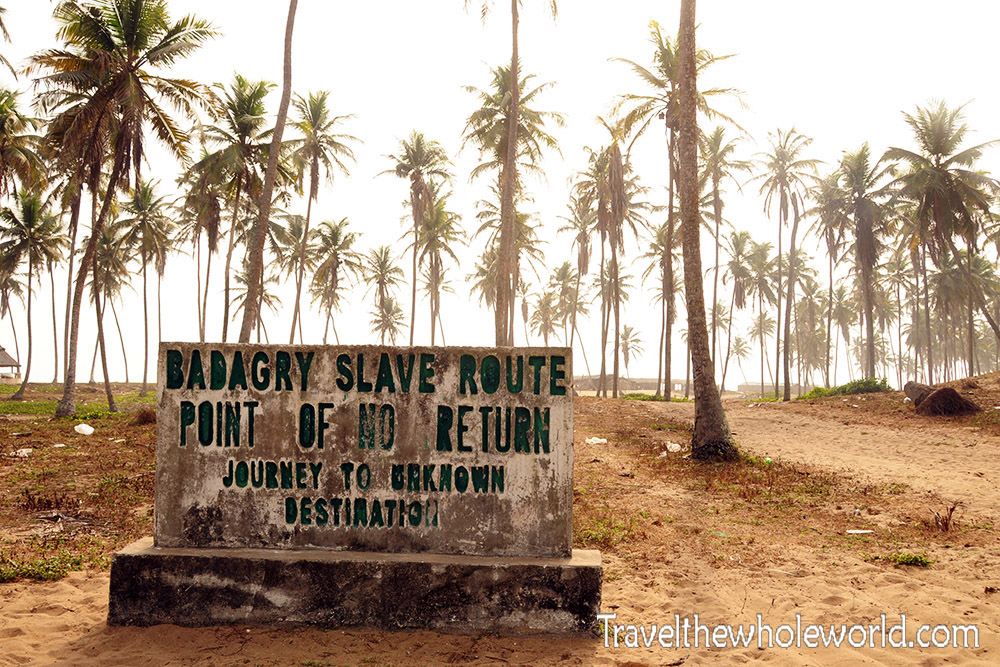 At the end of the trail the slaves reached the “Point of No Return”. Most slaves from Badagry ended up working in the sugar plantations of Brazil. The work there was so harsh that most slaves only lived about five years after arriving to the New World. For most of us, these palm trees and sandy beaches are a beautiful site. For the slaves who passed here, they were the last things they would ever see from their homeland. 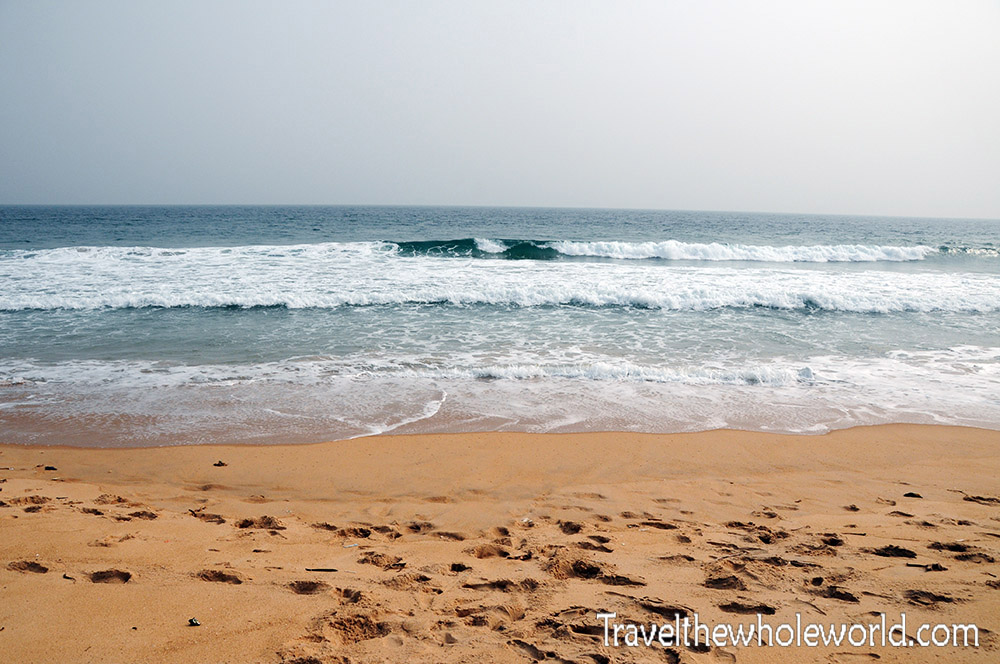