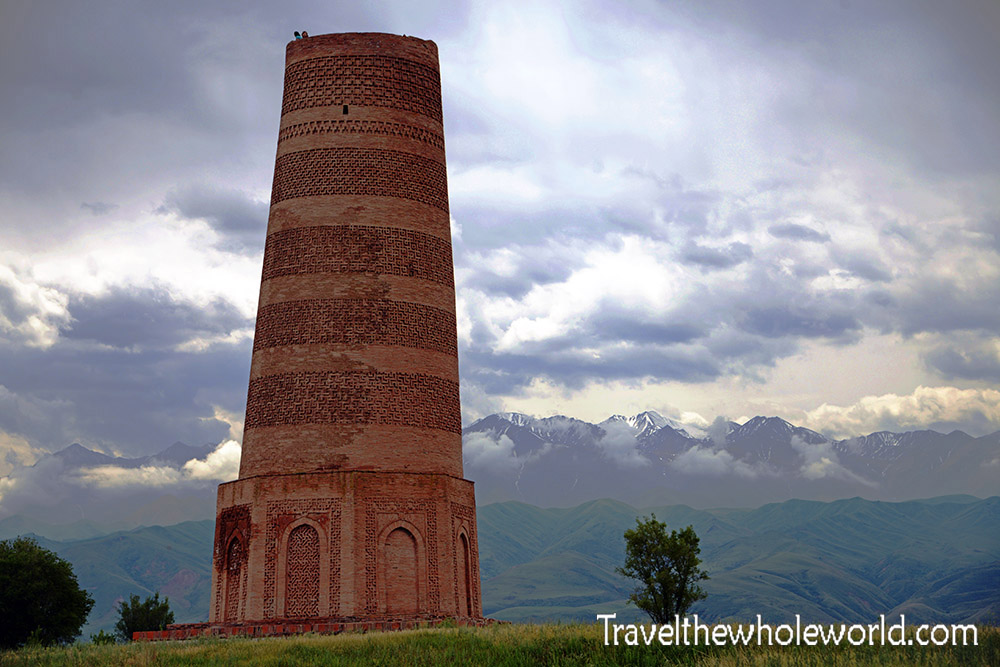 Halfway between Bishkek and the western shores of Lake Issyk Kul you’ll find the ancient tower of Burana. The tower was believed to have been constructed in the 11th century. For over a 1,000 years it was the highest building in Kyrgyzstan. Burana tower was originally 138 feet (42 meters) but was nearly completely destroyed by time. In the 1970’s it was partially restored to about half it’s former height. 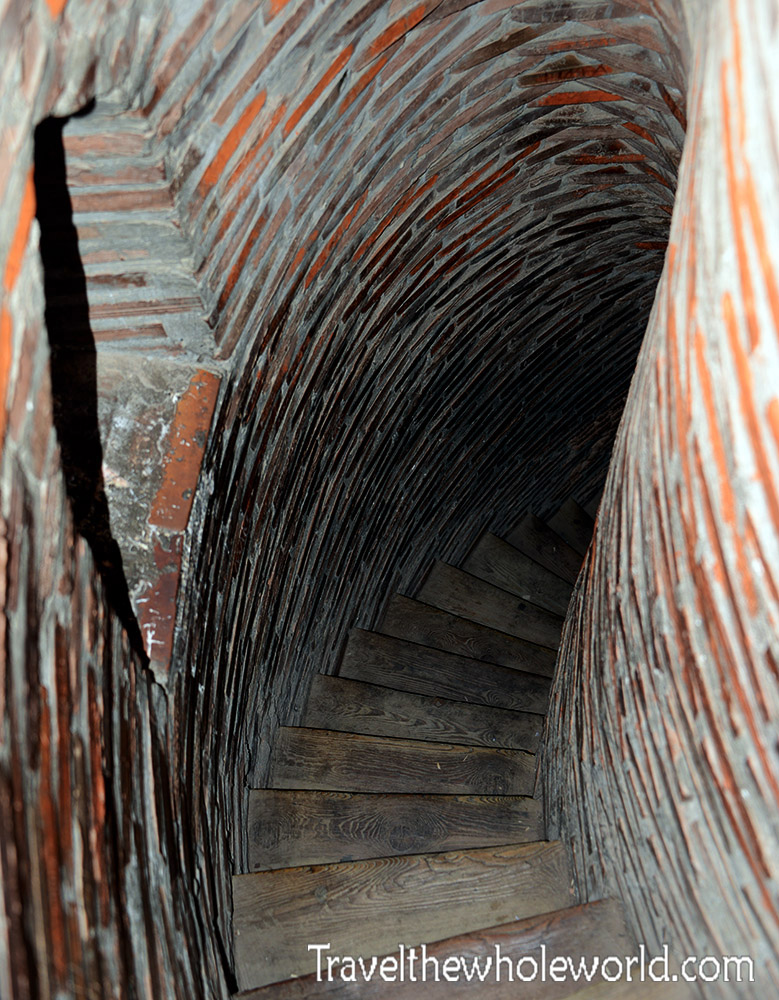 Other than my driver, I had the entire tower to myself when I visited. Luckily my driver pointed out that the tower’s bricks are two different colors. It’s so dark inside that I probably wouldn’t have noticed this on my own. The darker bricks towards the bottom of the tower are the originals. 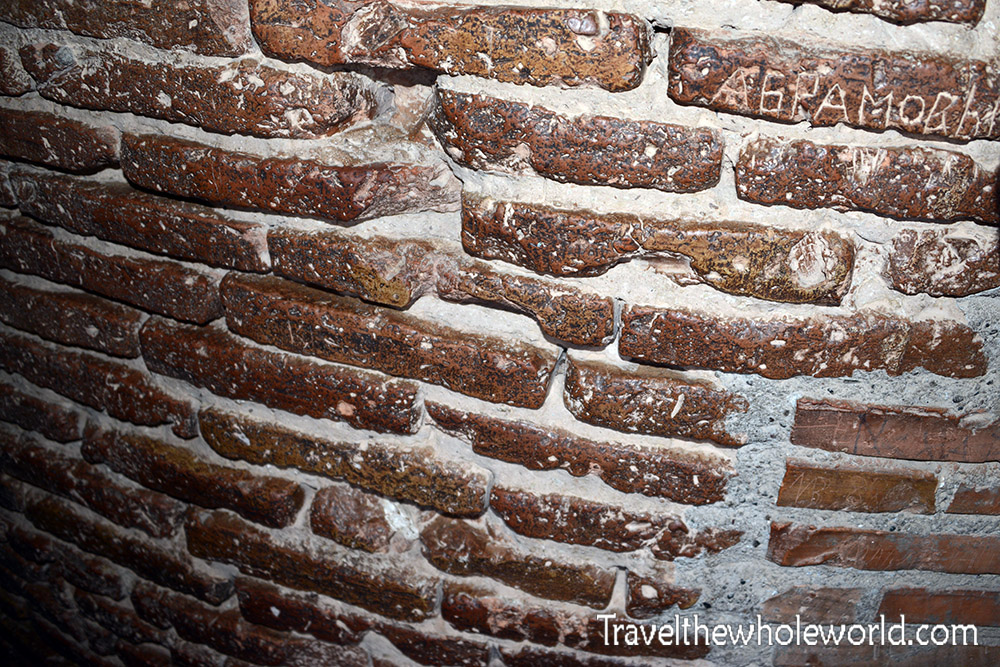 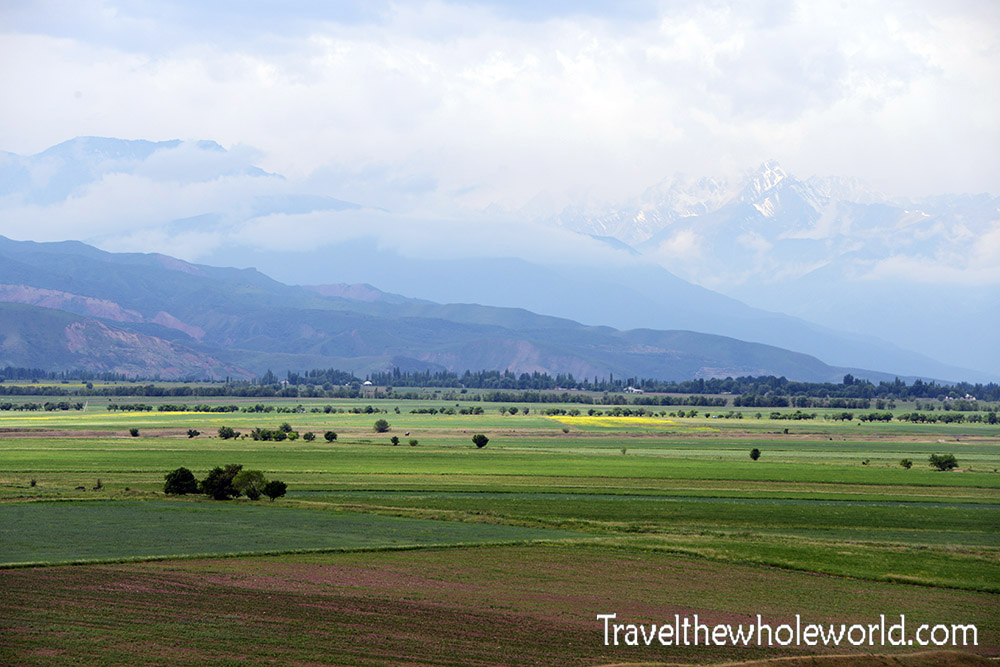 Even though the tower is less than half its original height, you can still get some great views from the very top. I was able to see fertile farmlands in all directions and some beautiful mountains in the background. There was even a Kyrgyz cowboy leading his cattle across the plains. 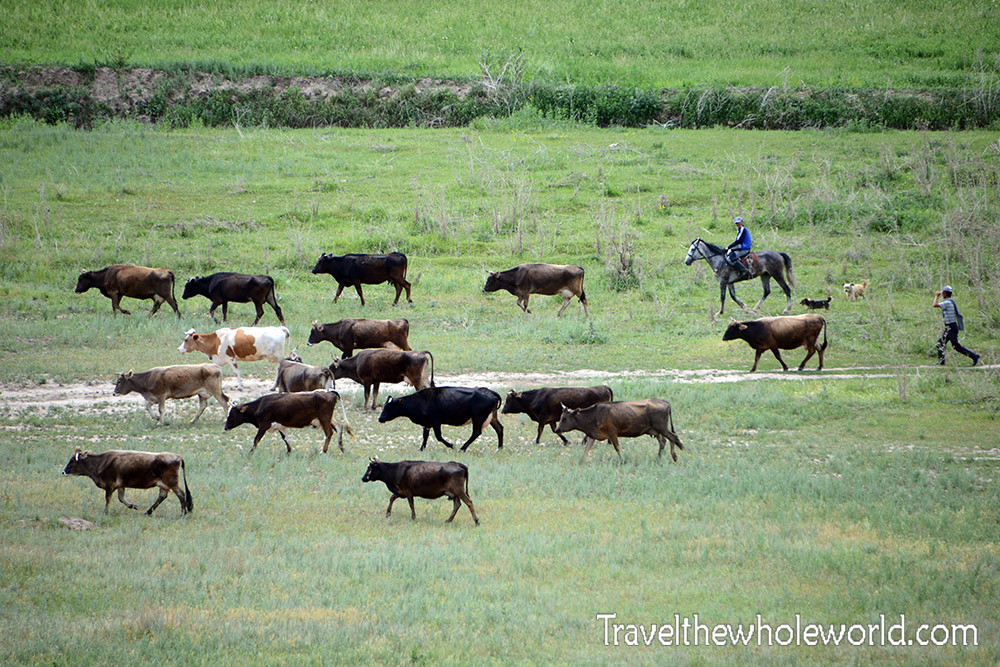 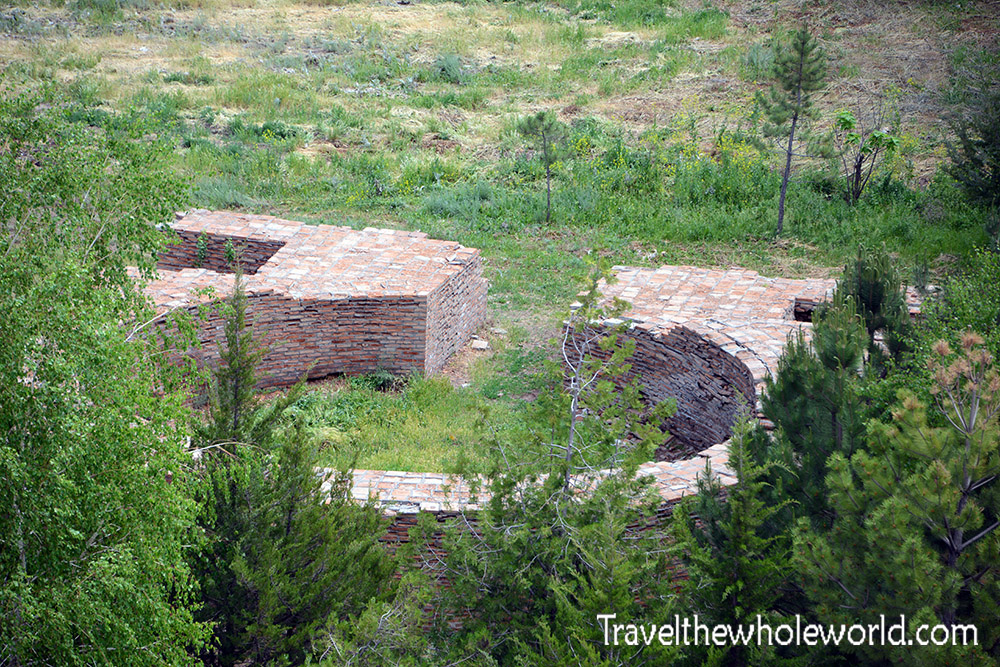 While Burana Tower is the obvious highlight of this area, it’s actually the remains of an ancient capital. From the top of the tower you can also see the remains of other buildings. The city was once known as Balasagun and was founded by the Soghdians. It was the capital of the Kara-Khanid Khanate which was a dynasty that ruled the area for over 200 years. 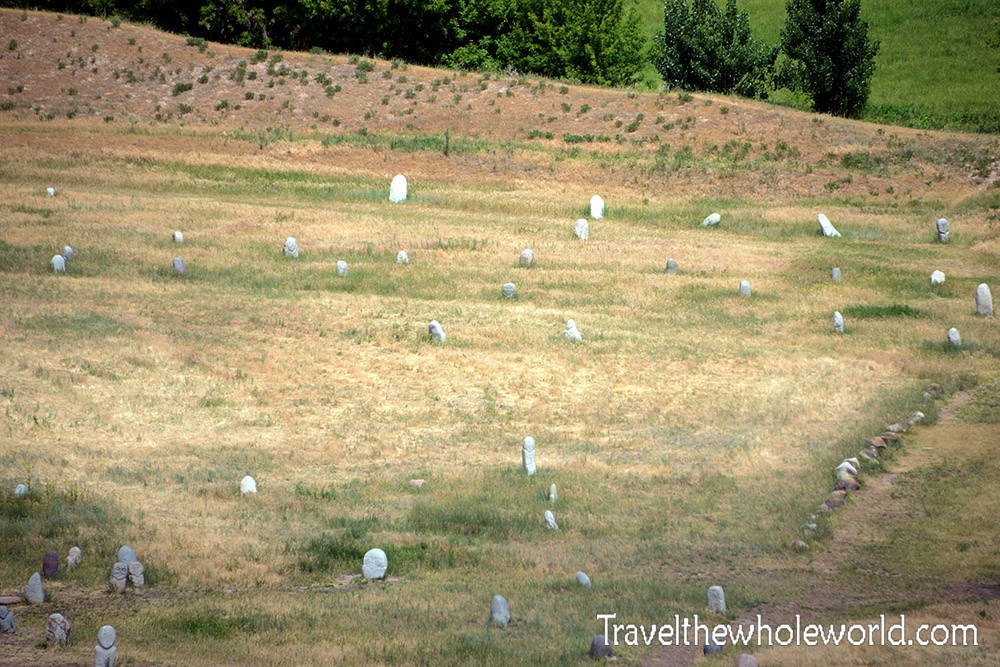 The most interesting part for me was the cemetery here. Initially it might not look too impressive, but there are some tombstones here. 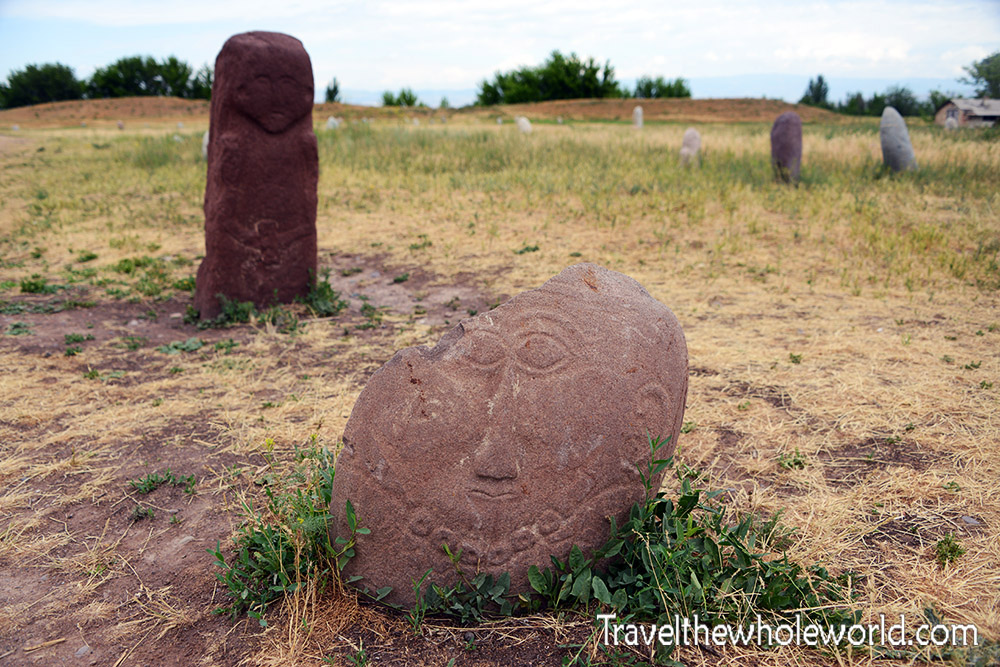 These last two photos show some of the balbals in the cemetery. Balbals are a name for these types of tombstones seen in Central Asia. Aside from the balbals, there were also some from other time periods. An example is some more traditional tombstones I saw that had Islamic writing. My favorite for sure was the one below! 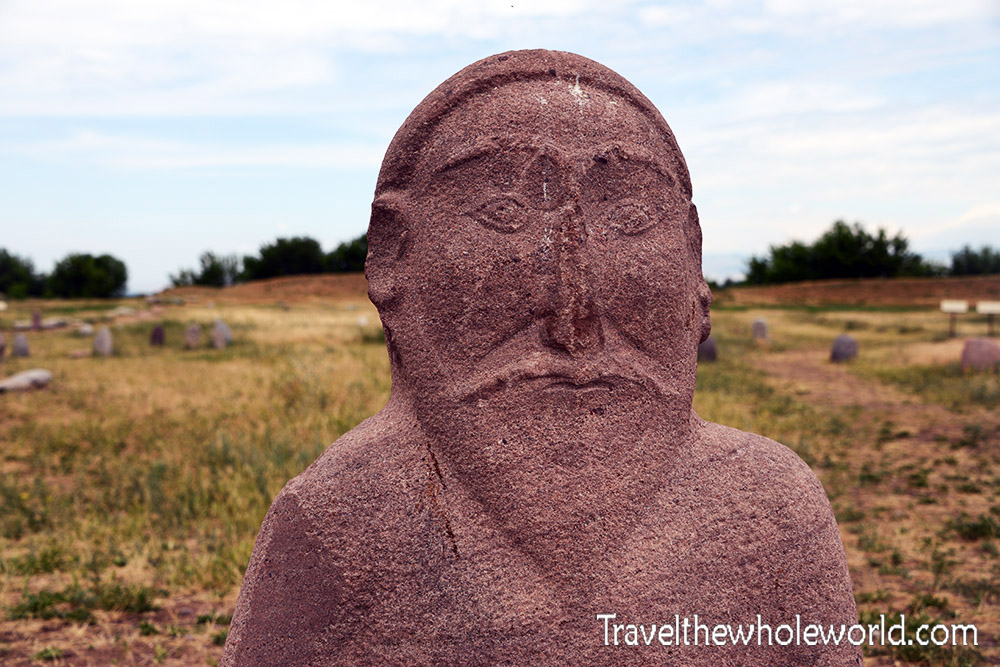