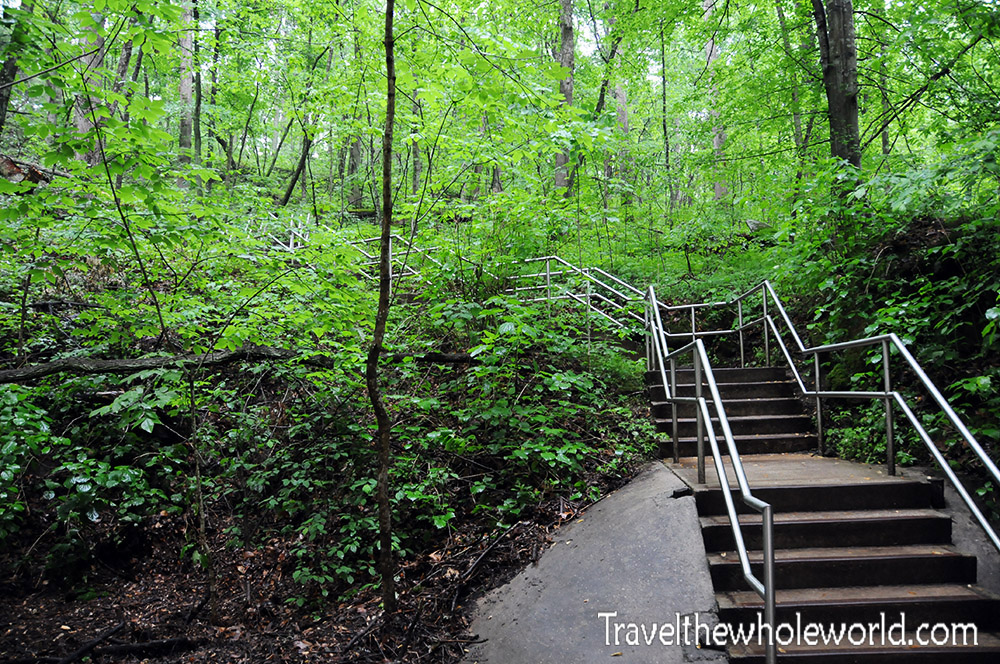 So far on my travels to Kentucky, the only outdoor experience I have was in their rural south. The land here is filled with plenty of sinkholes and caves, something you might not necessarily expect in Kentucky. The most famous of them all is Mammoth Cave, both a national park and a world heritage site. A simple hike in the woods here would give you little hint that you’re walking about the largest and most complex cave system in the world! 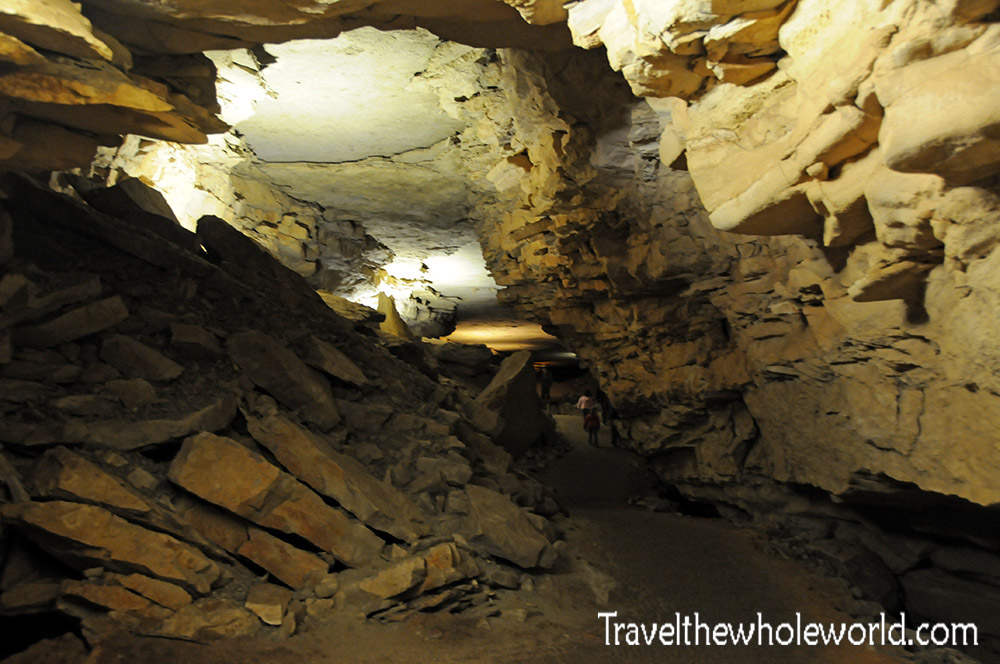 Not only is Mammoth Cave the longest cave system in the world, its more than double the length of the world’s next longest cave. When I first visited, Mammoth caves totaled 364 miles (585 kilometers). As new branches of the cave are constantly being discovered, that number has now exceeded 400 miles (640 kilometers)! Of the portions of the cave that I walked, this one above had one of the most open areas, and was well lit by permanent light fixtures. 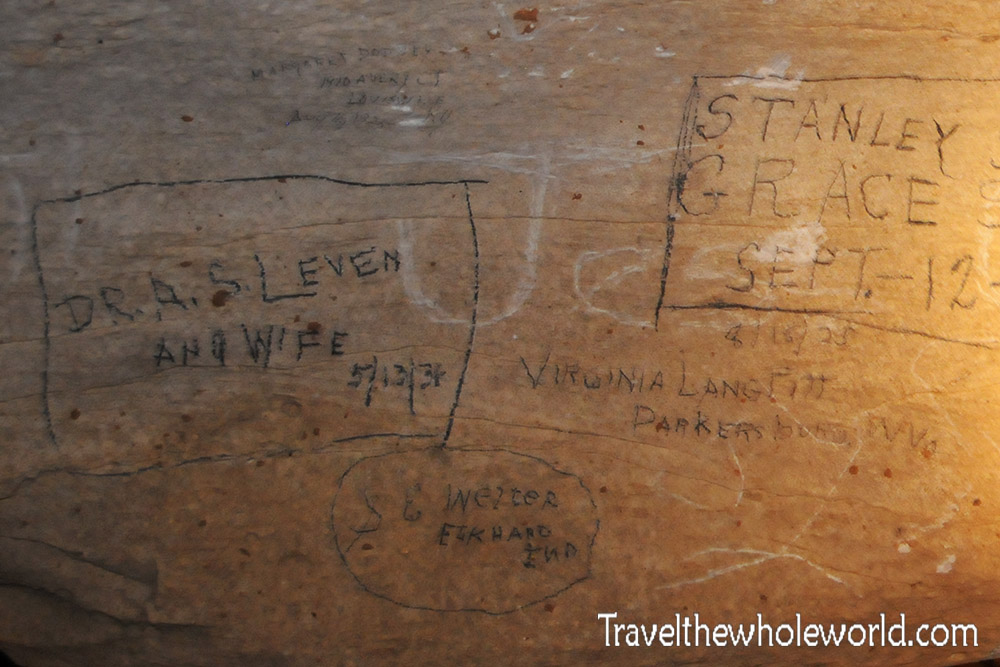 Mammoth caves were discovered by native Americans an estimated 5,000 years ago. When Americans rediscovered the caves in the 19th century, they found ancient pictographs, tools, and even mummified remains. In the early 20th century, a rich business man bought the land and began running tours through the caves. He encouraged the visitors to carve their names in the wall, and because of the lack of light the writings have been well preserved. Above are some names of people who have tagged the cave in the 1920’s and 30’s. 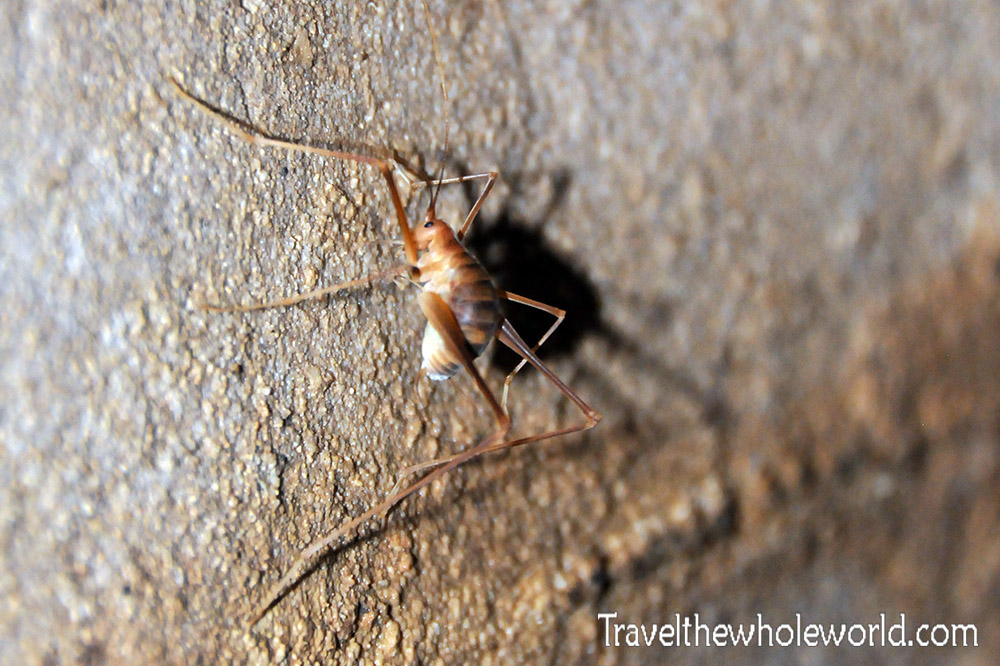 The cave is home to a bit of unique wildlife. This camel cricket is probably one of my least favorite bugs in the world, but was the only thing I was able to capture. Some more interesting cave wildlife includes several species of bats, one of which is the size of an adult thumb! There are also rodents, insects, two species of blind fish and even an endemic shrimp. Since the fish and shrimp never see light, they have no pigment on their skin. Their skin is essentially see-through and all their organs are visible. 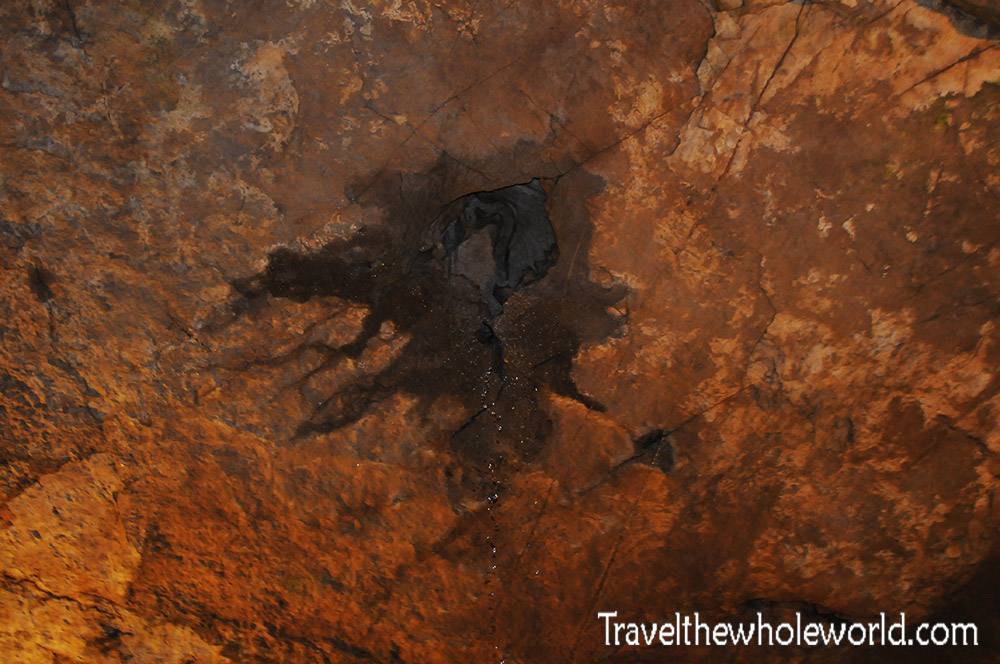 Most people are aware of how stalactites and stalagmites form. Water that runs on the ceiling and eventually drips down leaves behind minerals that over thousands of years begin to grow. They are both the same thing really, with stalactites stretching down fro the ceiling and stalagmites form on the ground building up. Usually they grow towards each other, so you’ll find a stalactite directly above a stalagmite, and over enough time they may even connect. The photo above shows running water falling from a ceiling, which looks to be forming a new stalactite. The photo below shows some of the largest stalagmites that I came across in Mammoth Caves 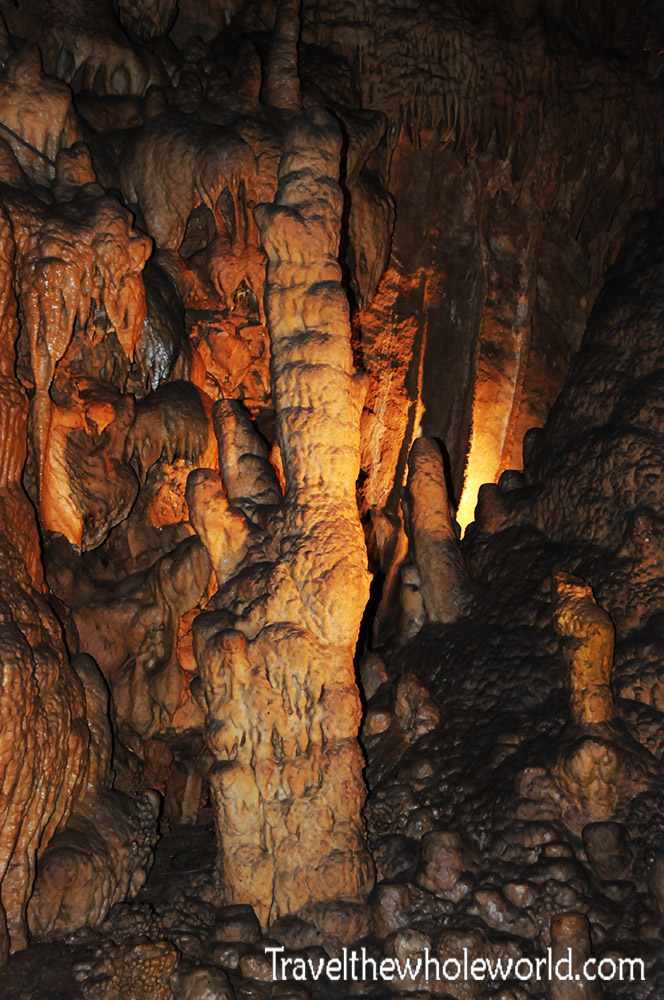 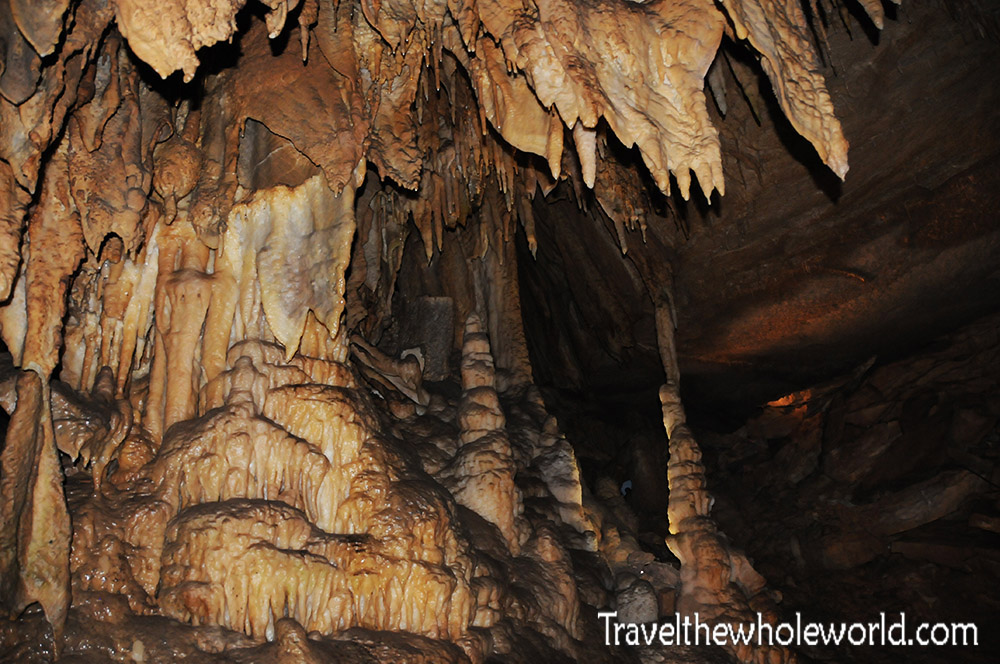 I have a friend who is a one of the most adventurous people I know, but I remember he once said after you see one cave you’ve seen them all. I never agreed with that statement, and if there is any cave to prove that wrong it’s here. Beyond looking at stalagmites and stalagmites, there are underground hikes, spelunking, rappelling, and even boat tours! The photo above was one of my favorite stalagmite formations I saw, and the river below was the most impressive scenic view. 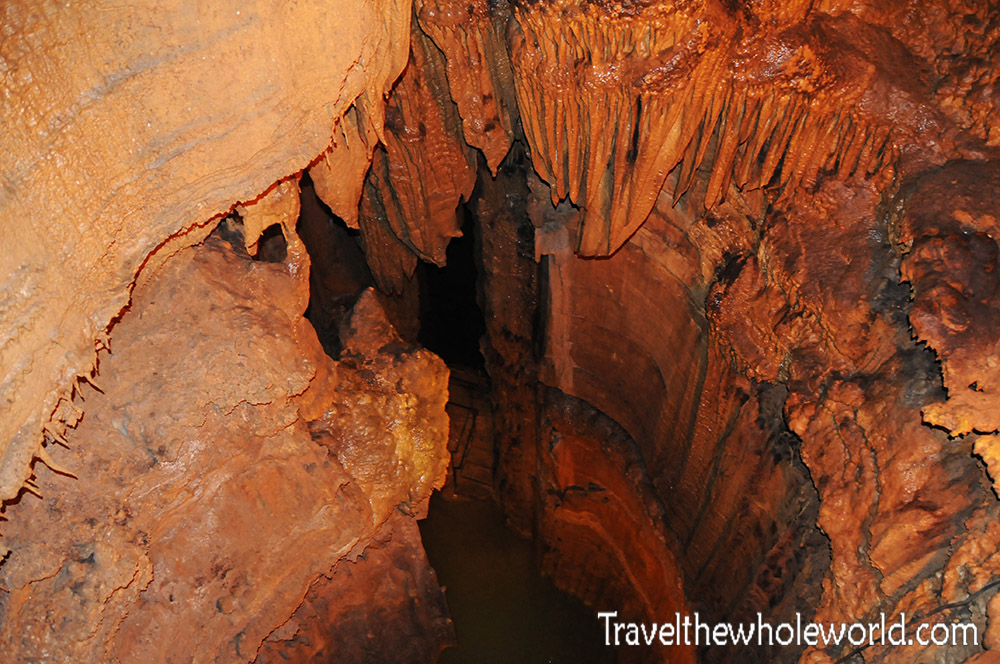