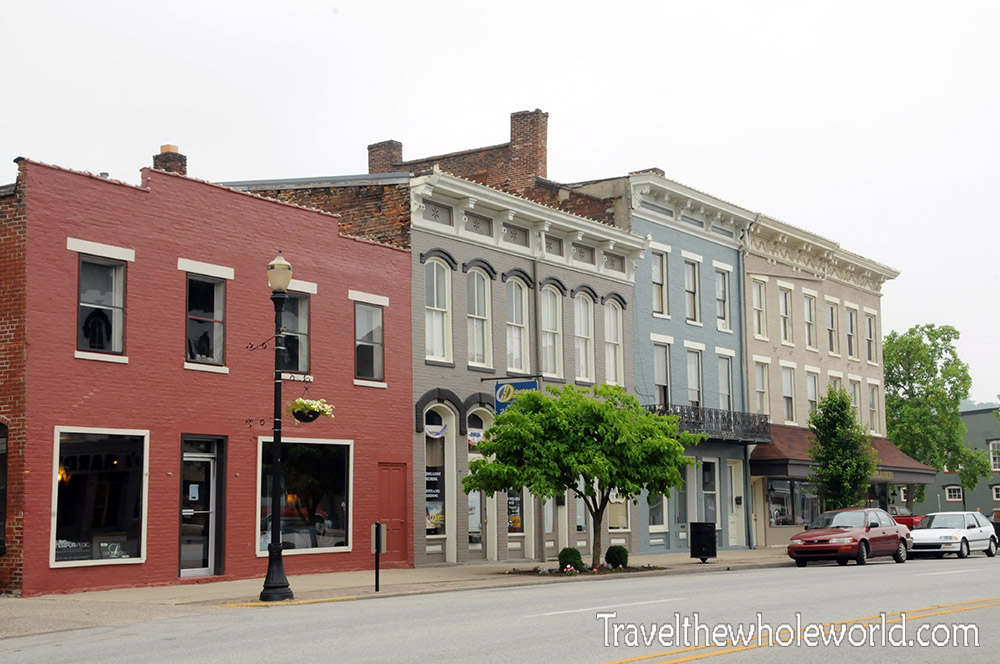 On my way south from Indianapolis, I drove through the small town of Madison. It’s built right along the Ohio River along the border of Kentucky and has only 12,000 people in it. It’s a small town and there wasn’t much going on when I visited, but I later found out that Madison does have a very unique event that takes place in the summer though. The nearly 100 year old sport of hydro racing has taken place in the Ohio River in late summer, officially since 1929! 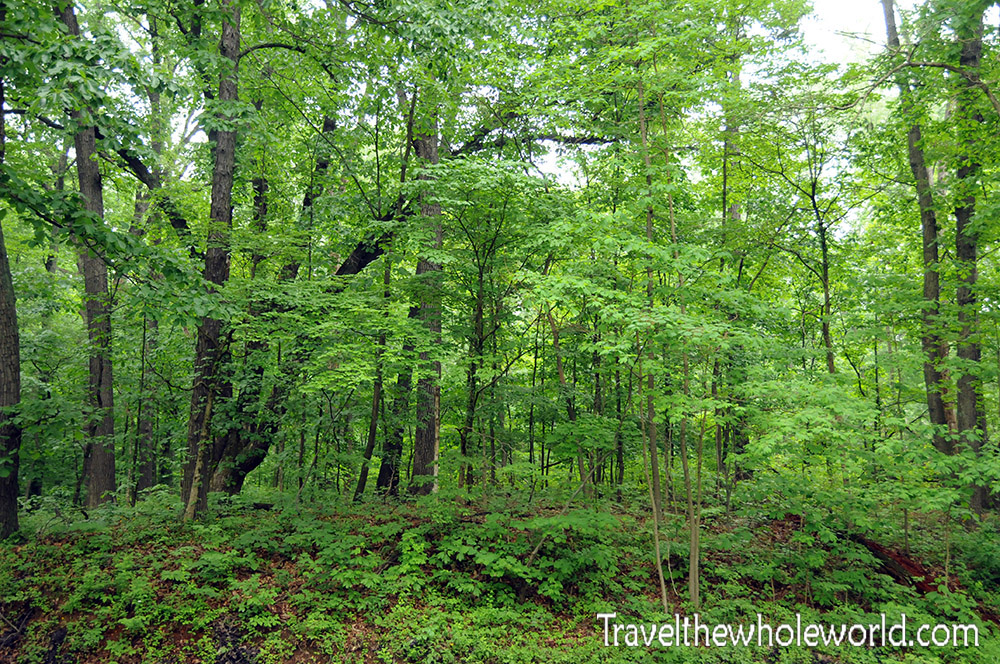 I most definitely don’t ever think of Indiana and waterfalls or dramatic scenery. The green forest was more of what I had expected to see, so you can imagine my surprise when I got to Madison and discovered some steep hills and windy roads. These took me by surprise since I imagined the state to be completely flat. 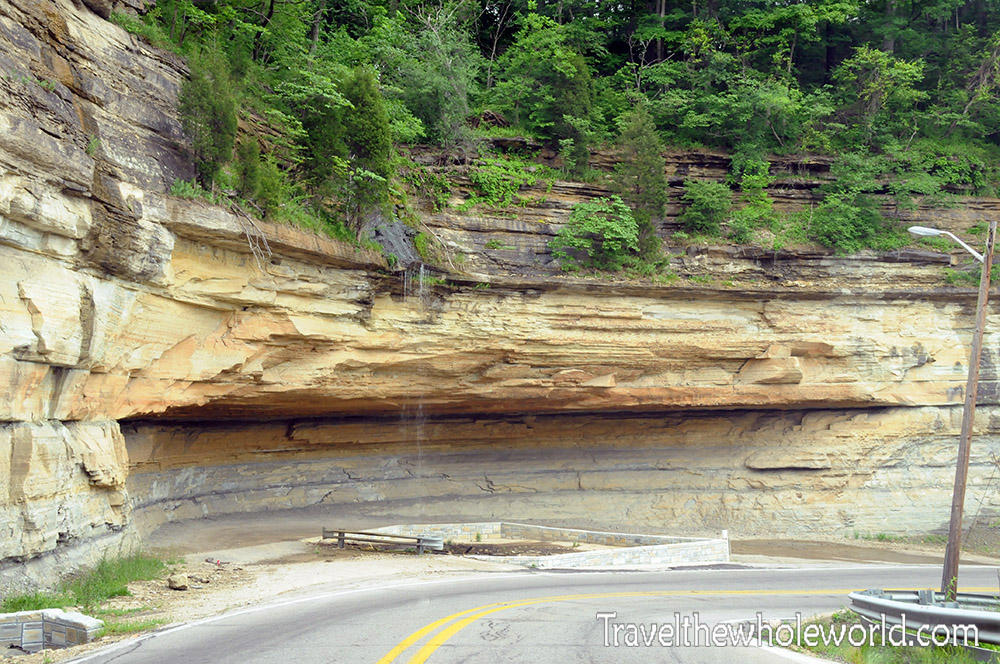 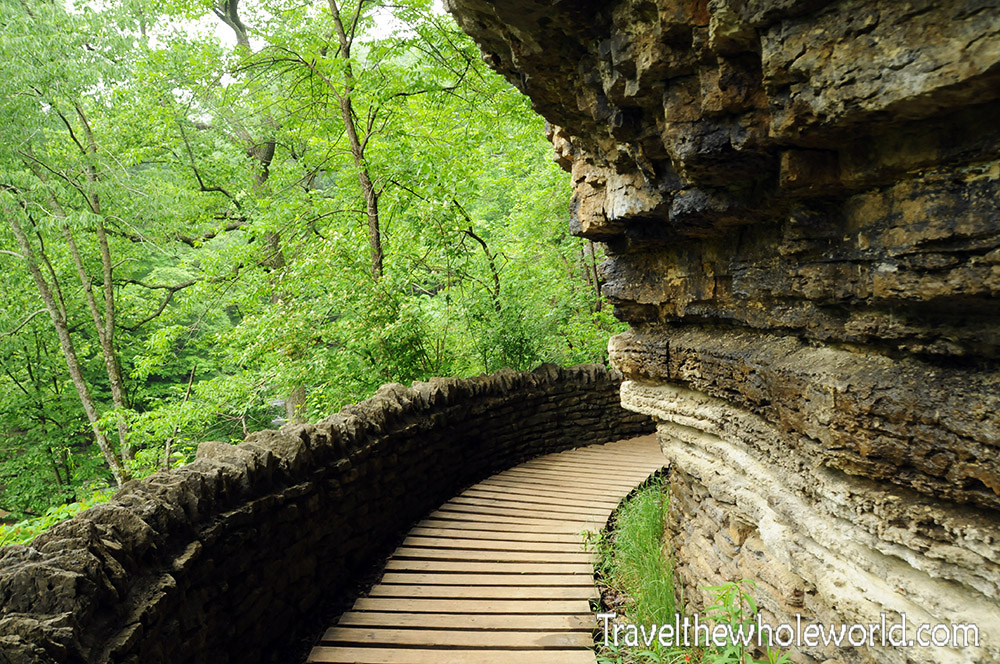 In 1920, citizens of Madison gave up some surrounding land to the state and created Clifty Falls park. This park has some of the most beautiful scenery I’ve seen east of the Mississippi river. Within the park, you’ll come across several cliffs and walls that follow the line the trail. 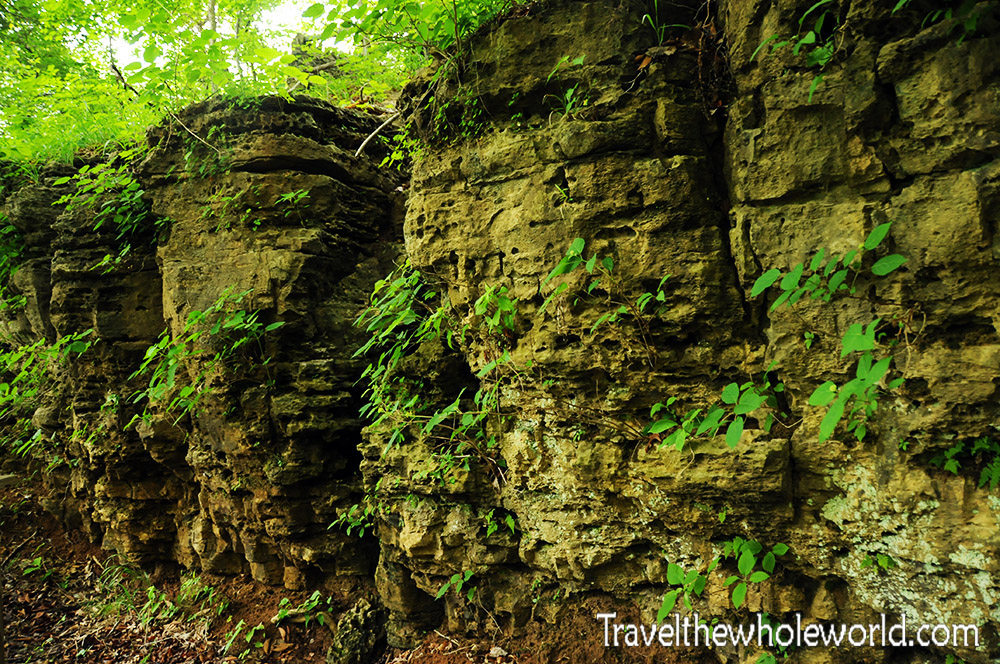 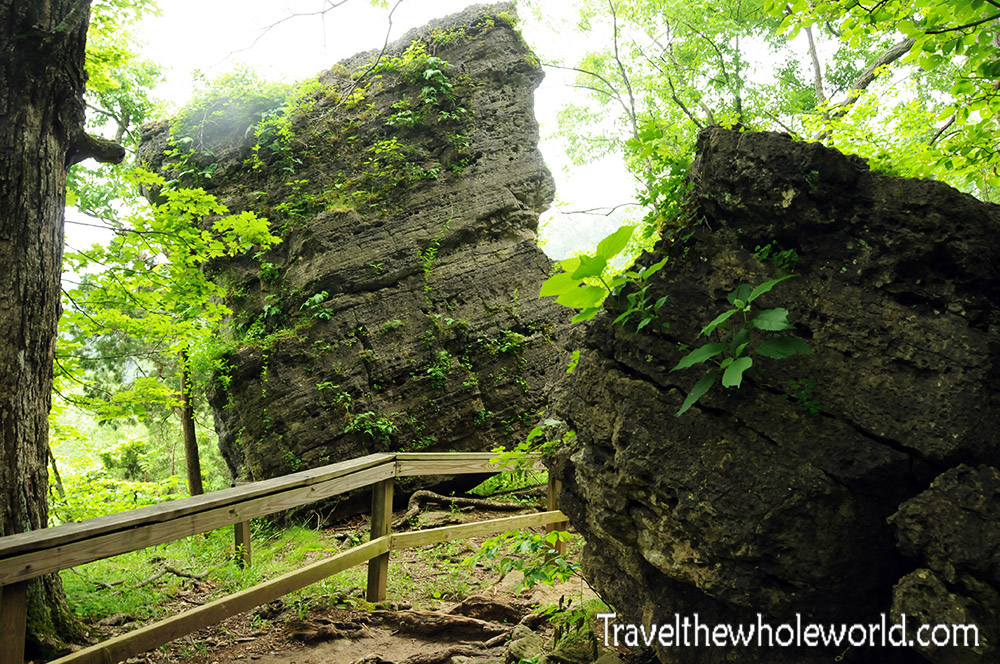 The park is tiny, but its so dense with impressive scenery I’d call it one of my favorite state parks. The giant rock above is another example of some unique terrain I wouldn’t expect in Indiana. The photo below shows a shot of a cliff taken from high above. 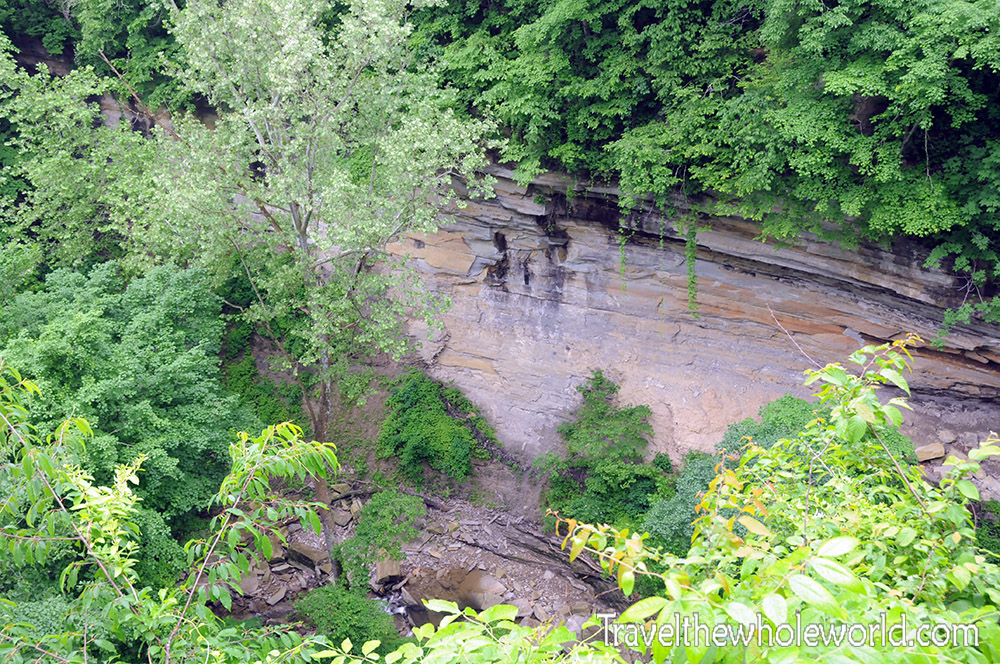 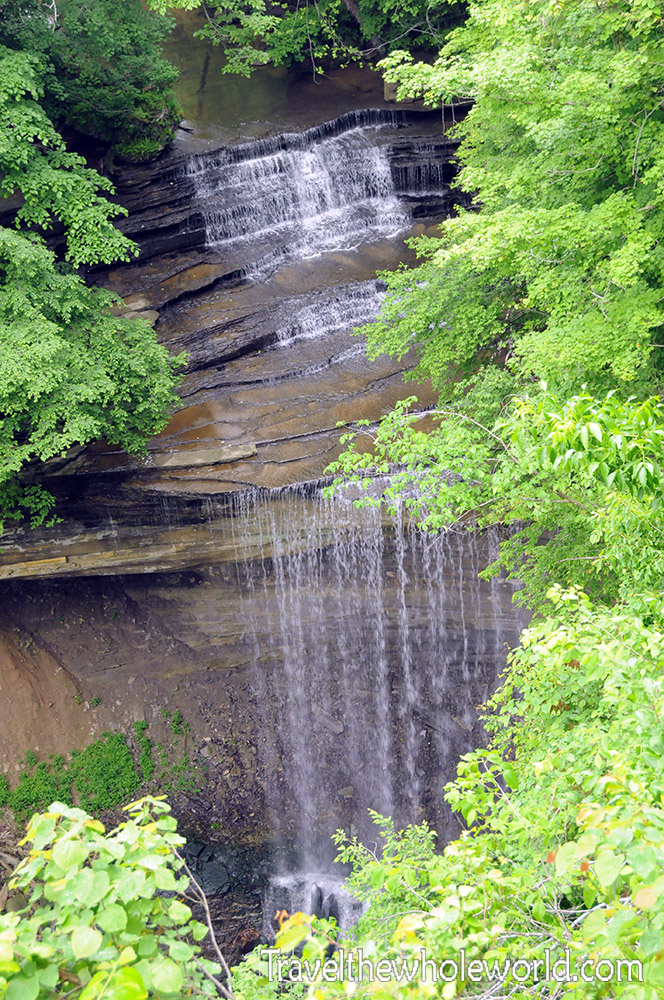 There are four major waterfalls in the park and they measure between 60 and 83 feet (18 and 23 meters). The photo below shows a zoomed in shot of my favorite waterfall, and the entire fall above. Because of the thick vegetation I wasn’t able to photograph the entire waterfall. 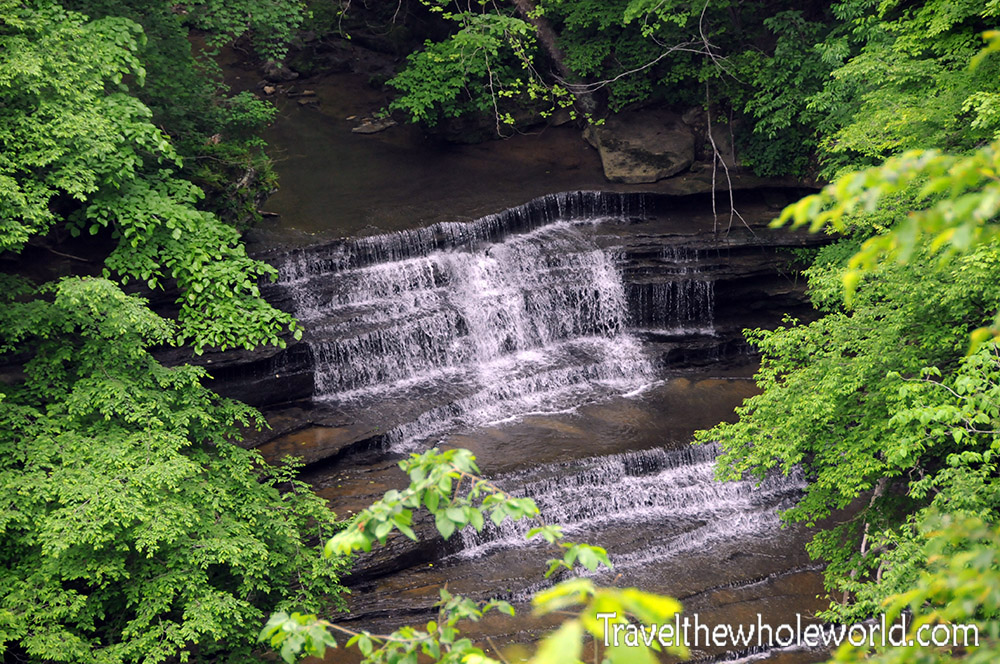