Hawaii is a tropical island in the Pacific and is known for having some of the most active volcanoes in the world, great scuba diving and surfing, and its mountainous rainforests. It also has a lot of history because it’s home to Pearl Harbor where the Japanese attacked USA during World War II, the only time America was ever attacked on US soil by a foreign military. I only ended up in Hawaii because I could not find a flight out of Honolulu to Australia but was happy to end up with a few days here. I visited Pearl Harbor, went scuba diving and visited the big island. I’d like to hike Hawaii’s highest mountain Mauna Kea, do some more diving and explore other islands when I return. Unfortunately I didn’t have a scuba camera on this trip so I can’t share any of the amazing fish and sea turtles I came across, but having visited nearly all of America’s 50 states, Hawaii is easily one of the most beautiful and a favorite of mine, so I’m sure I’ll return here several times. 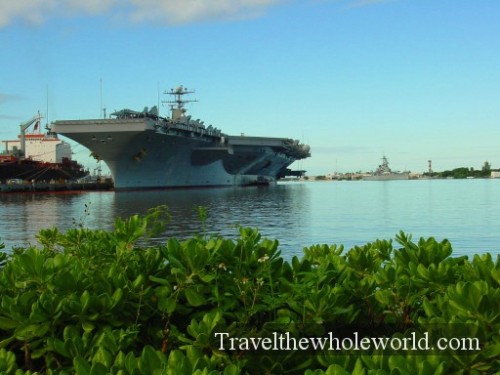 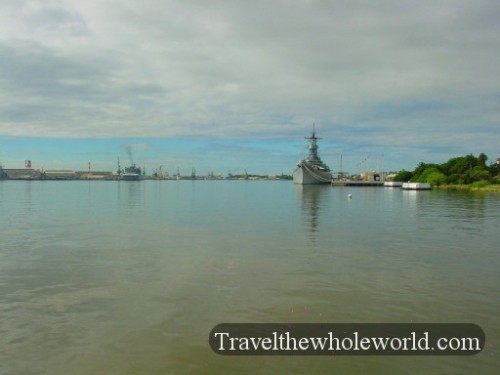 When I visited Hawaii, I had used my vacation days from the Marines to leave 60 days early. This is called terminal leave and though I didn’t ever have to report back to the military again, I was technically still active duty so I was able to get a room for only $20 a night in Pearl Harbor. While walking around the military base I saw the the aircraft carrier the USS Lincoln making a port call on the upper left. To the right is a ship docked at the Pearl Harbor Memorial. 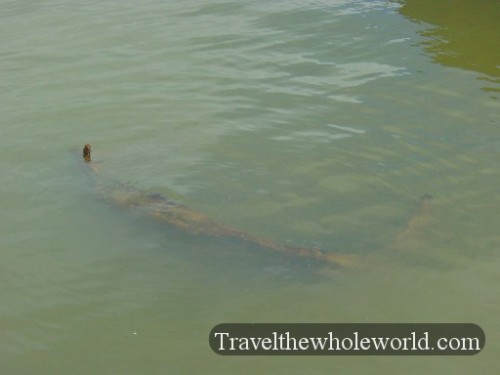 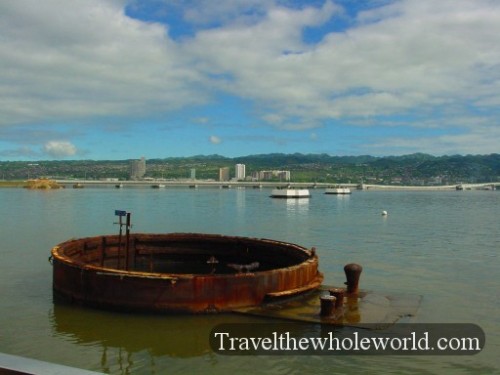 Without diving, the two photos here are probably the best I could take of the remains of the USS Arizona. This ship sunk during the Japanese attacks of Pearl Harbor which pulled the United States into World War II. The USS Arizona is one of the most known casualties of the Pearl Harbor attacks since over 1,000 sailors lost their lives here. 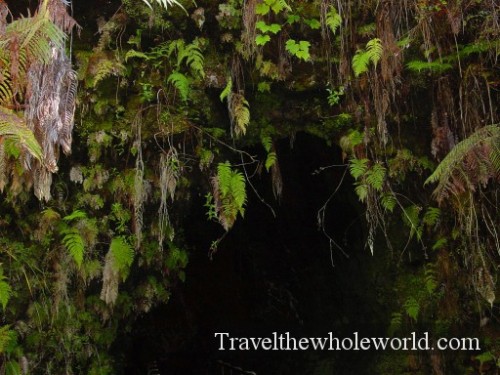 Next to Pearl Harbor, Hawaii is also famous for its active volcanoes that exist all over its islands. Some of the volcanoes still spew lava, while others only smoke or stay dormant. The two photos show the results of a former eruption and make something called a lava cave. The lava flowing eventually hardens on the outside but still flows internally making a tunnel. Eventually the tunnel can get hollowed out and this is what creates the lava caves. This one above that I went to wasn’t too long in length, but had lights mounted in the inside. Some lava tunnels can easily reach several miles in length. Below is a photo of a still steaming hole in the ground, and on the lower right is an open caldera. 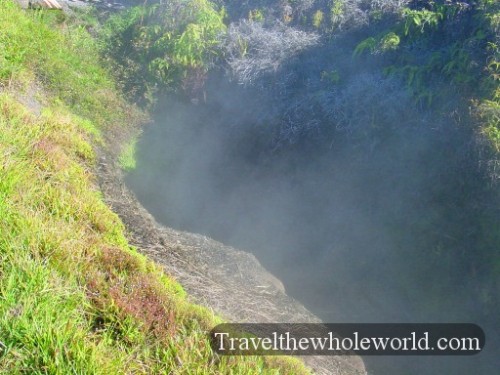 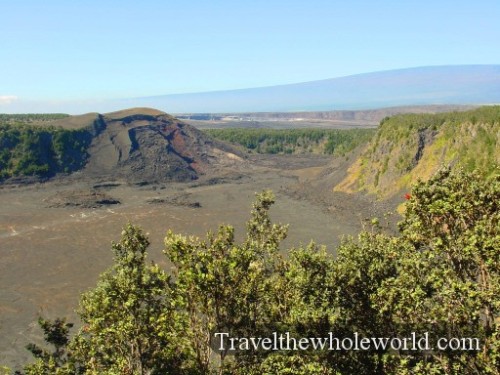 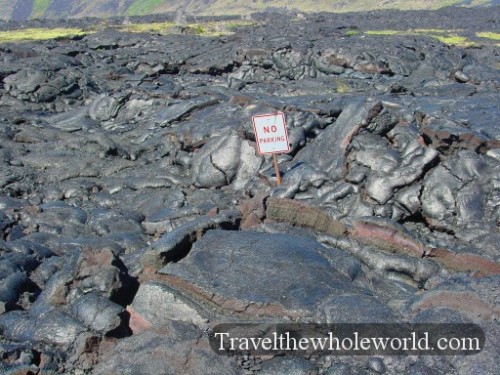 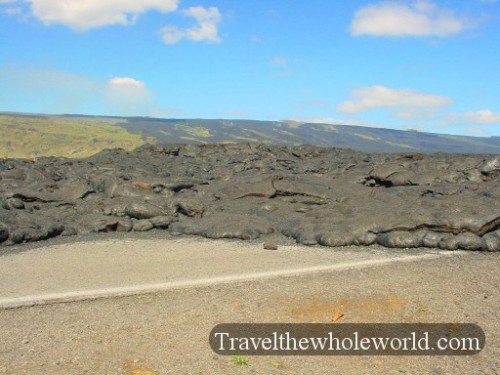 In 1983 Hawaii experienced a powerful volcanic eruption that threatened the population on its Big Island. A catastrophe was avoided, but the lava still reached many developed areas. The results are still visible today, like the no parking sign above that sits in a pool of hardened lava, or the road on the right that saw the edge of the lava flow. Below are two photos I took of what I thought were interesting lava formations, the lower left almost looks like tiled bricks, and on the right you can see different colorful layers the in broke lava rocks. 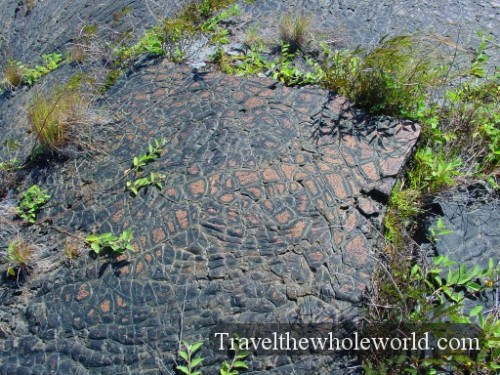 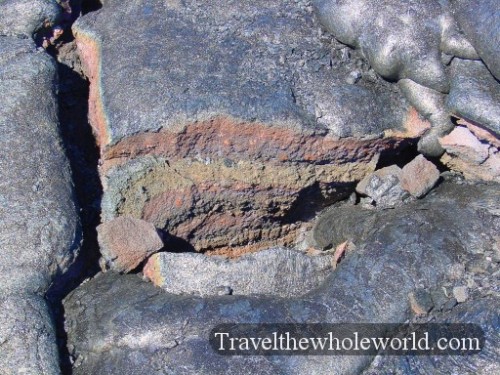 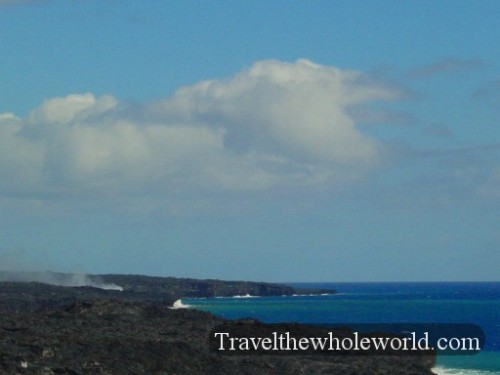 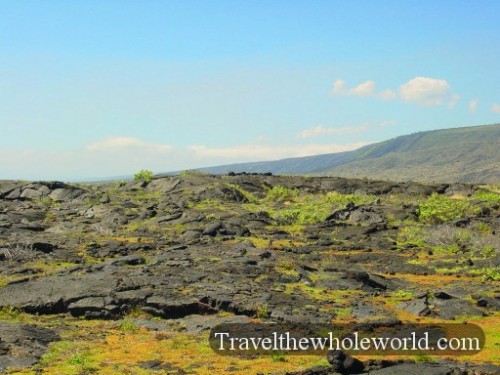 The smoke you can see on the upper right photodiv is actually caused by lava flowing into the ocean. The gas is obviously extremely hot but is toxic as well, so getting to close and having the wind change directions could be fatal if you inhaled those fumes. While areas like the active lava flow are still on going, other places in Hawaii have since recovered and vegetation is beginning to grow over the lava changing it back into normal soil. Below are two more shots I took while hiking, showing the lava cliffs meeting the beautiful beaches of Hawaii. 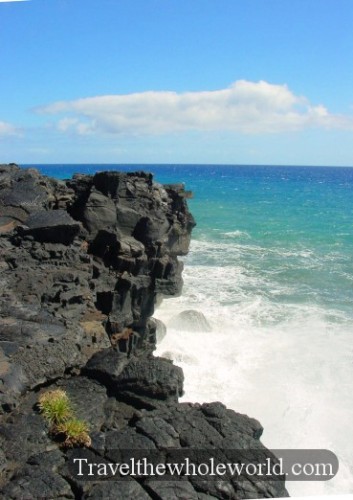 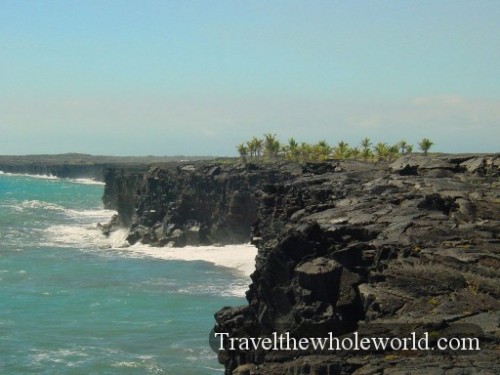 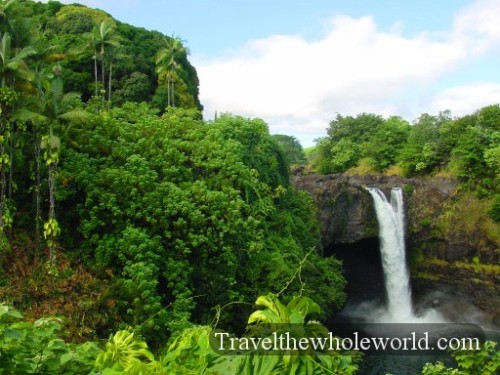 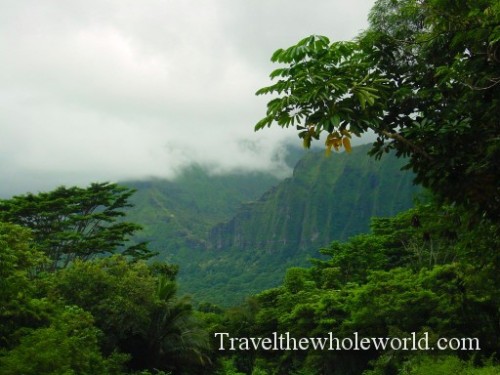 Some more photos of Hawaii’s natural beauty are Rainbow falls on the upper left, and the mountainous rainforests seen in all the islands below. 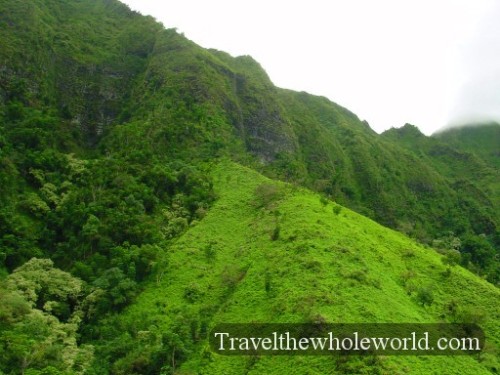 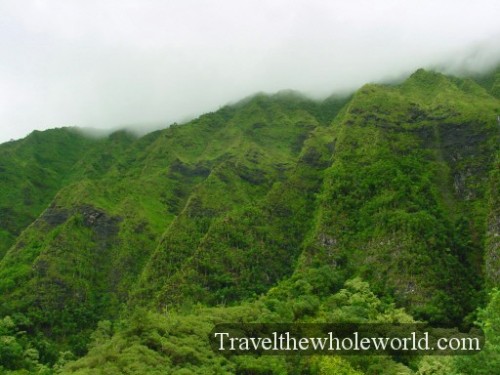 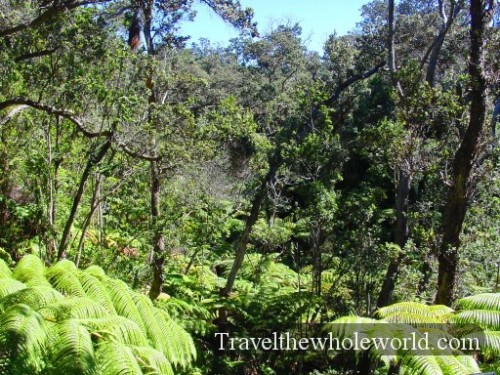 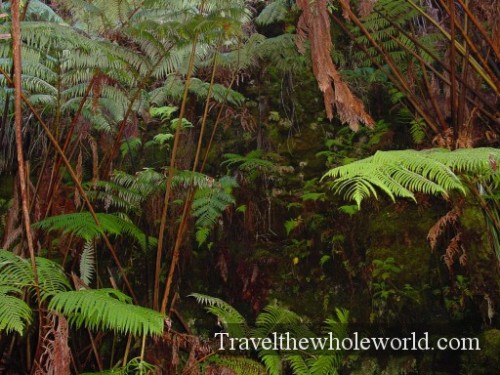 Since my trip to Hawaii was unplanned, I want to go back again and do an over night trek into the rainforest. I did do some short hiking and took the two photos above of the rainforest, but I’d love nothing more than to spend several days here exploring on one of the most remote places in Hawaii. Not to mention I also have my mind set on hiking to the top of Hawaii’s 13,000 foot mountain, high enough to have snow!