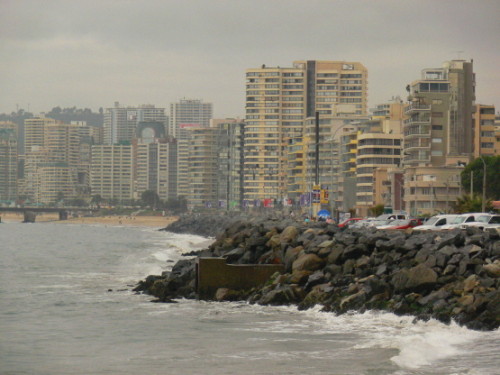 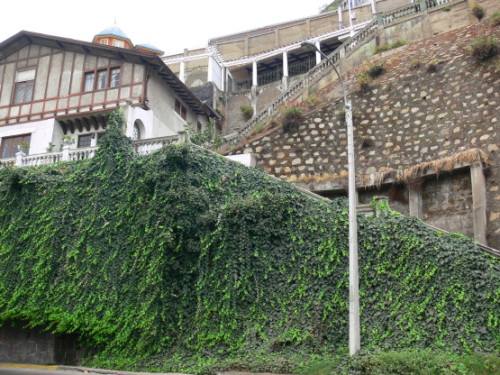 So far in my travels, I’d say Vina Del Mar is the most exotic beach city I’ve been to in South America. I’ve been to some really beautiful beaches in Colombia, or Uruguay, but this place is one that I’d especially like to go back to. In some ways it reminded me of an artsy beach town in California, but aside from that the city was definitely unique with its own vibes going on that can’t compare to other places I’ve been to. Most of my sunny days here were lost to overcast skies that also kept the weather pretty cool in the low 60s (17C). This combined with some of the steep inclines the city has made Vina Del Mar feel a little San Franciscoish. Above you can see some of the hotels and apartments built directly along the beach. Every once in a while you’ll find a casino here as well. 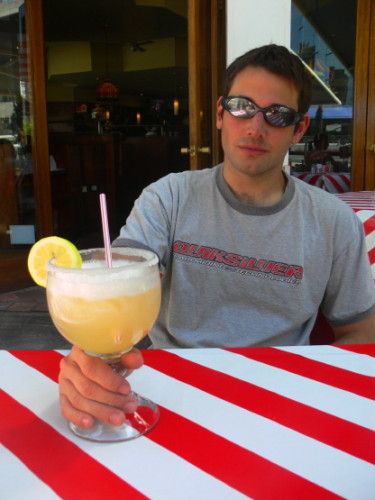 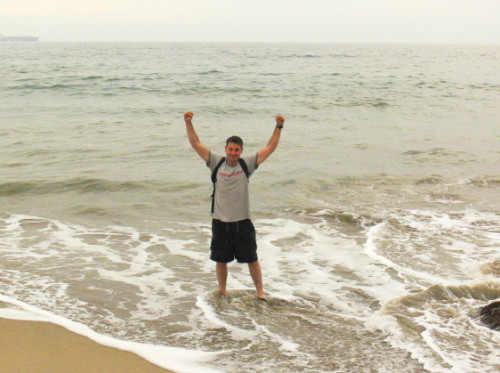 Vina Del Mar was my immediate destination after climbing Aconcagua, the highest mountain in South America. Once I arrived to the city all I wanted was to do was eat ice cream, visit the beach and relax with a drink in my hand. I easily accomplished all these things along with my climbing partner from the mountain. Below on the left is me celebrating by drinking a margarita and in serious need of a haircut after three weeks on the mountain. On the right is me entering the water fulfilling our vows to go to the beach once we got off the mountain. We went from nearly 23,000 feet (7,000 meters) to the ocean in only a few days! 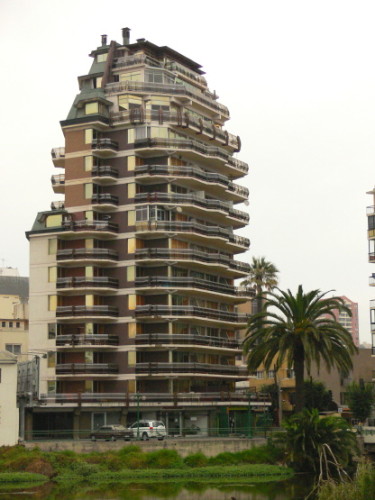 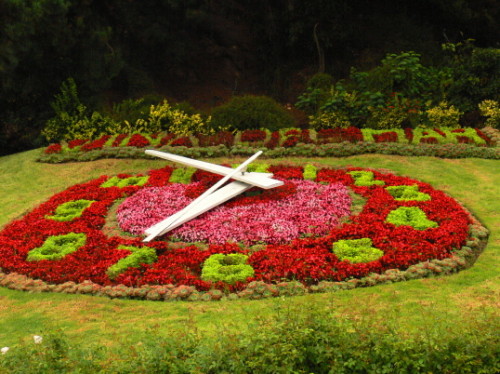 What I liked most about Vina Del Mar was the exotic feel the city had. I felt like I was in a city that was a melting pot of culture from both Americas and was topped off with European culture. Lots of places in the city had some interesting architecture and designs that caught my eye. On the left is an apartment building and the city’s garden clock on the right. Below is a photo of downtown Vina Del Mar and its main river just before it exits the city. On the lower right is Vina Del Mar’s main commercial street called Valparaiso, where all kinds of restaurants and exotic shops are found, and even at least one tattoo parlor. 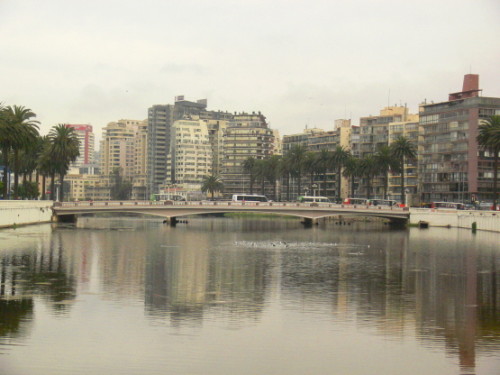 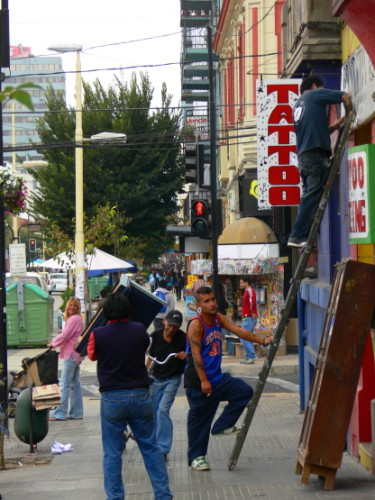 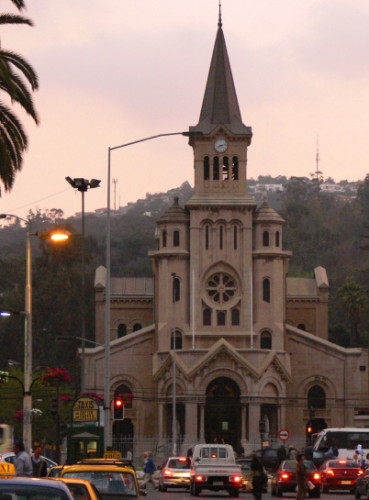 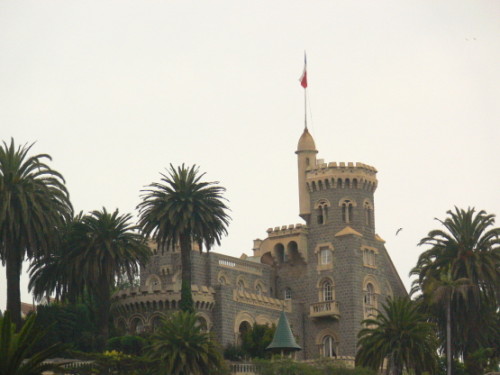 It’s pretty rare to see a boring building in Vina Del Mar! This hotel in the lower right photo was actually shaped like a ship, but I was so close that I could only capture a corner of it. There are all sorts of designs in Vina Del Mar such as ships or boats, a few futuristic buildings, but castles seem to be the city’s favoriite. On the upper left is a photo of a church that I thought looked like a giant sand castle. These two other castles are hotels, with the one on the upper right having an Africa theme once you stepped inside. 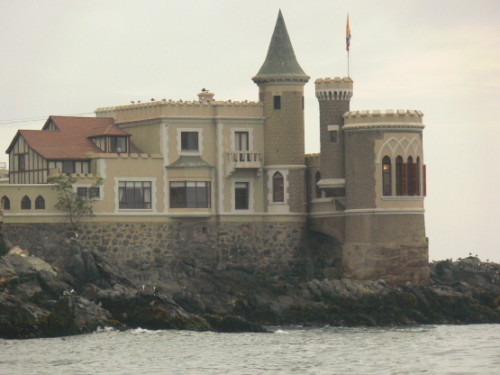 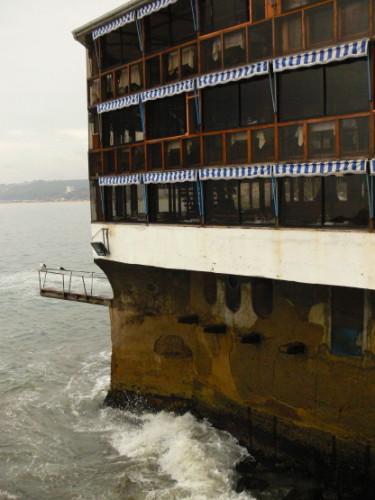 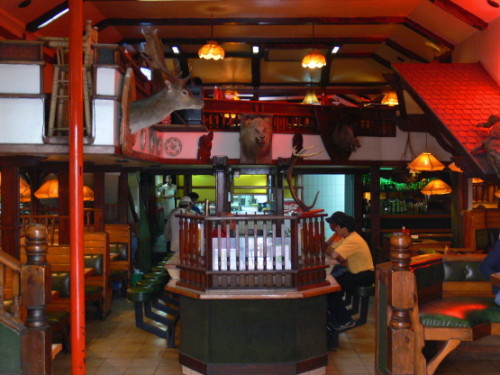 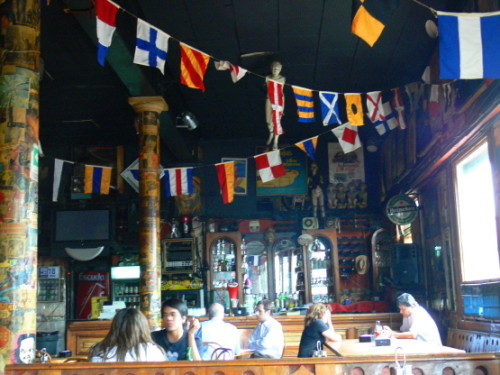 I wish I took more photos of the things I did in the city. Most of my shots were from when I was exploring during the day or going out for lunch. This left photos shows a restaurant, and on the right is an awesome cafe I went to almost every morning. I remember they had a coffee drink called the mafioso which had liquor in it and was great for hangovers! 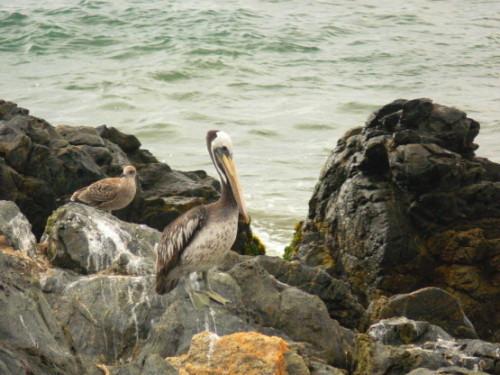 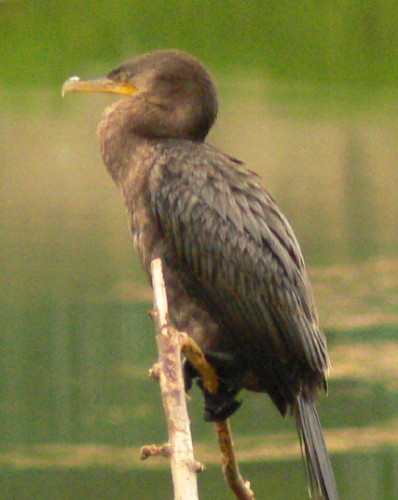 And finally from Vina Del Mar, some flora and fauna found living in the city. I didn’t go to any dedicated wildlife areas in this part of Chile so nothing too impressive to share here. There were a lot of pelicans and cormorants along the beach for sure. There water wasn’t the best temperature to swim in at this time of year, but when the weather changes there are plenty of sandy areas as well as rocky ones! 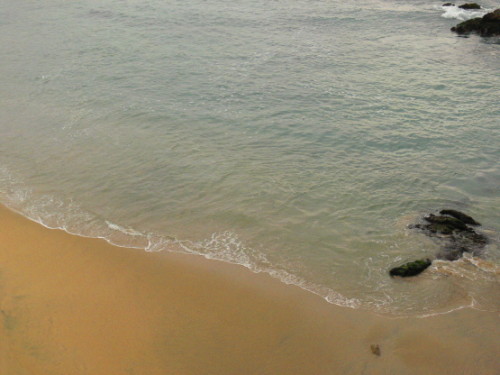 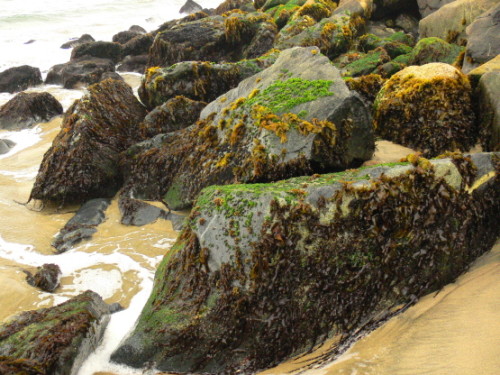