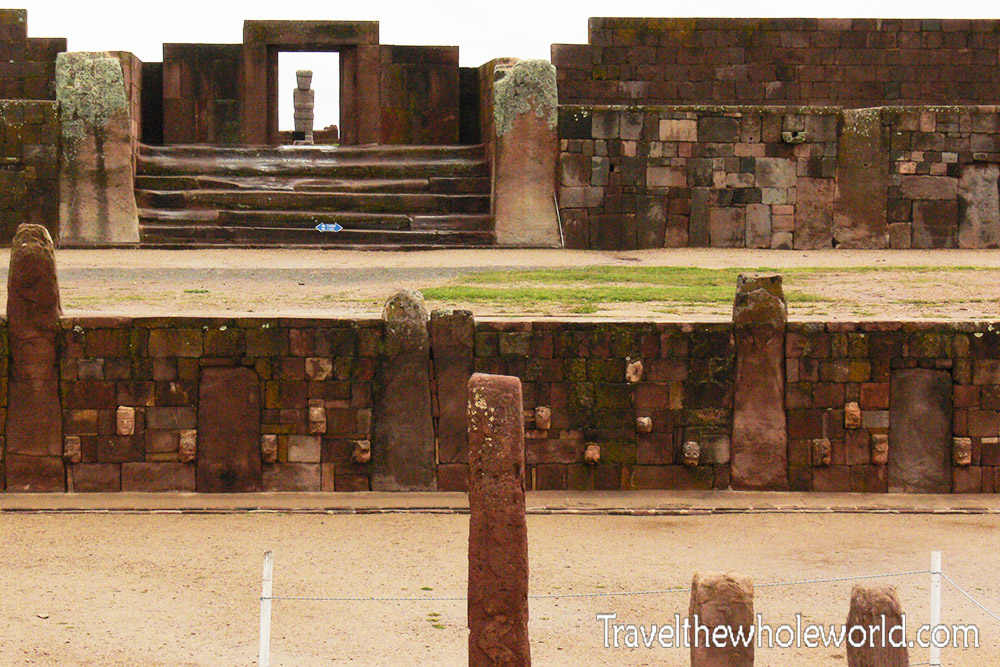 Along the borders of Bolivia, Peru and Chile was the home of the most important pre-Inca era civilizations. What’s known as the Tiwanaku people inhabited this area from around 300 AD to 1000 AD. The area that I visited in Bolivia was considered to be the Tiwanaku capital. Left behind are some impressive ruins ranging from temples, statues, and even a few mummies. Photographed above is the entrance to the Tiwanaku capital. 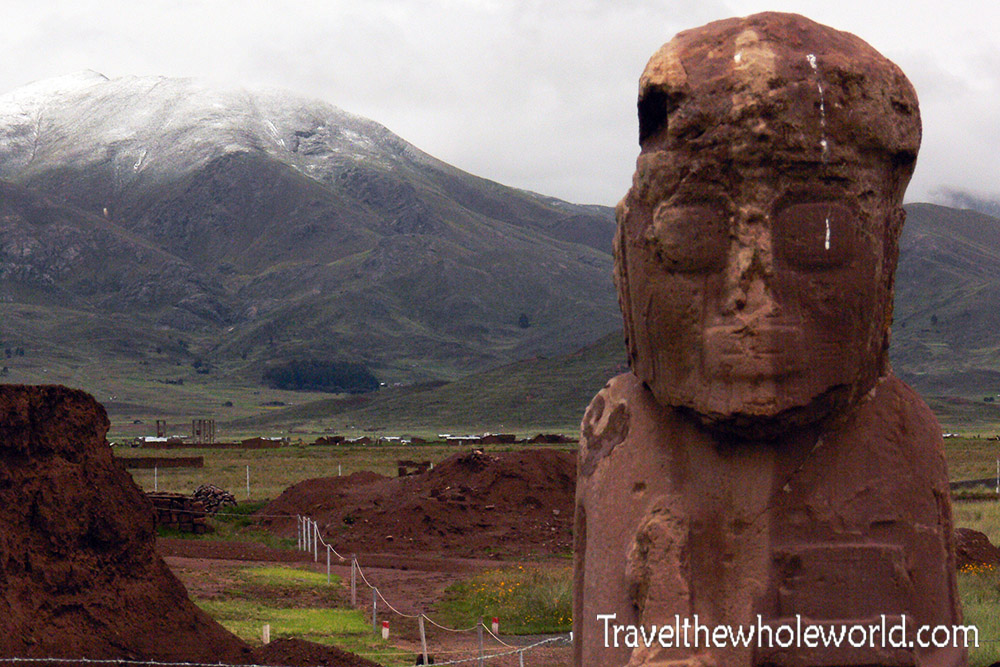 Since the Tiwanaku people didn’t have a written language, lots of information about their culture and cities has been lost forever. As a matter of fact, no one is even certain of the name of these ruins! While they didn’t leave behind their history in writing, they left behind some impressive statues like these two above and below. 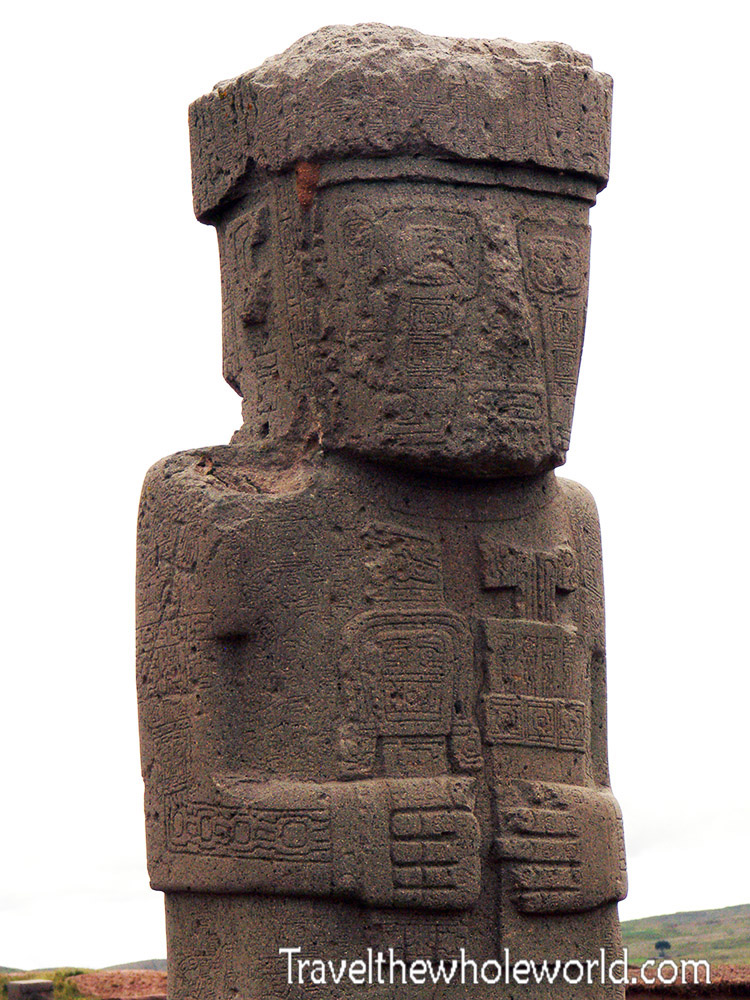 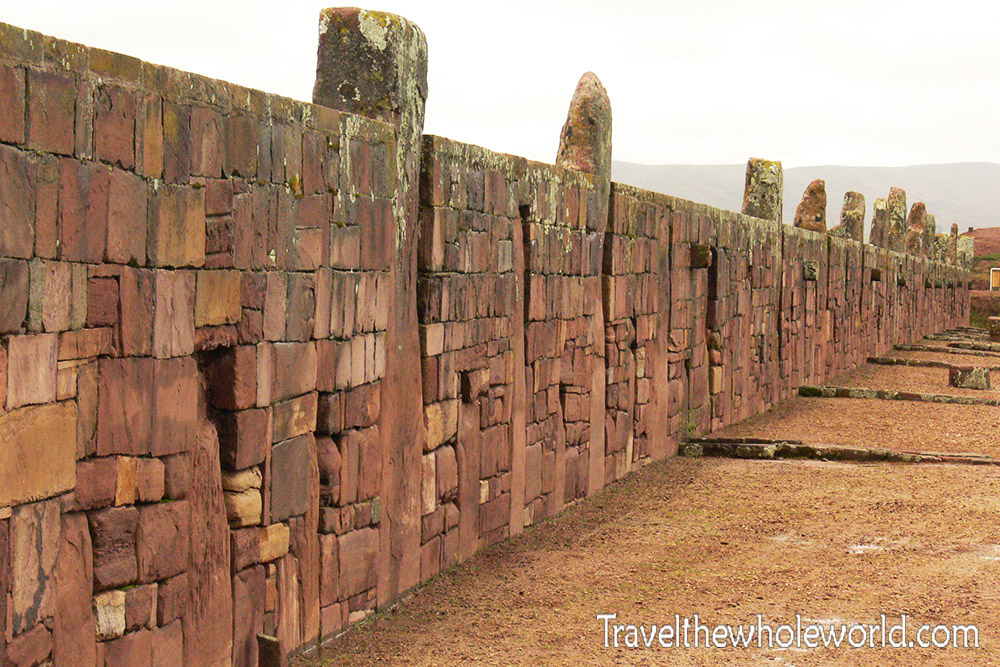 The remains of Tiwanaku are pretty large and for the most part they’ve held up well over the past millenniums. It’s estimated that they lived in this areas as long as 3,500 years ago while their empire grew and reached a peak around 2,500 years ago. Well before the Inca’s had their reign! The photo above shows one of the walls of their plazas. 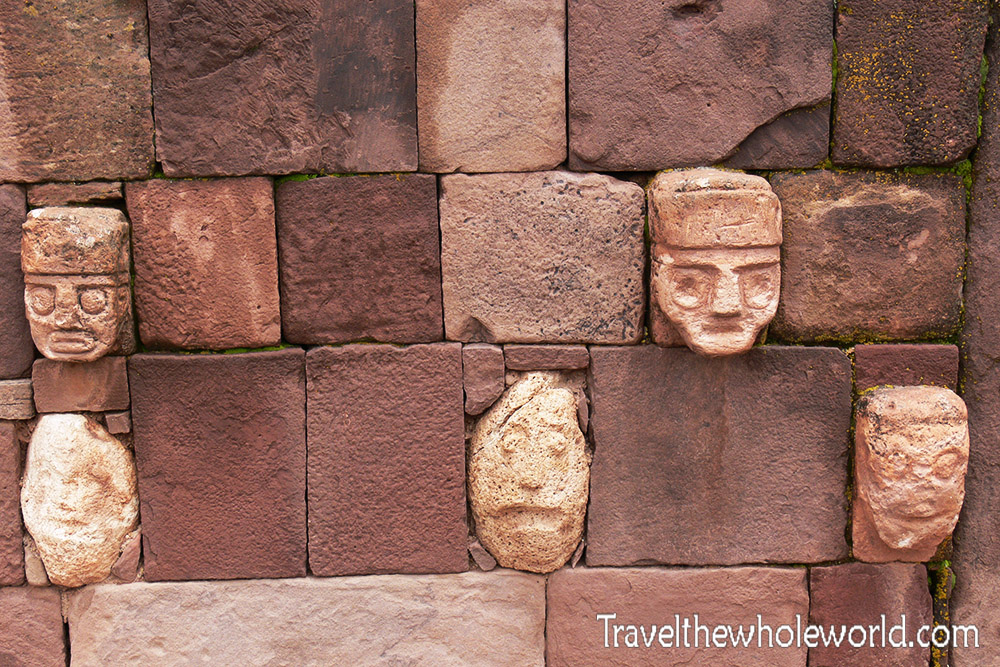 Decorated along some of the city walls were what’s known as Tenon heads. I never got a solid answer on these, but I’ve heard these heads resemble some of the other neighboring tribes that were conquered. Tenon heads were popular in other South American cultures as well and exist from Bolivia west to Peru. Some use animals such as eagles or pumas as well, while in Tiwanaku I only saw human heads. 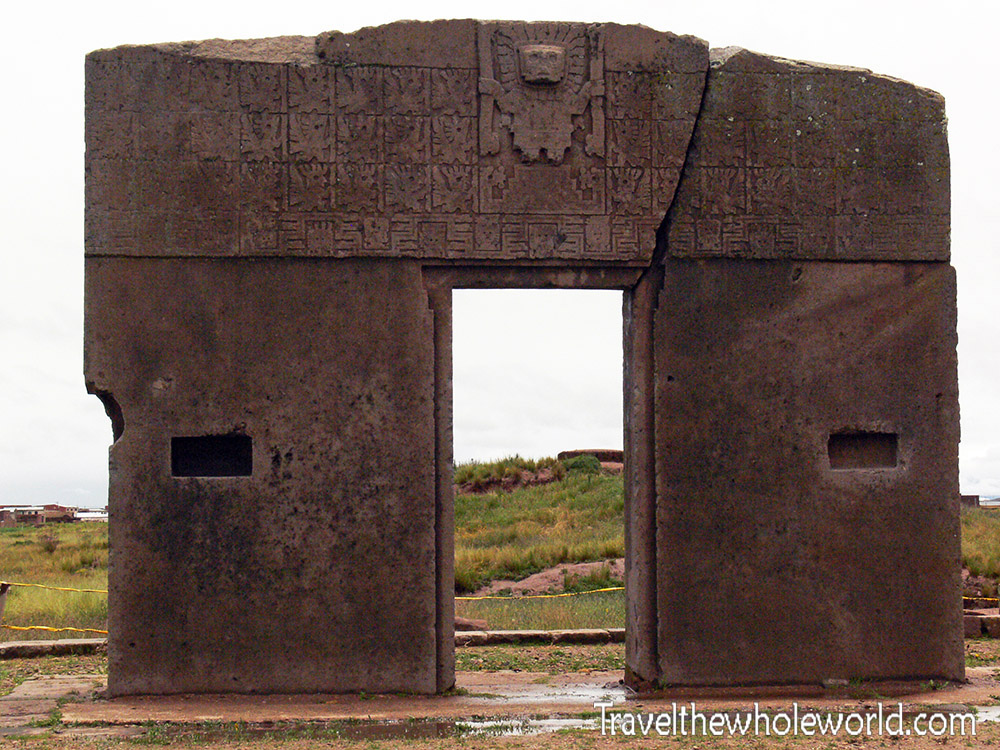 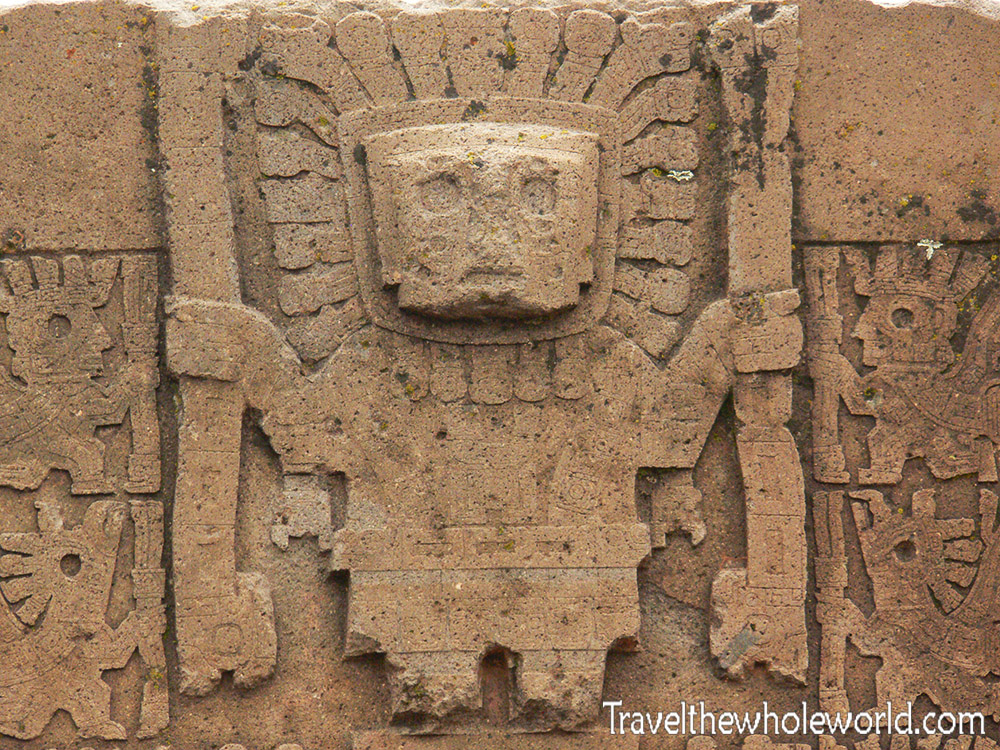 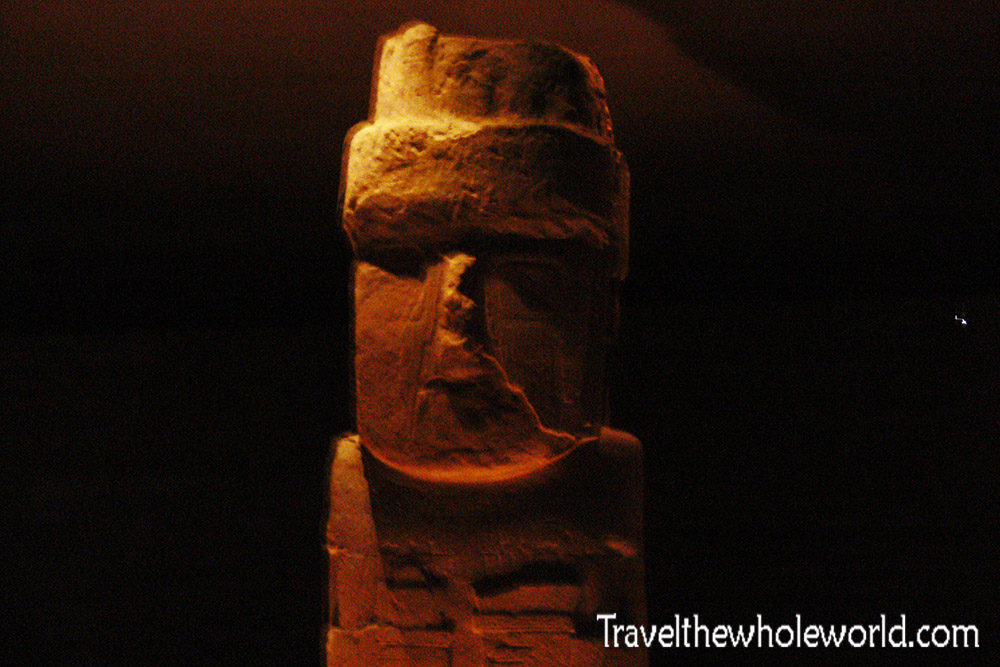 There’s also a large museum on site with several artifacts that were recovered. The statue above is the largest known statue remaining from this ancient civilization. Several mummies were left behind from the Tiwanaku people as well. It is believed that they defleshed some of their dead. Evidence of this was found by cut marks on the skeletal remains of the mummies. The mummy photographed below was also found in the museum. 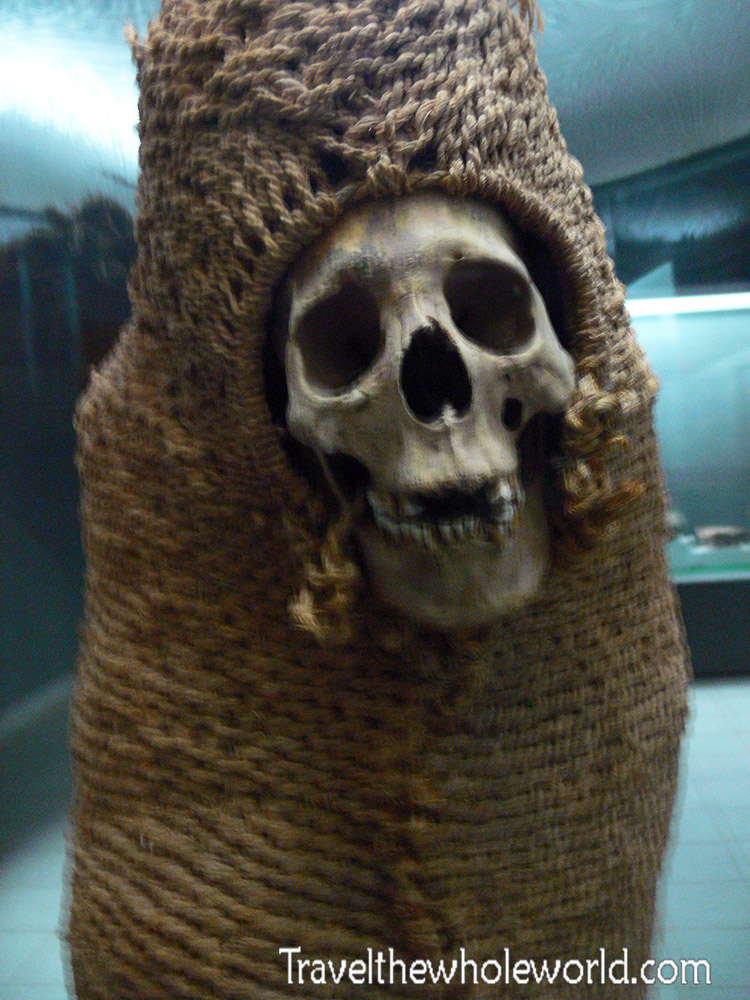