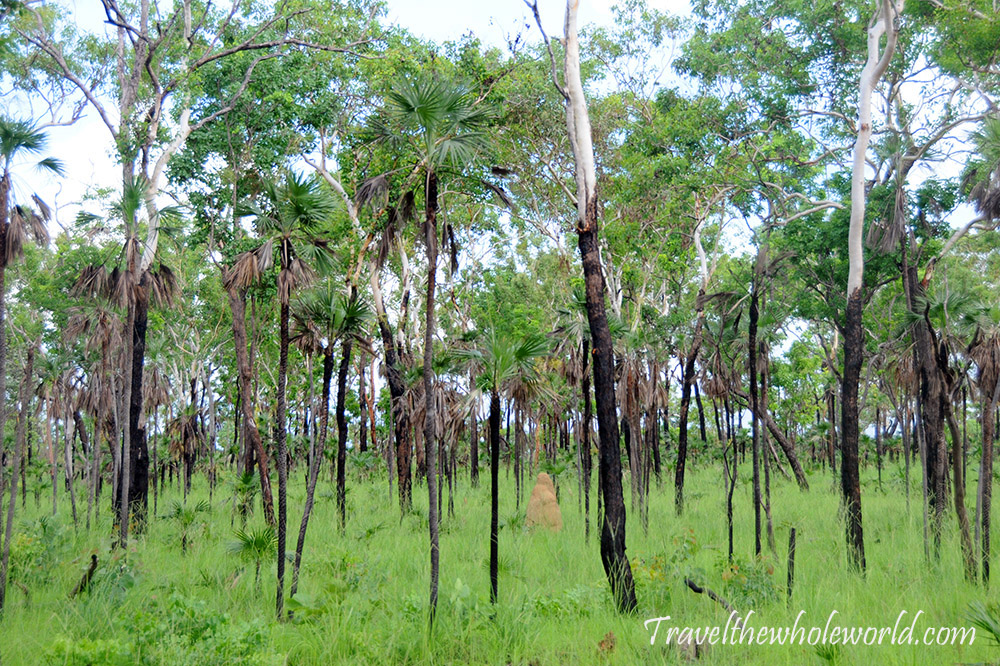 Just outside of town is Litchenfield National Park. The forests here look the same as what I drove by after leaving Darwin. Grassy plains with trees that with occasional termite mounds. The forests here looked like they were once just a field that someone had abandoned and some small palms and trees only recently took over, but I imagine the hot weather here keeps large dense forests from taking over the land 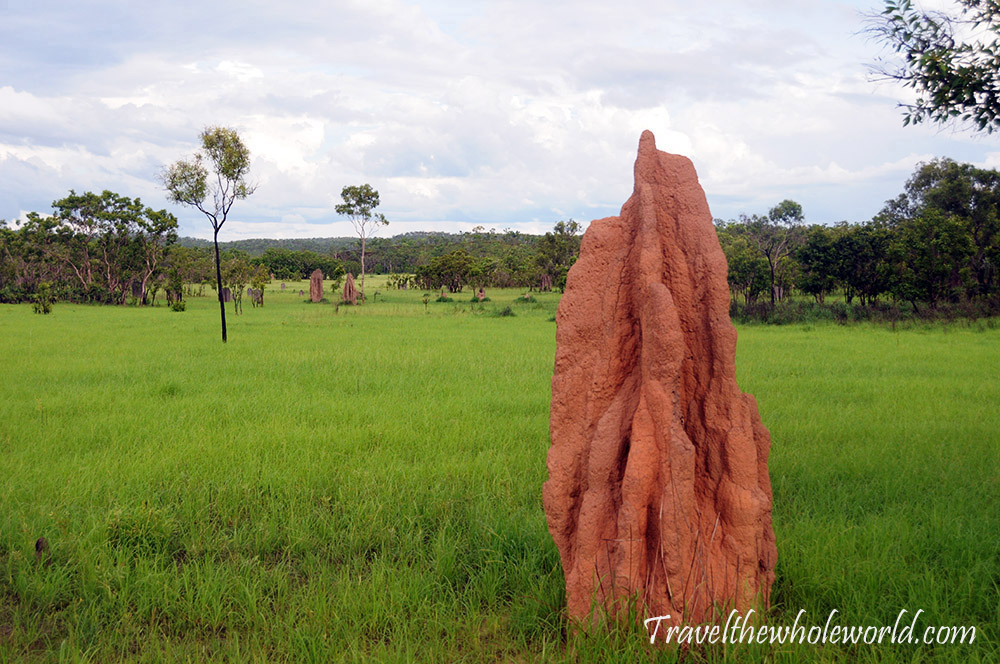 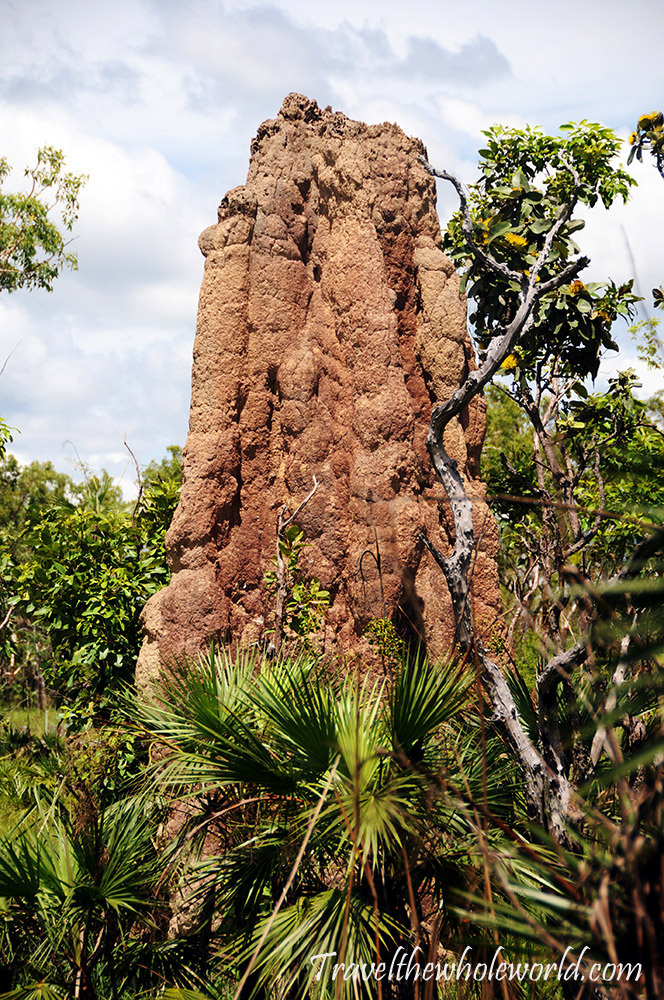 I’ve seen lots of gigantic termite mounds around Africa, but never anywhere else. The termite mounds in Australia rival the largest I’ve ever seen before, with many that tower around 2 meters or over 10 feet. These here are known as the magnetic termite mounds, due to the termite’s ability to align them both in north and south directions. These above are some of the larger ones that I came across, one field I saw had dozens of them and almost looked like a graveyard from a distance 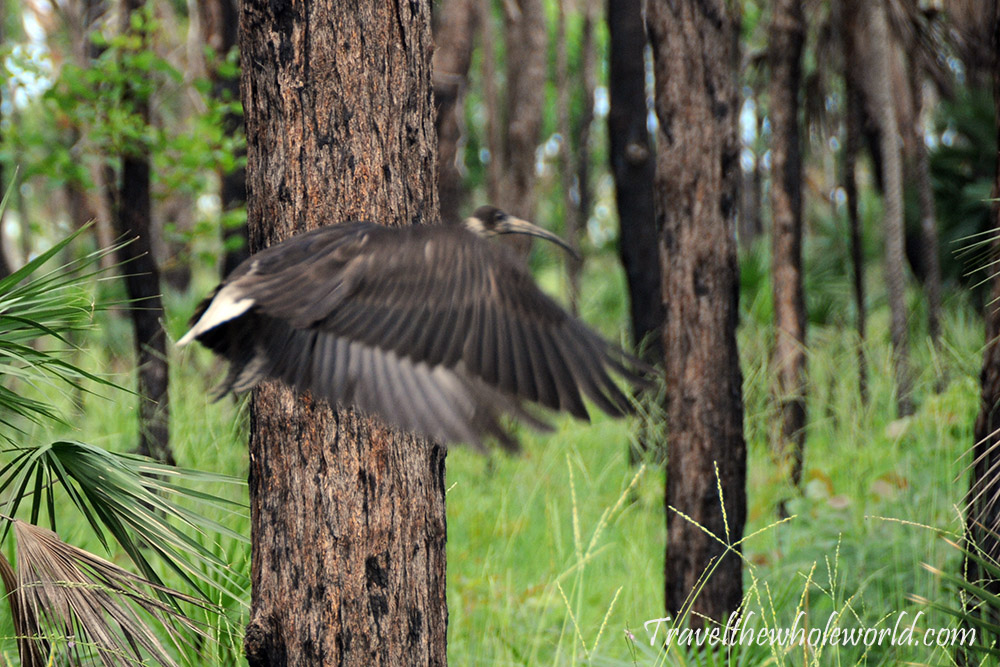 This bird here I came across in the national park and is a Straw necked Ibis (Thanks Steve!). The Straw necked Ibis is found throughout Australia and Tasmania as well as parts of New Guinea and Indonesia. The neck of this species of Ibis is actually white, but because the bird is in flight it’s difficult to see in this photo. On the right is a rainbow that appeared as the sun was beginning to set, and even though it wasn’t a full arch the colors were vibrant and strong and it certainly added to the experience in Litchenfield 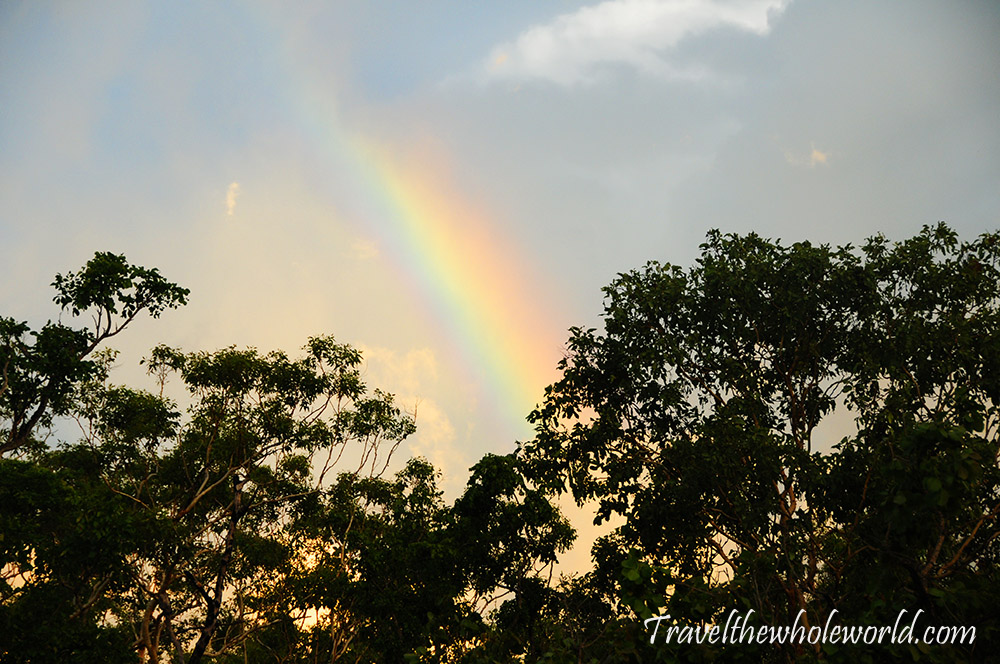 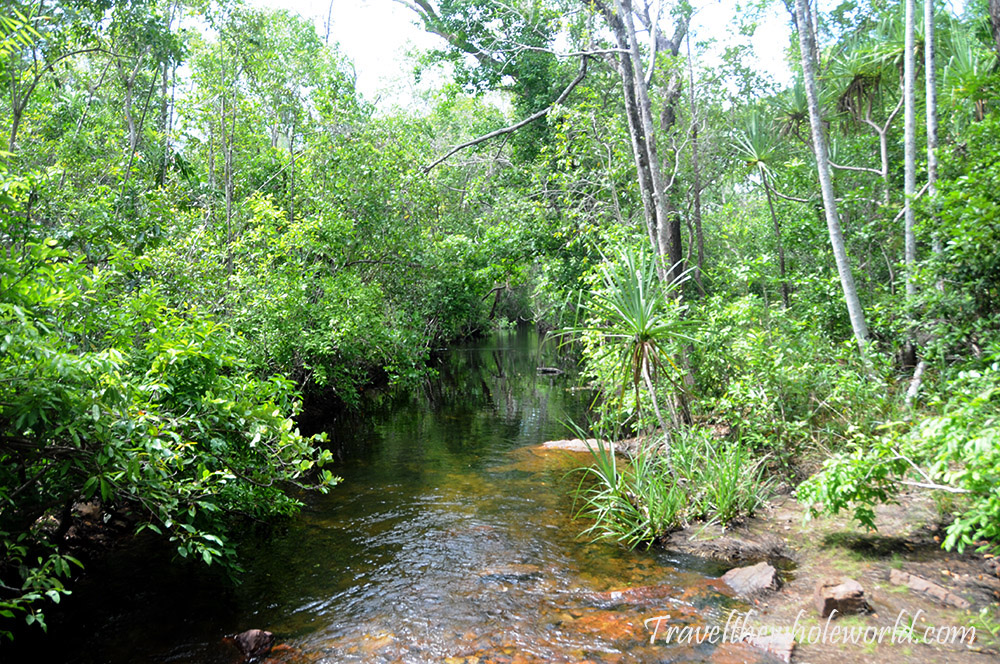 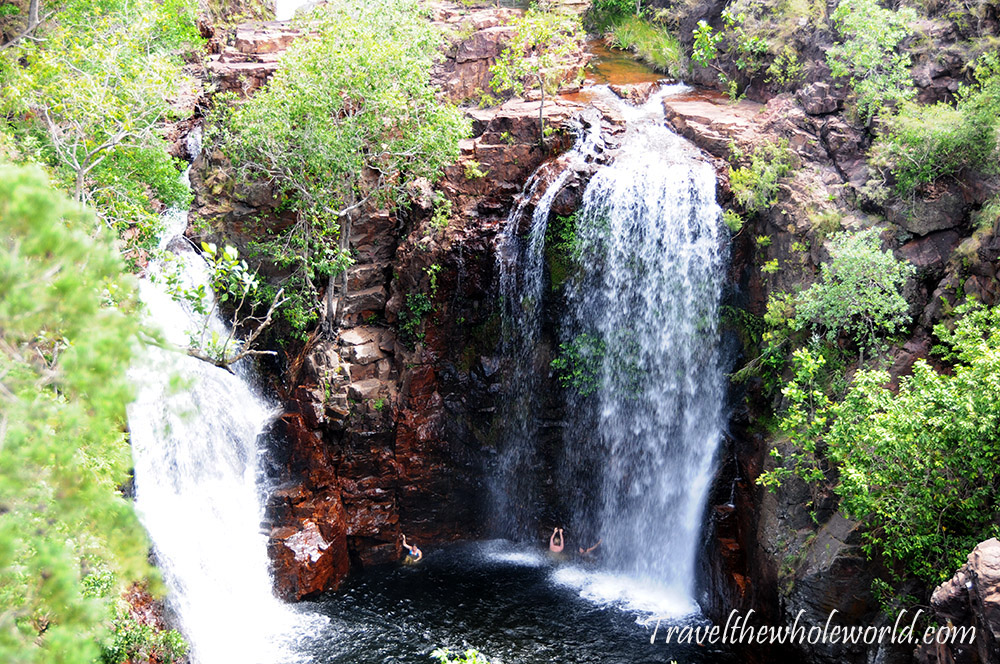 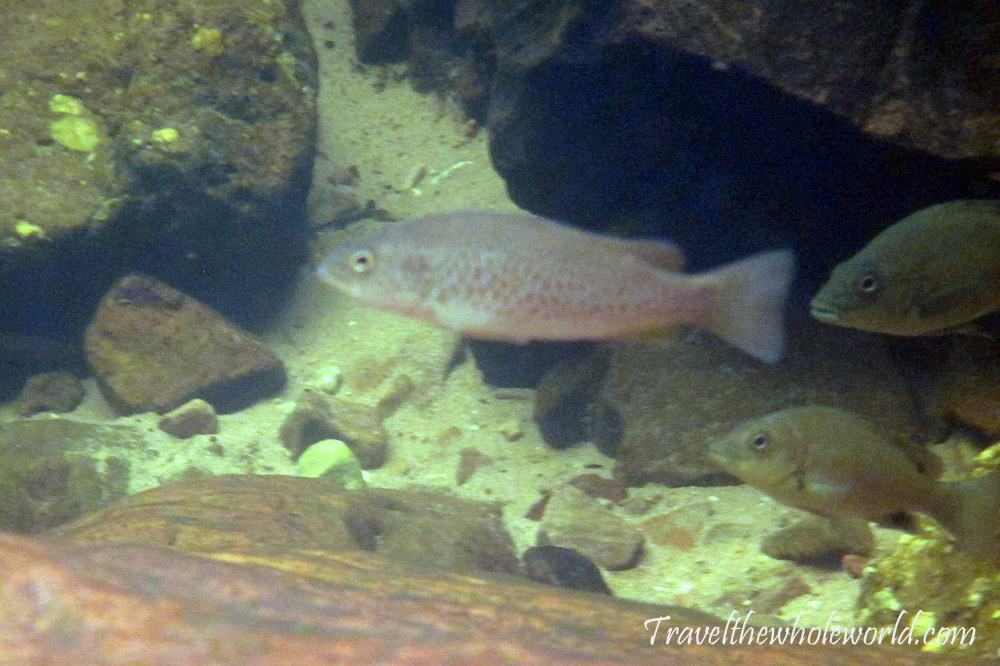 Since the coast is dense with crocodiles, fresh water pools of water are the best place to swim in the North Territory. Despite being far from the coast though, crocs can still make their way here, especially during the wet season. The creek and water fall above had a nice pool with crystal clear water and lots of big fish that had no fear of people. 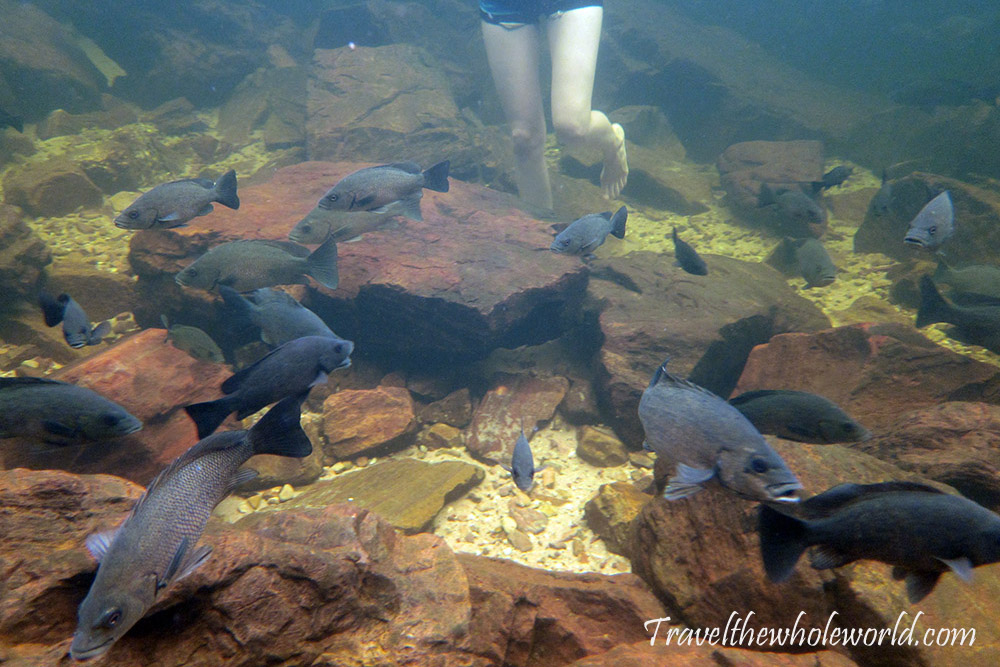