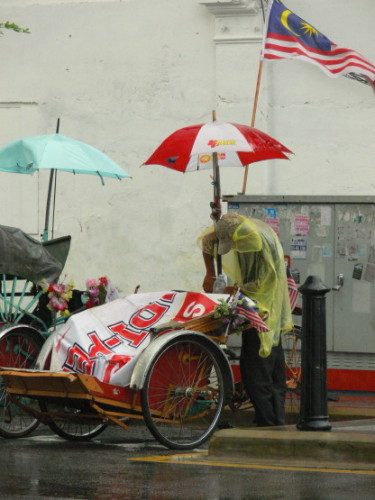 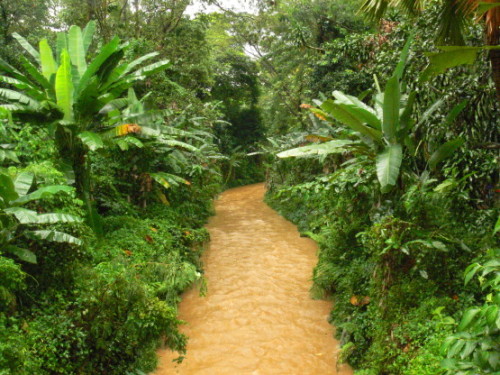 I visited Malaysia in the rainy season in October. Usually the days are overcast but occasionally in the morning you can get some breaks in the clouds. Just about every day I was here it rained, fortunately the storms never lasted more than 30 minutes. On the left is a man putting on his raincoat and getting his umbrella out as a brief storm rolls in. On the right is creek flowing muddy water in a forest just after heavy rains. 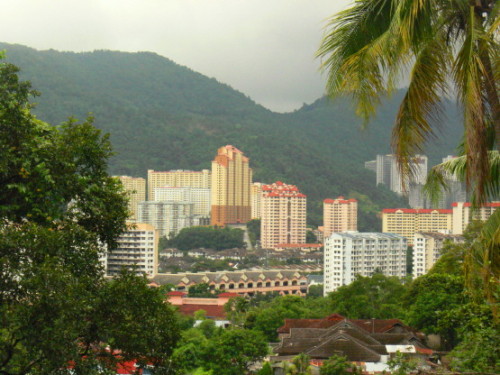 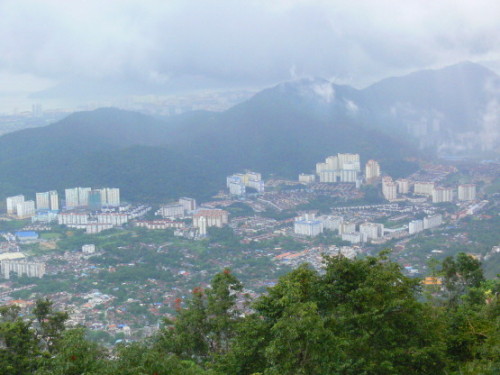 The small island of Penang is located on the western part of Malaysia in the straight of Malacca. The island is famous for its many temples, great beaches and its city of Georgetown. You can see some of the high rise buildings above and nice condominiums found throughout the island. The picture on the right was taking from Penang Hill, the island’s highest point over 800 meters. As it was the rainy season, the view was mostly blocked by clouds and overcast. 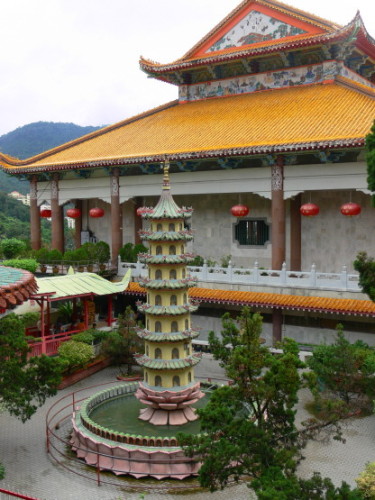 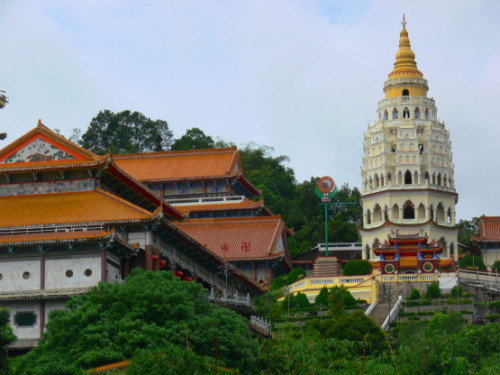 The temple above is known as Kek Lok Si, translated from Chinese as Temple of Supreme Bliss. The temple is by far the most popular and arguably the most beautiful in Penang. Kek Lok Si is a large complex with several large buildings and dozens of rooms. Kek Lok Si is not an ancient temple having been built in 1890 with other additions still continuing today. The temple remains very important to the Chinese population in Malaysia, with several major festivals taking place at Kek Lok Si each year. 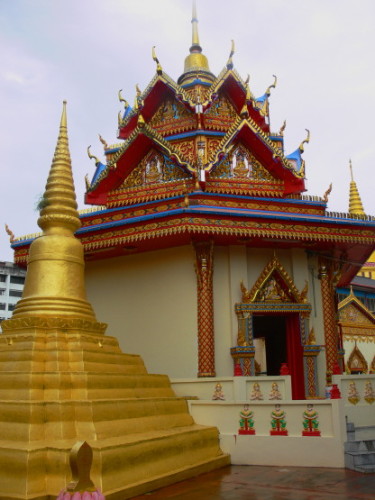 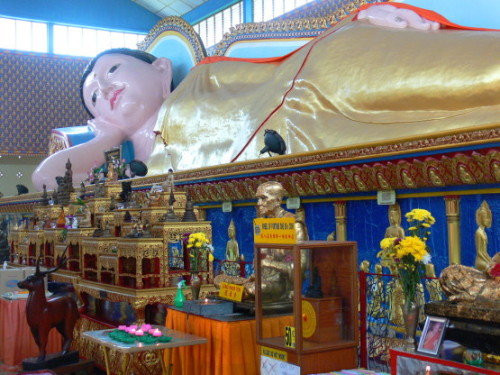 Other temples from different cultures except in Penang such as the Thai temple above. Known as Wat Chayamangkalaram and also as the Sleeping Buddha temple, it is the home of the third largest reclining Buddha in the world! 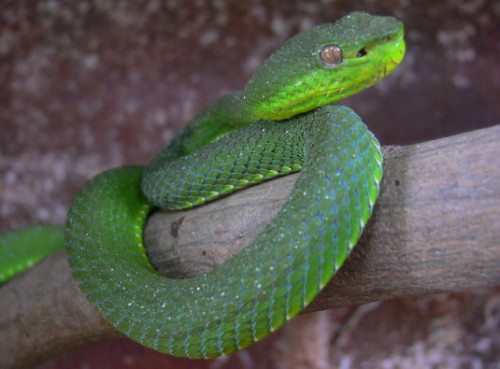 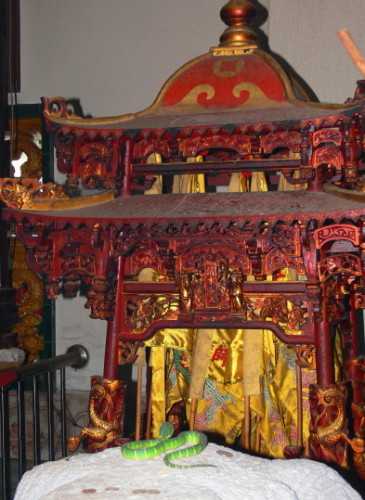 The most unique temple in Penang and my favorite for that matter is the Snake Temple, also called Temple of Azure Cloud. It is the only temple in the world that holds poisonous vipers, some which are free to roam around. On the left is a viper that appears to be praying. It is one of the several poisonous snakes that are free in the temple. The larger one on the right is in a cage. 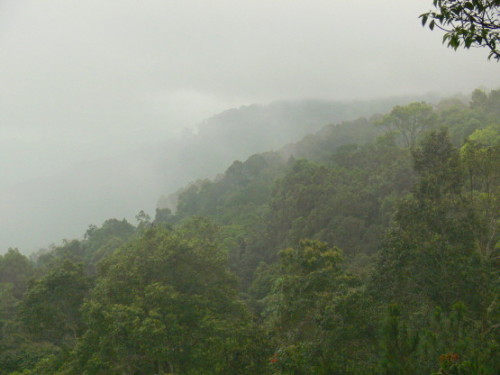 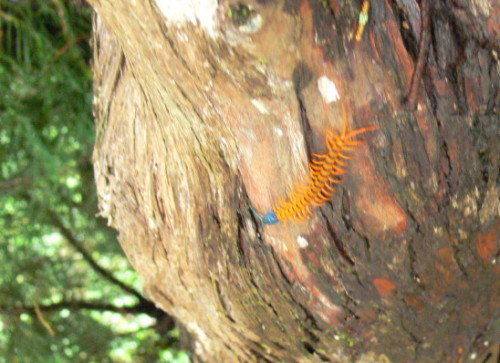 Rainforests in Malaysia are just outside of the equator and many scientists agree that since they are so close the rainforests may have been unaffected by previous ice ages that impacted other forests more severely. In other words the rainforests in Malaysia are considered to be the oldest in the world. Above are clouds moving in on a rainforest, on a tree near the ground is a colorful centipede. The thing didn’t stay long and was fast so it came out blurry. 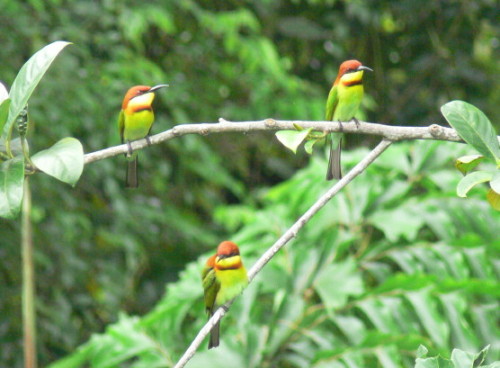 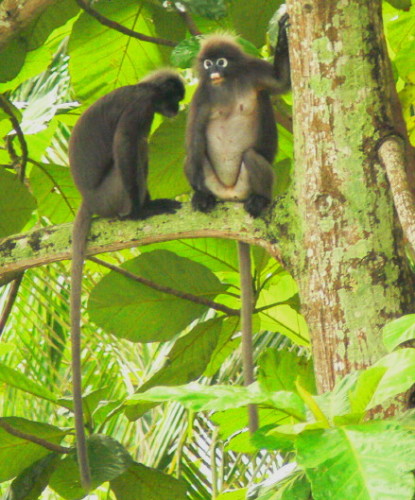 The colorful birds on the left are known as Chestnut-headed Bee-eaters. For some reason every time I go to Africa I seem to come across bee-eaters, but this is my first time seeing them anywhere in Asia. In another tree right net to the birds were these monkeys. Their known as dusky leaf monkeys, and are most identifiable by their eyes and their extremely long tails!