At 19,340 feet (5,895 meters), Mt. Kilimanjaro is Africa’s biggest mountain and the highest free standing in the world. Climbing Kilimanjaro is more of a week-long high altitude hike than a true mountain climb. There are several different routes to choose from and, since few are technical, no previous experience is required. Kilimanjaro was my first experience on a large mountain. What I found most exciting was watching the terrain change from rainforest, to grassland, and then to alpine desert as we ascended. The two most popular routes to the summit of Kilimanjaro are the Marangu and the Machame route. I chose the Machame route because it is said to be more challenging and the hike itself is more scenic. 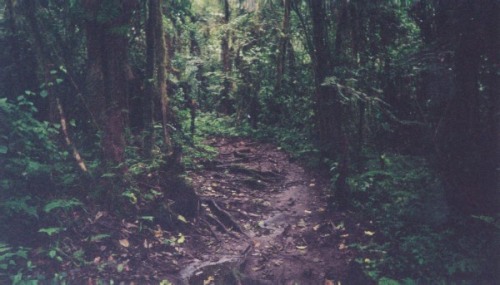 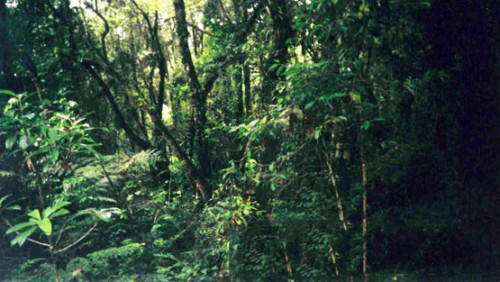 The climb of Mt. Kilimanjaro begins in a muddy rainforest. At the end of your first day on the mountain, you’ll find yourself leaving the rainforest and arriving into a grassy environment. Immediately before Kilimanjaro I had been on a safari elsewhere in Tanzania. During the two weeks before the mountain I had seen nothing but clear skies and dry plains. I knew I was going to be trying Kilimanjaro during a short rainy season in November, but it seemed difficult to believe with all the sunshine I had. Once on Kilimanjaro, the rain was unstoppable and seemed to go on all day and night. 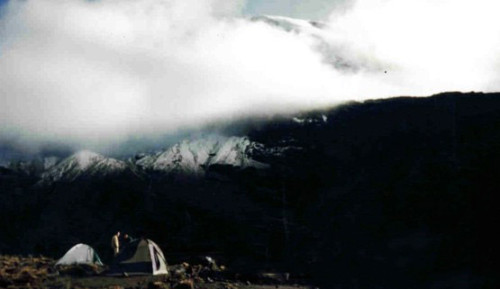 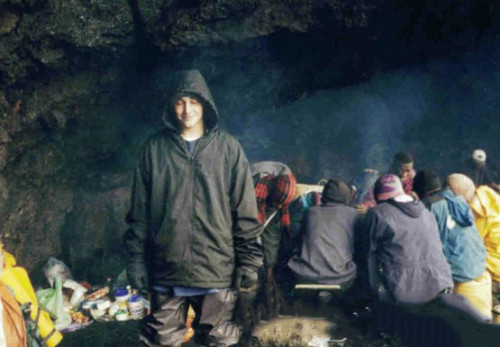 On the left is one of the first views I got of Kilimanjaro’s glacier. On the right is one of our campsites, which took advantage of a small cave. This was the perfect shelter for the constant rainstorms. Each day I’d get soaking wet and have to dry all my gear by the fire at night. The smoky smell stayed on my gear for almost a year after, no matter how many times I washed it. On the upper right is myself standing in front on the camp, way back in 1999! 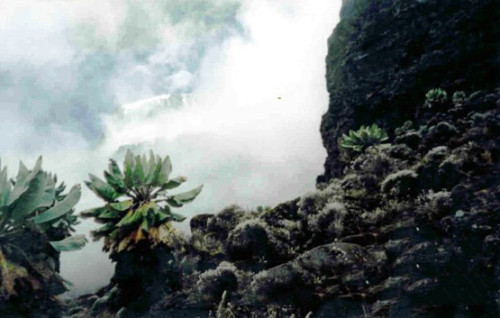 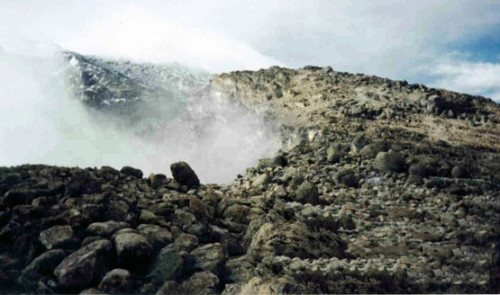 The next zone is an area that is very rocky and is also home to the giant Senecio plants. You can see some smaller ones on the left, but some of these plants can grow close to 25 feet in height! The taller ones are pretty much big trunks with no branches, similar to a palm tree. These strange plants along with the rocky environment made it feel as if I was on another planet. As we continued higher in the climb we finally reached the alpine desert. To the right you can see that this part of the mountain is lifeless; nothing but rocks with some fog rolling in. 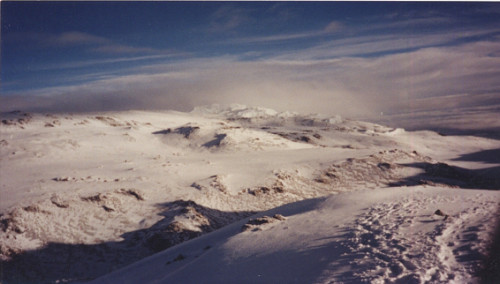 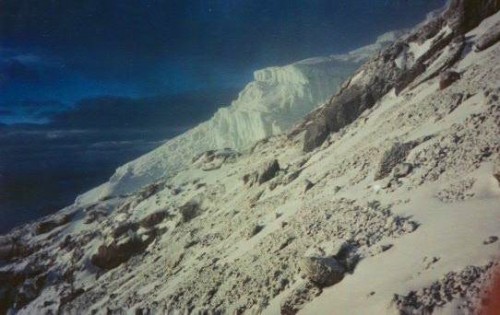 Eventually we got high enough in the climb that the temperature dropped to freezing. I had actually been looking forward to this, since rain was now snow and I was no longer fighting to stay dry. On summit day we left camp to midnight with the goal to be on the top for sunrise. Two others I was with were incredibly slow, so by the time the sun rose we still were a ways from the summit. Looking over to my left I saw this huge block of ice. Since this was my first true adventures and I was only 18, I thought, “Whoa! What is that!” My guide explained to me it was the Arrow glacier, and we would be approaching it soon. Ironically, the first time in my life seeing a glacier was on the equator in Africa.

Unfortunately these two pictures of what I saw above may be something of the past. I climbed Mt. Kilimanjaro in 1999, but others that I’ve talked to who have climbed it more recently told me they saw almost no snow, even at the very top. Some scientists blame this on global warming and say that in the next decade or two, the glaciers and snows of Kilimanjaro may be lost forever. 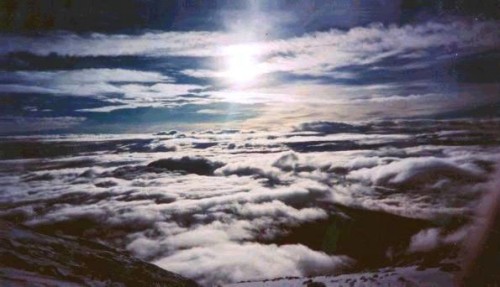 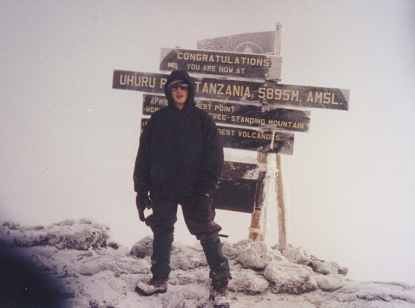 On the left is a picture of the sun rising as I stand between two layers of clouds almost at the summit. I reached the top early in the morning on November 27th 1999, conquering my first of the Seven Summits!