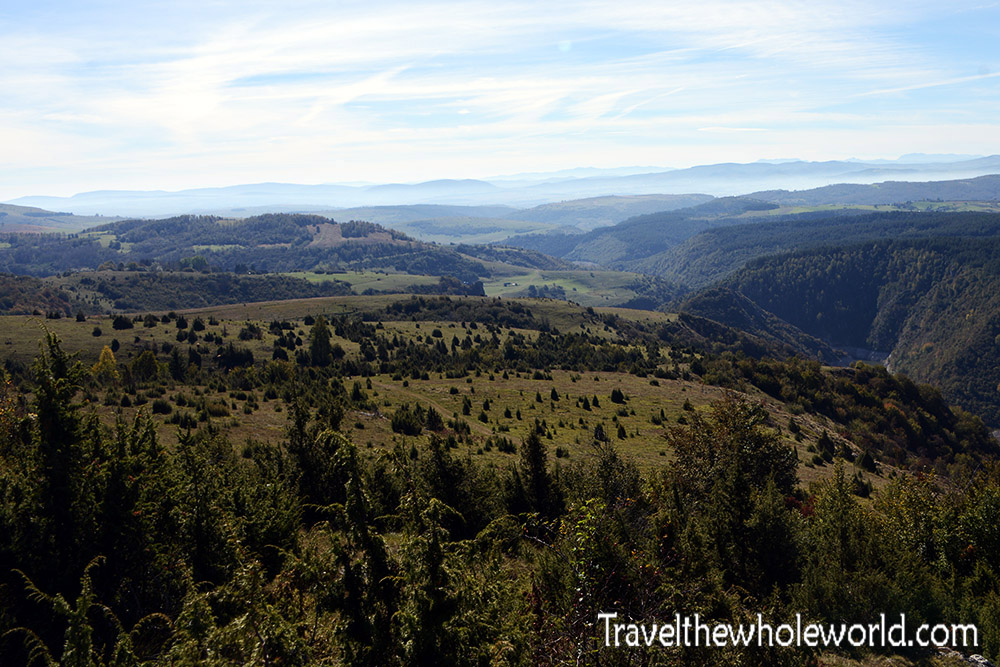 In the south central parts of the country, you might not suspect there’s a small but spectacular gorge. I wasn’t really clear on where exactly to drive to when I came to visit. My map told me to visit the town called Uvac which is along the south side south of the gorge, but on other maps I could clearly see a trail to the northern side. The windy and unpaved roads here are annoying to drive on, and I risked a big hassle by going straight the northern side. The terrain surrounding the gorge shows no hint that it’s hiding an amazing sight nearby, and I wonder how many people in centuries past walked right minutes away from it without realizing their loss. 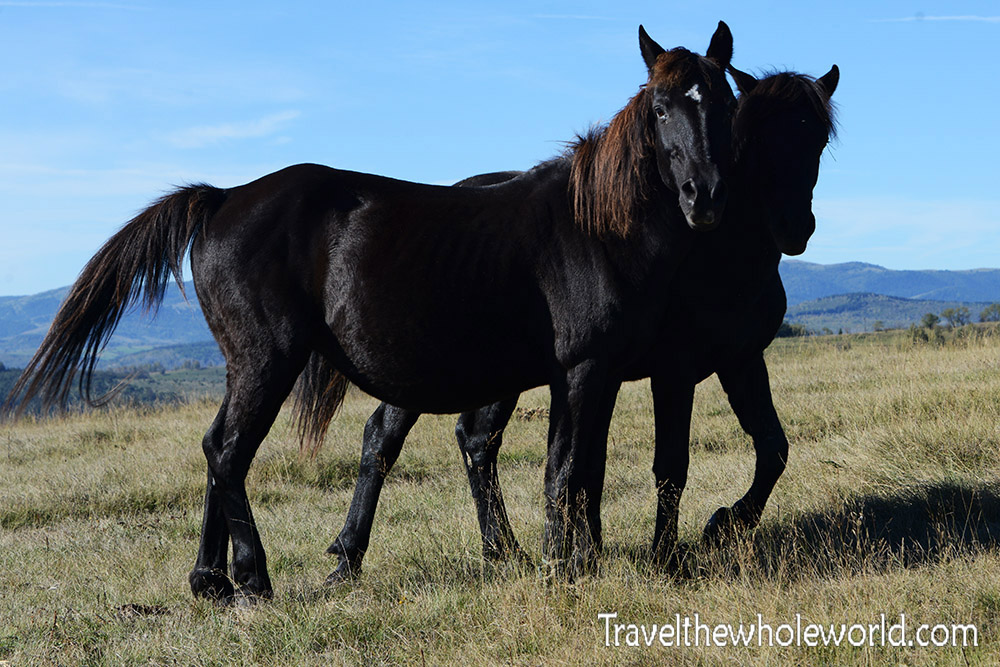 When I got to the end of the road, my map showed that I was just a five minute walk from what I thought to be a trail. Instead of a trail all I saw was a dreadful warning sign that said private property, both in Serbian and English! Maybe I should have gone straight to Uvac afterall? My GPS warned me that the town of Uvac was only two miles away (three kilometers) but would take over an hour because I had to drive around the entire gorge. At this point the saving grace was seeing these two beautiful horses that I came across. 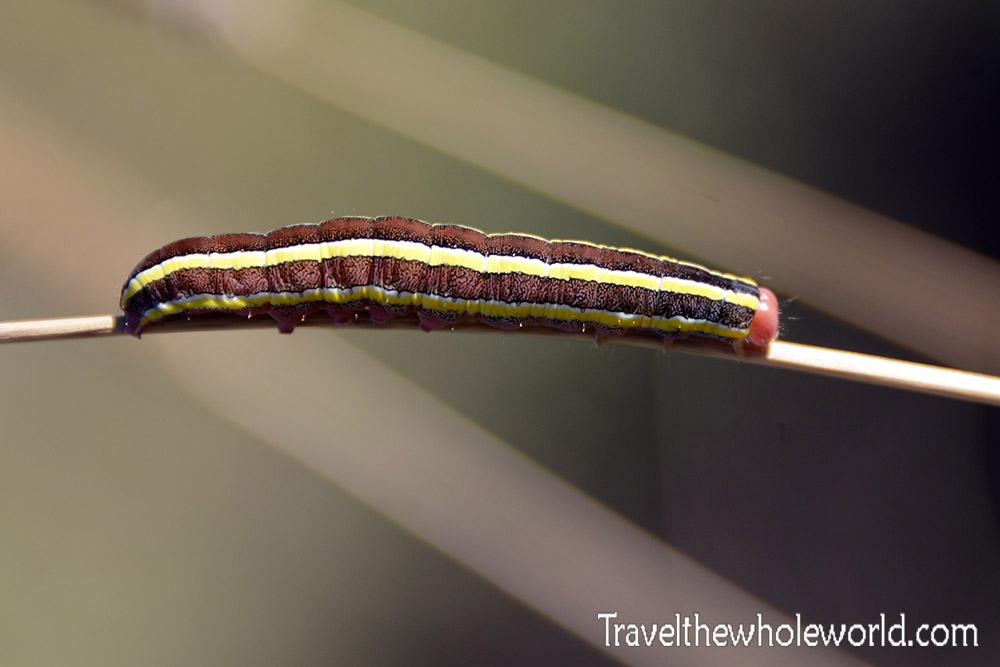 Of course I wasn’t going to park or enter anyone’s private property. The fact that property sign was also in English suggested they were used to people coming this way, so I was glad I wasn’t the only one. Eventually I found an area where it was obvious other people had parked, and there were no signs. I went through some brush and came across this caterpillar and lizard. Within a minute I did have to cross some barbed wire, and thought to turn back, but continued anyway. 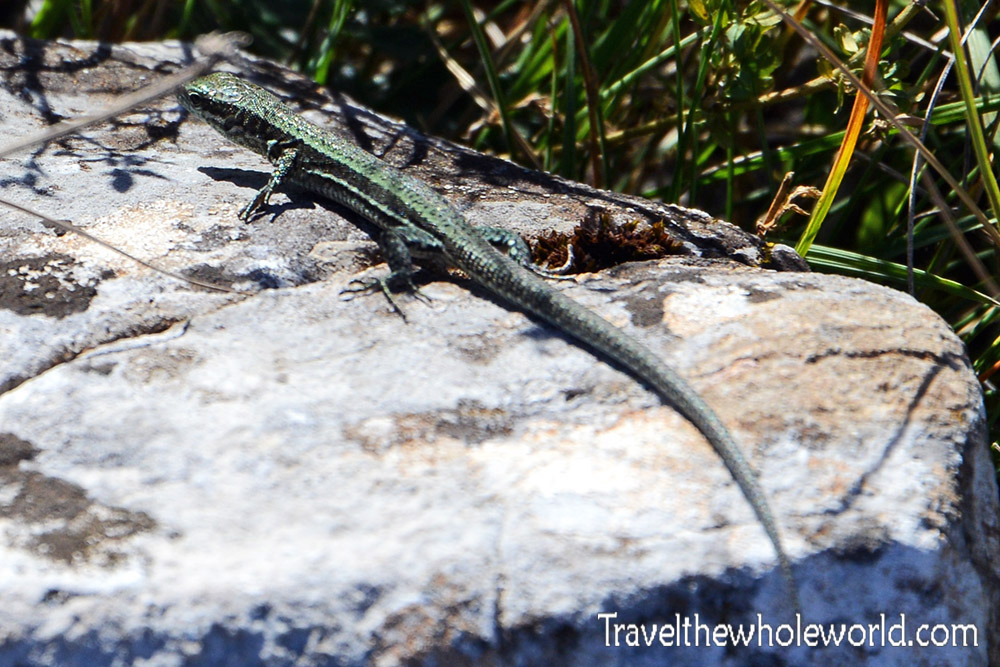 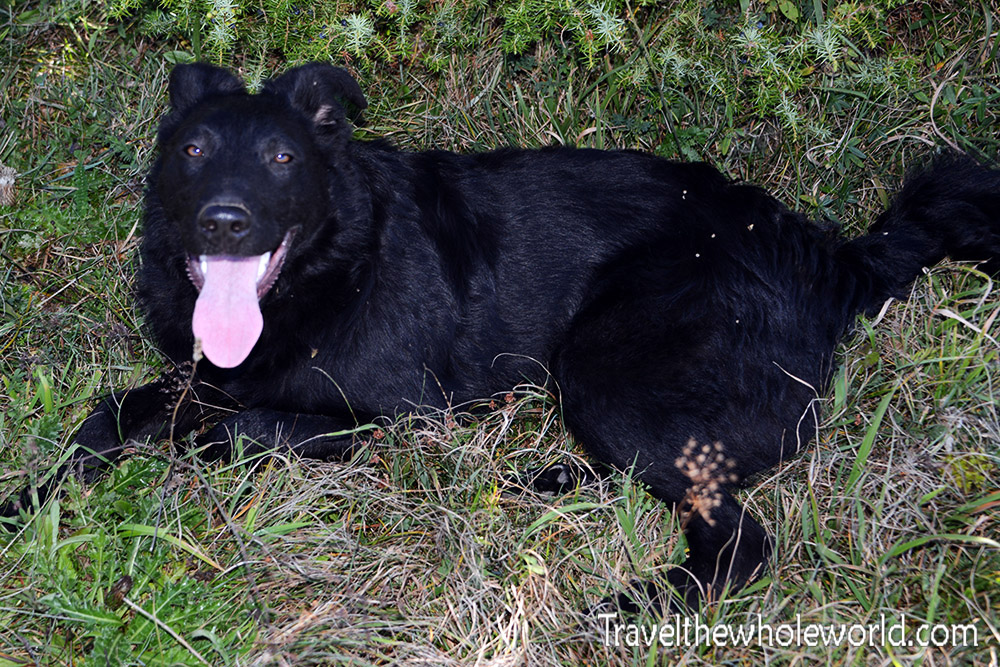 I’d say it took me less than ten minutes to get from my car to the trail; success! Almost immediately this dog in the photo above joined me on my hike. He acted as if he were my own pet and often didn’t go more than a few feet away from me. I visited in late September when it wasn’t that cold out yet but the dog was panting as if it was mid summer. Eventually two puppies also joined me and they surrounded me as I walked to the point that I had to take extra caution not to step on them! 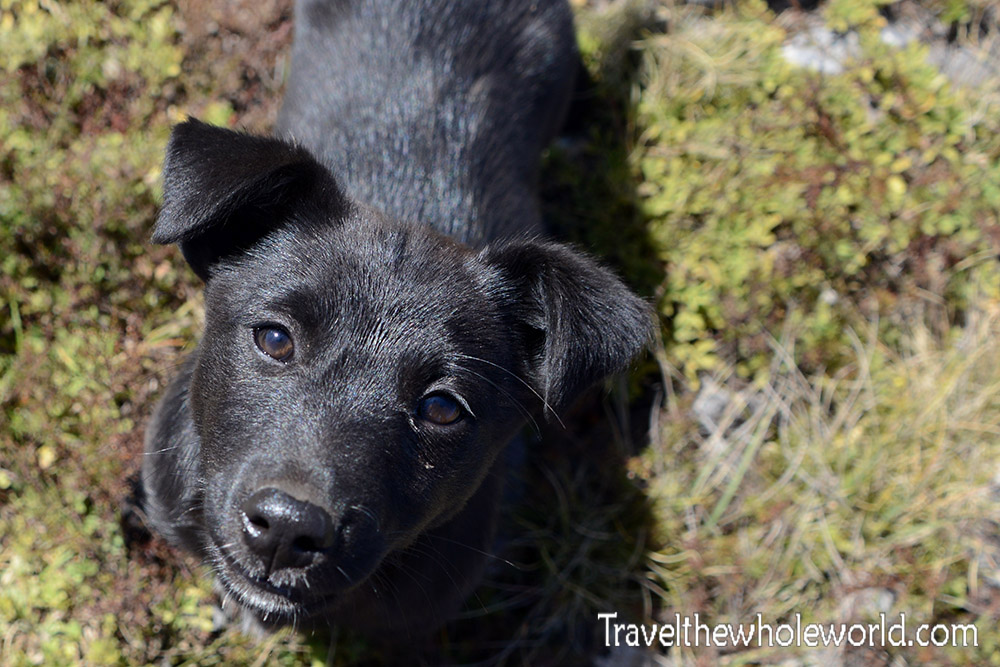 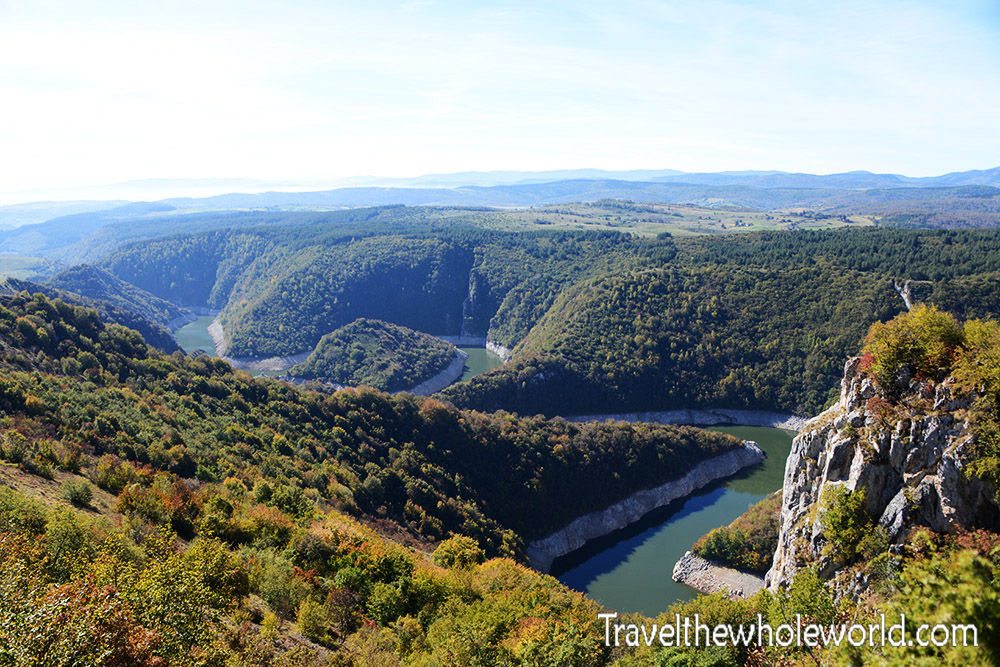 The trail that runs along the gorge and river looks like it could easily take someone an hour or more to get to this point, but I was lucky that I parked almost directly at the highlight. Only my cell phone could do a true panoramic shot, but I refuse to post cell phone shots when I can! The photo above shows the east side of the gorge, and the photo below shows the west side. This is one of the few places in the world where you’d absolutely need a drone to truly show how amazing this gorge is. 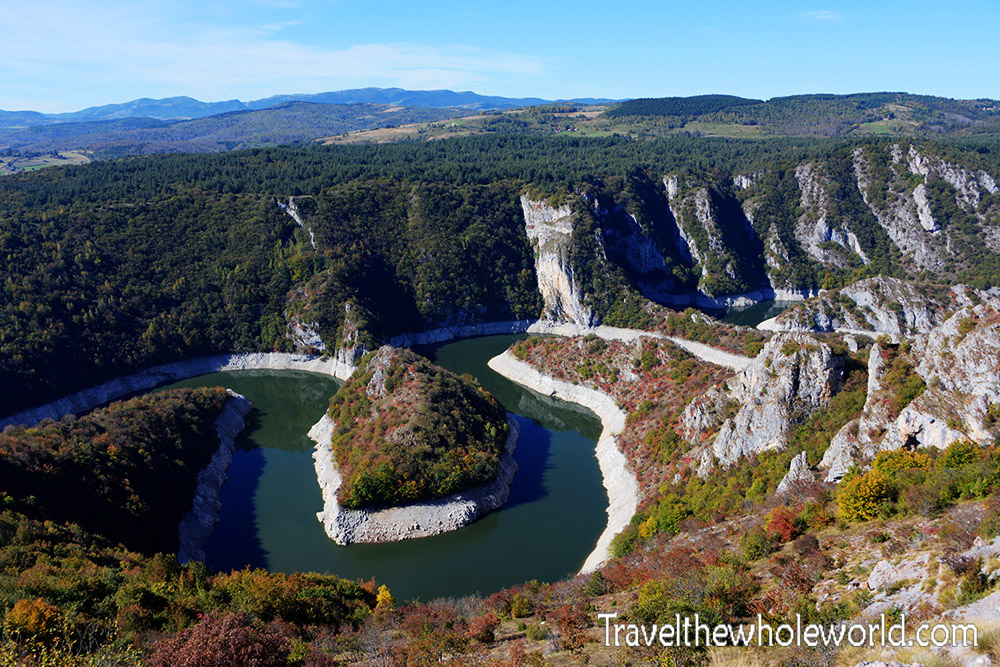 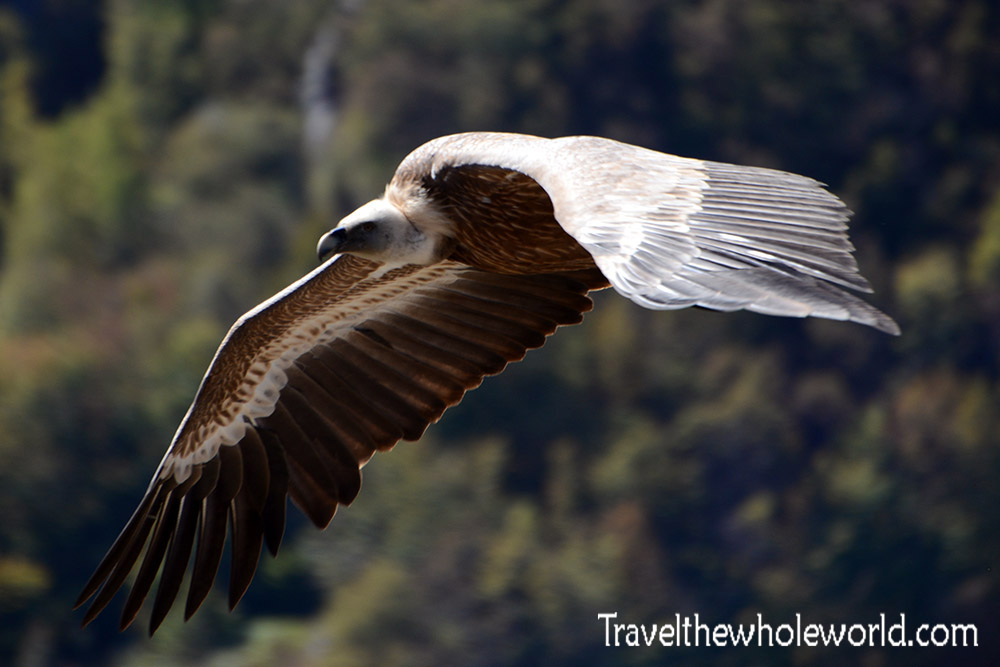 I spent a long time hiking back and forth along the trail, and as I mentioned earlier the dogs stayed with me the entire time. Towards the end when it was time to leave, the dogs decided to stay slightly ahead of me and made a random turn through some brush. It wasn’t the way I was headed, but since there was clearly a path there I followed them and got another view of the gorge. I decided to sit on a rock outcrop and take in some of the early fall colors and scenery. There are lots of birds in the gorge below, and at one point a medium sized boat even passed along the river. Most amazing though was how close some of the griffon vultures got! 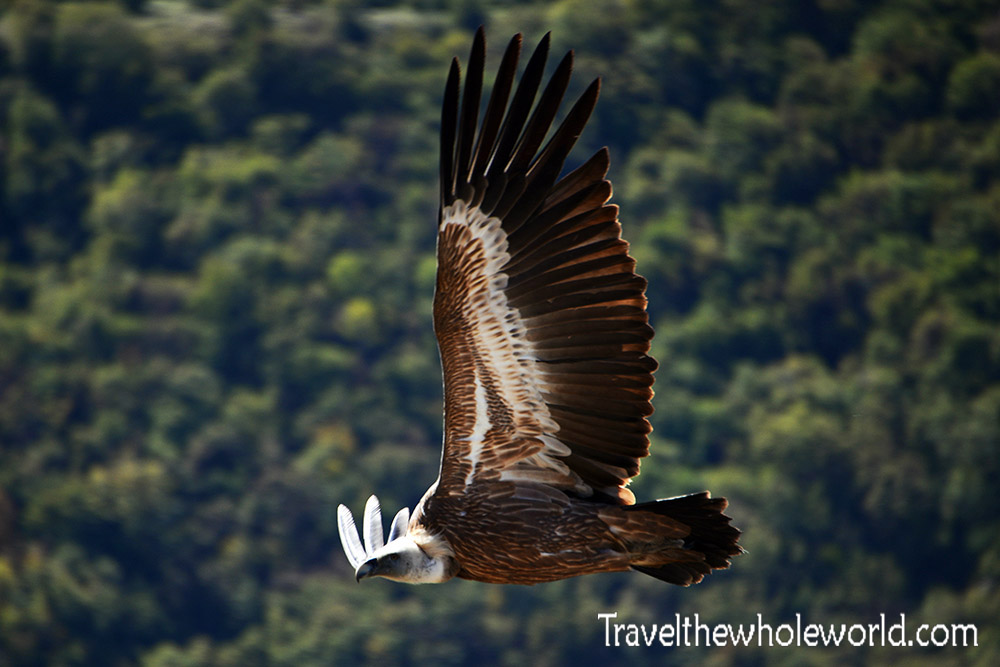